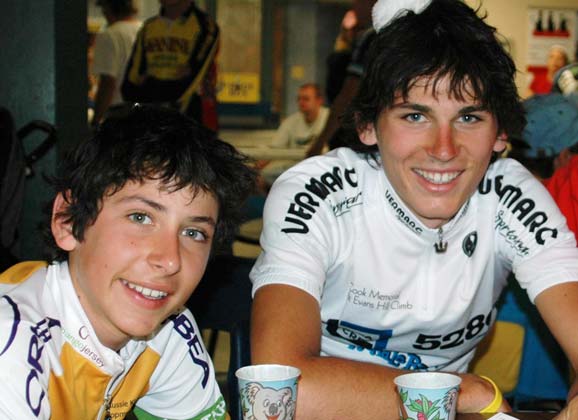 Morton brothers racing together in 2015: “It’ll be a lot of fun”

Phase two of Angus Morton’s cycling career is about to begin. He is 25 and, as he explained in part one of this interview, the opportunity has been presented for him to team up with his brother, Lachlan, and race with the US-registered Jelly Belly team in 2015.

Lachlan has raced with the Garmin-Sharp team for the past two seasons. He turned 22 last month and the constant progression of his cycling career reached an ebb in 2014 – change was required for him to maintain his enthusiasm for the sport he’s done since he was eight years old.

The deal with Jelly Belly will see the Morton brothers race together for the first time since back in the day when they were part of the Real Aussie Kids program before progressing to Drapac in their teens.

The brothers explained the change in direction that they are about to take in an interview with Rob Arnold on 31 October 2014, moments before they set off on their first ride together since Lachlan’s return to Australia from a season of international competition.

During his time off the bike, Angus Morton opted to study and work in the media. In 2013 he and some associates created the Thereabouts film about a trip to the centre of Australia that he took with Lachlan. And it was this adventure that served as a catalyst for him to consider taking up cycling again, only this time as a career. 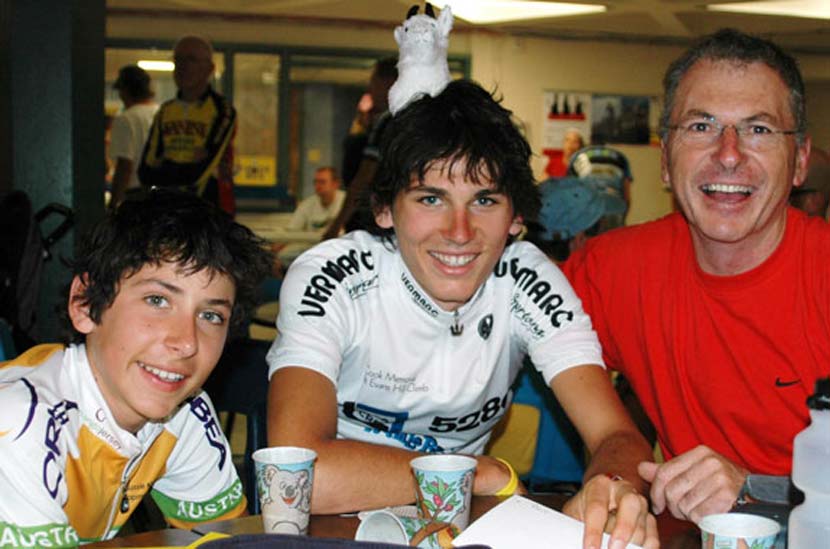 Real Aussie Kids… Lachlan, Angus and David Morton back in the early days of the cycling life for the two brothers from Port Macquarie.

RIDE: This is exciting times. Will you [Gus] maintain the media commitment and start documenting this return to racing? What is the plan on that front?

Angus Morton: “After stopping with cycling a few years ago, I went away and learned how to be a film maker and did that for the last three-and-a-half years. That’s something that I really love and it won’t leave me. I think part of coming back to bike riding is the adventure of it and knowing that I really love documenting things and I’ll continue to do that, absolutely.

“There are no plans though to do anything with it necessarily but I’ll do it purely from an enjoyment perspective.

“I suppose, as with anything, you need some sort of a release and something to take your mind away from what it is that occupies most of your time – that being your job. And so I think it’s a good, healthy outlet to be able to focus on shooting a few photos and spotting a few interesting rides and trying to capture a few scenes that you perhaps normally wouldn’t when you’re out riding.

“If I can combine the two mediums then hopefully I can come up with something interesting.” 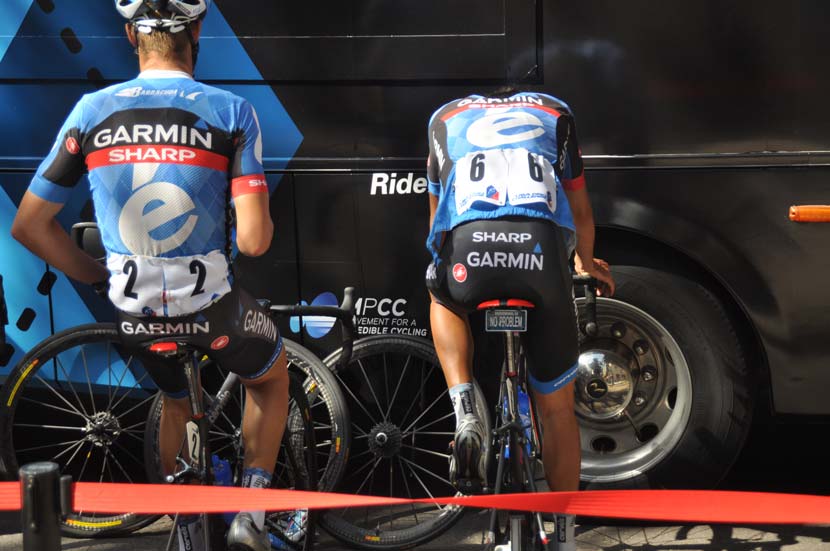 Back to you Lachlan… I know that two races in 2013 – in Utah and Colorado, when you won a stage and led GC for a day in the first, and led GC and won the best young rider classification in the latter – had a big influence on Gus. Can you talk about how those experiences worked for you? They were significant moments in your career, weren’t they?

Lachlan Morton: “Yeah, absolutely. In a lot of ways, that’s what kept me bike riding last year. If I look at it from that perspective, it kept me in a job.

“That was a moment that I realised that if I did do everything right, I could be up there with the best guys in the world on my day.

“Even now, when I’m training and thinking about the season ahead, that’s always in the back of my mind. I’d love to go out and do something like that again.

“Obviously they were the biggest results I had, and at the time, it was a lot of fun; we had a cool team and I loved it. But also, going into the 2014 season, that added pressure… Yesterday’s best result becomes your worst enemy a lot of the time.

“It’s nice to have that and next year I’ll be gunning for those races again. I think I can do a better result at those races if I focus on it – which I’m going to. They are two of my favourite races and I can’t wait to go back to them.” 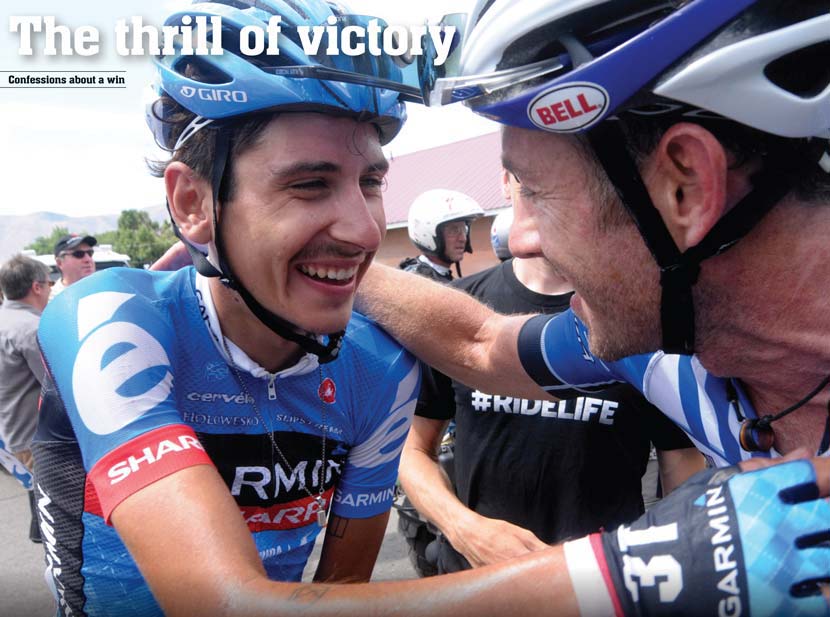 One brother wins, the other brother gets inspired. What Lachlan did in Utah in 2013 helped remind Angus about how cool bike racing could be…

And Gus, you wrote a column for RIDE – which really engaged a lot of people, the idea of the Sibling Super Fan – how important were those rides for you?

Angus: “It was one of those things… up until then, to be honest, I’d chat to Lachy intermittently throughout the year but we’d talk as brothers and not really keep to much track of what’s going on with the racing he was doing. But the Tour of Utah was one of the first ones that I kind of sat down and watched live.

“I got the phone call from Dad saying, ‘He’s kicking arse…’ and I flicked it on (via livestreaming from the official site) and it was a very proud moment as anyone who has had a family member succeed would know. It’s a really nice feeling.

“Often I think that the feeling of gratification I get seeing others succeed is much greater than when you yourself succeed. You know what they’ve done to get there but, at the same time, because it’s beyond your control it’s kind of also a surprise – and that makes it exciting.

“When you get there yourself, well, it’s what you wanted so in the end it’s just like a release: ‘Oh f—k, thank god… it worked!’

“That success had a huge impact and it was something that fuelled a small fire inside me that I don’t think fully went out. The successes in Utah and Colorado for Lachlan served as a few extra pieces of kindling that, all of a sudden, turned into a complete bushfire. It was good.”

When you ‘ran away’ from cycling, Gus – let’s call it that – I may as well ask the question: was doping something that put you off? Was it something that you thought you might have to succumb to and therefore it was time to take an early exit?

Angus: “No. It wasn’t like that. Maybe I’m an optimist, or maybe I’m naïve, or maybe I’m ignorant, but I could never see myself succumbing. I’ve always been of the opinion that I’m going to do this clean, irrespective of what else is going on around me.

“Knowing that, I think, always served me well. I knew I’d never even have to face the question of whether or not I’d have to dope.

“To answer your question directly: no, it had absolutely no impact on my leaving the sport.”

And, Lachy, just following on – but in a different line of thought… you’ve had the opportunity to ride alongside guys like Thomas Dekker and David Millar and some guys who are really vocal about their dalliances with doping, or their abuse of it. What do you take home from that experience?

Lachlan: “I definitely look at it a lot differently now because I know them firstly as mates and good friends, and secondly as bike riders, and thirdly as ex-dopers.

“It’s not like I sat there thinking, ‘Oh god, this guy used to cheat’. They were just other guys and, from that perspective – knowing that they’re good, genuine guys – kind of makes you realise something. ‘Shit, the culture at the time was overwhelming enough that it influenced this guys who actually have amazingly strong characters into doing the wrong thing.’

“So, on one hand it makes me think that cycling has changed a huge amount. From what they’ve told me, it has.

“I’m glad I’ve had the experience to race alongside those guys and it’s encouraging to hear from them first-hand about how cycling has changed.

“I guess if there’s anything I take from it, it’s that it’s nice to be involved with the sport now and not when they were doing what they did.”

I spoke recently with Campbell Flakemore and he came through a talent ID program and didn’t really think about racing his bike until he was 17. How old were you two when you first started racing?

Lachlan: “I was eight when I first raced a bike and local club race. Gus was two years older than me and we went along to have a go. It was a strong local club and we’d go once a week after soccer on the weekend but that was when I first started. I’ve been at it a while.”

We’ll be paying close attention to this next little phase of the ride. It’s a compelling story. I’ve got a brother and I’ve also got two sons who are very close and I hope that they have a similar camaraderie as you two clearly do…

Angus: “Yeah, it’s all good. It’s going to be an interesting year. It’ll be a lot of fun, I think. It’ll be very difficult at times but that’s what makes it fun, I suppose.”

Part 01 of the interview with Lachlan and Gus Morton