Nico Roche on the aero tuck: “I don’t do the top tube”

Early in a long interview with Nico Roche this week, the 36-year-old from Team DSM got talking about his new Scott bike. This line of discussion quickly led to conversation about the UCI new aero tuck regulations…

A hot topic for pro cycling in 2021 is the UCI’s decision to ban certain riding positions as part of a range of new safety initiatives for racing. There’s a vocal group expressing frustration that riding while seated on the top tube, or with forearms rested on the top of the handlebars, is no longer allowed by the sport’s governing body.

It doesn’t take long for the topic of rule changes to come up when talking to pro cyclists. For many, amendments now need to be made to how they race. For others, like Nico Roche, the regulations provide a sense of relief and a formal response to what had been a growing trend in the peloton.

“One of the conditions that we were asked [by the team] at the start of the year was not to go in the aero position because the top tubes [are] really, really thin,” says Roche during an interview with RIDE Media on Tuesday. “And it was just taking the extra risk of breaking them.

“So,” he continues, “whatever the UCI had decided our team had already decided we were not going to descend in the aero position – just to save the top tubes.” 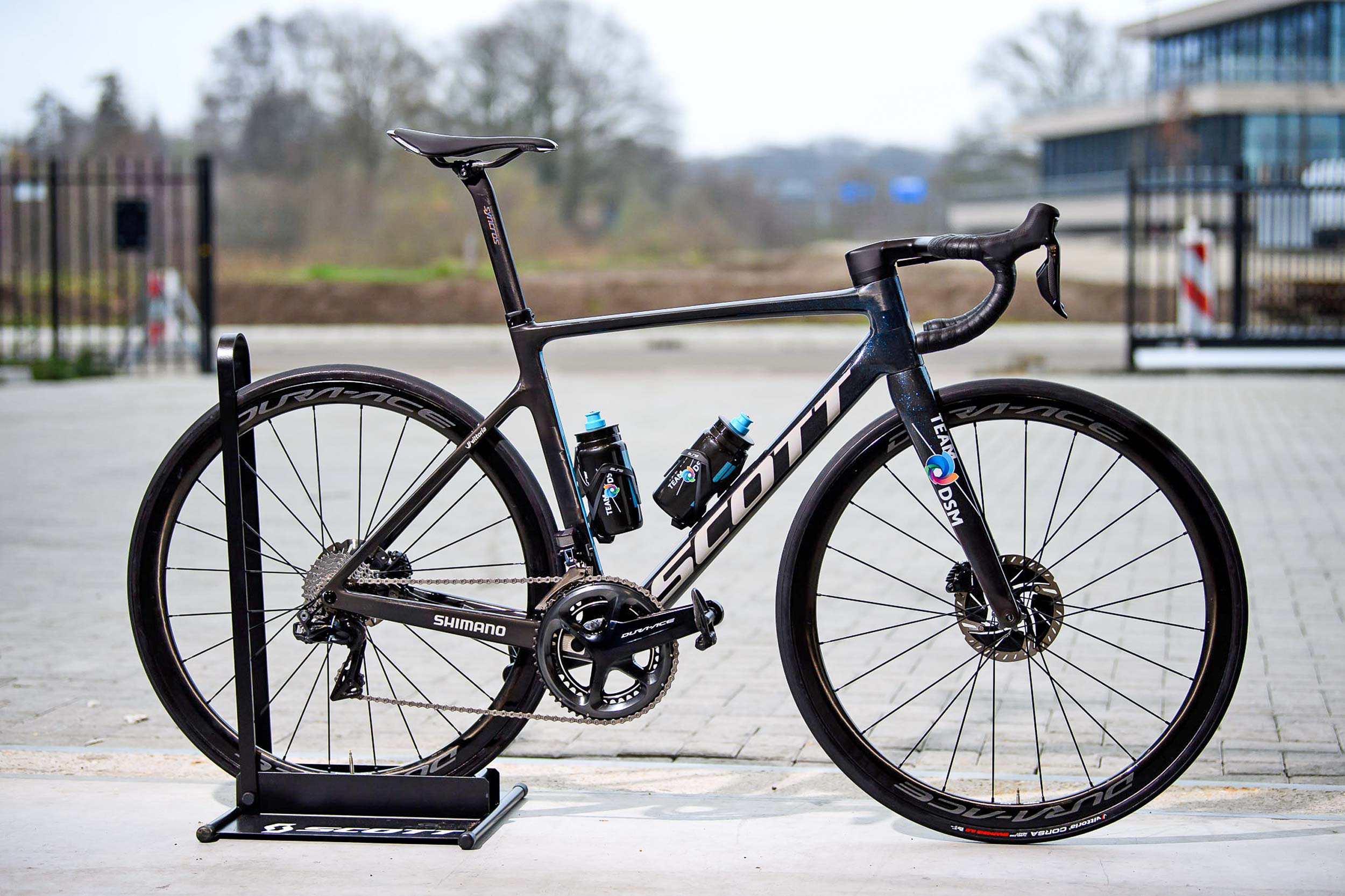 The Scott Addict in Team DSM colours. Expect to see a lot more of this once the racing action (eventually) gets underway. (Photo via Team DSM)

Many points have been raised in articles about the rule change but Roche – and Team DSM – raise an interesting new line of discussion relating to the fragility of lightweight modern bikes… when they’re ridden in a way they weren’t intended to be.

The saddle is where the rider is meant to sit, not on the top tube. Not only are there risks associated with being seated in a compromised position, there are – Roche explains – also examples of bikes being broken when ridden in the ‘aero tuck’.

“We all know, today, the top tube is more about keeping the bikes right rather than actual support,” he says, adding: “They’re really, really paper-thin.” 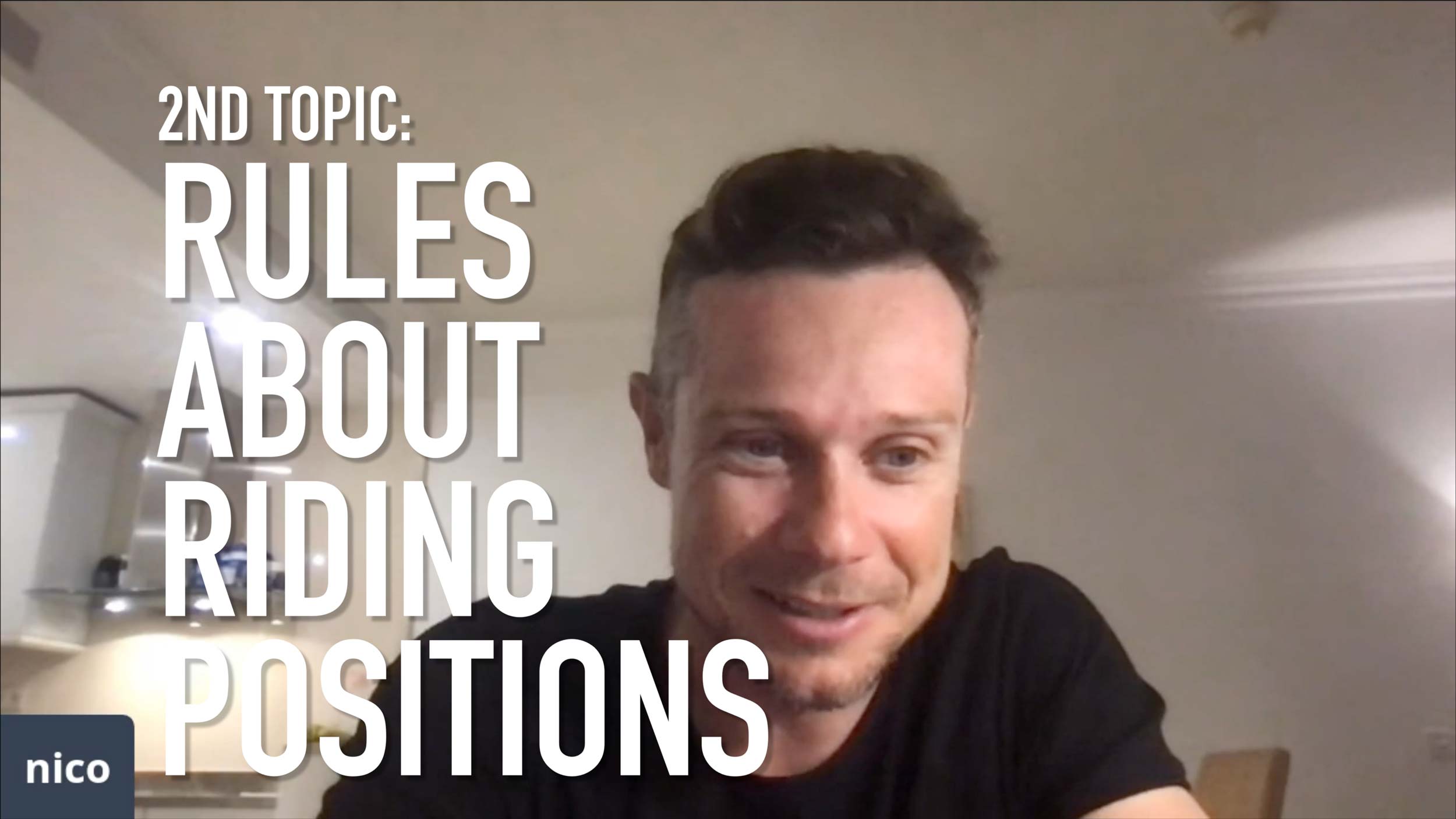 Nico Roche talks about a range of topics in his interview with RIDE Media early in March 2021.

Roche didn’t approach RIDE Media in the hope of making a major statement about the issue, rather it came up in discussion while considering his equipment in a season of significant change for Team DSM.

“I’m not going to get into politics now, with all the fights about it at the moment about descending on top tubes,” he says before noting some of the usual responses from the pro-tuck lobby.

“I think a lot of people think it’s just about: ‘Yes, we’re professional and it’s about showing the example…’ Yes, no, but…”

He then repeats another common statement: “‘We can do it because we know how to handle a bike.’ Or whatever excuse they come up with…” 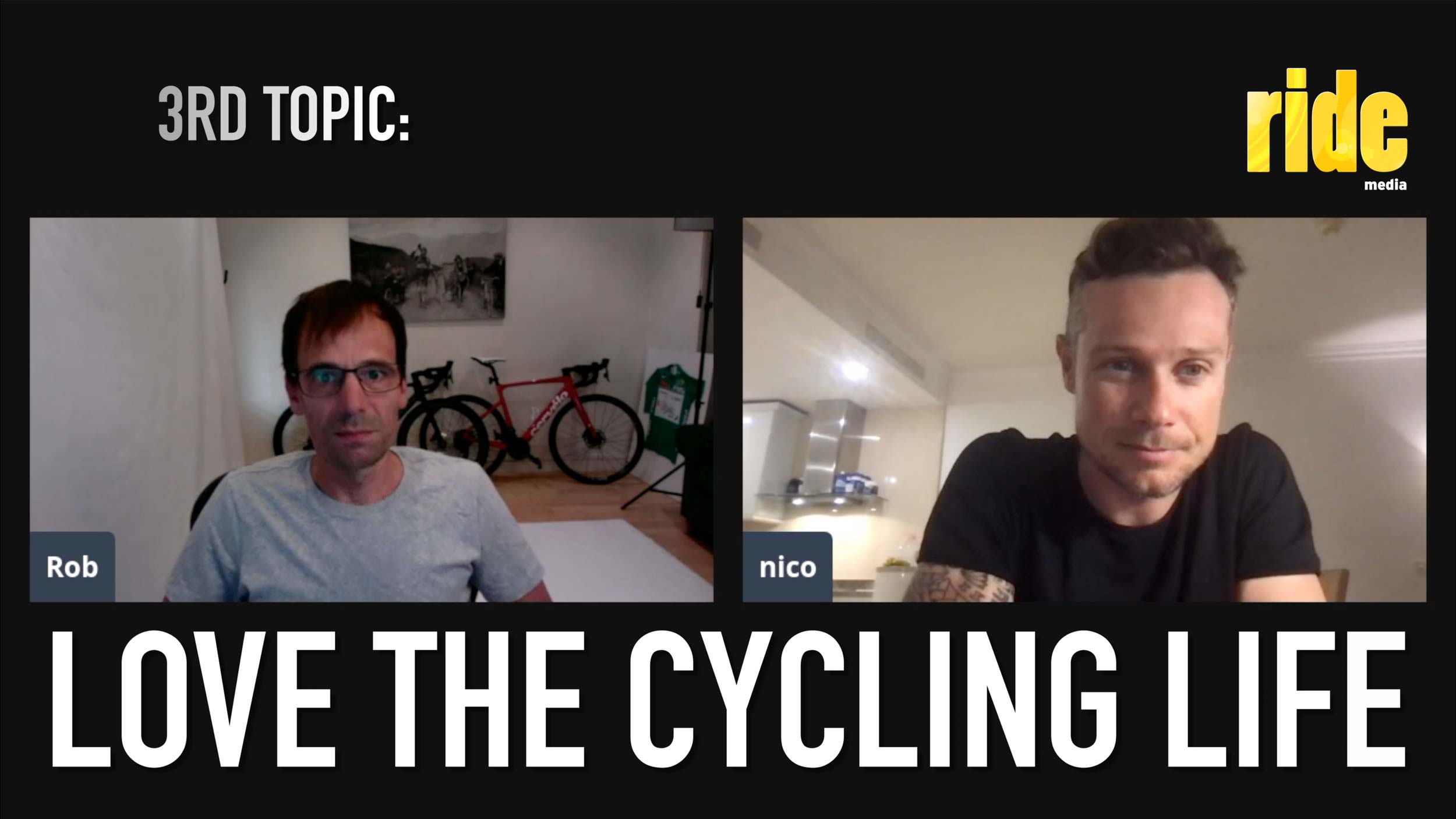 The Scott Addict frame, as is raced by some riders from Team DSM, weighs in at 790g. It is certainly light, and it has been designed to be ridden with the rider on the seat, not the top tube.

“I think safety was definitely a battle to go for,” says Roche, “but I’m pretty sure manufacturers are happy now because they get some hassle of justifying those broken bikes sometimes.”

The obvious follow-up to a statement like that is to ask: so, you have known blokes who have broken bikes by doing the aero tuck on the top tube?

– RIDE Media: Okay. You, yourself?

– Nico Roche: “Nope. I don’t do the top tube. I’ve never done it. I was strongly against it.

“I’ve never done the top tube,” he concludes on that topic, adding that he understands why it happened even if he’d rather not adopt that riding position. “I can see why some riders did it and that was fine for me.”

And then Roche raises the next rule introduced in the hope of improving rider safety.

“My battle was never the top tube,” he says. “For me it was the guys riding at the front of the bunch with their hands off the bars.

“It’s like, ‘Okay, yeah – they’re professionals, they know what they’re doing…’ But you’re also putting at risk 150 guys who are on your wheel.”

– For more, watch the full interview with Nico Roche. –

We cover a range of topics in yesterday’s interview with Nico Roche… one of them is the #aerotuck.
He explains that he is happy about the rules introduced in 2021, and not happy about other riders putting others at risk.