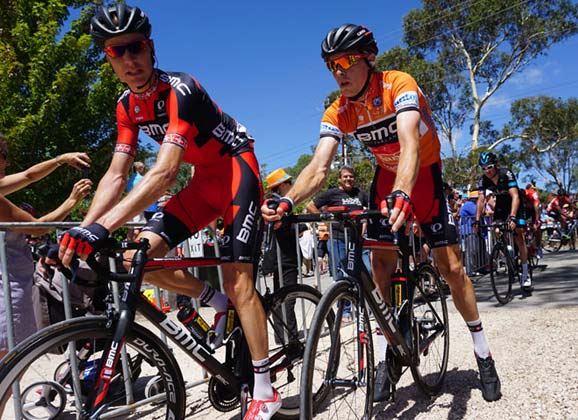 Ochowicz: “We’re happy to be in first and second”

As we make our way to Willunga for the start of the penultimate stage of the 2015 Tour Down Under, we take a moment to consider the plight of the BMC team which has two riders at the top of general classification after four stages. Rohan Dennis leads Cadel Evans by seven seconds…

Of course there are many opinions floating around about how today’s race might be played out… and there are suggestions that there’s malcontent at Chez BMC because the soon-to-be-retired rider is second and the up-and-coming talent is in first.

We spoke to Jim Ochowicz to find out how the mood is in the team… below is a transcript of that exchange. 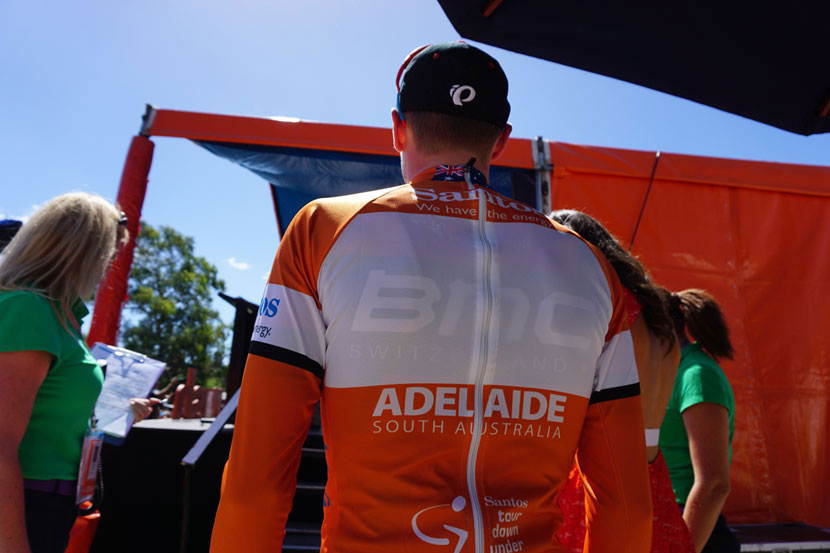 RIDE: I’m talking to Jim Ochowicz a few hours before the start of stage five about the fact that his team has got riders in first and second going into the exciting day up to Willunga Hill. There’s no problem with Rohan Dennis leading Cadel Evans is there?

Jim Ochowicz: “No, not at all. Not from our standpoint, no.”

Is Cadel angry about it?

So the tactic the other day on Paracombe was… ah, interesting because Rohan tells me – and everyone knows – that he was at the back of the bunch and then he comes past. Maybe it’s an initiative that we could borrow from the ‘Moncoutie School of Cycling’…

“I think it was… well, we talked – not myself, but Fabio Baldato, who is the sport director – he had a meeting with the riders in the morning and they talked about such an event happening.

“We wanted to get somebody to put a little pressure on a couple of the other contenders here at the race so Cadel could maybe find some freedom. It’s just that Dennis was a little too strong for anybody to close the gap to him. So, Cadel then just held his position and got second.

“For us, it worked out perfectly. And also for Cadel and Rohan because they picked up time on some of their competitors as a result of the efforts that they made. It’s a win-win for us.”

“Sure, but you cannot… it’s not a perfect science, bike racing. So yes… would the intent be to have Cadel win this race? Of course.

“Coming into it that was our goal – it’s still our goal. But we’re pleased with the performance of Rohan and Cadel here and we’re happy to be in first and second.

“It’s not a gimme. There are other people who want to get up and be in the lead after today as well.

“We’ll fight for our position and try to defend where we are and if that means Rohan stays in the jersey, then that’s great – and Cadel is fine with that.”