Peiper on Pogacar – post-Tour reflections: “He doesn’t lose any energy on negativity”

One Australian connection with this year’s Tour de France is that the directeur sportif calling the tactics for the champion, Tadej Pogacar of UAE Team Emirates, was Allan Peiper. RIDE Media spoke to him the morning after the Slovenian won the yellow jersey. 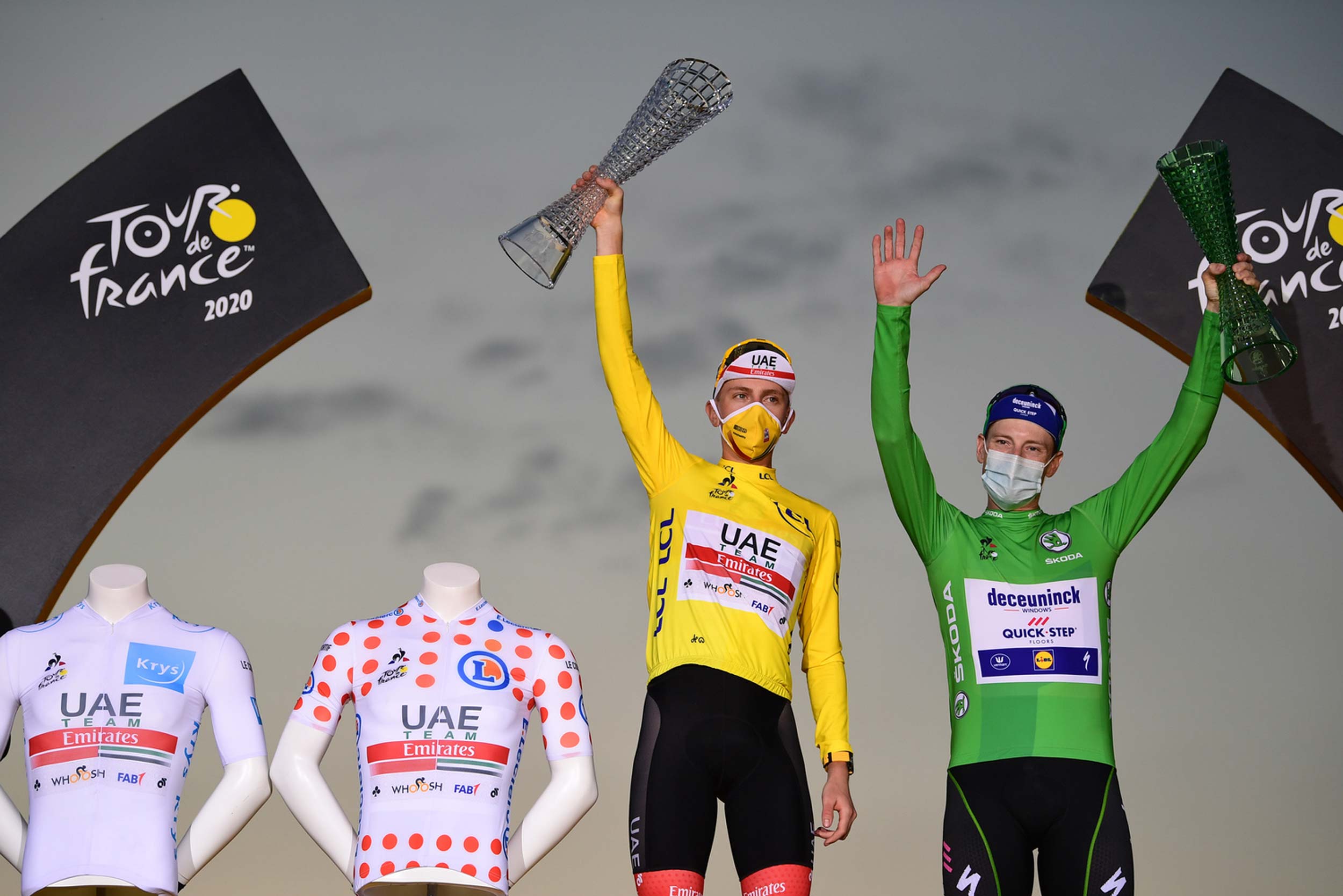 Tadej Pogacar: champion of the Tour de France in 2020 (as well as winner of the youth classification and the King of the Mountains). Photo: Pauline Ballet (ASO)

Obviously, there would have been a party in Paris last night. Tadej Pogacar and his team had plenty to celebrate beyond the fact that today is his 22nd birthday. The youngest winner of the Tour de France since 1904 is also the King of the Mountains of the 107th edition and, of course, the best young rider in the race.

But for Allan Peiper, the party stopped early enough for him to get five hours sleep before waking early for a drive back to his home in Belgium. “I was on the road by 7.30,” Peiper explained. “I wanted to get a jump on the traffic.”

We’ve spoken often over the years and he doesn’t mind allowing the discussion to wander when time allows. But a bloke who has experienced what he has in the past three weeks is very much in demand.

He has agreed to talk more about the suitcase of memories that he filled while on Tour with Pogacar and the rest of UAE Team Emirates but, for now, here is a quick Q&A about the rider and the race – with a little bit of detail about the phenomenal time trial that earned him his first yellow jersey.

It’s been an amazing ride @tdf_2020 with @tadejpogacar and @uae_team_emirates Plenty of highs and lows but an amazing team spirit behind this kid. One more shot at the big prize 👊

RIDE Media: I’m talking with Allan Peiper who is on his way home from Paris. He’s driving on his own… and he’s surely got a smile from ear to ear. You’ve impressed the whole cycling world. Do you know what the reaction has been…? You’re living it aren’t you?

Allan Peiper, UAE Team Emirates: “Well, yeah I am living it Rob, and you know, when you’re inside the bubble of the race itself, it’s hard to really have the perspective that people from the outside, looking in, have.

“I haven’t been watching TV.

“In the race car, we get some TV [images] but really just snippets… so, it’s not really like we have such an idea of what it’s like.

“I mean Tadej won the Tour de France on the second-last day in the time trial and we won four stages and he’s the youngest rider in 100-plus years to win. He’s the first rider since Eddy Merckx in 1969 to take three jerseys…

“I sort of have several things in my head; it’s like I can’t really put it all into perspective.” 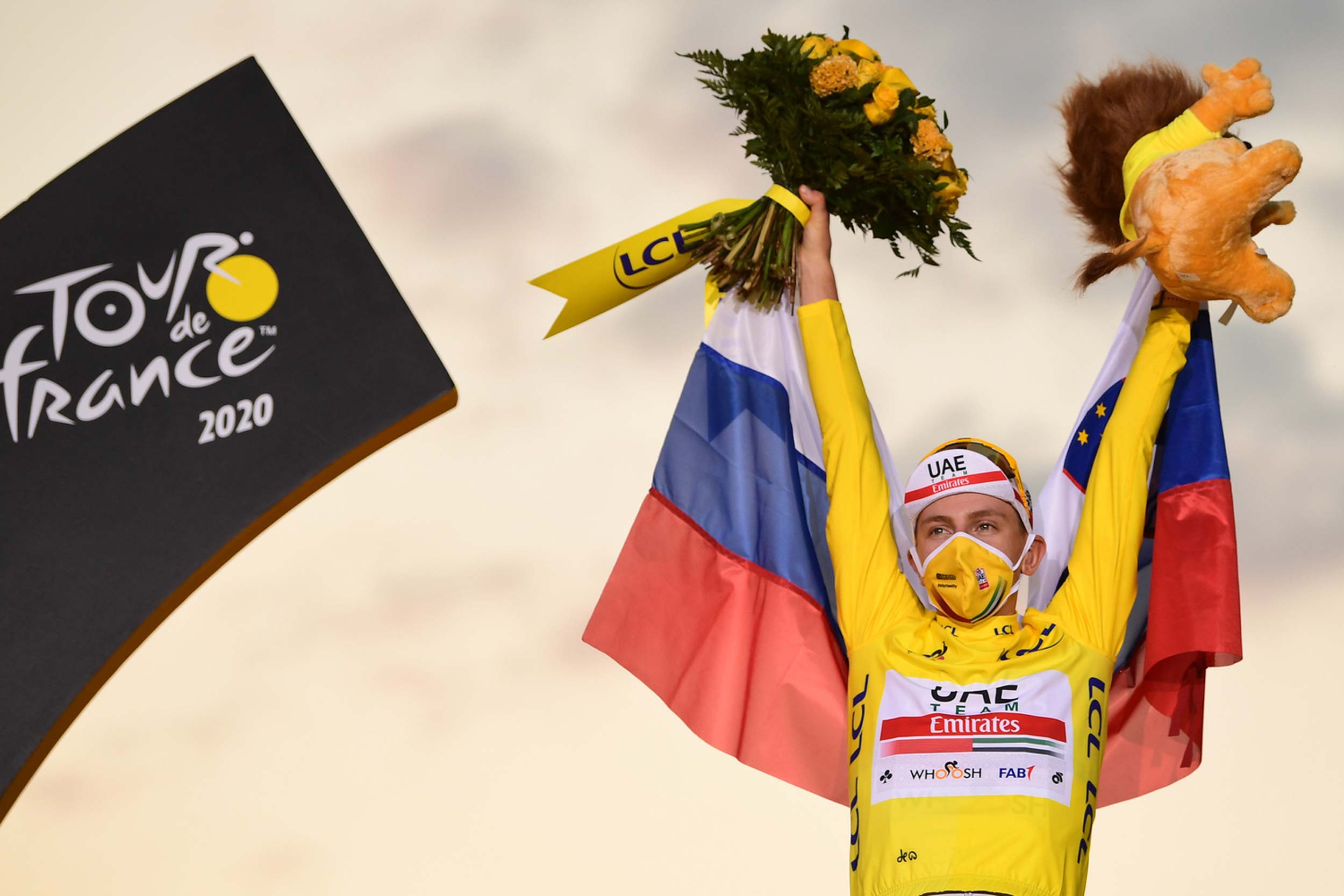 RIDE Media: Apart from the sheer audacity of pulling off that ultimate coup on the last Saturday, what stands out? Can you talk about some inner workings of the team, or provide a personal anecdote about your association with Tadej?

Allan Peiper: “The thing that stands out the most for me is that the kid is just so positive and so relaxed that he doesn’t lose any energy on negativity.

“Even when he lost time in the crosswind, or when he lost time on the Col de la Loze to [Primoz] Roglic, he still stayed positive and was still ready to take the race on. I think that’s such an amazing thing.”

RIDE Media: And what’s your communication with him like…? I mean, we’ve seen little clips from inside the team car, but can you talk to me about after the stage. Are you his closest confidant in UAE Team Emirates? Or what’s the arrangement there like?

Allan Peiper: “Well, I’m the directeur sportif and Tadej does really look to me and take everyone that I say on board that I suggest, whether it be gearing or tactics or whatever. But it’s not my job to be the closest guy to him.

“I have my job and give him some space as well and I think it works really well like that.

“We talk about the race and we have our communication together but there are a lot of people around him as well, people vying for positions themselves, but I don’t need to do that because I’m the DS; I’m in the car, I’m in his ear all the time.

“I’m the one who speaks in the radio and calls the tactics for the race, so we have a good relationship without having to make it more than it is.”

RIDE Media: The time trial is probably going to be spoken about for many, many years to come and analysis will be ongoing. But one of the big news items was that he didn’t ride with a computer or a power meter. Is that correct? And was that his idea, your idea, someone else’s idea..?

Allan Peiper: “Well, he did ride with the computer and the power meter on his TT bike but he didn’t ride with it on the road bike on the climb – and that was for weight.

“He wanted to have the bike down as light as he could. Of course, we have sponsor considerations, but we actually had to put the bracket from his [cycle computer] head unit back on the bike because the bike was so light. I think it came in at 6.82kg, to have a little bit of a buffer – a bit extra to ensure he was fine at the weigh-in, in case the scale was slightly different to ours.”

RIDE Media: That’s the tech stuff, but talk to me about the emotion of that day. Did you expect the annihilation that happened? He had to make up a bit of ground (57 seconds to match Roglic) and it was looking, for a while, like it might have been another eight-second win (like in 1989), but then it turns into almost a minute advantage. Were you feeling gobsmacked as it was unfolding?

Allan Peiper: “I was, yes. In the morning, I was really nervous, probably more nervous than I’ve ever been for a bike race before.

“We had done a lot of homework. We’d been down to La Planche des Belles Filles – in two different sessions – for a couple of days at a time. Tadej has been there, he’s done a full simulation… so we had a lot of stuff dialled. Well, we had everything dialled. But when you’re doing a bike change in the Tour de France, there are people around, everyone is nervous…

“Also, 20 days in, were the gear choices right?

“You know, there are so many things that could… that may have gone wrong.

“So, that was really an emotional time for me. It was a nervous time before the race started and during the race, obviously, you’re hyped up because he’s riding and we were hoping that it was going to happen.

“It was a seamless bike change, which was great. And then we heard as the splits were coming through and he was taking time on Roglic.

“In the beginning, at the first split, he had 13 seconds on Roglic but I tried not to get him too excited because that could have been part of Roglic’s pacing strategy. But at the second split he’d taken even more time.

“The only danger then was that Tadej went over the top and maybe dug a hole for himself that he couldn’t get out of and that might have let Roglic back into the game.

“I think he really ramped it up on the climb. You know, he didn’t have a power meter on. I think he pulled his earpiece out on the climb, so he was just riding full throttle all the way to the top.”

RIDE Media: At that point, did you not see him pull the earpiece out? Were you still talking to him through the radio? What was going on?

Allan Peiper: “Well, I don’t know if he pulled it out… but he said he didn’t hear me on the final climb. Maybe that was because of the people, I don’t know. It doesn’t matter anyway.

“The most critical part was on the TT bike, up until the bike change.

“When he knew he was 40 seconds up on Roglic, that’s when all he needed to do was go balls to the wall.”

RIDE Media: It was thrilling. Allan, I could talk to you about a lot of things because you have lived a lot in the last few weeks. You’ve helped deliver a stunning victory in the Tour de France and there are a lot of other questions I have for you but I know you want to concentrate on the drive, so let’s catch up in the next couple of days and reflect on all that was of Le Tour 2020.