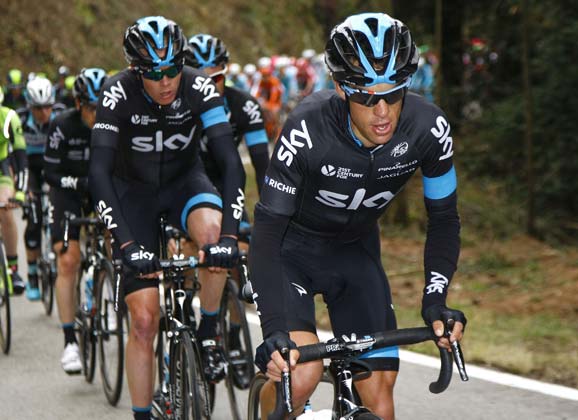 Porte: between now and the Giro

We’ve talked to the winner of Paris-Nice and the Volta a Catalunya in 2015 after his respective wins but these are warm-up races for Richie Porte. The Big Goal is the Giro d’Italia in May. At the end of yesterday’s chat with Rob Arnold the Tasmanian talked about his pending rendezvous with a volcano… 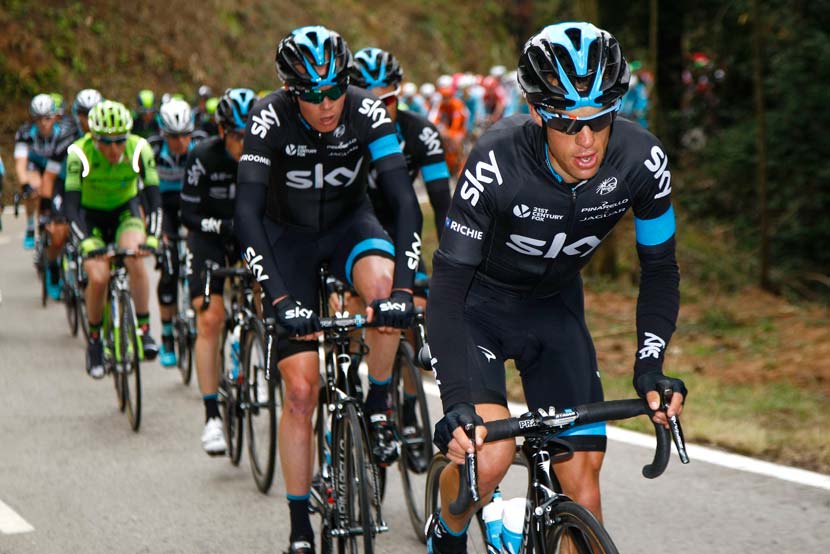 Porte leads Froome in stage one of the Volta a Catalunya.
Photo: Graham Watson

Part 03: Geraint Thomas on the Classics

RIDE: What’s next between now and the Giro?

Richie Porte: “This week is about recovery but then it’s off to altitude camp next week and then straight into Giro del Trentino, then the Giro [d’Italia] recon, and then the Giro.”

Is it at Tenerife, the altitude camp? And how long will you be there?

“To be honest that, to me, is not my favourite thing. I’d much prefer to stay in Monaco and train here but obviously it works. We’ve seen it. Everybody goes to altitude now – all the big GC guys – and Tenerife is not fun. It’s a 39 kilometre climb to 2,400 metres to get back to the hotel. It’s not something that I particularly look forward to but I think you can enjoy the sacrifice if you do have great form afterwards.”

I wonder if you can just tell me how different your body is after two weeks – or 12 days – at Teneriffe, versus 12 days of good training in Monaco?

“I mean, to be honest, when you come down from altitude, you do feel like you’re absolutely flying because you can breathe.

“You come back down to sea-level and you do feel that it’s much easier to ride. But I think the biggest thing is that Teneriffe is a volcano and it’s like being on Mars but then you come down to Monaco and you’re riding up into Italy and some of the most beautiful climbs in the world… for me it’s more the mental thing.

“It’s much easier to ride up these climbs where it’s green and you can breathe properly, compared to riding up a volcano when it feels like you’ve got an elephant sitting on your back.”

Will you be there with Chris? Who is part of your company [at Tenerife]?

“Yeah, obviously Chris is going to be there and then we’re going to have Wout Poels who is a big signing for us, Nicolas Roche will be there, Leo König, and Pete Kennaugh. It’ll be more of the Tour squad there.”

Do you imagine you go down to the bottom [of the climb] in Tenerife and ride around until you get ‘race hours’ in your legs and then come up? How does it work for you?

“We always descend down and most days we do around five hours. We descend and go back up and obviously we do that quite a few times in a day.

“You’re either descending or going up, there’s no real flat road to do.”

So the day is spent going to the bottom of the mountain, turning around, and going right back up?

“Basically. And a lot of repetition.”

What’s your maximum? How many times up have you been up in one day?

“The biggest day of climbing I’ve ever done there was a day when we did over 5,000 metres [of altitude gain].”

How many times up is that?

“Yeah. We only went to the very top once but it was a lot of climbing.”

It’s fascinating stuff. You’re part of the evolution of cycling and it’s great to see you win. Thanks for making the call and having 20 minutes to chat.

“Thanks for getting behind us.”

Hey Richie, I’ll say thanks again and wish you all the best for the next couple of weeks. I know it’s a big time for you but there are a lot of people giving you lots of encouragement from over here.

“We do appreciate the amount of messages that we get from the Aussie fans who stay up all night to watch. It’s quite humbling.”