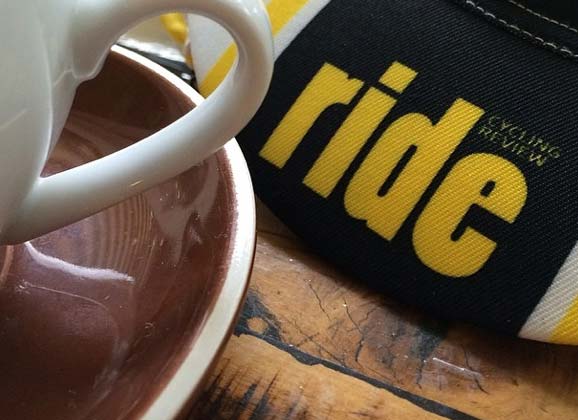 RIDE Media is an independent publishing company. We make magazines. That’s what we’ve been doing since 1998. It’s because people like to read about cycling and look at pictures of bikes, riders and many other associated topics that we have an audience. And it’s thanks to you, the reader, that we have a product we are proud of. What we want to do is share the beauty of cycling: the sport and well beyond. You can find us on Facebook, Twitter, Instagram, Soundcloud, YouTube, Zinio, Pixelmags and in news agents, bike shops and via subscription. It’s selling magazines that pays the bills. And we do that because we are lucky enough to explore a place that people want to read about: the cycling world.

Social media allows us to communicate better than ever before and the feedback we receive is noted every day. Comments on FB, exchanges on Twitter and Instagram… it’s all part of what seems like a community of likeminded people sharing thoughts, ideas and observations. Thanks to everyone who participates. This feedback helps steer the editorial direction of our magazines: RIDE Cycling Review and, of course, the Official Tour de France Guide (Australian edition). In the coming weeks, we’ll be finishing production on two magazines: RIDE #64 and the ‘Tour Guide‘. In the meantime, there are a lot of photos to view and stories to be put on pages.

A recent exchange reminds us that there is a great audience out there: people who love to ride and read about riding. To all of you, thanks for being part of our community. Please email, comment, write and share what you think about RIDE or cycling in general.*

This is a note that Sam Bush wrote:

Thanks so much for the awesome magazine you guys put together. As someone who used to very occasionally ride for fitness or the odd commute, I picked up a copy of RIDE for a flight from Brisbane and since then haven’t missed an issue. It has been one of the best things I’ve done. The articles inside are invaluable and informative and it’s helped drive me to get out on the bike most mornings and keep pushing myself to get fitter and enjoy it more. You guys have seriously changed my life.

Thanks guys keep up the great work.

Reading that makes a difference to one’s mood. So we duly responded, asking if we could publish his comment online, what the first issue he bought was, and thanking him for his kind words. He replied:

I used to be in the Army and had a fairly elite level of fitness, when I left and joined the real world I managed to stack on more than 15kg over the course of a few years. I had done some riding, mainly commuting but after reading the magazine I got hooked and I love it.

I’m now under my Army weight and probably the happiest I’ve ever been. It’s been awesome and I owe it all to you guys, I was just going through issue #63 and wanted to let you guys know.

Thanks for the push.

Back at you Sam. There’s a lot of work in this next little while, but with reviews like yours we’ve got the energy and motivation. To everyone else, what have you got to say? Find us via your preferred method of communication (much of it is listed above).

*Oh yeah, there’s a Garmin Edge 510 GPS cycle computer for the ‘Letter of the Season‘.