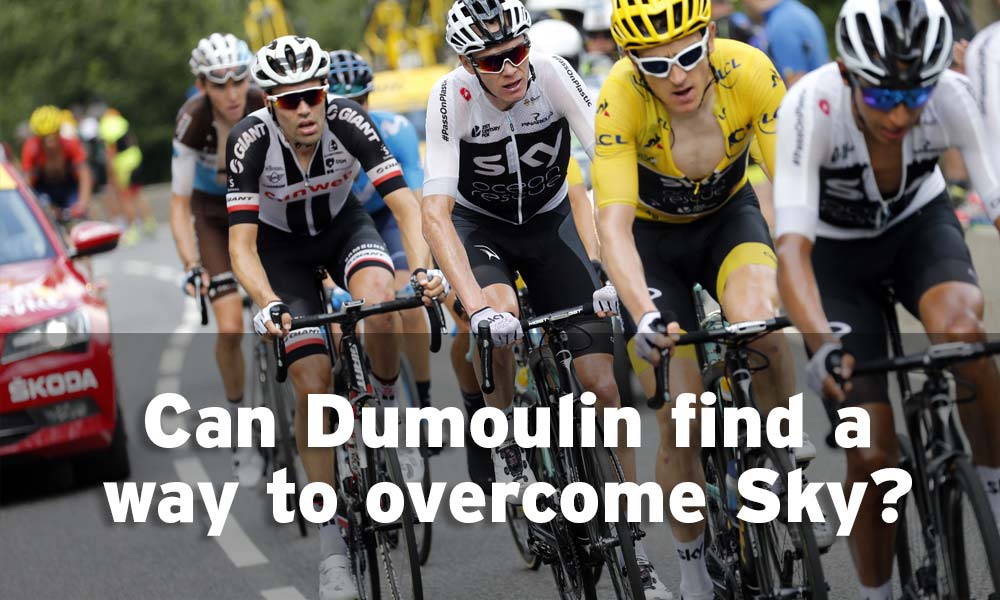 Roberts on Dumoulin: “Soon we’ll be ready to take a title”

The Australian tactician who helped guide Tom Dumoulin to victory in the Giro d’Italia last year believes the Dutchman is ready to win the Tour… but maybe not this year.

Tom Dumoulin is the closest challenger to Geraint Thomas going into the final mountain stage. The 27-year-old is yet to win a stage at the 2018 Tour de France but he is still within striking distance of the yellow jersey. The winner of the Giro d’Italia in 2017 went back to defend his title in May and – like the defending champion of the Tour de France, Chris Froome – this coming weekend marks the end of the second Grand Tour for the season.

Froome and Dumoulin were first and second in Italy, respectively. And now, on the day of the stage from Lourdes to Laruns, the high roads of the Pyrenees offers a chance for the Dutchman to see if he can make up some of the time lost to the Welshman who has led the Tour since stage 11.

Before the 15th stage, RIDE Media caught up with Team Sunweb’s trainer and tactician, Luke Roberts, to talk about what the approach is going to be for Dumoulin – and how it may be able to find a way to crack Thomas (and Froome, who is now in third place on GC 32 seconds behind Dumoulin).

Listen to the interview, click the SoundCloud link above.

RIDE: Luke Roberts, it’s exciting times. What are you going to do to overcome this Sky duo? Have you got a plan?

Luke Roberts: “Yeah, I’m watching closely and seeing what I can learn. I have some cards up my sleeve already. We came to this Tour de France to see what we could learn here.

“Our big goal was a GC result at the Giro and this is basically an extension of that. And we also distributed our GC support over the two races.

“So, whether I use my cards at this Tour de France or whether I keep them for when we go for a full-on assault, we’ll see. But at the moment there’s two strong riders sitting in front of Tom (at the time of the interview) and whether they’re on the same team or not, they’re going to be difficult to beat.”

Tom has just walked out of the bus and that’s the reaction the crowd (that can be heard)… he is a popular figure isn’t he? He has great charisma.

Luke Roberts: “Yeah, he is. We notice it. He has strong following, a good fan base, and he is – perhaps for some cycling fans – a breath of fresh air. 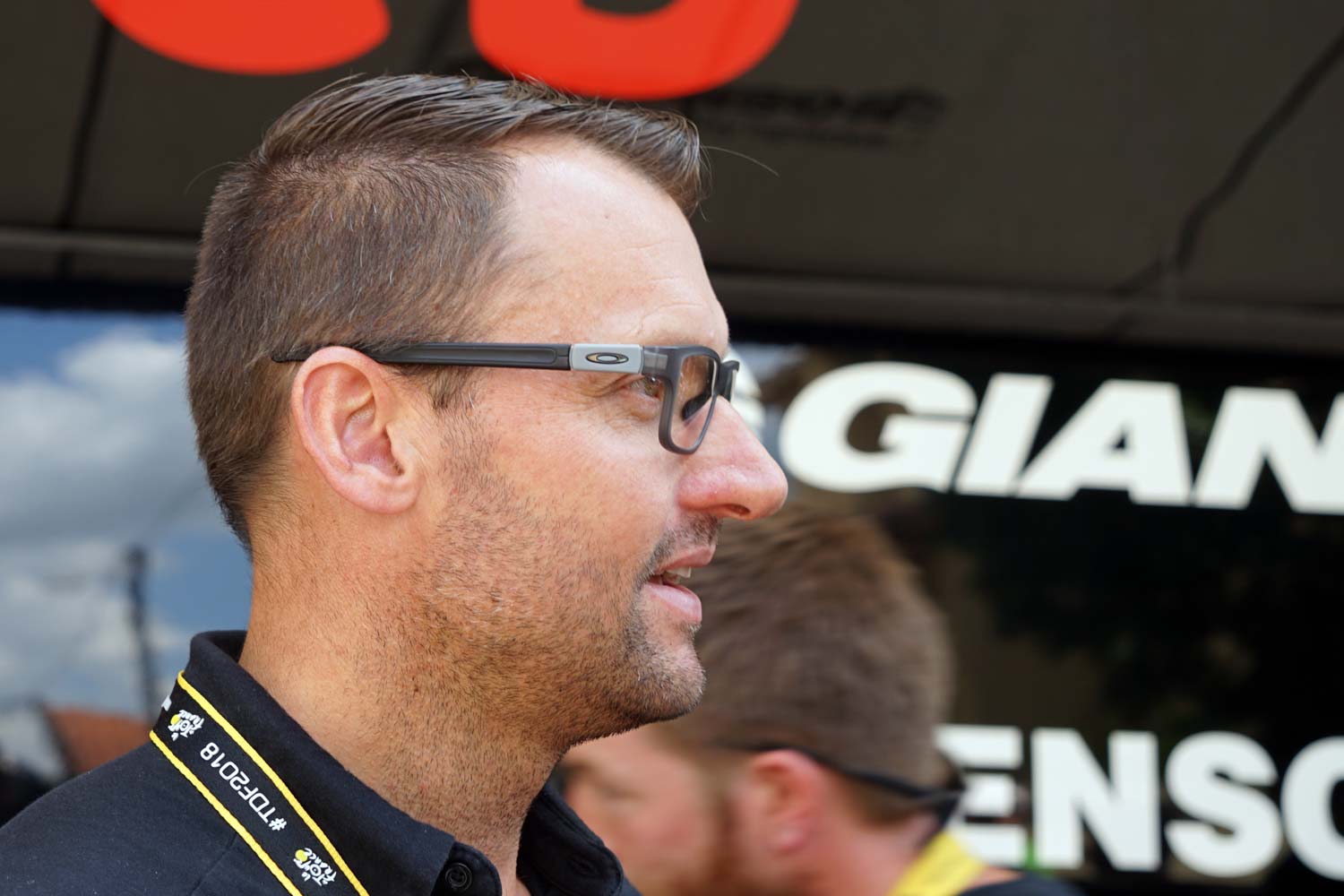 I think one of the aces that he has is that they can’t tell if he’s suffering or if he’s going well.

Luke Roberts: “Yeah, he knows himself really well – he knows where is limit is, he knows when he’s over it. Or he knows the point he can go to without going over which some riders have more difficulty in judging.

“We’ve seen yesterday [in stage 14, in Mende], on the steep finish up there some guys got quite excited quite early on that climb. Tom even had to let a small gap open up, pace himself back and, as he got there, he’d seen that some of the other contenders were already fading, so he launched an attack himself.

“Yeah, it’s one of his strengths, how well he knows his body.”

His other strength is the time trial. Everyone is talking about how tough [stage 20] is, but it’s not just going to be a case of marking while [Tom] can and then hoping for a big gain in the 20th stage…

Luke Roberts: “No… There’s still a long way to go until then. And I guess the GC situation will change again before that but if we’re still up against Thomas and Froome, into that time trial, they are also both exceptional time triallists.

“It will come down to who is the freshest – who has the best legs – as they go into that time trial.”

Just the last question: do you have regrets that Tom was part of the Giro and he didn’t just turn up here as fresh as he possibly could be?

Luke Roberts: “No, not at all. The Giro was the goal. He was well support there with a strong team around him. He finished second. We were satisfied with that result. I think we, as a team, are close to being ready to go for the overall win here but this year we wanted to just see what we can learn and gain some more experience with it and pretty soon we’ll be ready to take a title.”

Time is on his side… Froome and Thomas are older than [Tom], let’s put it that way.

Luke Roberts: “Yeah, exactly. He’s still got some good years ahead of him, Tom, so there’s no rush. It’s going good at this Tour de France but there’s also no expectation of what the result will be in Paris.” 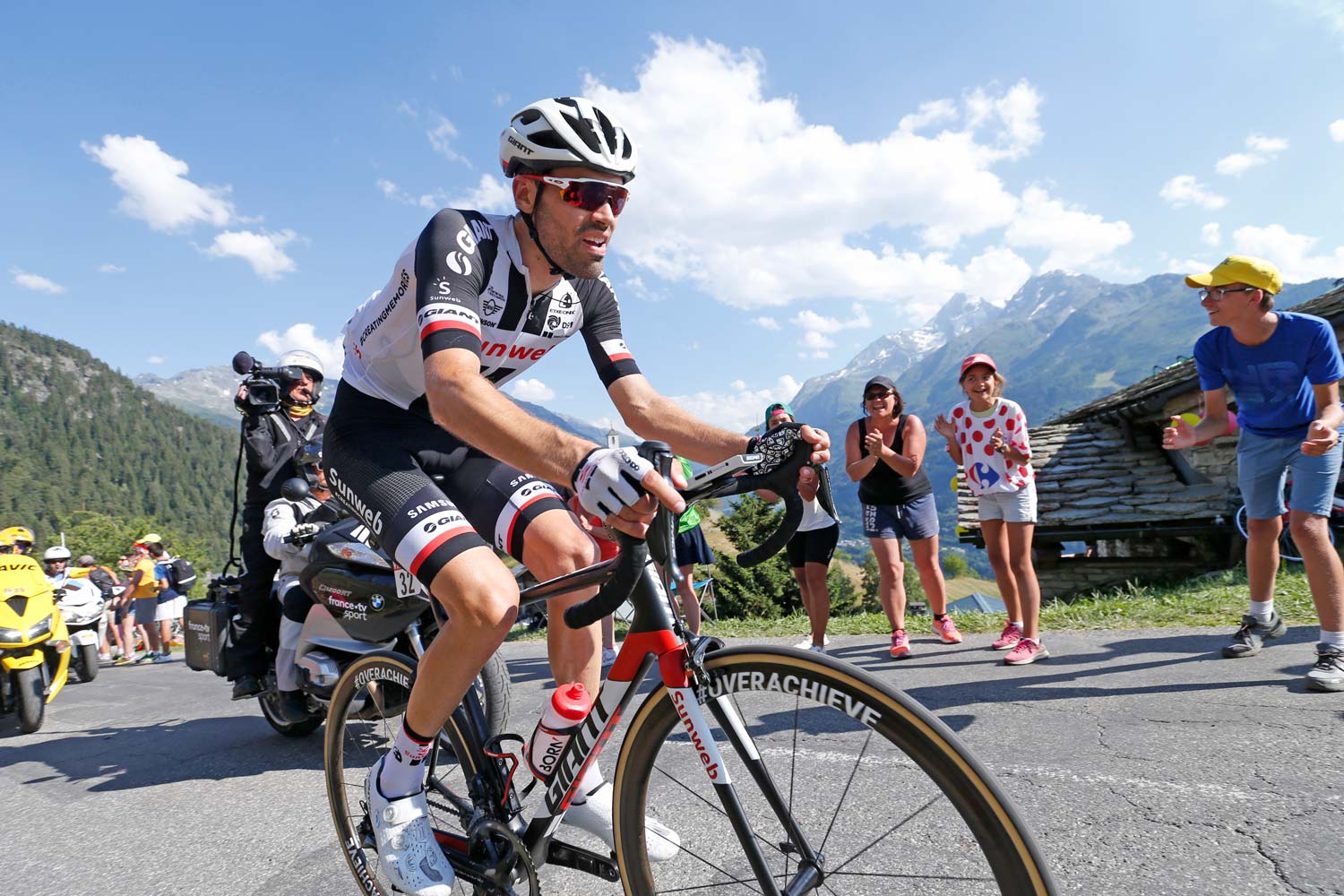 Like the Tour de France, investing is a marathon, not a sprint. At Bennelong Funds Management, our high-performance team of boutique fund managers are invested in their own businesses, meaning they’re focused on achieving investors’ long-term goals rather than being distracted by market noise. So, you can be confident they always have their eyes on the prize.