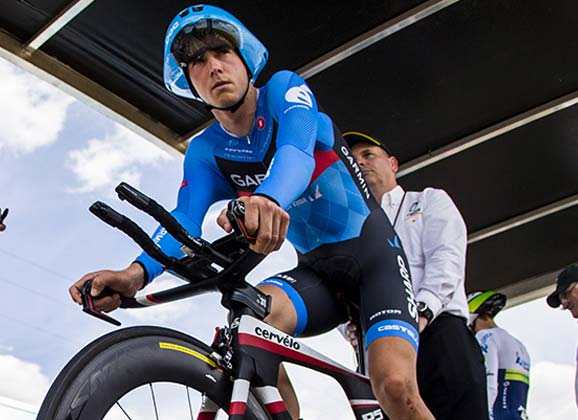 Rohan Dennis – blown out of the TT 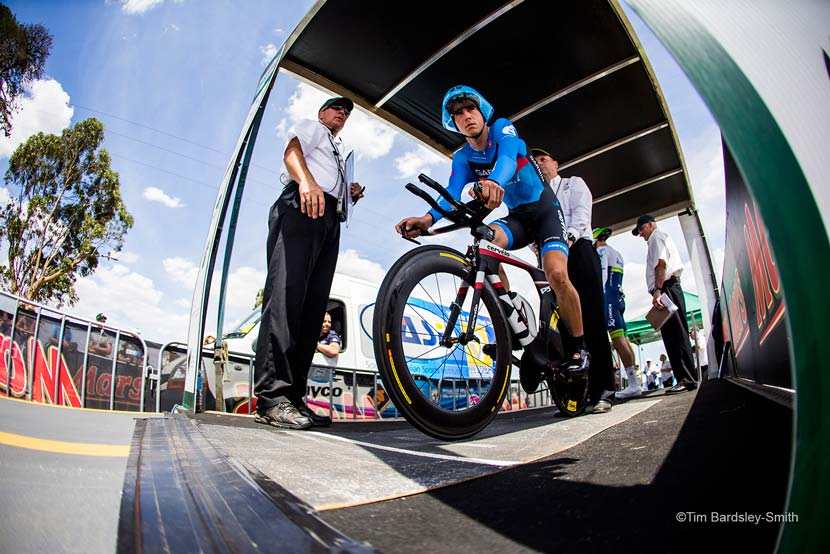 Rohan Dennis, ready for the start of the TT at the nationals.
Photo: Tim Bardsley-Smith

According to the official release about the elite men’s time trial at the 2014 national championships: “South Australian Rohan Dennis (Garmin-Sharp) crashed out of the race after a strong wind gust knocked him to the ground.  Dennis is expected to line up for Sunday men’s road race on January 12.”

RIDE Cycling Review spoke to Rohan on the evening of the race to find out what happened. The discussion began as so many cycling yarns do: “So, you were just riding along and then…”

He wasn’t laughing. The frustration of the incident was obvious. After a deep breath, he conceded: “Yep, and a big gust of wind ended my race.”

Tim Decker was behind the Garmin-Sharp rider in a team car. “I have never seen anything like that ever happen in my entire life – never!”

The coach explained that he saw Dennis lifted up to two metres off the ground by a whirlwind and then watch it smack him into the ground.

We began our interview by asking what point in the race the incident took place… “About 12 kilometres in,” he responded.

And did you have a time check by that point?

“I was told that I’d taken about 30 or 40 seconds out of Damien [Howson] at that stage and I was holding back… I was holding a certain power – what I knew I could hold and then be able to bring it home even harder in the second half.”

And then what happened?

“About a kilometre-and-a-half before the first turn, this whirly whirly came out of nowhere and the next minute I was on my arse sliding down the road.

“As soon as I realised it was there, I was already on the ground.” 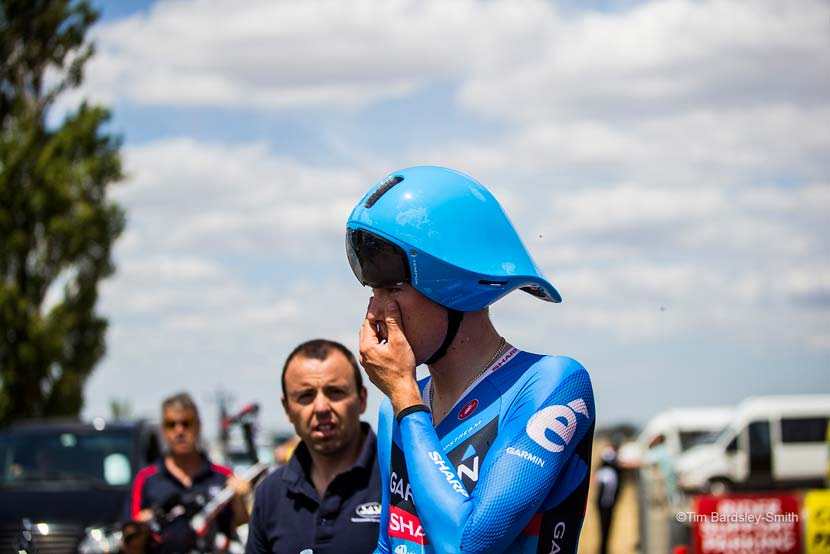 Dennis before the start of the TT with Tim Decker looking on.
Photo: Tim Bardsley-Smith

RIDE: So it was like a cartoon incident where something just swirls across the road wiping out all in its path?

Rohan Dennis: “Yep. It just picked me up and dropped me.”

“I’ve been on the edge of something similar before on my road bike and I’ve felt it pull me a little bit but I’ve never ridden straight through the middle of one until today.

“I honestly thought, as I was in it, ‘That’s it.’ And I was already back on the ground by the time I realised what was going on.

“I couldn’t control my bike. [The wind] just literally ripped me off my bike.

“It just pulled me right and I fell on my right side and then, somehow, I’ve got skin missing from both hands, both knuckles, both elbows, my right forearm, my right shoulder, left hip, right knee and right hip.”

How fast were you going at the time?

“Tim said it was about 65km and hour.

“It happened on a bit of a tailwind section and, at that stage, it was also on a downhill.” 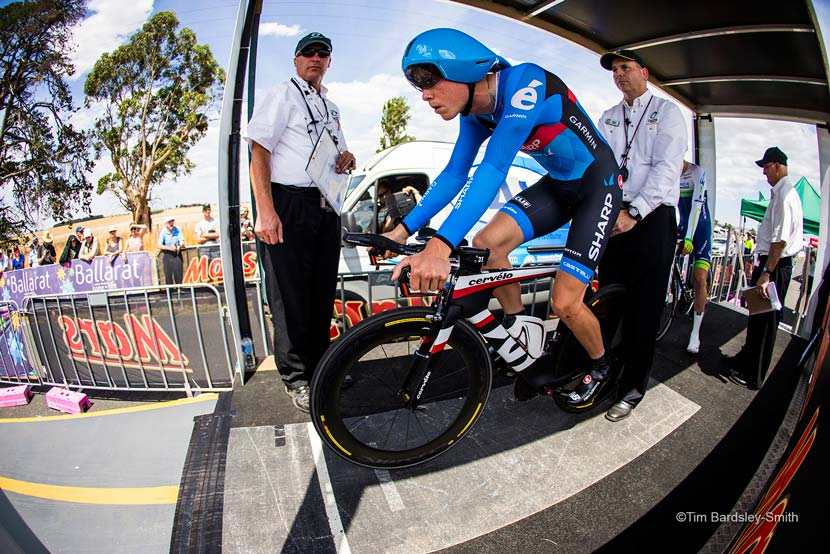 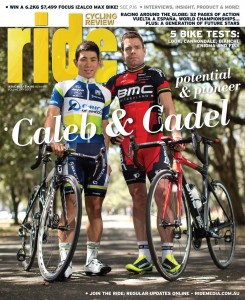 Have you seen the current issue? Caleb and Cadel on the cover.
It’s on sale now in bikes shops and newsagents and on Zinio.