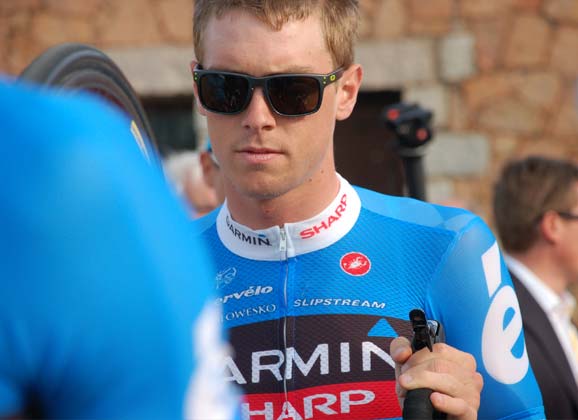 Rohan Dennis: the story of the mid-season team swap

The need to tweet some news a few days earlier than had been agreed cost Rohan Dennis some money but the news is now out: the 24-year-old has transferred from Garmin-Sharp to BMC Racing. The mid-season team swap sets a precedent but, according to the rider himself, the parties involved are happy with the arrangement. 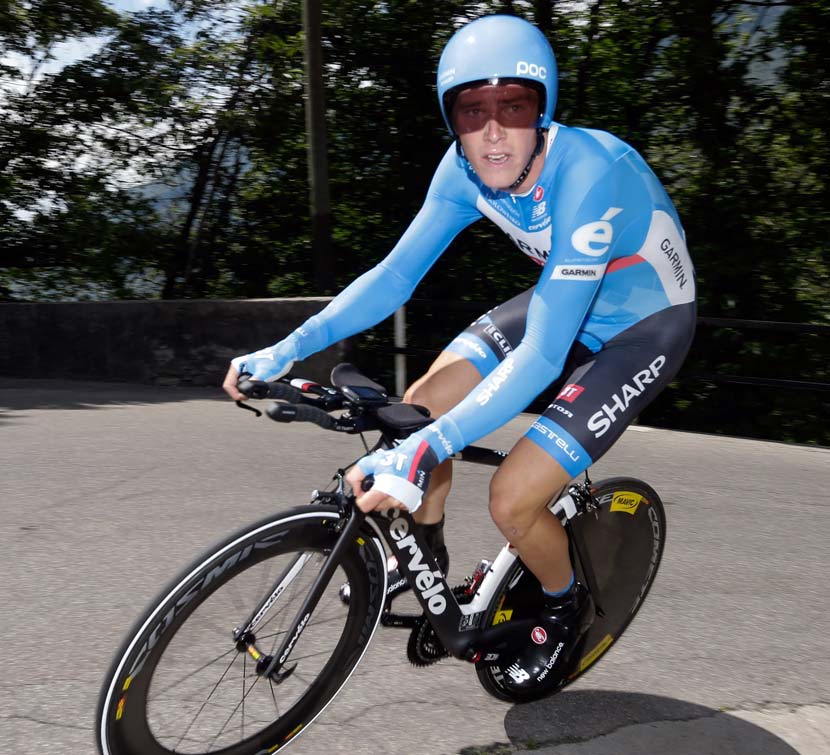 An amicable deal had been struck. Rohan Dennis was to switch teams on 1 August 2014 but because he had a race on that day – the time trial of the Commonwealth Games – the announcement was delayed for a few days. Still, Daniel Benson from CyclingNews.com uncovered the news.

The rider explained the sequence when he spoke to RIDE over the phone from the back of a taxi in the UK on Monday morning, 4 August. “The team decided to make it public – the news of the transfer. And they confirmed it last week,” he said. “But, well, we weren’t supposed to announce it until today [4 August]. But old-mate Daniel Benson got tipped off by someone and started fishing around for information and went looking for BMC’s start list for the Vuelta and found out that I was on it. Otherwise no one would have found out.”

It didn’t take too much searching and Benson did as many would have done: he tweeted it. Gazump the official release – beat it by a few days. First to find it, first to share it… but it wasn’t ideal for the parties involved.

“I don’t think he realises that doing things like that can actually cause a lot of problems for a cyclist,” said Dennis of the early announcement.

“The whole thing – with the news planned for Monday – meant there was no point in us saying it earlier. I was going to be racing on a Cervélo bike at the Commonwealth Games and not a BMC. So it was not going to be good for the sponsors of BMC – me riding a Cervélo and Mavic wheels etc…”

Already it is an unusual transfer but it was one made to suit the parties involved and, logically, avoid any confusion surrounding the acquisition of UCI points and the development of a rider’s career. There have been instances of riders with good form being left off rosters for big races for fear of them earning points that would ultimately benefit another team. (Can anyone spell Bouhanni?)

But in the case of Dennis, it seemed everyone involved was keen to assist with the progression of a career that’s still in its infancy. Jonathan Vaughters had agreed on the release and BMC was ready to utilise the services of the South Australian as soon as possible.

“There was an agreement that nothing was to be said until 4 August,” explained Dennis, “but Daniel decided to publish it anyway, on Twitter. And it could cost me a lot of money. Let’s just say that.

“Thankfully JV understood that it wasn’t actually me who spread it. And he basically just said, ‘Okay, let’s just release it now [Friday].’ And he was fine with it. Thank goodness for that.” 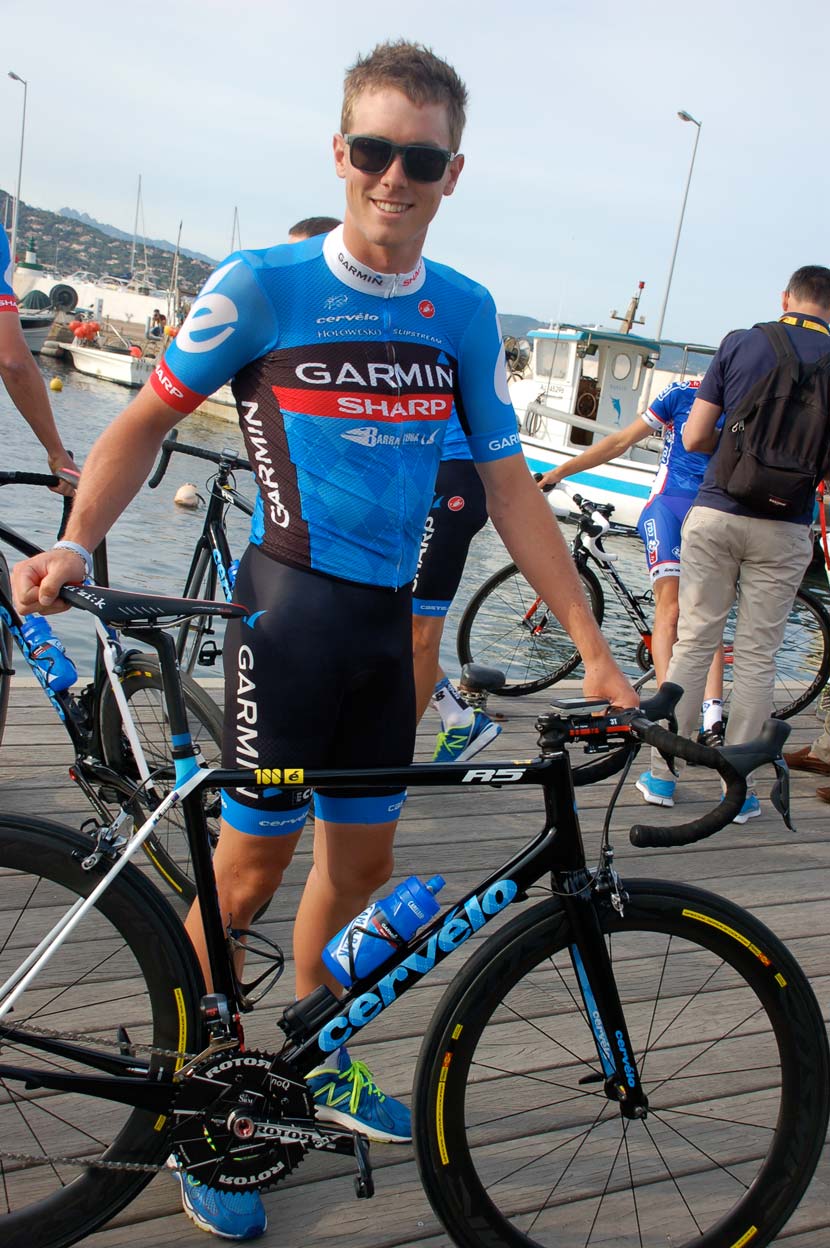 Dennis at the team presentation of the Tour de France in 2013, his only Grand Tour to date…
Photo: Rob Arnold

Onward to the Vuelta a España he rides – a new bike, new colours, new team… with a veteran captain and experienced manager on his side.

Dennis earned a silver medal in the Comm Games TT, his penultimate ride on a Cervélo as a professional. And he crashed in the road race. DNF. So ends his tenure with the team he joined in 2013. That contract had been negotiated with Allan Peiper when the Australian was still a DS at Slipstream (the holding company for the Garmin–Barracuda/Garmin-Sharp teams).

Then, before the 2013 season began, Peiper had joined BMC as high performance manager but his appreciation of the ability of Dennis never waivered.

“I’ve been close with Allan since I signed with Garmin a few years ago,” said Dennis about how the discussions with BMC began. “We’d catch up for a coffee and you could say that I’ve been friends with him in recent years.

“When I could see that there were a lot of good changes going on with BMC – with him operating the team just like he was telling me he was going to – it looked positive. It seemed like a team that I’d slot into really well.”

The runner-up from the Tour of California (and winner of the third stage) is now part of the roster of another American team: from Slipstream to BMC. Evidently that’s old news… well, three days older than the teams had hoped it would be.

But why was there the need for a mid-season switch? “Well, basically they knew I was probably not going to sign for another term,” said Dennis, “and my manager, Andrew [McQuaid], went to BMC and said, ‘What do you think about Rohan coming across earlier?’ Obviously, he meant in August.

“They were pretty good with it. They said, ‘Look, that would work really well. We’ve got two guys out with injuries and they literally can’t ride with broken legs…’ and I think they were a little bit short on numbers.

“They also said, ‘Well, it’ll be good for you to come in and not just have to jump on the bikes first of January next year, you can come in – no stress – and get used to the team before you really have to start being basically a ‘proper’ rider at BMC.

“Once BMC said, ‘Yeah, we’re happy to do that’, we went back to Jonathan Vaughters and said, ‘What do you think about me leaving early?’ He came back after a while and said, ‘Yep, we’re all good with that. Let’s get it done.’

“So it was almost like, ‘Okay, that’s fine with us… we’re happy to basically do something that no one else has really ever done before and see how it goes.’

“So far we’ve got a lot of positive feedback and it’s hopefully going to change this sport in a good way.”

All this means that an Australian with some potential as a GC rider will be racing his second Grand Tour with the only Australian winner of a Grand Tour.

During our discussion the day after he crashed out of the Commonwealth Games road race, it was suggested that we might see Rohan Dennis lining up with Cadel Evans in his last Grand Tour… is that the way he sees it?

“Ah, if it’s his ‘last Grand Tour’ remains to be seen,” replied Dennis.

“It’ll good for me. Everyone always tells me that he is an absolute perfectionist with everything and he has got a lot to offer when it comes to experience and being one of the most professional bike riders in the peloton.

“It’ll be good to be able to get through a three-week tour and see how he deals with pressure on and off the bike and how he operates. That’s going to be a huge bonus for me.”

So, what are his aspirations for the next little while? Does Rohan Dennis believe that BMC is going to put him in to races as a GC candidate, or will you play more of a role like what Tejay van Garderen did for Evans in his formative years with the team? “I think I’ll still will get opportunities to be a GC rider at BMC but I still will play second-best or third-best to a couple of the other guys.

“I’ve still got a lot to learn. I haven’t finished a Grand Tour yet, let alone being a GC rider at one, so they’ll slot me into races that I can target and other races I’ll go to as a worker – which I’m more than happy to do still. I enjoy, every now and then, going to races and having no stress and just doing everything I can to help a team-mate win. It’s one of my favourite jobs.”

Evans is doing his final preparations for the Vuelta at the Tour of Utah which begins today. Dennis expects that his first race with BMC will be the Eneco Tour (starting on 11 August). And then it’s off to Spain for another crack at a Grand Tour. The progression continues… 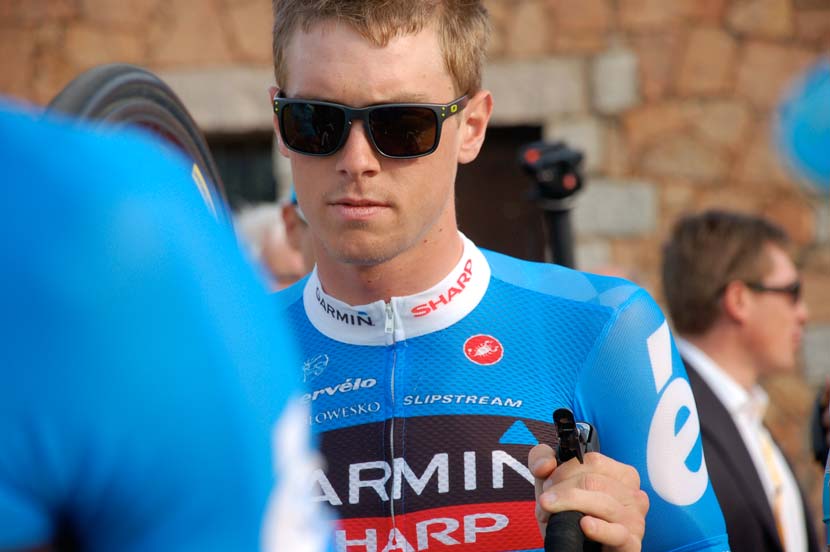 After one-and-a-half years, it’s time for a team change: Dennis will be in BMC colours for his next race…
Photo: Rob Arnold