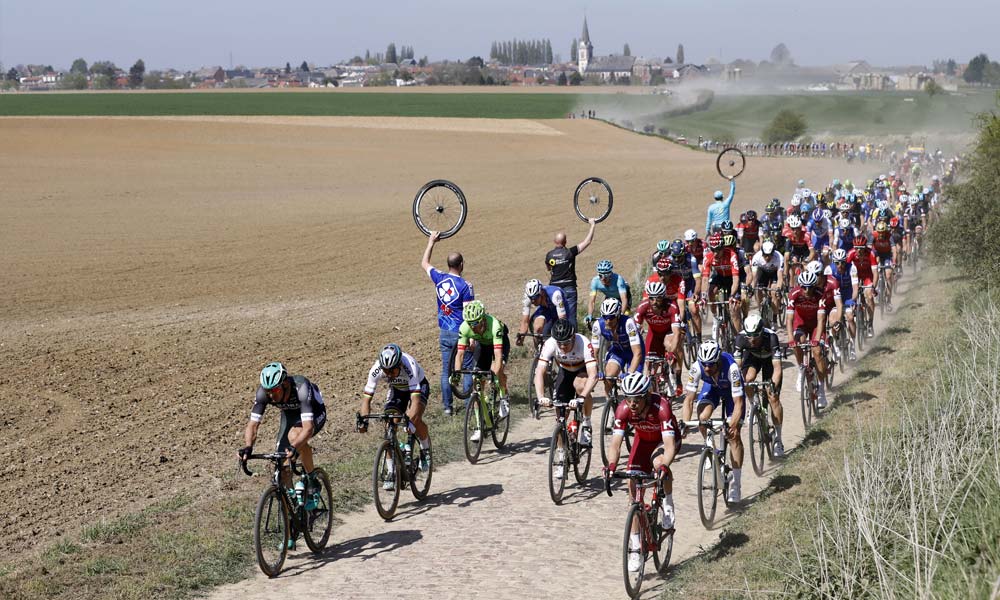 The defending champion finished 11th in the 2017 edition of Paris-Roubaix. Mathew Hayman always has plenty to say about the race that has become very much a part of the professional bike rider he is.

Last year we spoke to him on the Monday after to hear about how he saw the win.

This year, while trying to cope with the dust he had swallowed during the race, he offers an appraisal about how he saw the contest, what he thought of Tom Boonen’s farewell race, and a little overview of some of the other protagonists.

Click the SoundCloud file below to listen to Mathew Hayman speak about Paris-Roubaix 2017.

“Greg [Van Avermaet]… I mean he’s just broken through now. He’s able to win everything. He’s beating Sagan in sprints and… for a few years there, the Belgian press gave him a hard time because he was always in the front but he didn’t win much. Now it seems like he’s got the Midas Touch.

“He’s a really smart, canny rider. You only see him when he has to be there – and he’s making all the moves.

“To win your first Monument… you couldn’t pick a better one to win.”