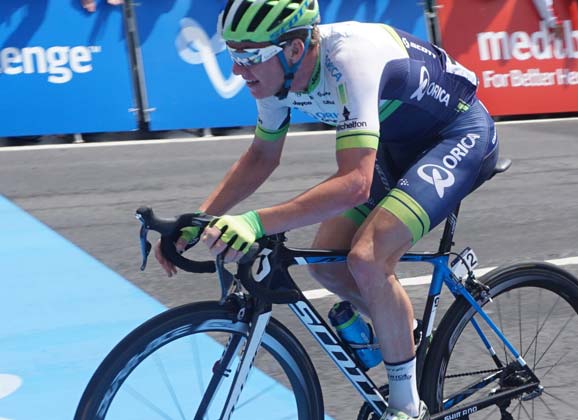 Last Sunday, in the inaugural edition of the Cadel Evans Great Ocean Road Race, Australian riders finished in second, third, fifth and 10th. Simon Clarke was the best of this quartet. RIDE caught up with the runner-up a day later to get his views on the new event, what he expects from when he lines up for his title defence in the Jayco-Herald Sun Tour this Wednesday… and a few other things that came up in a 12-minute conversation. 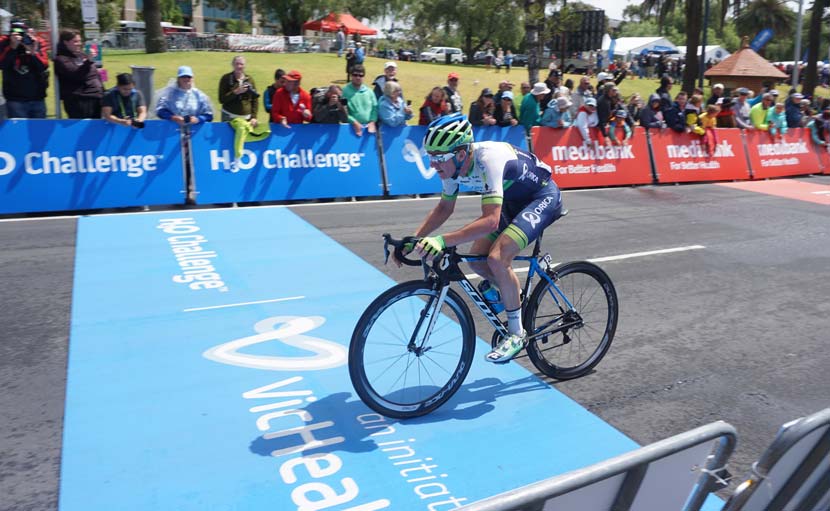 Simon Clarke won the title of the reinvigorated Jayco-Herald Sun Tour one year ago and the 28-year-old is a versatile rider who has been part of the Orica-GreenEdge team since its inception. He’s a regular on the national team and although his talents are difficult to classify, he’s prone to surprises because… well, because he likes to race.

With a little over a lap to go in the Cadel Evans Great Ocean Road Race, he bridged a gap to the leaders and put himself in contention for the win.

“I figured that, even if I was going to burn a bit of energy getting there at least I was still in the race,” he said of his solo pursuit of the group that contained Ian Stannard, Peter Serry and Danilo Wyss. “There’s no use having all the energy and not being in the bike race.

“I took a bit of a gamble, went across and obviously there were big teams up the road: the main three teams that were initiating the race,” he said of the trio from Sky, Etixx-Quickstep and BMC. Eventually he got to the front and found himself vying for the win.

Beaten by Gianni Meersman, he’s not disappointed by what happened on Sunday rather he takes it as an indicator that his form is good and his approach (almost) paid off.

“I was on Meersman with about five kilometres to go because I knew he was the quickest. I was quite surprised that Meersman was still there actually – I’d raced him at the Tour Down Under and he didn’t really show that many signs [of form]… but he got over the last hill and was still there so he was obviously going well. I had a look around and thought, ‘He’s going to be the guy to mark here… I’m better off trying to come off his wheel and trying to beat him that way than trying to do my own sprint and have him smoke past me.”

Clarke has won the Vuelta a España’s climbing classification, a team time trial at the Tour de France, a GC title at the second biggest stage race in Australia… and he can mix it up with a strong sprinter’s finish. What kind of rider does he call himself?

“Every time someone tries to classify me, I just make sure I get a result in a different area – that way I can prove them wrong,” he joked. “I just take every opportunity as it comes. I may not [often] be the designated team leader but when you do get the opportunity, you’ve got to capitalise on it.”