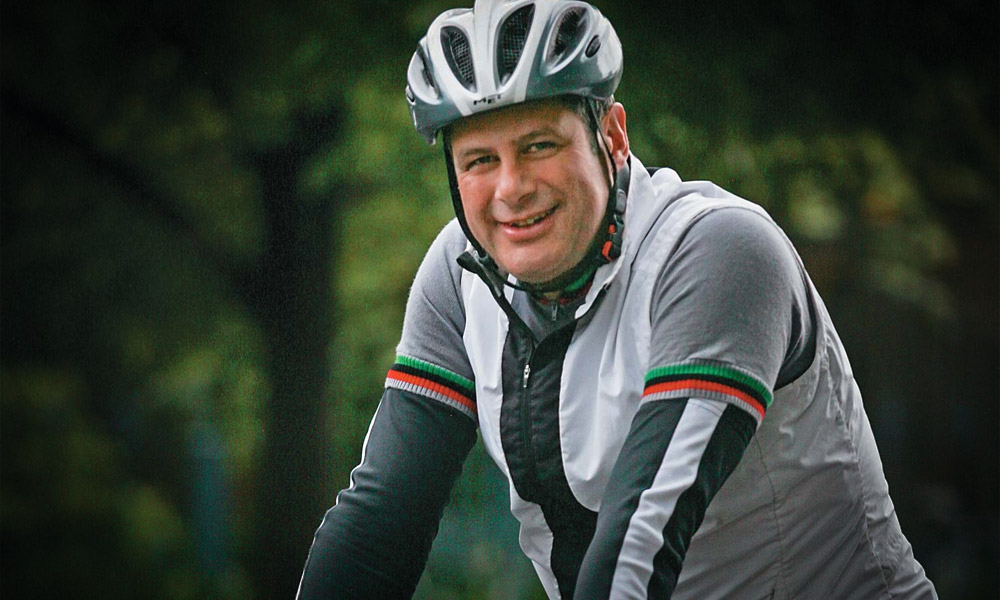 It was announced earlier today that the new Chair of Cycling Australia is former Victorian Premier Steve Bracks. He has a history with the sport: in 2010 he was the chairman of the organising committee for the world championships in Melbourne and Geelong.

RIDE did a profile on Bracks in January 2009. We asked about his cycling, his enthusiasm for the sport and a few other matters…

Below is a flashback from #RIDE43 (published in 2009): the ‘Why Ride’ feature on Steve Bracks.

“I know cycling is popular internationally and building in Australia as well.” Steve Bracks is well aware of the sport. The former premier of Victoria rides. He savours his time on the bike and is familiar with how this rudimentary machine is employed to both ignite the passions of sports fans and move the masses around our congested cities.

He remains a man of influence since retiring from his elected position at the end of July 2007. Early the following year he was asked to lead a review commissioned by the federal government of the automobile industry. And he has become a voice for another community as chairman of the organising committee for the 2010 road cycling world championships.

“You can just tell how important cycling has become when you see the ratings that the Tour de France gets. It’s one of the great events,” said the 54-year-old when asked about his knowledge of competitive cycling before he took on his new role. “The participation levels are increasing all the time.”

He should know. He’s out there “every Saturday morning with a group of people from the area where I live”. 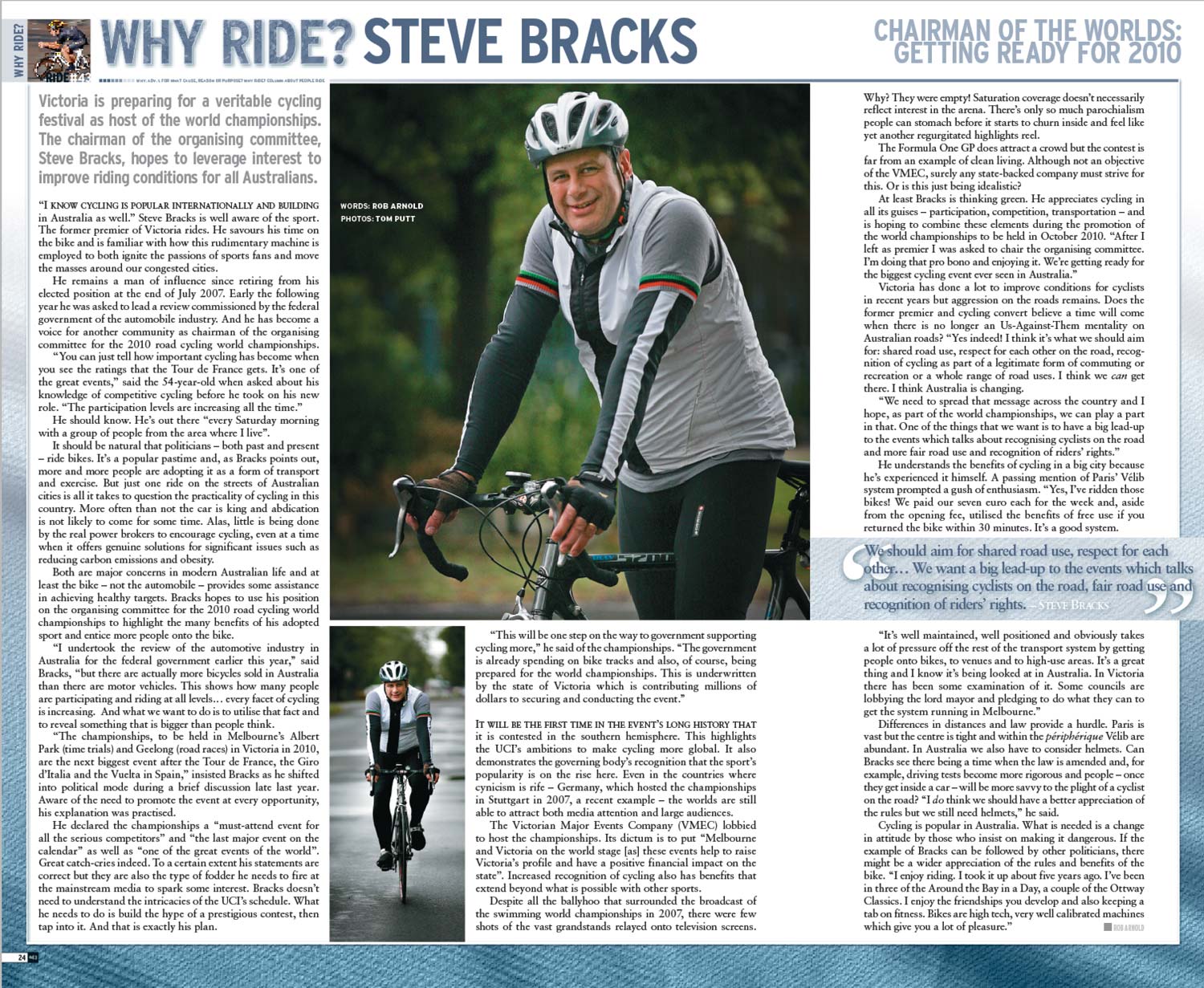 It should be natural that politicians – both past and present – ride bikes. It’s a popular pastime and, as Bracks points out, more and more people are adopting it as a form of transport and exercise. But just one ride on the streets of Australian cities is all it takes to question the practicality of cycling in this country. More often than not the car is king and abdication is not likely to come for some time. Alas, little is being done by the real power brokers to encourage cycling, even at a time when it offers genuine solutions for significant issues such as reducing carbon emissions and obesity.

Both are major concerns in modern Australian life and at least the bike – not the automobile – provides some assistance in achieving healthy targets.

Bracks hopes to use his position on the organising committee for the 2010 road cycling world championships to highlight the many benefits of his adopted sport and entice more people onto the bike.

“I undertook the review of the automotive industry in Australia for the federal government earlier this year,” said Bracks, “but there are actually more bicycles sold in Australia than there are motor vehicles. This shows how many people are participating and riding at all levels… every facet of cycling is increasing.  And what we want to do is to utilise that fact and to reveal something that is bigger than people think.

“The championships, to be held in Melbourne’s Albert Park (time trials) and Geelong (road races) in Victoria in 2010, are the next biggest event after the Tour de France, the Giro d’Italia and the Vuelta in Spain,” insisted Bracks as he shifted into political mode during a brief discussion late last year. Aware of the need to promote the event at every opportunity, his explanation was practised.

He declared the championships a “must-attend event for all the serious competitors” and “the last major event on the calendar” as well as “one of the great events of the world”.

Great catch-cries indeed. To a certain extent his statements are correct but they are also the type of fodder he needs to fire at the mainstream media to spark some interest. Bracks doesn’t need to understand the intricacies of the UCI’s schedule. What he needs to do is build the hype of a prestigious contest, then tap into it. And that is exactly his plan.

“This will be one step on the way to government supporting cycling more,” he said of the championships. “The government is already spending on bike tracks and also, of course, being prepared for the world championships. This is underwritten by the state of Victoria which is contributing millions of dollars to securing and conducting the event.”

It will be the first time in the event’s long history that it is contested in the southern hemisphere. This highlights the UCI’s ambitions to make cycling more global. It also demonstrates the governing body’s recognition that the sport’s popularity is on the rise here. Even in the countries where cynicism is rife – Germany, which hosted the championships in Stuttgart in 2007, a recent example – the worlds are still able to attract both media attention and large audiences. 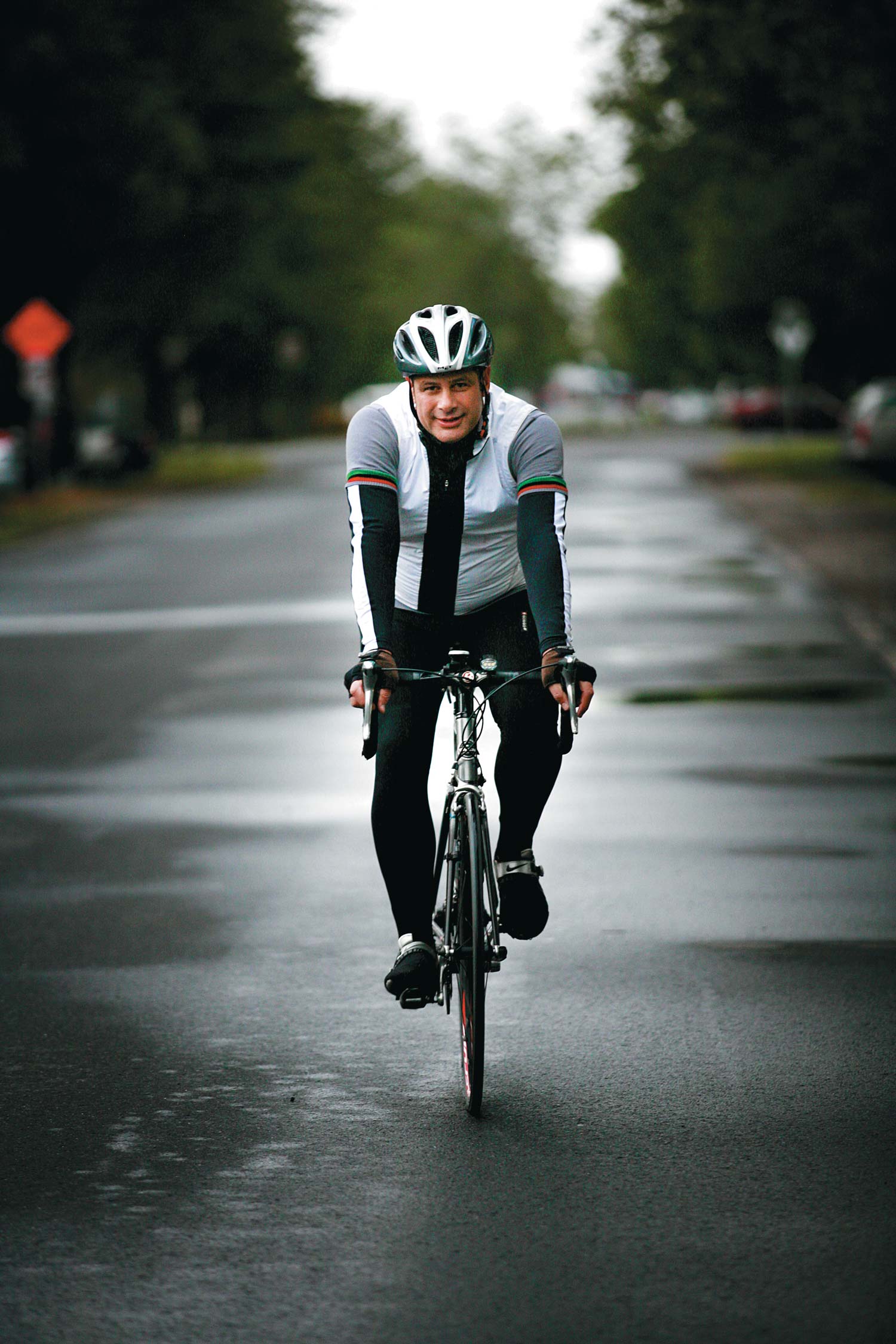 The Victorian Major Events Company (VMEC) lobbied to host the championships. Its dictum is to put “Melbourne and Victoria on the world stage [as] these events help to raise Victoria’s profile and have a positive financial impact on the state”.

Increased recognition of cycling also has benefits that extend beyond what is possible with other sports.

Despite all the ballyhoo that surrounded the broadcast of the swimming world championships in 2007, there were few shots of the vast grandstands relayed onto television screens. Why? They were empty! Saturation coverage doesn’t necessarily reflect interest in the arena. There’s only so much parochialism people can stomach before it starts to churn inside and feel like yet another regurgitated highlights reel.

The Formula One GP does attract a crowd but the contest is far from an example of clean living. Although not an objective of the VMEC, surely any state-backed company must strive for this. Or is this just being idealistic?

At least Bracks is thinking green. He appreciates cycling in all its guises – participation, competition, transportation – and is hoping to combine these elements during the promotion of the world championships to be held in October 2010.

“After I left as premier I was asked to chair the organising committee. I’m doing that pro bono and enjoying it. We’re getting ready for the biggest cycling event ever seen in Australia.”

Victoria has done a lot to improve conditions for cyclists in recent years but aggression on the roads remains. Does the former premier and cycling convert believe a time will come when there is no longer an Us-Against-Them mentality on Australian roads? “Yes indeed! I think it’s what we should aim for: shared road use, respect for each other on the road, recognition of cycling as part of a legitimate form of commuting or recreation or a whole range of road uses. I think we can get there. I think Australia is changing.

“We need to spread that message across the country and I hope, as part of the world championships, we can play a part in that. One of the things that we want is to have a big lead-up to the events which talks about recognising cyclists on the road and more fair road use and recognition of riders’ rights.”

He understands the benefits of cycling in a big city because he’s experienced it himself. A passing mention of Paris’ Vélib system prompted a gush of enthusiasm. “Yes, I’ve ridden those bikes! We paid our seven euro each for the week and, aside from the opening fee, utilised the benefits of free use if you returned the bike within 30 minutes. It’s a good system.

“It’s well maintained, well positioned and obviously takes a lot of pressure off the rest of the transport system by getting people onto bikes, to venues and to high-use areas. It’s a great thing and I know it’s being looked at in Australia. In Victoria there has been some examination of it. Some councils are lobbying the lord mayor and pledging to do what they can to get the system running in Melbourne.”

Differences in distances and law provide a hurdle. Paris is vast but the centre is tight and within the périphérique Vélib are abundant. In Australia we also have to consider helmets. Can Bracks see there being a time when the law is amended and, for example, driving tests become more rigorous and people – once they get inside a car – will be more savvy to the plight of a cyclist on the road? “I do think we should have a better appreciation of the rules but we still need helmets,” he said.

Cycling is popular in Australia. What is needed is a change in attitude by those who insist on making it dangerous. If the example of Bracks can be followed by other politicians, there might be a wider appreciation of the rules and benefits of the bike. “I enjoy riding. I took it up about five years ago. I’ve been in three of the Around the Bay in a Day, a couple of the Ottway Classics. I enjoy the friendships you develop and also keeping a tab on fitness. Bikes are high tech, very well calibrated machines which give you a lot of pleasure.”