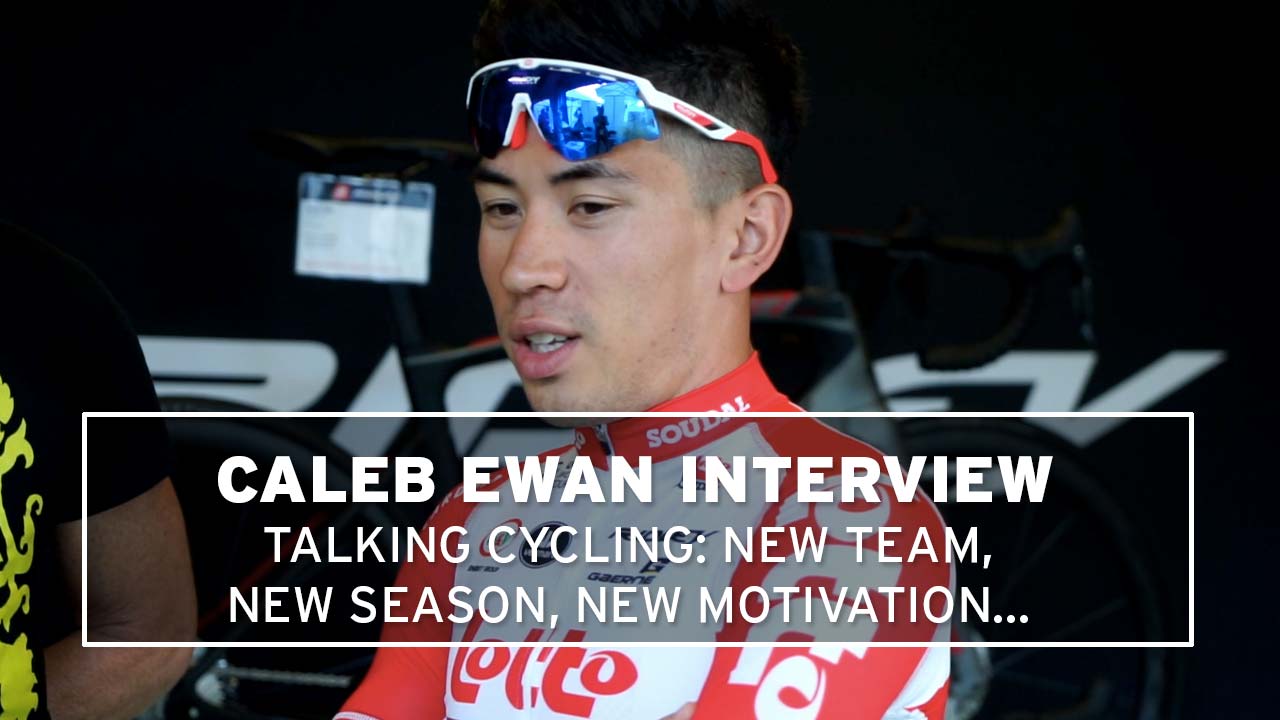 Talking cycling – and sprinting – with Caleb Ewan of Lotto-Soudal

If you’d like to get to know Caleb Ewan a little better, settle back and click ‘play’. We cover a lot of topics in this extended YouTube interview…

Caleb Ewan has grown up in the spotlight of the cycling community, particularly in Australia where he has earned respect from the fans and his peers alike because of his professional approach to racing – and, of course, his impressive speed in sprints.

After four years as part of the ‘GreenEdge Family’, the 24-year-old is now racing with a foreign team, Lotto-Soudal, and even though it’s early in the 2019 season, he has already collected three wins, including a fine victory ahead of Peter Sagan in the WorldTour season curtain-raiser, the People’s Choice Classic.

He has hopes of making his debut in the Tour de France this year but, as he explains in the interview (below) the early plan is for him to also start the Giro d’Italia in 2019.

This is another long episode in the ‘Talking Cycling’ series but a lot of themes are covered including his appraisal of his lead-out train at the Belgian team, how he’s adapted to significant equipment changes – Ridley bikes, Campagnolo groupset, etc. He speaks (reluctantly) about his tattoos, but opens up about many other topics.

– Click the link below to watch the Caleb Ewan interview. –