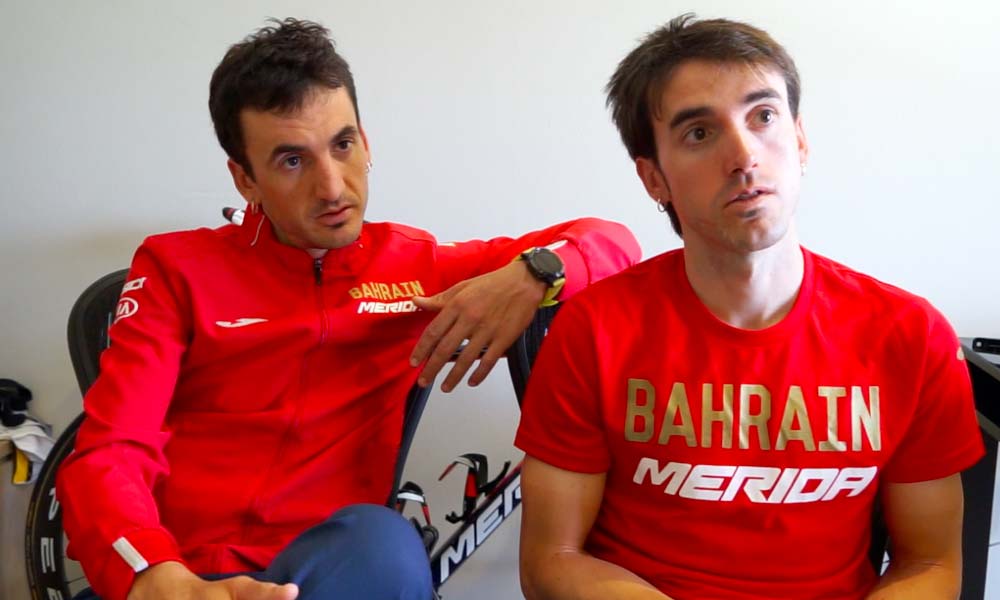 There are two brothers on the Bahrain-Merida team who have often featured near the top of the results, they’ve even won a few races. But Gorka and Ion Izaguirre rarely get too much attention in Australia. Here is a little introduction…

The 2018 Santos Tour Down Under marks a big moment for Ion Izaguirre; it’s his first race back since breaking two vertebrae on day one of the 2017 Tour de France. He has been pinned and his L1 and L2 are now bolted together.

He crashed in the time trial in Düsseldorf on 1 July and immediately knew it was bad.

“It was wet, slippery,” he says about that day when he was a few millimetres away from damaging his spinal cord. “In one moment, in one second, you finish everything…

“In the beginning, you don’t know if you crush the bone or just have pain. But after the X-ray and everything, the doctors come and he said, ‘You have…’”

The diagnosis wasn’t good, but it could have been worse. And the younger of the two brothers racing with the Bahrain-Merida team in 2018 recognises how much of a close-call it was.

He was back riding his bike on 28 August. And now, the next January he’s racing again.

And he’s using the comeback from injury as motivation.

“After surgery, everything was okay,” he says.

Click the image above to watch RIDE’s interview with Gorka and Ion Izaguirre.

When he speaks about his crash and his injuries now, Ion almost smiles. He’s okay. He survived. “Now it begins…!”

“But if you change your mind, and start as fast as possible – and you have good people around you; family, team, doctors… it’s okay.”

The Tour Down Under was Ion Izaguirre’s first pro race – as part of the Euskaltel-Euskadi team. The pair raced with the Basque squad for the formative years of their respective careers and they like to be part of the same team whenever possible.

In 2017 they were separated: Ion with Bahrain-Merida during that team’s debut season, and Gorda seeing out the final year of his contract at Movistar. The younger brother has won a stage of the Tour de France (in Morzine in 2016); the older has a Giro d’Italia stage win to his credit (in Beschici in 2017).

In 2018 they’re back together again. And they’re looking forward to trying to rack up a few more results…

We take a moment to find out a little about this pair who have a cult following in their homeland but are relatively unknown elsewhere.

– Click the YouTube link at the top of this page for a ‘Talking Cycling’ episode with both Gorka and Ion Izaguirre. –