‘Now it just feels so easy for me to be there. I’m not even in doubt before a stage if I will be there or not.” Michael Morkøv has become the world’s best lead-out rider… but it wasn’t always that way.

In 2020, Michael Morkøv is considered the best lead-out rider in the pro peloton. He has fulfilled this job for the likes of Peter Sagan, Elia Viviani, Fabio Jakobsen and, this year, he begins a partnership with Sam Bennett, the Irishman who joined cycling’s famous #Wolfpack in 2020.

The latest instalment in RIDE Media’s #TalkingCycling series of interviews is a long chat with Morkøv. We begin the discussion by getting the correct pronunciation of his name, and the move into talk about track cycling – team pursuiting, the Madison, the Olympics…

We talk about his formative years as a road professional, under the guidance of a man who inspired him to take up cycling, the ever-controversial figure, Bjarne Riis.

And he explains the curious way in which he – somehow – became the lead-out specialist he is in 2020. At first he didn’t understand it and now, even though he’s good at it – and even says it’s “easy” – he still cannot fully explain his gift. 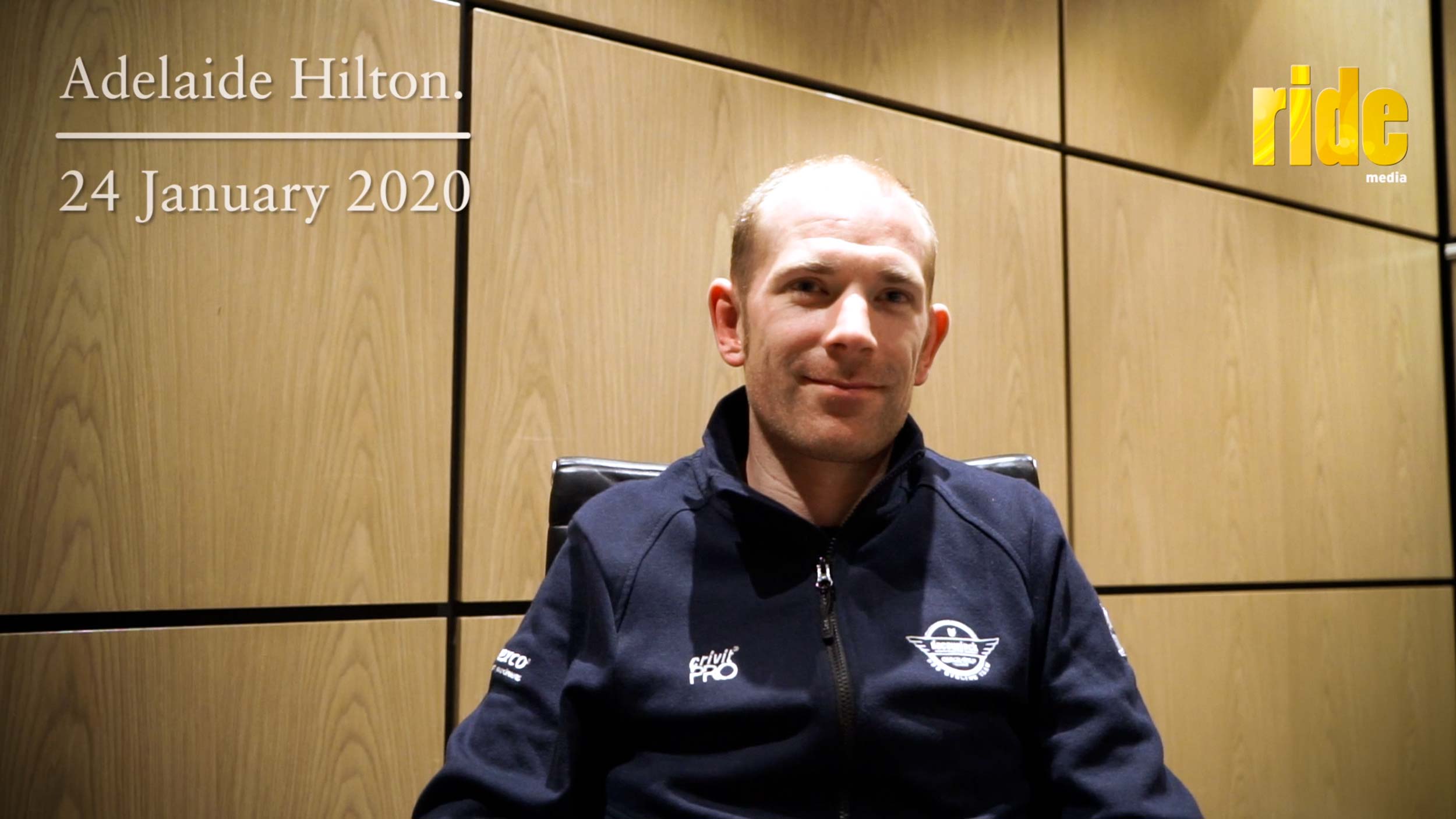 Although he’s become one of pro cycling’s most respected lead-out specialists, it wasn’t something he was good at to begin with.

“I would think it was a big mess,” he says when explaining the quest to lead the peloton to a sprint for his designated team leader.

“I couldn’t find my way in it and I was just drifting back. After the race I couldn’t tell why didn’t succeed with getting to the front.

“I would watch the videos and say, ‘How can the same guys keep on being there at the front, being precise, and delivering their team-mates?’”

After a few years, however, it all started to change and now the Danish champion of 2019 says it all comes to him rather naturally.

“Now, the last couple of years, I’m still sometimes wondering how I manage to go it but I think it’s just a matter of having a lot of experience, having confidence… now it just feels so easy for me to be there. I’m not even in doubt before a stage if I will be there or not.”

Only days before the interview, Morkøv had his first race with the Irish champion Sam Bennett as his sprinter. On the opening day of the Tour Down Under, the Danish veteran fulfilled his duty and Bennett duly won the first stage.

“Now I know I will be there. I will do my job. And I can even go into really fine details of what I want to do for my sprinter.”

– Watch the full interview to find out more about Michael Morkøv. – 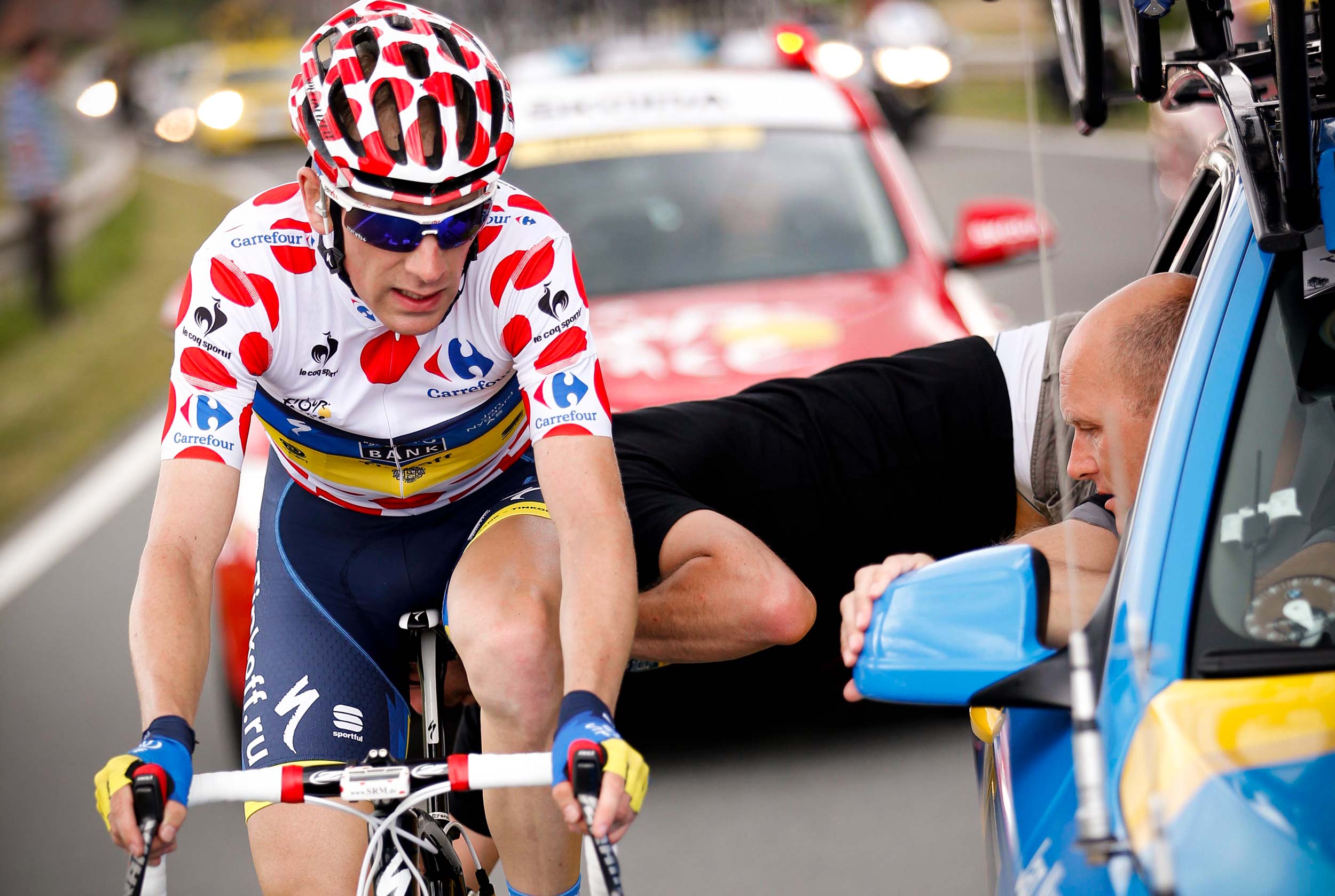 Morkøv first made the move from track to road thanks to a collaboration with Bjarne Riis at the Saxo Bank team of 2012, the year he made his debut at the Tour de France (pictured). The rider says Riis was his original inspiration to get into cycling… (Photo: Yuzuru Sunada)

It’s a long interview but a good one with some interesting insight into how Morkøv hopes to combine his heritage on the velodrome with the strength built on the road to keep his career going for at least another couple of years.

He is 34 now, turning 35 in April. The Olympics is a key motivation for 2020 and then, in 2021, he hopes to be part of the peloton for the Grand Départ of the Tour de France in Copenhagen, the city where he now lives with his wife and two kids.

Again, put the kettle on, make yourself comfortable and click ‘play’. 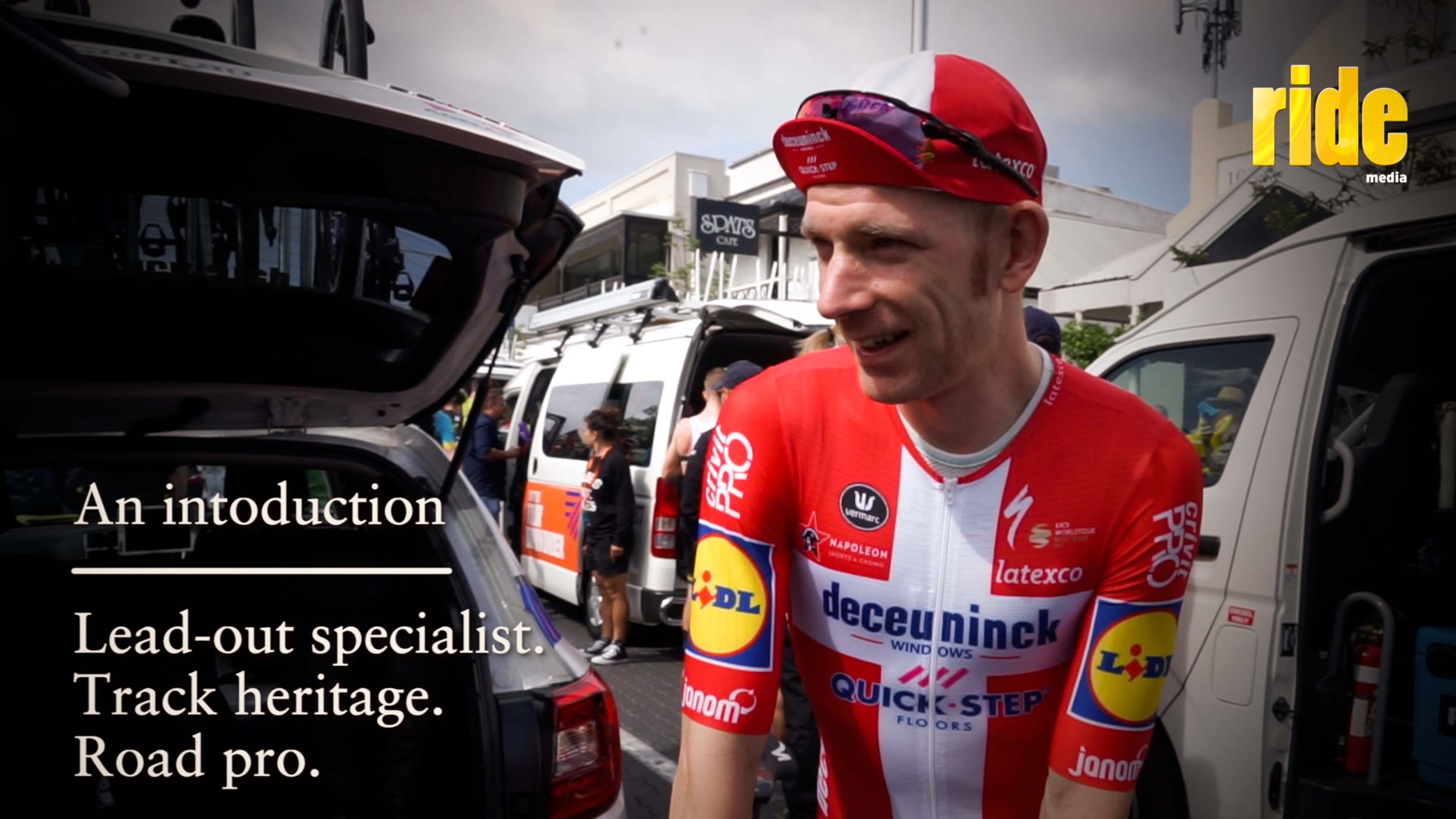