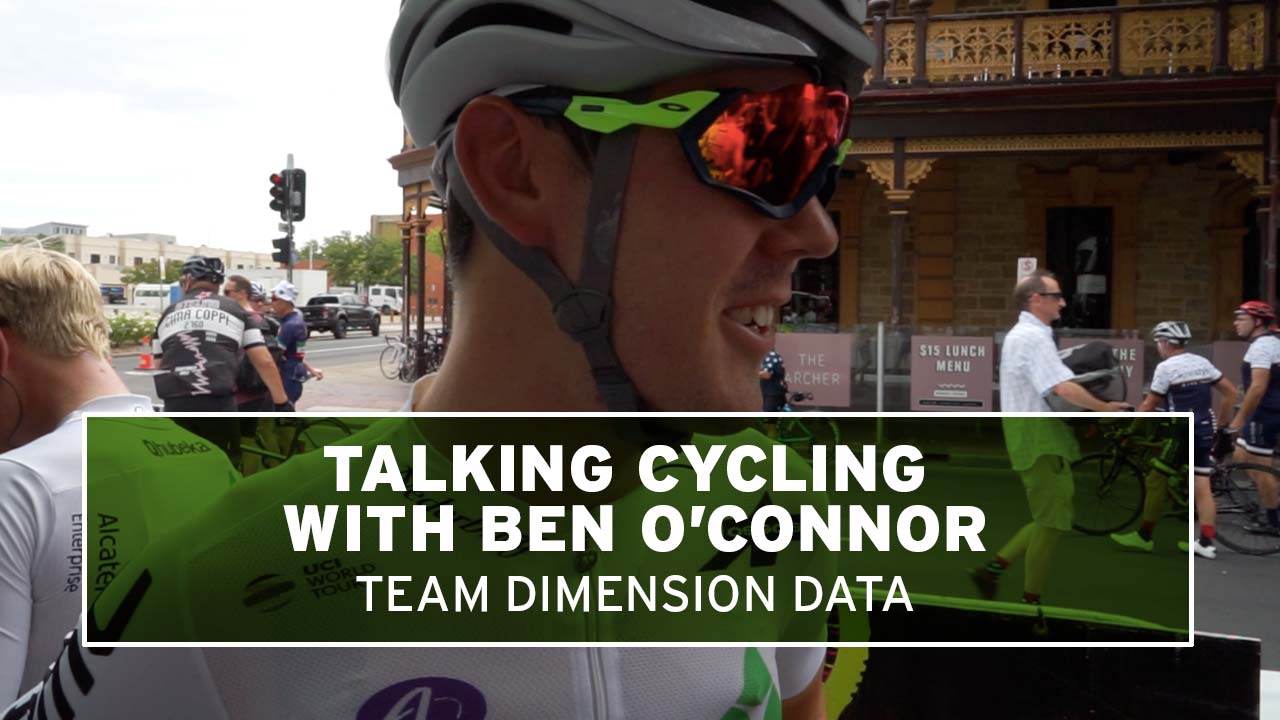 Ben O’Connor says he has “unfinished business” at the Giro d’Italia. He crashed out in stage 19 in 2018 and this year he hopes to get to the finish… high on GC.

It was an interview we had been planning for a while but somehow never got around to. Ben O’Connor is an interesting bloke with a joyful giggle, a good attitude to his career as a pro cyclist, and – now – a love of good food. He has begun his third season with the Dimension Data team and is looking forward to trying to make amends for crashing out of the Giro d’Italia while ranked 12th on GC last May.

He openly admits that the accident in stage 19 was all his fault and, a few minutes into the interview, it becomes clear that he has learned from his error.

Cycling is one thing in his life, it pays the bills and gives him the chance to see the world. But there is a lot more going on in his mind than thinking about the next race, and the next race alone.

– Click the link below to watch RIDE Media’s interview with Ben O’Connor. –

For more from the ‘Talking Cycling’ series of interviews, have a look around RIDE Media’s YouTube channel – there are over 40 features with a range of characters covering a vast array of topics.