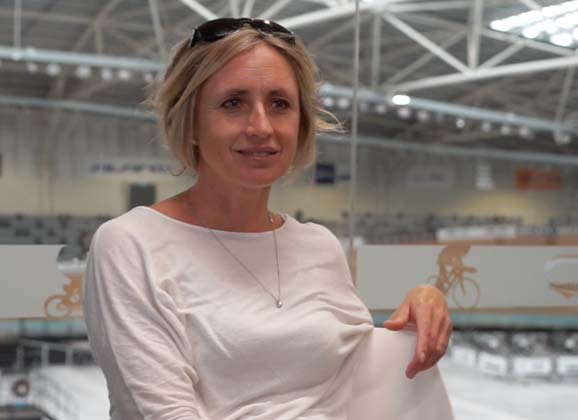 In 2004 one rider clad in black and white teamed up with her partner in a mission: to win an Olympic gold medal in her pet event. Sarah Ulmer and Brendon Cameron made a formidable combination. She rode. He coached. And they accomplished the goal in Athens.

Even before that world record breaking ride at the Games in August, Ulmer showed that it was possible for New Zealand cycling to take on the world’s best and beat them. 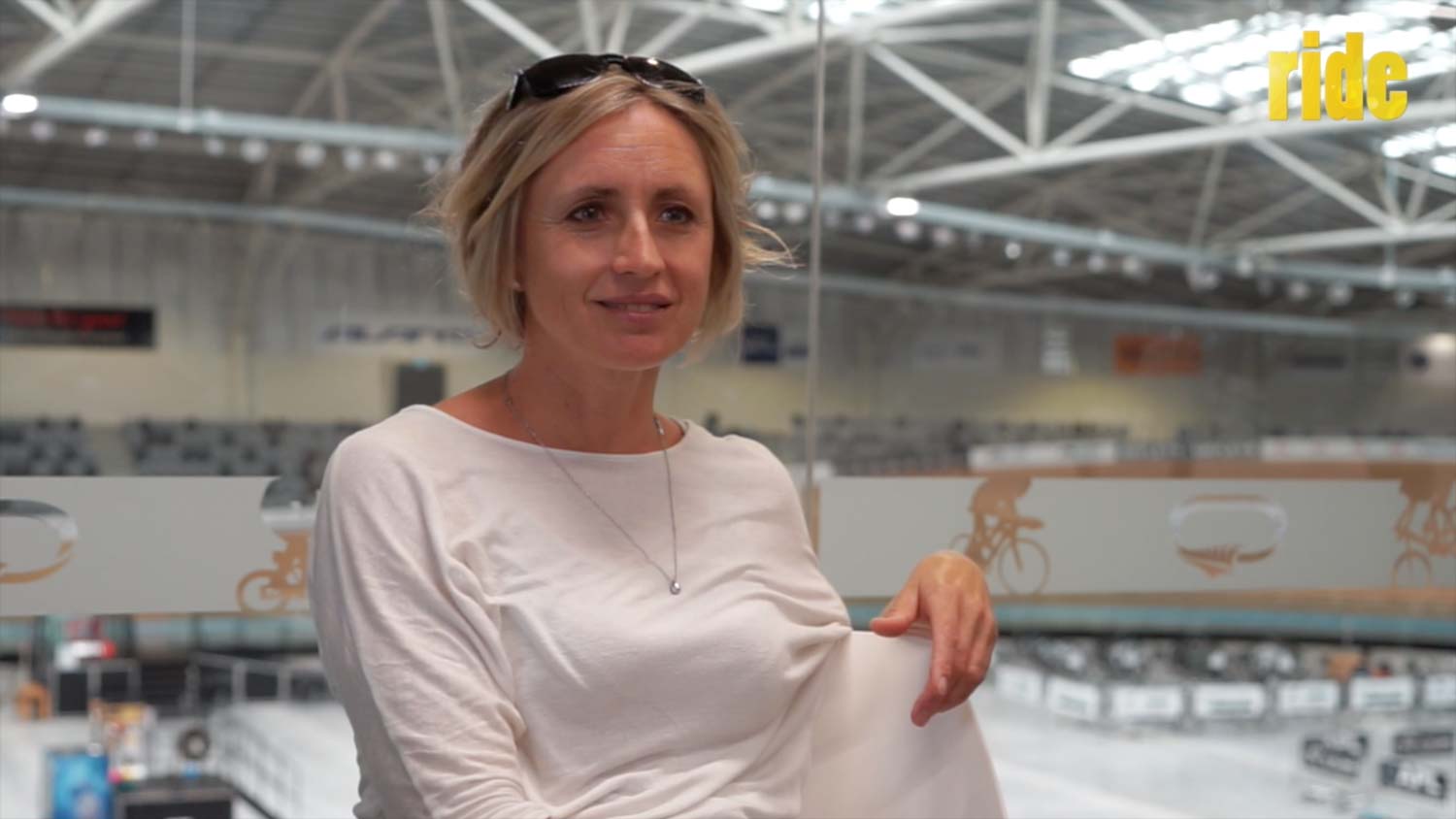 In May 2004 she set the precedent at the world championships in Melbourne. She posted the fastest time ever for a woman in the individual pursuit. Back then it was a 3,000m event – now it’s on par with the men, at 4,000m – but it’s no longer an Olympic discipline.

There is a team pursuit and had Ulmer not achieved her ambition and been injured from many years as a competitive cyclist, it’s possible that she’d have continued racing and continued to set new standards as a track and road racer.

Sarah Ulmer: a mother and an ambassador for cycling

Ulmer is a bundle of energy and together with Cameron, this partnership remains involved in the cycling sphere, he more so than her: Brendon still coaches (the NZ women’s endurance squad) and Sarah still rides, but these days she does so with her two children.

The racing days are behind her but the reputation she earned as a champion cyclist – and person – have served her well.

In recent years, she has helped lobby the NZ government and local councils alike to help improve the cycling infrastructure in her country.

The sport is booming in New Zealand and one of the reasons is that riders are able to ride in a good environment and with strong support and a range of levels.

There is significant funding for elite cycling in New Zealand but there’s also a focus on The Big Picture and grassroots support is helping to increase the size of the talent pool.

These days Ulmer would much rather talk about her aim to create a 70 kilometre long bike path near her home in Cambridge than reflect on her racing days. 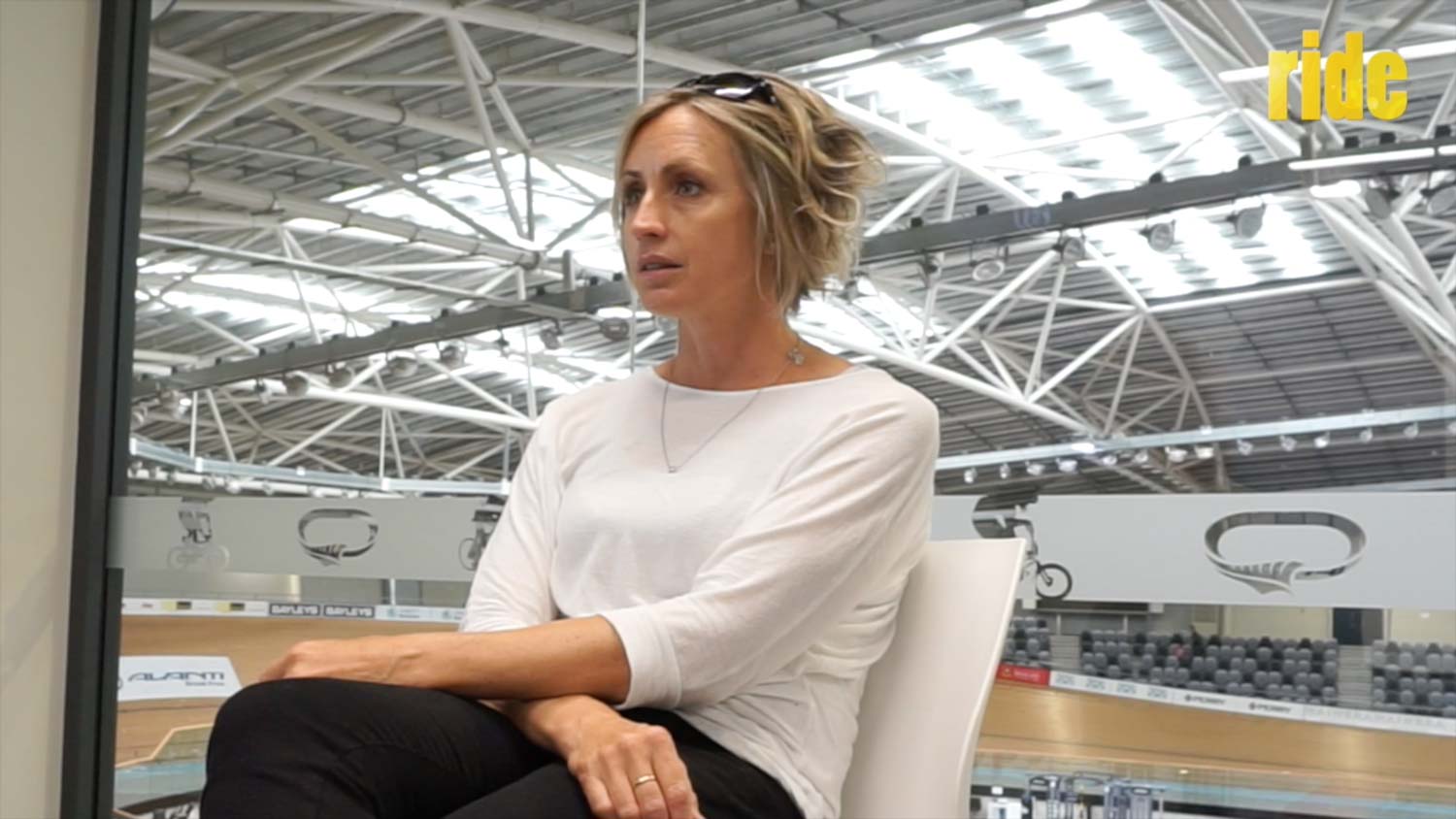 The interview began by talking about how things have developed since her halcyon days as a racer… and some poor mathematics. RIDE’s publisher, Rob Arnold, who spent four days riding in New Zealand before catching up with Ulmer opens the dialogue by suggesting it was eight years ago that she broke the world record (twice) and took two important gold medals back home.

Ulmer offers the correction: it’s actually 12 years ago that she was both the world and Olympic champion. It’s a long time in which a lot has happened, but it’s clear that she’s not losing any of her enthusiasm for life… oh and, of course, cycling.

The conversation takes place at the Avantidrome near Cambridge, a 30 million dollar facility that Sarah Ulmer helped open only a couple of years earlier with the assistance of Prince William and the Duchess of Cambridge. Riding around on the boards below were  riders from the national team, including three reigning world champions from the team sprint.

Meanwhile, elsewhere in the building Brendon Cameron was working away with other coaches from the Cycling NZ program.

Shortly beforehand, Ulmer picked out one of the many Avanti track bikes on offer for guest riders and set up Arnold’s 11-year-old son, Louis, for his second session on the boards.

The velodrome is an impressive facility but it’s only one of many initiatives in the country to encourage people to get on their bikes and let that ever-so-intuitive instinct take over. Riding has always been part of Ulmer’s life and, as you’ll hear, her enthusiasm for it means that many others are taking to the art of cycling in New Zealand. 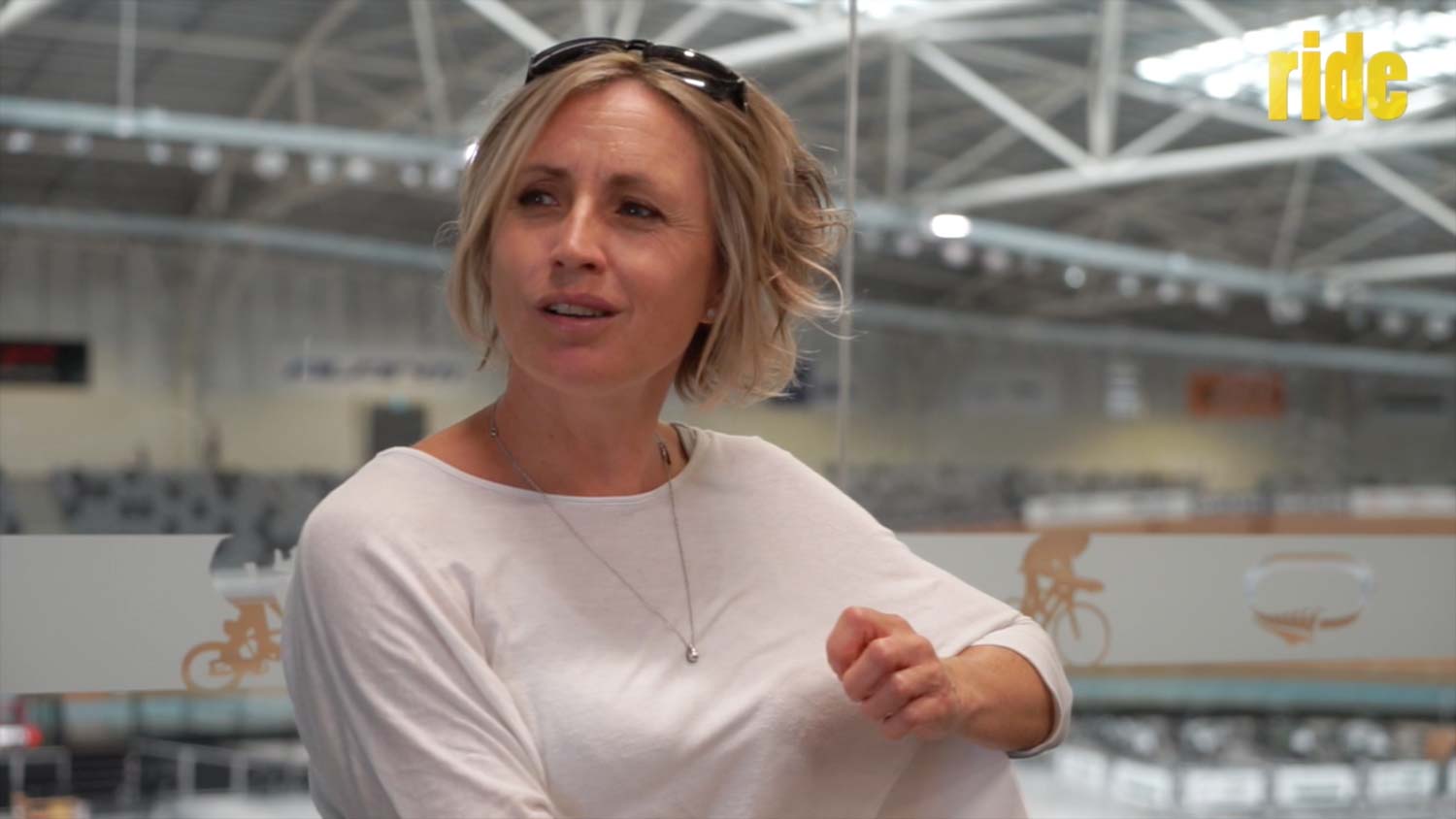