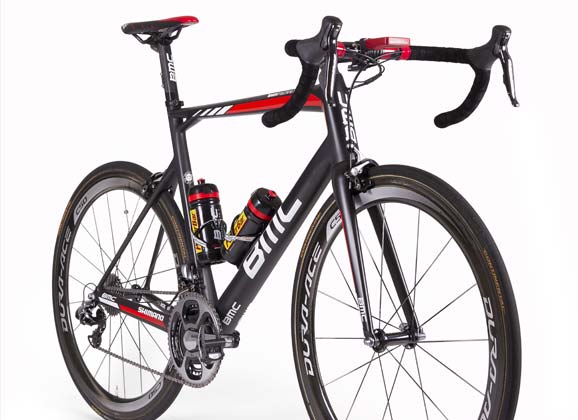 The third team bike from the big feature inside #RIDE71 – ‘WorldTour Equipment’ – is the BMC TeamMachine SLR01 of Rohan Dennis. Fully built with his SRM power meter, two bidons (empty), and a full Shimano Dura-Ace ensemble, the bike Dennis raced at the Tour Down Under this January weighed in at 7.20kg.

This is one of five teams which has the bike supplier as a title sponsor.

BMC is a Swiss brand that is owned by Andy Rihs, a business man who is a genuine cycling enthusiast. At a function in January he spoke to many of the Australian dealers and explained the origins of the name, which many believe is said to stand for Bicycle Manufacturing Company. But that’s not the full story.

According to Rihs the acronym has several options and one he particularly likes is “Better Make Cash”. (See below for more from Rihs.)

Click the photo below to begin the slideshow of 21 close-up images of Rohan Dennis’ BMC.

“I made my money not with bicycles but with hearing aids,” said the owner of BMC, Andy Rihs. He was speaking at a function at the Hilton Adelaide. In front of him was the bike ridden by Rohan Dennis to break the hour record. Around him were people who would buy into the brand that also supports a cycling team. RMC Racing is another of his assets and Rihs explained some of the fundamentals that keep him interesting in cycling.

It’s a business proposition, but it’s driven by a true passion for the sport.

“Without ears we cannot communicate,” he continued. “Without ears we don’t know who we are. And so ears are one of the most important things. And that was my job before, and I still am a big missionary for better hearing.

“I explain to people all the time, ‘If you have this problem, do something.’

“Don’t have shame, and not go out because you think it’s a shame to be deaf…”

Rihs’ first true investment in the pro peloton began over 10 years ago when he backed what became the Phonak Racing team. He has a range of companies in his business portfolio and Phonak remains dear to him even if, at the age of 73, he does make a habit of attending as many bike races as his hectic schedule will allow. Still, it’s clear that he is still as passionate about encouraging people to help themselves… be it with hearing aids or by riding bikes.

“Today technology is so good,” Rihs continued in his speech at the dealers’ dinner in Adelaide as he offered some background into his association with pro cycling… and the bicycle industry.

“We have here in Australia an excellent institution and universities in research and technology and there is a reason that Phonak came here; we won big business with the government and we used the universities and many institutions to get us ahead.

“Phonak came up out of a midsized company to become the world leader.

“Now that’s the reason I’ve been here so many times… that is why I have many friends still in Australia but yesterday we had the guys from Sydney come down here to the race today,” said Rihs about stage three of the Tour Down Under. “There was also a German guy, the CFO of Audi cars and they are all interested in cycling!

“Cycling is something much more than just a sport. Cycling is a passion. Cycling is a lifestyle. Cycling keeps you happy. And cycling really is a sport which in my opinion does not create frustration. It just creates satisfaction and good relationships between people – good connections. And that is something I love very much.

“So we have this team. This team is here, of course, to promote that idea of having more fun, more passion for something, and we make those things exactly for these people. We want to be the most professional company in this field – and I can say that I know we are very professional. He have a very high level for what we do; we are not just designing a little bit of bicycles and saying, ‘Hey, make this for us please…’ we really have a very large base of engineering, computer simulation, we are a hi-tech company.

“We are more, if you want, Silicon Valley-oriented, but in the end: making bicycles.”

What does BMC stand for…?

“Some people ask me, ‘What does BMC mean?’

“BMC is ‘Bicycle Manufacturing Company’ but that was already my second or third explanation.

“I bought this company and the guy who created it was an American in Switzerland called [Bob] Bigelow, so that’s the ‘B’. And he assembled bicycles for another company and he said, ‘Bigelow Mountain Cycles’ – something like this.

And with that the crowd roared with laughter. He is a cycling enthusiast… but he’s always thinking about business.

“There is no stopping the bicycle. We’ll continue to develop hi-tech bikes.

“The Porsches are made for a certain clientele: we enjoy this kind of quality and the style.” 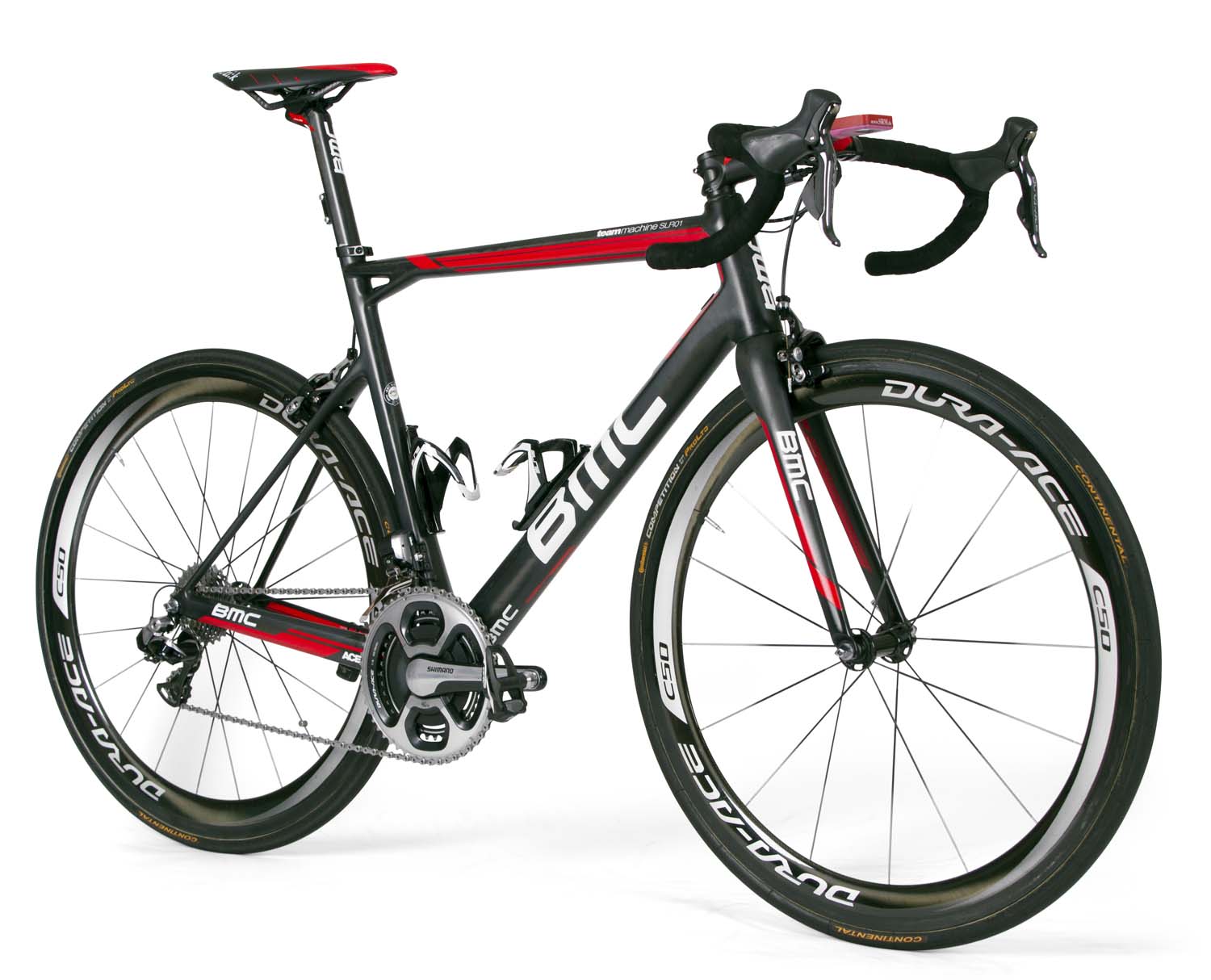 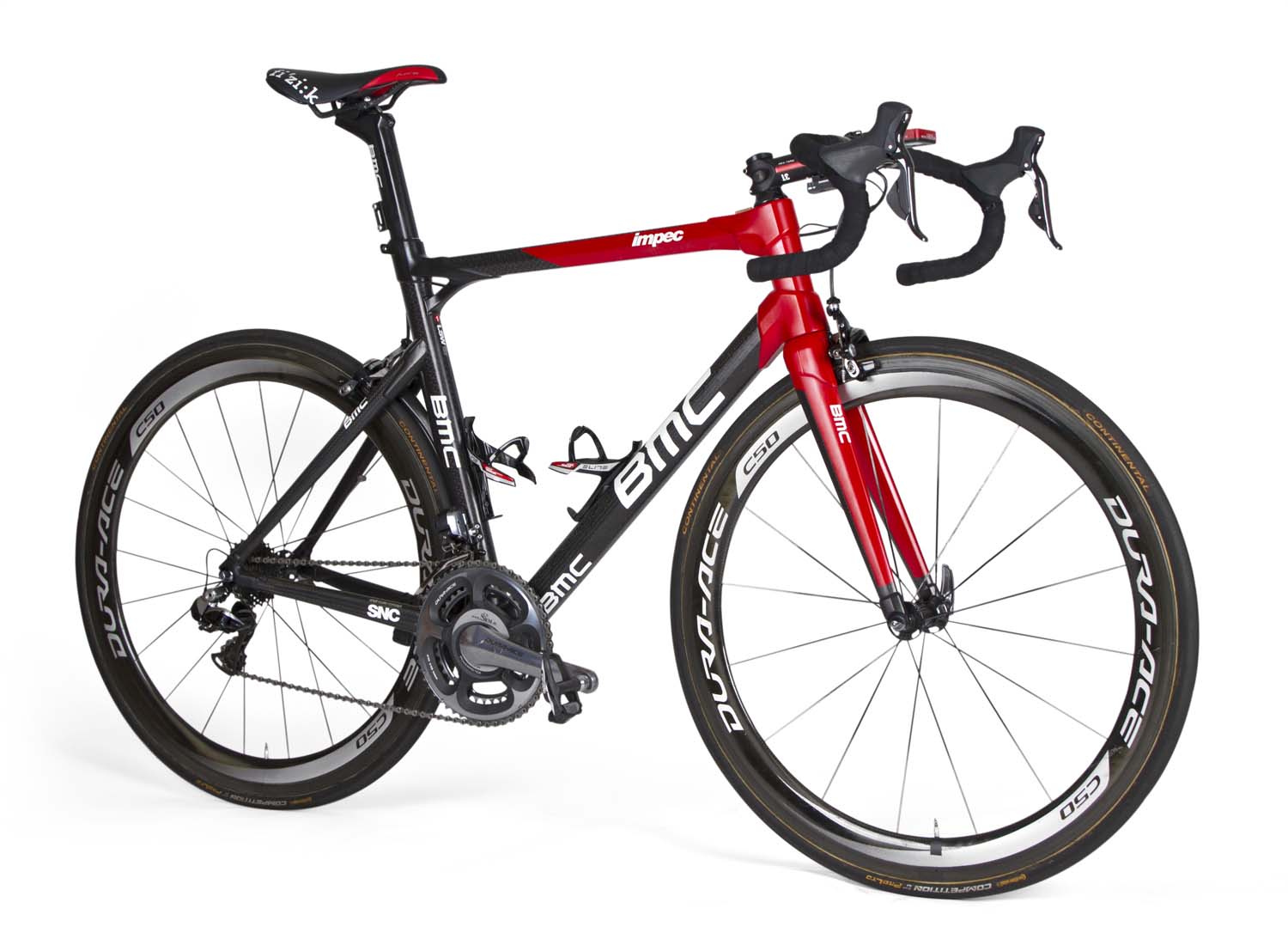 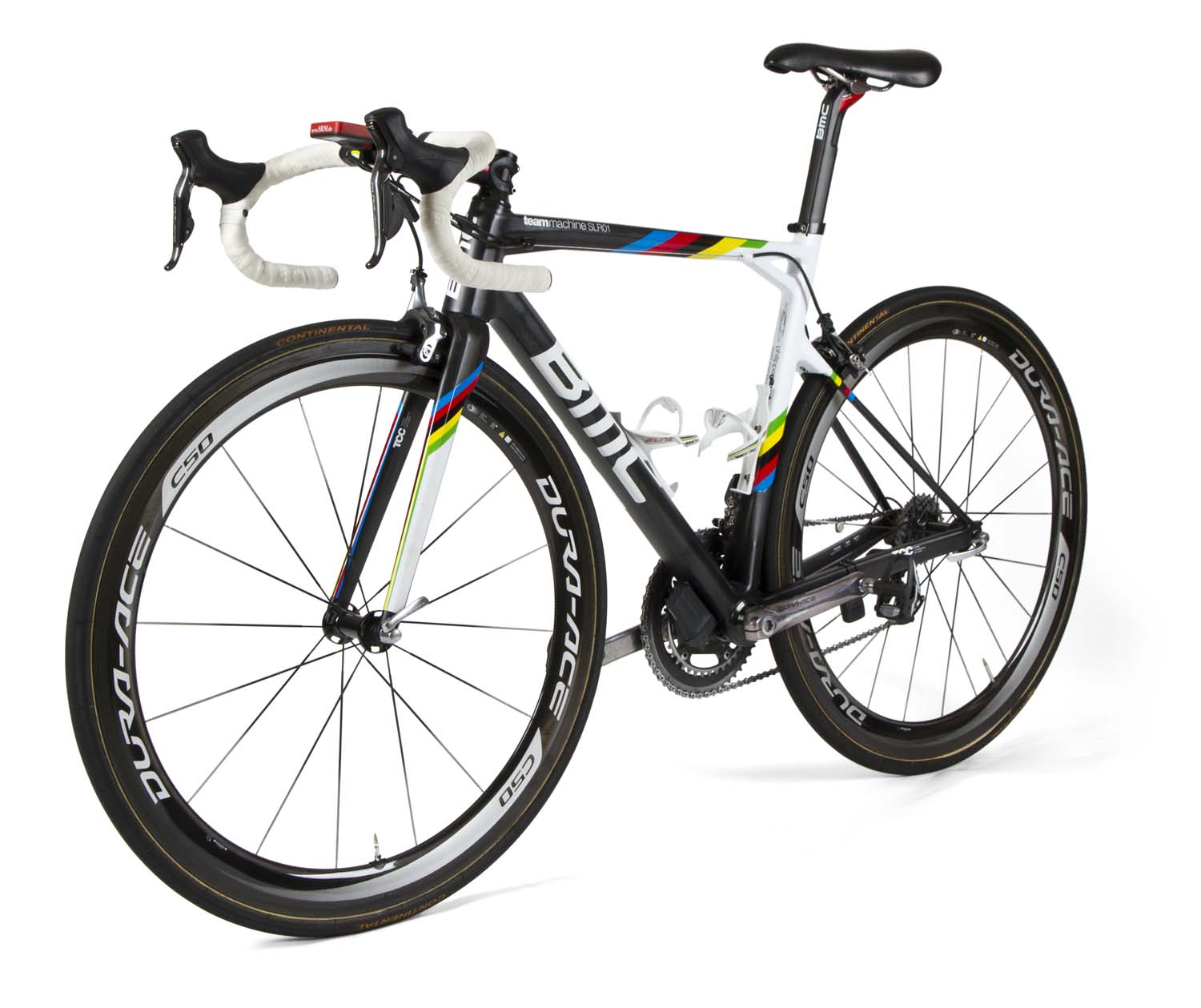