UAE Team Emirates DS, Peiper on Kristoff and the yellow jersey: “it was an unruly sprint, and he was in a good position”

On his way to the start of stage two, with the yellow jersey on the shoulders of Alexander Kristoff, UAE Team Emirate’s DS, Allan Peiper, took a moment to speak with RIDE Media about the opening stage of the 2020 Tour de France. 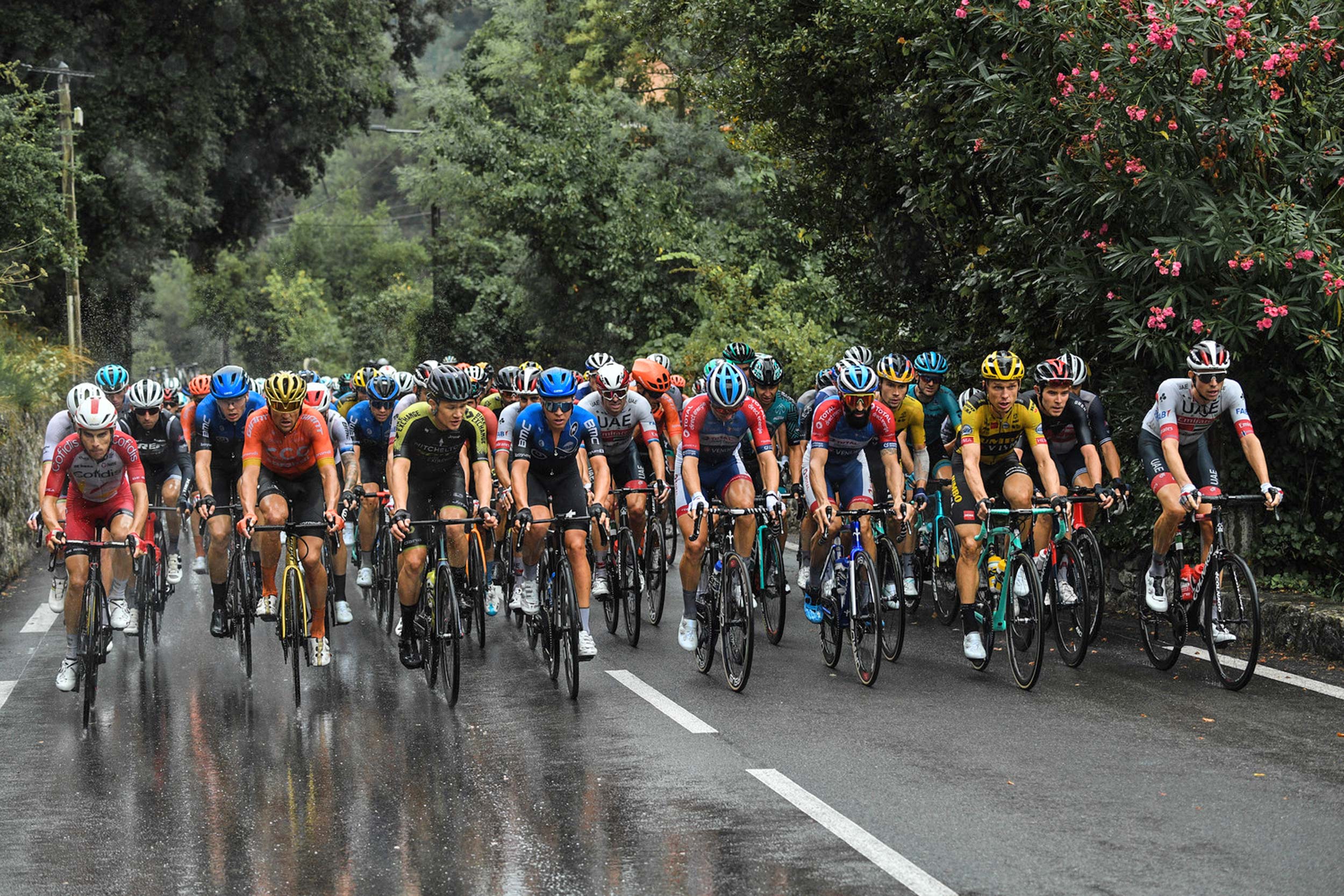 The peloton in the wet conditions of stage one of the 2020 Tour de France.
Photos: Alex Broadway (ASO)

Allan Peiper: “It was a bit surreal yesterday. It’s a surprise that things happen. I thought about that in the final, you know? ‘Could he win in the sprint?’ And I thought… Sometimes it doesn’t happen when you want it to and other times it just pops up and surprises. And that’s the joy of bike racing, isn’t it?”

RIDE Media: I can imagine. Were you in the passenger seat or driving? What was your position?

Allan Peiper: “No, I was in the passenger seat doing the radio…

“I’ve got a driver, that’s Matxin [Ferdandez] so I can just focus on the race and talk to the guys.”

RIDE Media: So, once it became clear that it was all back together, ready to go [for the sprint], talk me through your emotions for that last kilometre… he looked dominant in the end, so it was sort of an obvious pick but not a lot of people had called him as the potential [winner].

“So, more or less, Alex is not getting a lead-out but he’s getting left to the last couple of kilometres and then surf by himself.

“Alex had said… he knew the guys were going to be around him but they don’t really know what to do, and he can do it himself anyway, so he left them at a couple of kilometres to go… 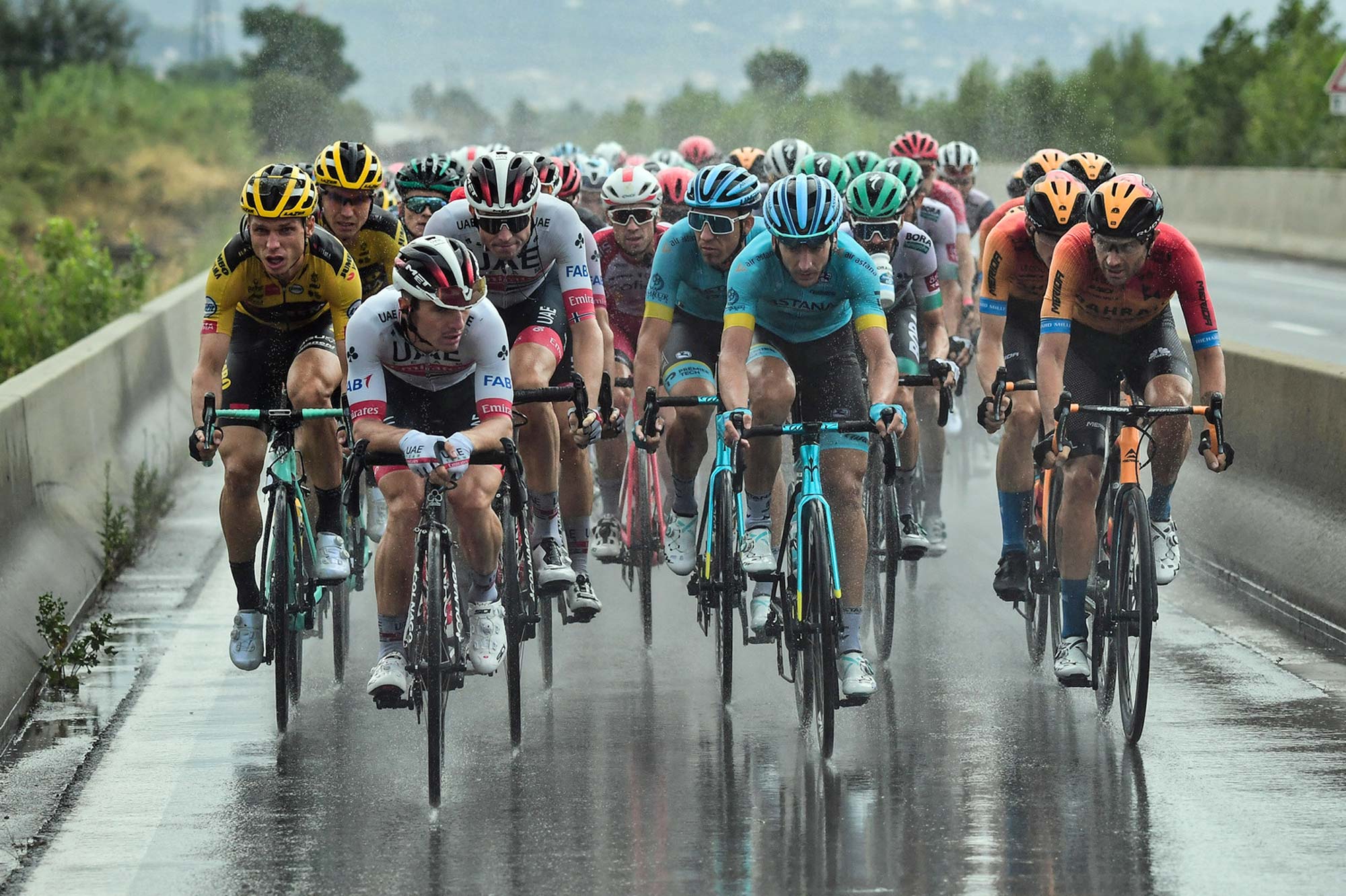 “Alex did [the Critérium du] Dauphiné a couple of weeks ago. He was probably one of the only sprinters there. But the objective of doing Dauphiné was to toughen him up. It was five days of super-hard climbing and I just said to him, ‘Look man, you’ve just gotta be here to get the racing in your legs, to get the hardness in your legs before the Tour because it’s going to be a tough Tour, tougher than other years. And you’re going to do a lot more climbing right from the start…’

“He rode the nationals in Norway. He did the European championships on Wednesday – which was good for him, even though he crashed. It was good for him because he’s a big, big diesel motor and he needs to go.

“He’d done enough efforts so that he was open and yesterday the climbing was good for him.

“He’s got that depth of endurance base. He comes into his own when it’s tough. He can hold his max power, even in a sprint, even after 250km. I just thought it was all right for him, but winning the bike race is obviously another thing.

“When he crossed the line, we were watching the final metres on TV and saw him boxed in at 400 to go and then back out and then move to the right. And then follow a wheel – the good wheel – with enough of a gap between him and the barrier to overtake.

“Then it was obvious he was going to win. It was sort of like the disbelief! The yellow jersey on the first day.

“Just for some background, our sponsors – like a lot of other sponsors – have been hit by COVID and then business turned down and all the rest of it… Emirates, with all their planes on the ground and thousands of people without jobs, we have been paid all through this difficult period thanks to the sponsors. And this was sort of like, we had to step up and do something, to show that we were valid and we are grateful.

“The sponsors can be happy and proud of us. So, I think that was also a bit of a motivating factor behind this first stage win. Even after the finish, we felt like we had a win… thanks to their support.” 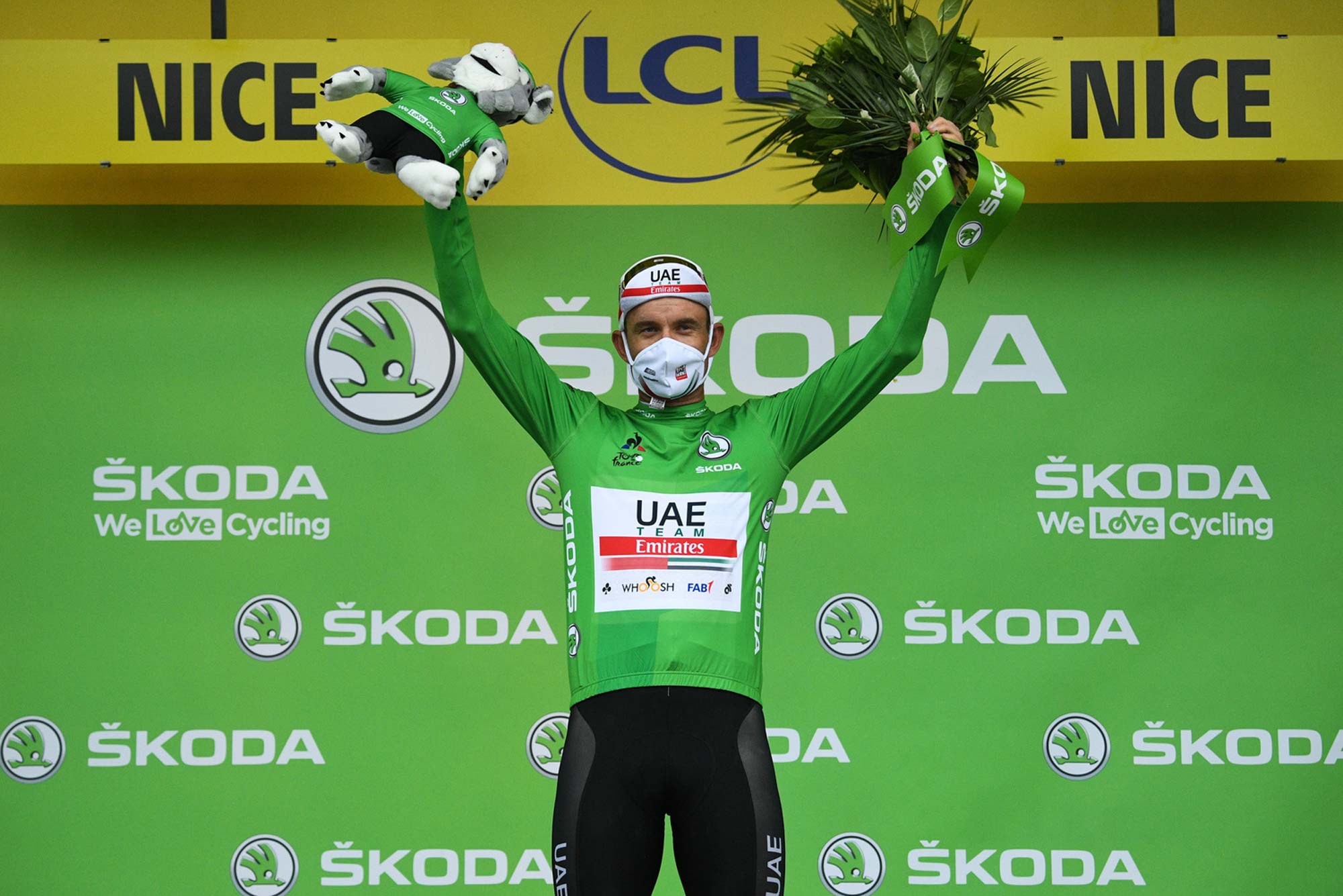 RIDE Media: It’s an incredible start on a very confusing, awkward, difficult, upsetting day – in fact – with a lot of injuries and a lot of withdrawals already. You’ve mentioned him, so I wonder if you could just speak for a minute, if you don’t mind, to paraphrase the qualities of Tadej and all that you’ve learned from him and what we can expect in his debut now. Is his through the first stage unscathed…?

Allan Peiper: “Yeah, he’s through the first stage. He was at the front the whole day yesterday, sprinted in in 17th position.

“You saw the sprint, so it was an unruly sprint, and he was in a good position to finish inside the top 20 in a bunchie on the first day… you know you’re going pretty good. So, he’s got bike handling skills, he can do a great TT. He’s confident in himself without being cocky. And he’s respectful to the other big riders. And he knows what he can do himself.

“We are just staying within ourselves, staying focussed on our main objective while we’re letting the other riders have their heads in the sense of defending the team and looking after the team.

“Tadej was super excited that Alex won. I think that shows the guys he is. He’s a team man and they are dedicated to him.

“So, we’re in a good place at the moment. It takes the monkey off our back, to get started so that if we are hiding away in the next few days, saving energy for when we really need it… we’ve got a little bit of reserve behind us.”

RIDE Media: One last question… ordinarily, if you take the yellow jersey in the Tour de France on the opening day, you’re having a pretty big party. What was the atmosphere like after [Kristoff’s win], given that it’s the COVID-19 era?

Allan Peiper: “Well, yeah… even though we’ve got face masks on, you can’t very well… stop the celebration.. of giving a fist-punch or a slap on the back or, in some cases, even a hug…

“Everyone was super excited but we’re still focussed on the job and we didn’t get to the [dinner] table until 9.30 or 9.45 last night; some of the staff were coming in later because we had three riders crash and one bike needed to be changed, so a lot of stuff moving around.

“But, we’re very excited and we did have a little celebration drink but it was only half a glass.

“We took it all in. We didn’t let it pass with doing nothing, but we realise there’s a job in hand as well.”