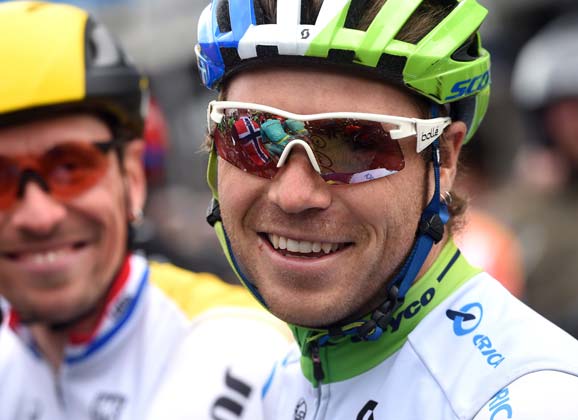 The Orica-GreenEdge team had a lot to celebrate on Sunday after Paris-Roubaix but there was also a frightening accident involving one of the true characters of the pro peloton. Mitch Docker crashed heavily in the Arenberg Forest and sustained terrible injuries to his face.

There is footage of the crash on the internet but we’ll refrain from showing it – or the horrific photos taken shortly afterwards – out of respect for Docker.

What we can report, however, is that Mitch is managing quite well and is expected to return home to Girona today… thanks to a 10-hour ambulance transfer from Paris.

It’s not easy for Mitch to talk after an operation to repair the wounds on his face but we spoke to his brother, Kirk Docker, to get an update.

Click the Soundcloud file to listen to the interview with Kirk Docker and/or read the transcript below. 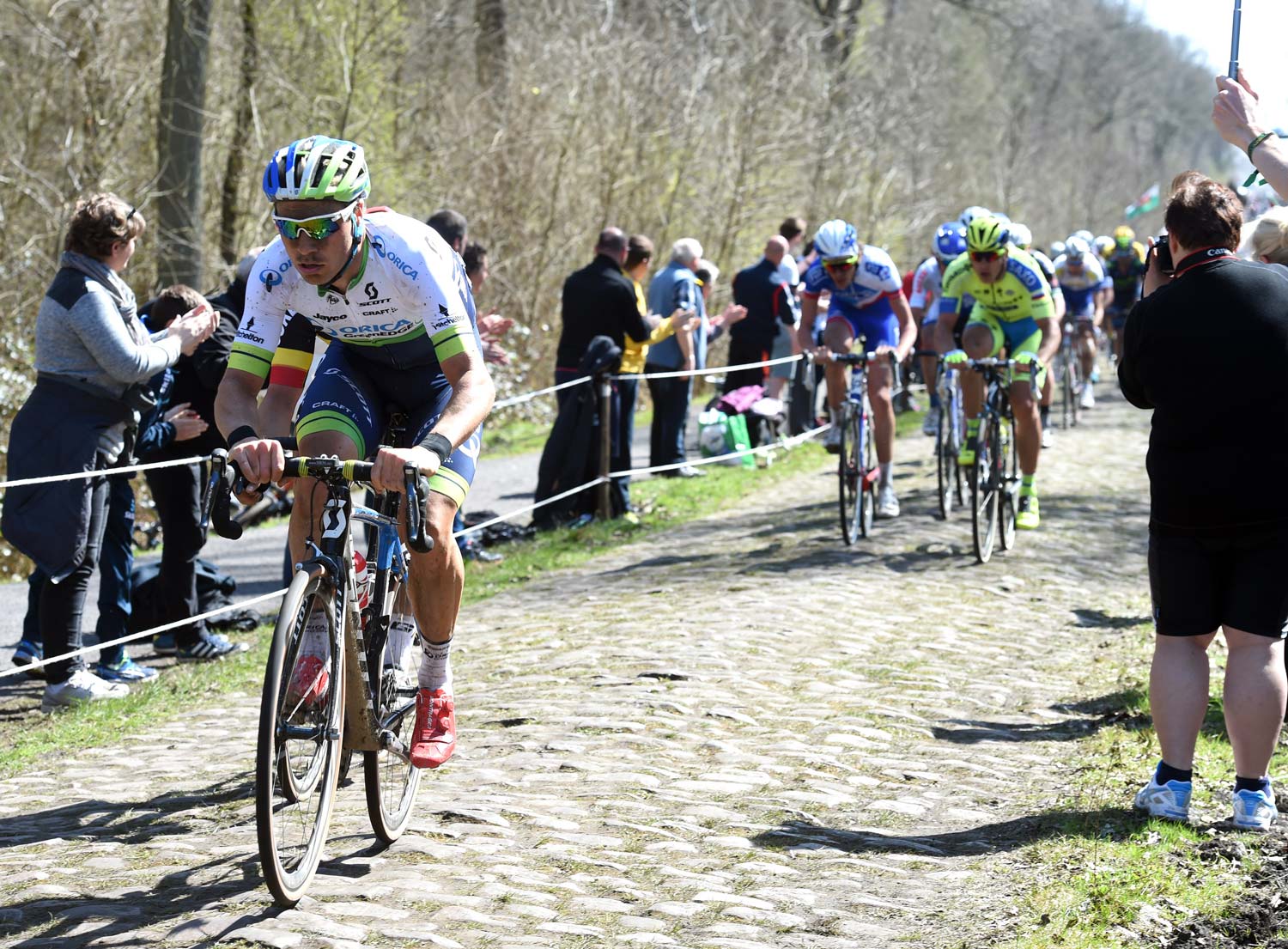 Mitch Docker on the pavé of the Arenberg Forest during Paris-Roubaix in 2015…
Photo: Graham Watson

RIDE: We’re going to talk about your brother who had a terrible fall the other day. How’s he pulling up?

Kirk Docker: “He’s good. He’s frustrated more than anything because he was feeling really good. He’s in good form, this is his favourite time of year – the Classics – and so his whole pre-season is geared towards this and peaking around this time of year.

“He was in really good form.

“He was pretty pumped about the race so he’s more frustrated than anything that it turned out the way it did, and frustrated that he’s injured and that he can’t keep riding at the moment…

“I suppose that’s where his head is at.

“He’s making jokes but he is pretty sore.”

[There were] some dramatic images that some people have seen and, like someone told me, ‘you can’t unsee them’. How is his face?

“Well, he’s quite funny actually because when he was a kid he had a really bad fall when he was about 17; he landed on his face and took a heap of skin off. He didn’t want photos taken and he didn’t really want people to see photos.

“And I wasn’t sure how he was going to feel about this one. But he’s been the opposite. He asked the surgeon if he could take a photo while he was being operated on – for his own records – and he flicked me through a few pics so he’s almost got a morbid curiosity in the face of it all with his injuries.

“Because he can’t fly, he’s still in France and he lives in Girona (Spain), and they’re going to put him in an ambulance for the 10-hour drive. He asked if they can have the sirens on the whole way, as a joke.

“So he’s sort of cracking a few jokes about it all.

“Heavy fall on both his knee and shoulder but no breaks.

“It happened in the Arenberg Forest.” 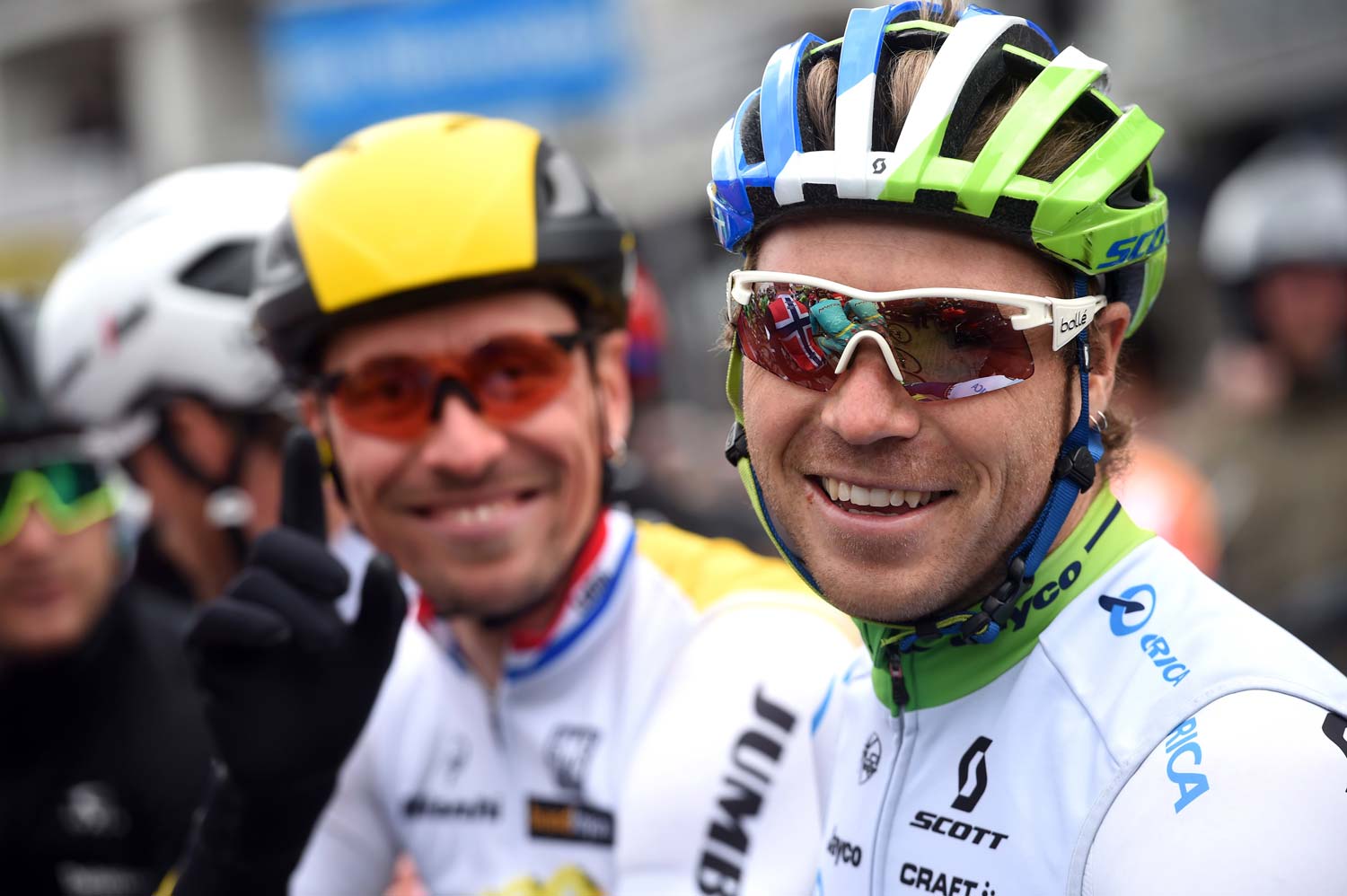 Docker, all smiles before the start of Gent-Wevelgem in 2016.
Photo: Graham Watson

A lot of people have seen the footage so they kind of understand that he just basically front slammed, didn’t he?

“Yeah. He’s watched the footage himself and because of the nature of accidents he doesn’t actually know why. And from the footage it’s hard to tell how it happened. But you know what Roubaix is like, it’s just super old roads and it could have been as simple as a touched wheel or whatever.

“But he doesn’t 100 percent know how it happened.

“Basically he went over the bars and just landed on his face. What happened there is how he got those injuries.

“He’s pretty lucky, all things considered – and it’s pretty horrific – but the surgeon and the team doctor who speaks French, have both said he’s pretty lucky.

“He’s got no head (brain) injuries; it’s all been given the all-clear. 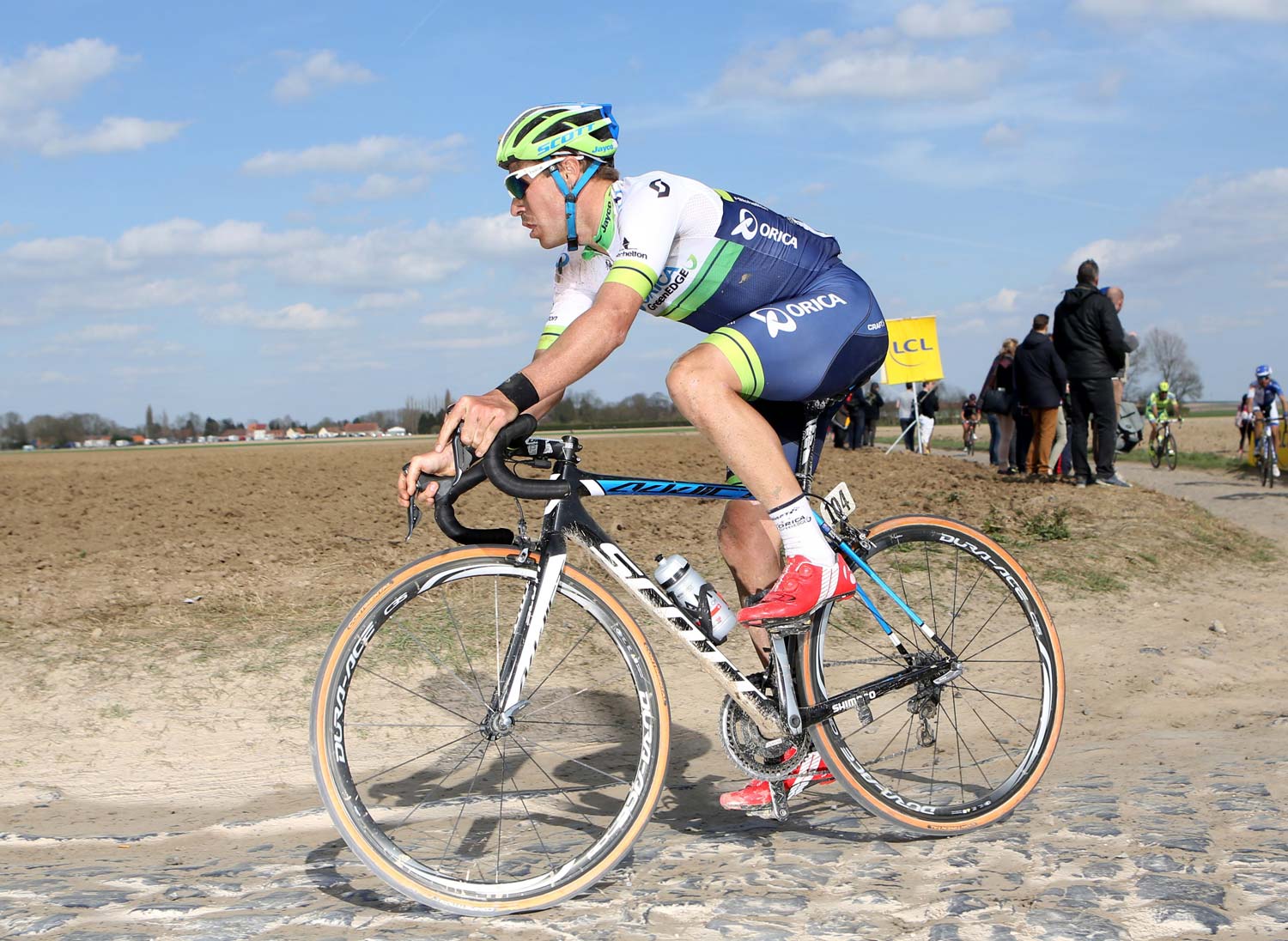 Docker during Paris-Roubaix, one of his favourite races, in 2015.
Photo: Graham Watson

As a brother you have concerns and I know it’s great that he’s had your parents over there – that’s just a coincidence isn’t it?

“Yeah, they went across to watch Flanders and Roubaix so they just happened to be there and [the plan] was then to go and hang out in Girona for a little bit. He had a week off after this race… it’s not the best circumstances – they were there to have fun and see him ride well, but they’re over there looking after him.

“His wife, Lydia, is there too so it’s worked out well that they’re there because he did need some support.”

It’s just serendipitous and I guess it’s also exaggerated by the fact that Australia would otherwise be talking about the seriousness of [the fall], but we’re also celebrating a victory. Has he talked to you about Mathew winning?

“And he was annoyed because he’s doing his podcast, ‘Life in the peloton’ [and] it’s yet to be released but the day before he interviewed Mathew Hayman about riding Roubaix, how to ride it, the intricacies of riding it… and he was looking forward to doing a part two at the end of the race about how they both went.

“Ironically he can’t do the interview yet because of the state he’s in but he’ll get to talk to Mat when he’s [recovered] and get the back end of that.

“They’re at complete opposite ends of the spectrum in terms of what their races have been but he is pretty pumped about that win – he couldn’t be more excited. He thinks [Mathew] is the greatest bloke and he had spent a good chunk of time interviewing the day before about riding Roubaix and he sees him as a bit of a hero because of the amount of times he’s ridden it.

“[Mitch] just loves Roubaix so much himself so he couldn’t have been more stoked about Matty winning.”

Alright. Well, when you’re next speaking with him send him the regards from the whole RIDE team: we hope he’s okay. And thanks very much for explaining all of that.

“His headspace is really good considering all this. He’s in good spirits. He’s doing well.”

For more, be sure to bookmark ‘Life in the Peloton with Mitch Docker’.