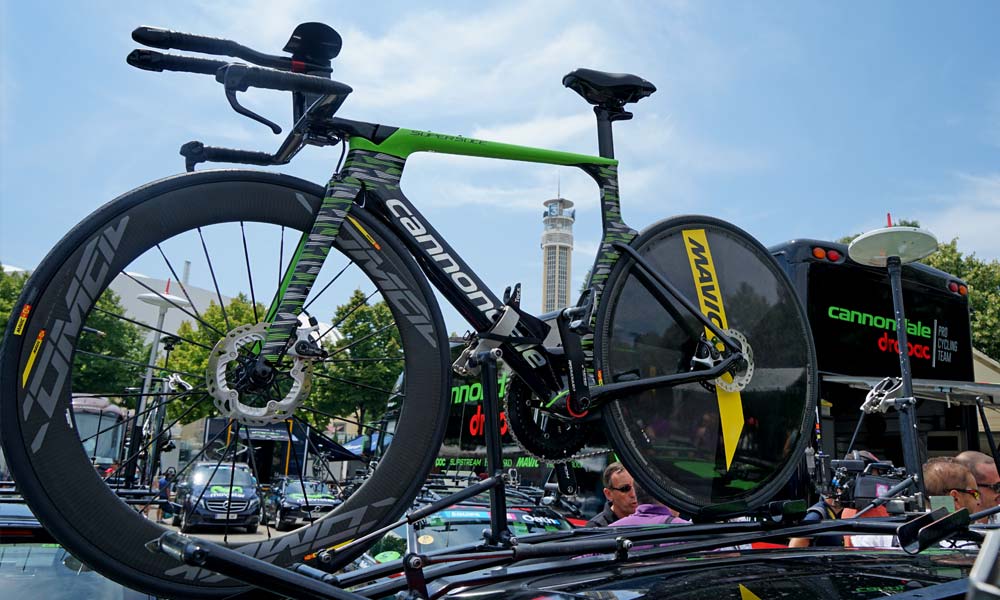 After 19 stages and 3,414.5km of racing, Cannondale-Drapac has a rider in third place overall. Rigoberto Uran starts the 20th stage just 29 seconds behind the yellow jersey… can he win the Tour? We ask team manager Jonathan Vaughters…

As well as watching on as Rigoberto Uran calmly zig-zagged his way to the south of France, Jonathan Vaughters, has been busy during July preparing for an announcement regarding a new sponsor. ‘Oath’ will be part of the Slipstream team from next year onward.

This is exciting news for the US-registered line-up and while Vaughters is excited about the prospect of a new sponsorship initiative, the thing that’s occupying his mind more on this hot Saturday in Marseille is how his Colombian rider Rigoberto Uran will manage his time trial today.

The 30-year-old is ranked third, at 29”. So to win the yellow jersey, he not only needs to win the stage but put significant time into Chris Froome. 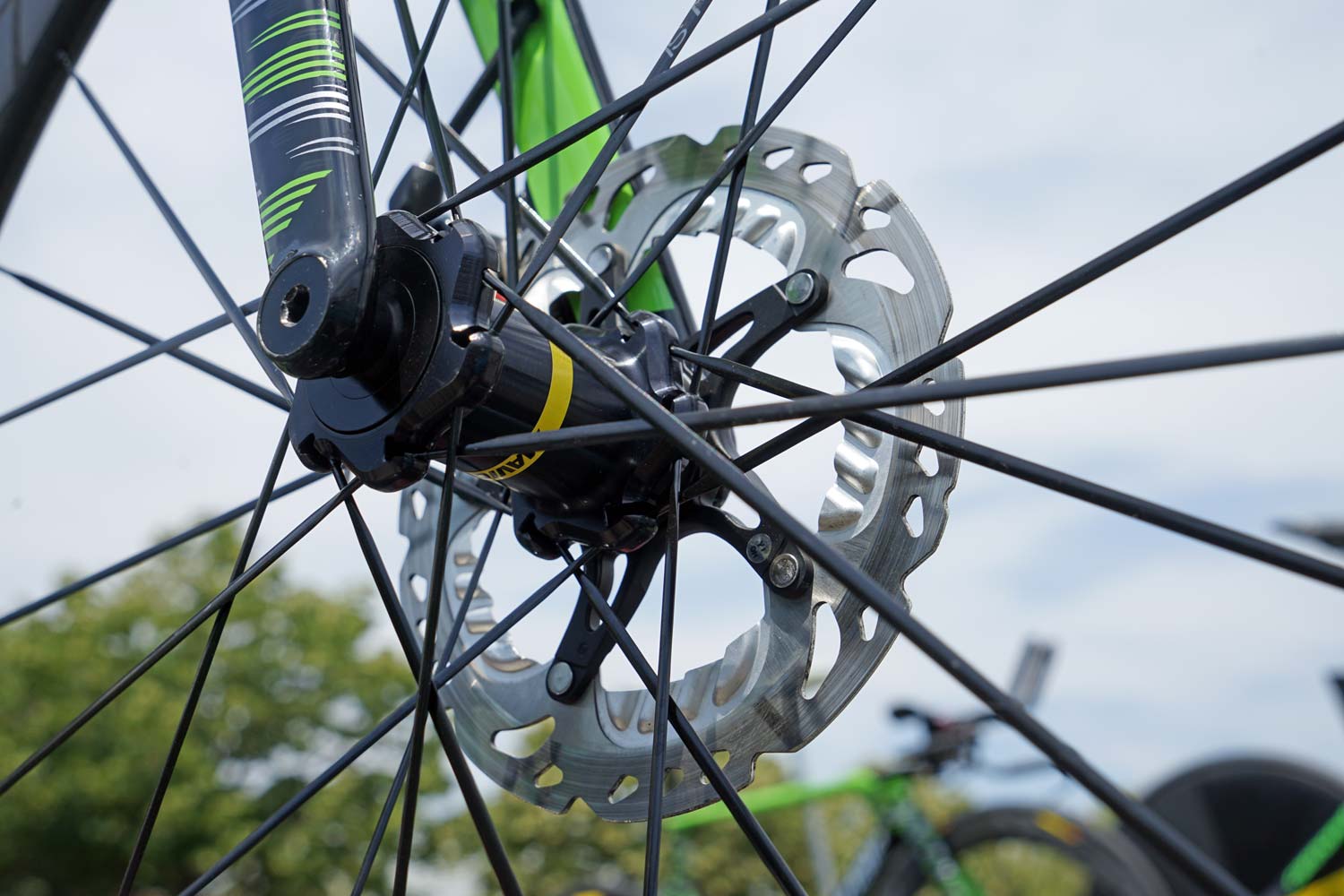 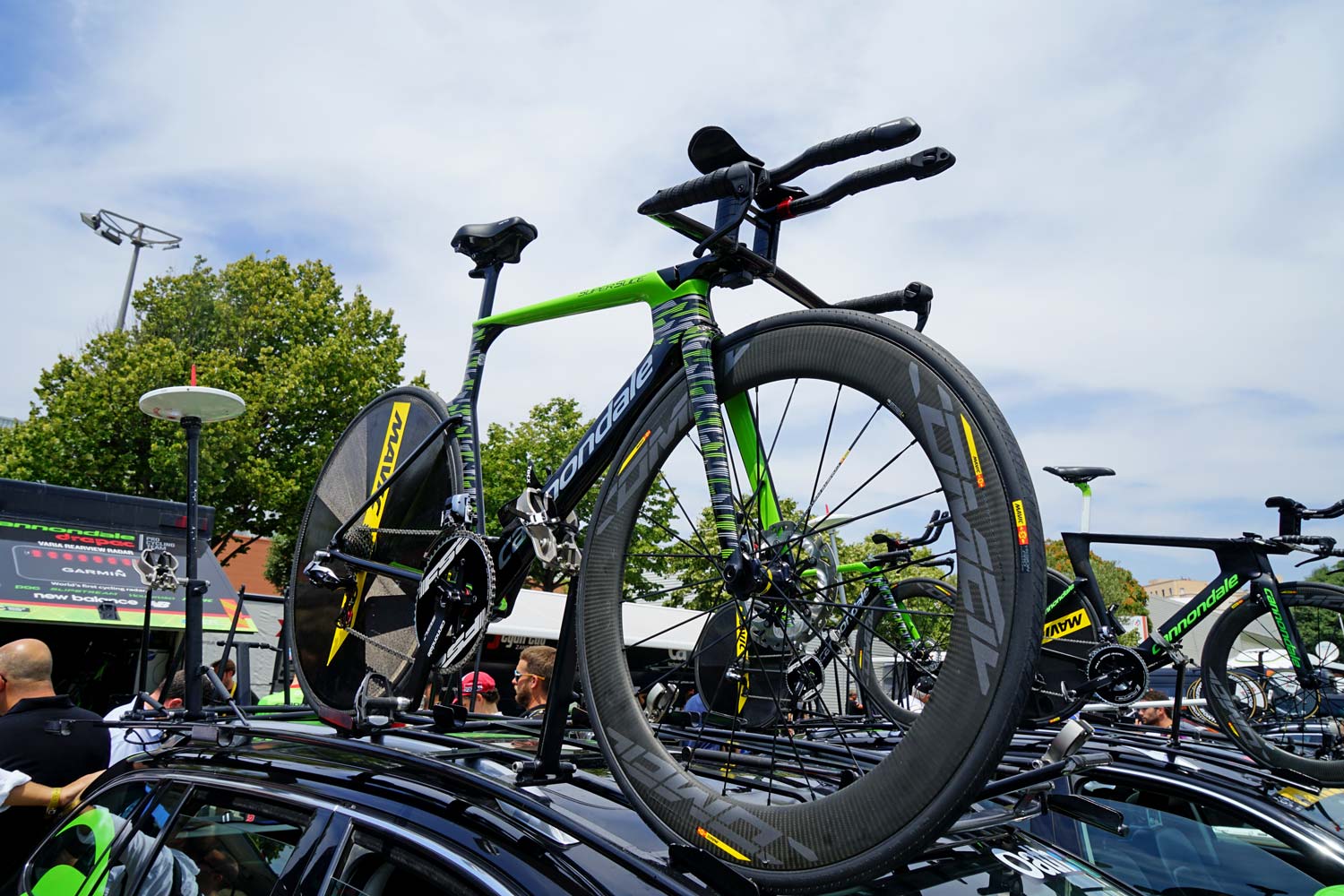 Although the option exists to use disc brake bikes in the TT, Uran won’t be doing so in Marseille…

RIDE: I’m with Jonathan Vaughters just before the time trial in Marseille. It’s a very exciting day for you. Do you think there’s a chance of an upset?

With regard to the specifics of the time trial, you have disc brake bike options; what’s Rigo’s set-up going to be?

“We’re using just the rim brake bike. We’re using a front, tubeless aerodynamic wheel which is new technology, and a rear disc with a clincher tyres which is almost the same design as the tubeless but not quite.”

What about his TT form, how would you rate it at the moment? We know he’s won big ones in the past but…

“It’s impossible to tell. It’s the end of the Tour; three weeks of racing can sort of make it or break it as far as that goes.” 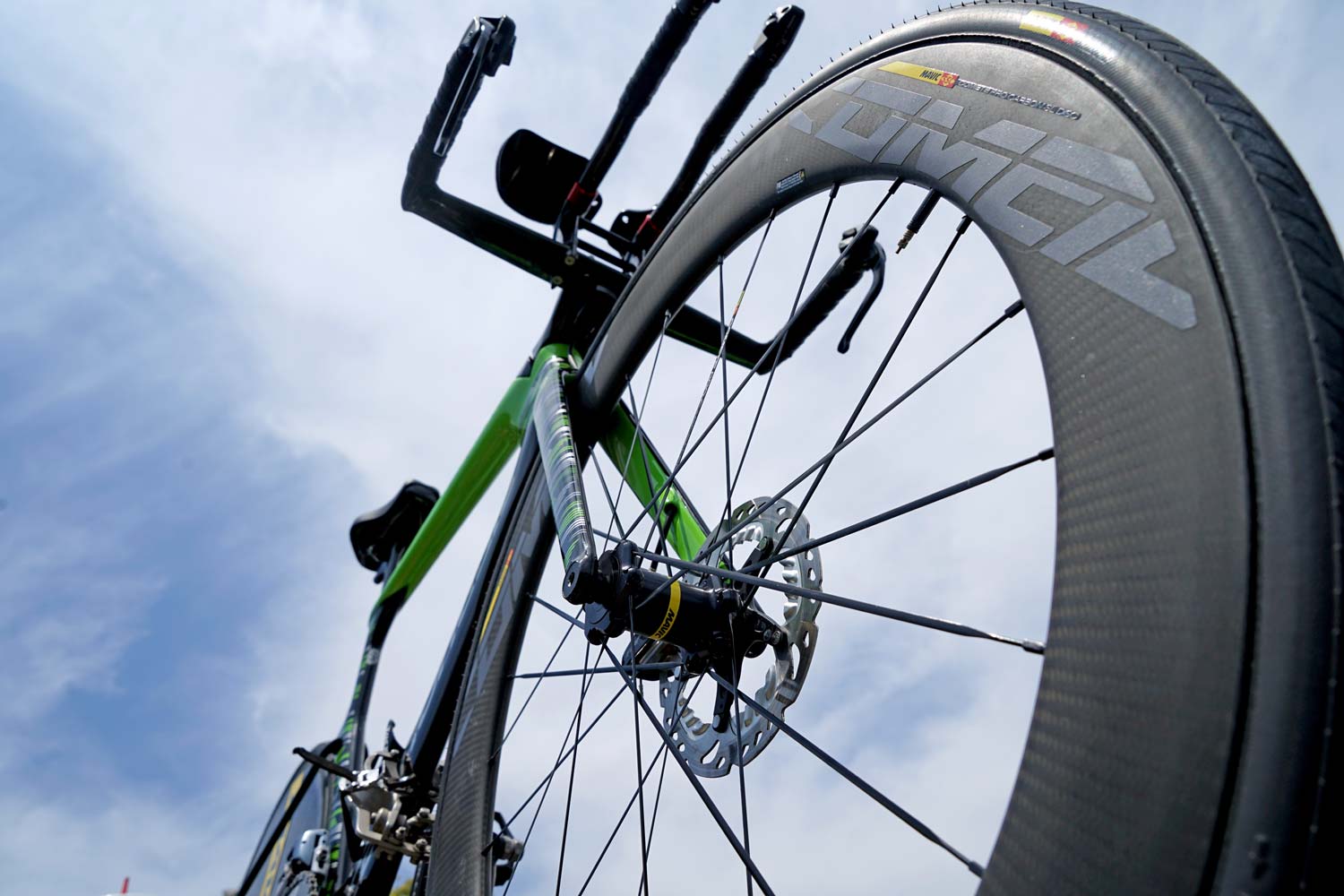 Although there is a new sponsor for the Slipstream team in 2018, the manager isn’t yet certain what the name will be…

And you have news about the new sponsor…

And so it will be ‘Oath-Drapac’?

“You know, it’s a digital media sponsor and it’s like we’re still working out how to fit in the name. They’re more interested in creating content around the team than they are in naming rights, if that makes sense.

“They’re looking at the model very differently than a traditional sponsor.”

We’ve already seen a proliferation of team PR releases going out and the teams trying to be the media in their own right. Is that what the intention is?

“No, no, no… no. It’ll be more an intention of creating storylines for all of their websites which are Engadget, Tech Cruch, Autoblog, Huffington Post… on and on and on.

“Creating content about the stories of these athletes when they’re at home; how do they prepare for these events? How do these guys get to where they are in the first place?

“It’s sort of the untold story of cycling – the day-to-day grind of the athletes, the reality of being an elite-level athlete and how you get to that point of excellence… That’s what the story line is.

“It’s a different line… Cycling is one of the most popular sports and it’s taking professional cycling and trying to show it to the people who just ride bikes as something that’s relatable and, in that way, driving a larger audience.”

Well, we look forward to seeing how that develops. Now, just give me your prognositic for today?

Okay then, just a sentence or two about your emotion of likely having a rider finish on the podium of the Tour de France.