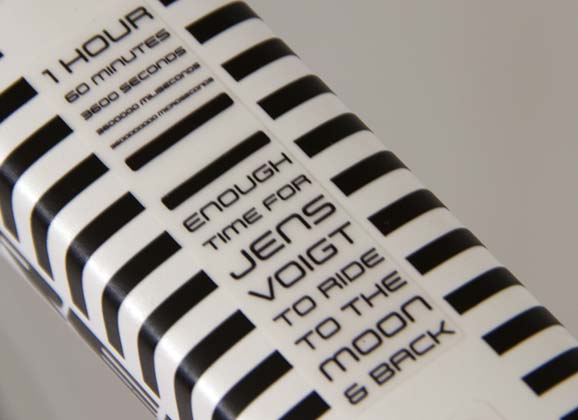 In the final part of our series with Jens Voigt, the former professional talks about the moment when he realised it was time to call quits on his career… and why he conjured the idea of taking on the hour record for his final competitive ride.

The German will be in Australia next month as part of The Tour On Stage; he will appear in Sydney and Melbourne only (as the Adelaide and Brisbane events have been cancelled).

He may no longer be racing but he’s a competitor, an entertainer, and a guy who has introduced many to the beauty of cycling over the past 20 years… or more. We speak about how he started, how he finished and a few other things along the way. 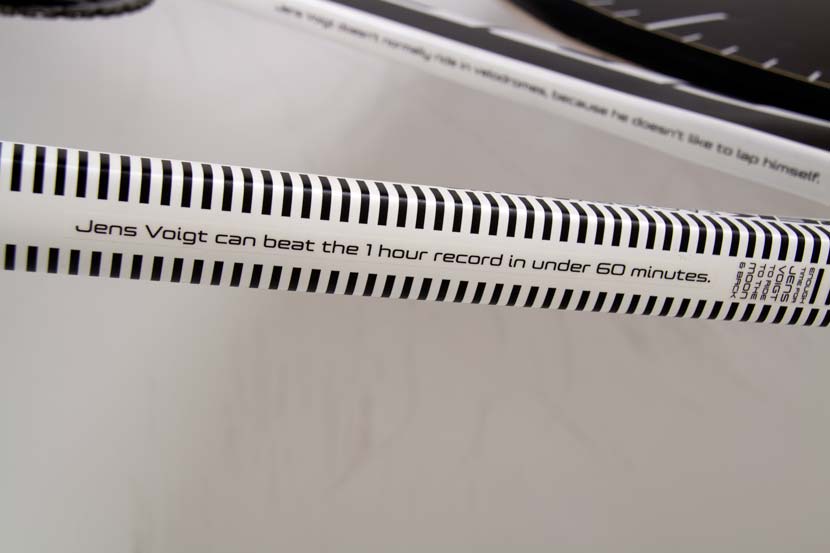 RIDE: When you were in sports school as an 18-year-old, were you racing road? Were you on the track? What were you doing back then?

Jens Voigt: “As a younger child, up to the age of 14, we also did cyclocross but then later at the sports school we dropped the cyclocross and we focussed on the track in the winter and road racing in summer.

“In East Germany the only sports that mattered were part of the Olympics.

“Mountain biking didn’t exist [on the Olympic program] back then and cyclocross was not an Olympic sport so there was not much funding for it in East Germany. They focussed on the sports where East German athletes could win medals at the Olympics: track and road cycling.

“When I was 14 and I qualified for the sports school, I lived in the dorm.” 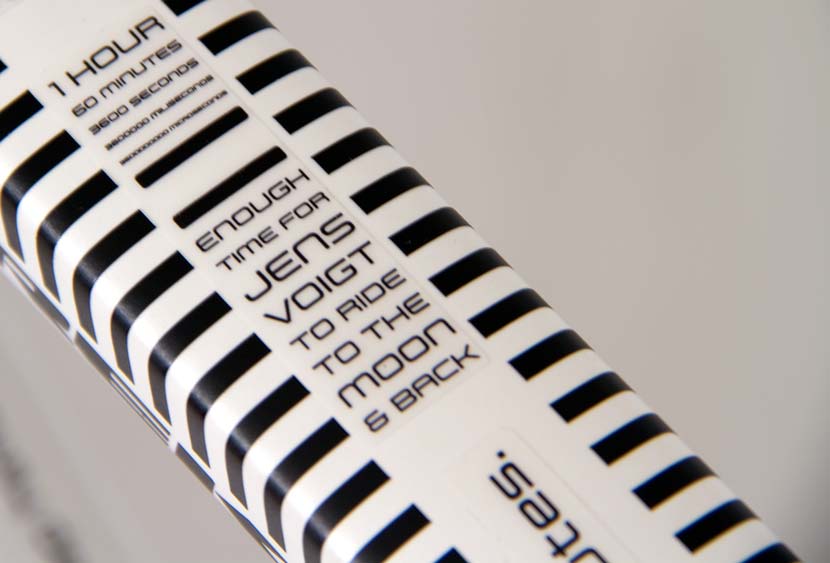 You started with a mix of disciplines and then had such a fantastic road career. Is it a blessing that you finished up your pro career on the track? Did it round out the circle for you?

“I did go back on the track every few years just for the fun of it. I look at it as a really nice way to end my career, to say goodbye.

“The hour record hadn’t been touched for 11 years before I did it. When the UCI modified the rules during a week in May when I was at the Tour of California. And I just didn’t want it all to end then. I just couldn’t make the break any day until the very last stage – and then I got dropped out of the breakaway.

“That never happened to me before in my life: getting dropped from the breakaway.

“Normally I was the guy dropping other guys.

“I was really unhappy with my performance and the way things were going. Then I had a journalist come up and say, ‘Hey Jens, you had a quiet week…’

“I was sitting on the sidewalk, on the curb. And I was really angry and mad and disappointed with myself. So when he said I’d had a quiet week – when I was just trying as hard as I could every single day to have a performance, to have a win, to be part of the breakaway, but I just couldn’t do it – it was just bad.

“I said, ‘Okay this is just terrible! People are looking at me as if I had a quiet week and as though I’m easing into retirement.’

“Basically, at the same time that all this disappointment hit me, I saw this chance like an opportunity. And I was like, ‘Please, please, please… nobody else do the hour record before me!’

“I went to the team and they quickly agreed and said, ‘Yep, that sounds like a good project.’

“We did some secret testing on the track in Roubaix, just before the Dauphiné Liberé started in June. We looked at the numbers and just went, ‘Good. It’s doable.’ And then we focussed on finding a place where we could do it and we worked out a training and racing program that would suit.

“Yes, it was a nice way to step off the big stage with one more big bang – making the fans go, ‘Look at the old Jensie, he’s crazy. He’s still entertaining on his very last day on the bike!’

“I was really happy that I could have this way of saying goodbye to my active career.” 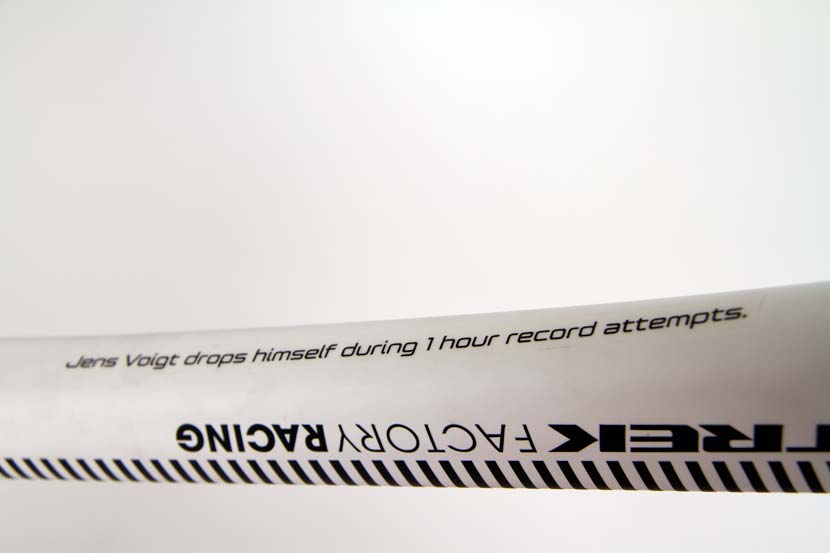 We’ve seen Trek put big investment into cycling and the company has naming rights to a WorldTour team and yet I was told by one of the marketing people you’re your hour record yielded a huge spike in publicity for the brand.

“I believe that, in the last two years of my career, I was a good and solid rider. I believe I’m allowed to say that. But Trek or any other team could have found a much younger guy who is able to do the same work that I did: riding tempo and being in breakaways and all that…

“There would have been another 50 guys who could do what I did but what earned me my contract is also the publicity part.

“I was not only a stupid bike rider, a stupid muppet that function on a bike… no, I had the ‘Shut up legs’ created. If I showed up somewhere, a lot of questions were asked of me. Sure, it’d be Fabian Cancellara first but then there’d be, ‘Hey, Jens… what do you think about this?’

“When we went to the Tour of California, there were 200 people out in front of our bus going, ‘Jensie. Jensie. Jensie!’ So I had to sign things for all of them. That also helped Trek, not only my performance on the bike – which was okay, it was ‘correct’. But I was also there to generate publicity.

“Hundreds, possibly thousands, of people took photos of me in the last years and on every picture there’s a Trek logo. It helped them as well.

“The hour record event, I think it was the third biggest event in Trek’s history. Apart from some product launches, it generated the most clicks on their web page.

“I did the hour record and people could click on the live-stream.

“Trek was happy to not only have me as a bike rider, but also as a marketing tool – as I am now, as ambassador for the brand.

“You know, my official title whenever I go to a Trek function – when you get the little name tags – mine states: ‘Ambassador of awesome’. Hahahahaha! Oh, my life is terrible, isn’t it?” 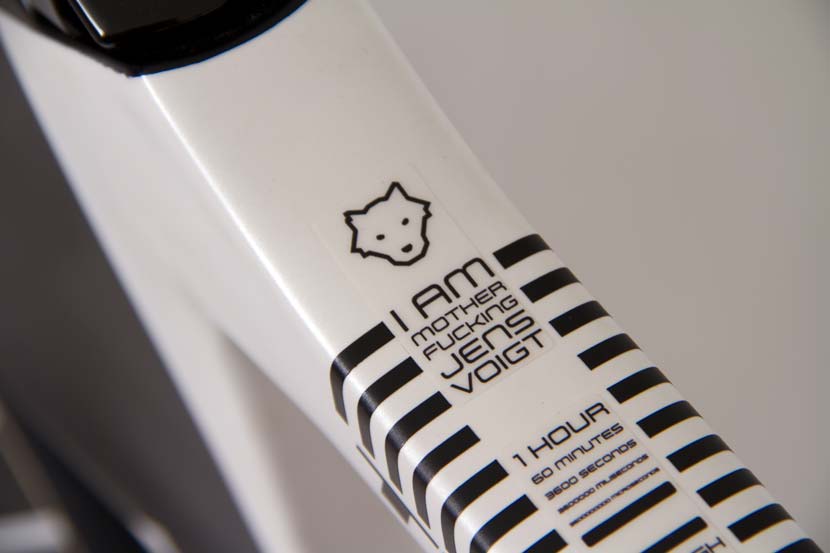 I see all of these little tags for you. On the hour record bike, for example, it states: ‘I’m mother fucking Jens Voigt’. Do you read those? Do those little messages sink in?

“Definitely. They make me smile.

And how will you be remembered? Let’s not say, ‘Shut up legs’… because that is a cliché. What is the tagline that you want to be remembered by?

“Hmmm. That I was basically indestructible, loyal, and reliable.

“In my 17 years at the Tour de France, I never let the team down: I was always good and performed basically better than many expected based on my results from before.

“I was always loyal and reliable.” 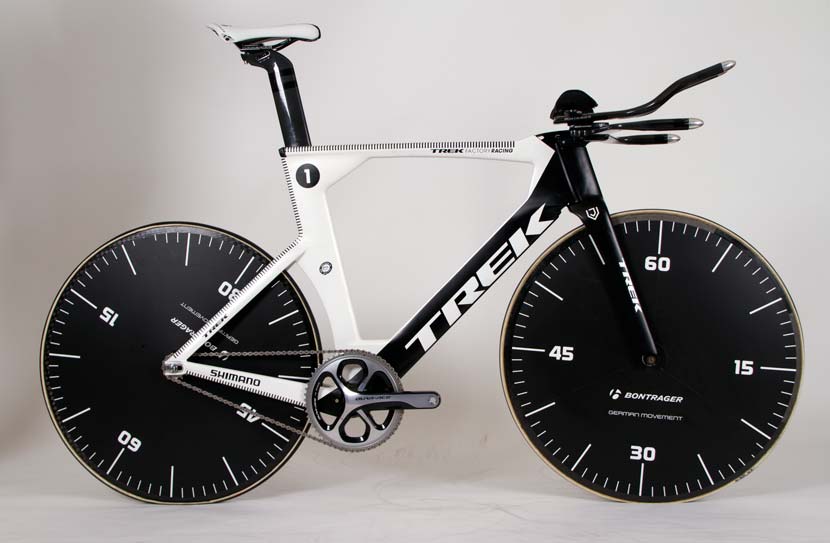