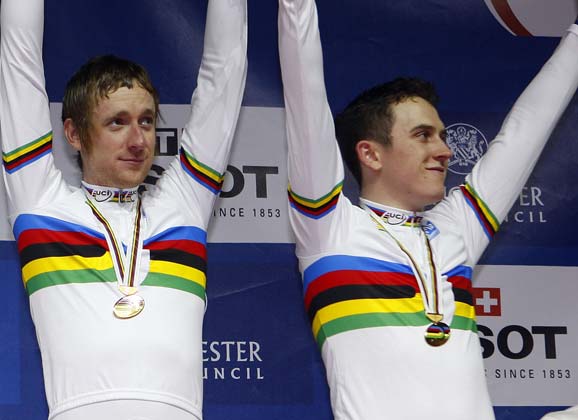 Wiggins and Froome: comments from colleagues

Four weeks out from the start of the 101st Tour de France, the winner of the 99th edition announced that he would not be part of his team’s selection. Sir Bradley Wiggins was interviewed by the BBC: he offered his take on why he is likely to be omitted from the 2014 Tour and, voilà, within minutes the cycling world was filled with commentary about Wiggo.

Until then it had been a case of will he, or won’t he? Victory in the Tour of California in May suggests that his form is good. He’s been far more active in the early part of 2014 than he was last year but that didn’t convince him that he’d done enough to warrant selection.

After a few days of silence, the ‘team principal’, Sir David Brailsford, responded to the comments. Selection wasn’t yet final, he said. The choice was yet to be confirmed… etc.

The Grand Départ in Yorkshire is less than three weeks away and a lot can happen in that time. Chris Froome, for example, can prove – once again – that he is a phenomenal bike rider. He won two successive stages at the Criterium du Dauphiné while Wiggins was waiting for the Tour de Suisse to begin.

In the coming days, RIDE will publish interviews with people who have worked with the two most recent Tour de France champions. Neither are extroverts and both demand respect and it’s interesting to see how similar the appraisals of the two men are. Both Wiggins and Froome are excellent bike riders, that’s clear. It would be a great shame if one or the other is missing from the biggest race of the year but it would seem that’s how things are shaping up. 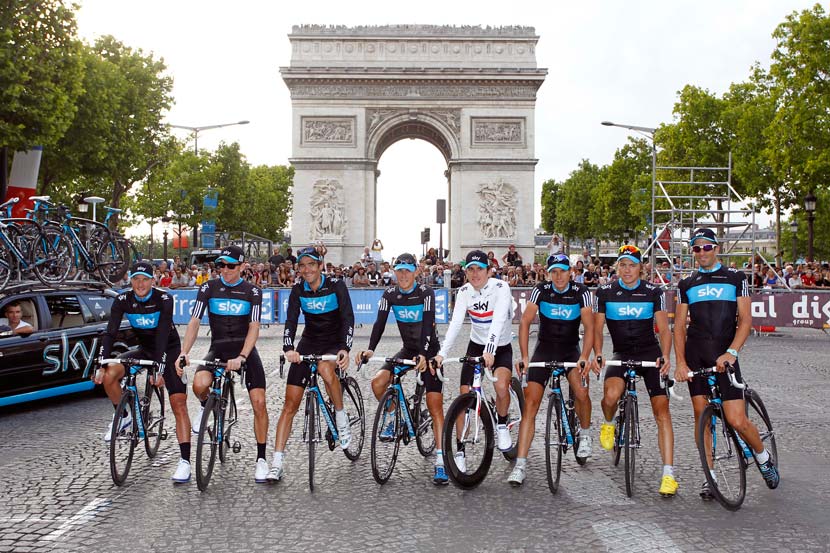 The first comments come from Geraint Thomas who is currently at the Dauphiné as part of Team Froome… here is what he had to say about the Tour champions, their persona and their peculiarities.

“He’s just like he is with the media,” said one of Bradley Wiggins’ long-term team-mates. Geraint Thomas has ridden with the Sky team since inception but the Welshman was also a key member of the British track squad at the 2008 Olympics when the pair joined Ed Clancy and Paul Manning to win gold in the team pursuit at the Beijing Games.

We spoke to Thomas about a range of topics prior to the Tour in 2013 and one question that came up was about how Wiggins was as a person. “He can be hot and cold,” he replied. “One day he could be at dinner and he could be joking about and laughing and talking about what happened at the track in 2006 and gibbering on about Steve Cummings or any kind of random stuff. He’ll just be laughing along with the rest of us and the next day he can be really quiet, come down and eat his food and leave.

“He can be quite cold at times. I don’t know if he means it but yeah… that’s how I’d describe him in a sentence.

“It’s little things that make the difference between him and other team-mates. Off the bike, you never really hear from him. We generally only see him at the races or at training camps. He’s not someone you just hang out with. He likes getting away and just being on his own or with his family.”

In recent years, few riders have been able to generate as much attention as Wiggins has. Alas, being in the spotlight seems like something he has to endure.

But does he still have the respect of his team-mates? “Yeah, definitely! From me he does anyway. I think most people do respect him.

“I think some people who were at the Tour with him would have liked a yellow jersey or something – I don’t know if he gave a jersey to everyone on the team, or what – but I think that was more because he just left straight away and went straight to London for the Olympics. He was off. The team had organised a private jet straight out of Paris…

“A few people were, like, ‘We just won the Tour, man!’ and yet he didn’t stick around much afterwards. That disappointed a few of the guys. Having said that, it was probably just Brad – in his driven way – just sort of getting on with it. ‘Okay, it’s still not over… I’ve still got the TT.’ But that’s Brad isn’t it.” 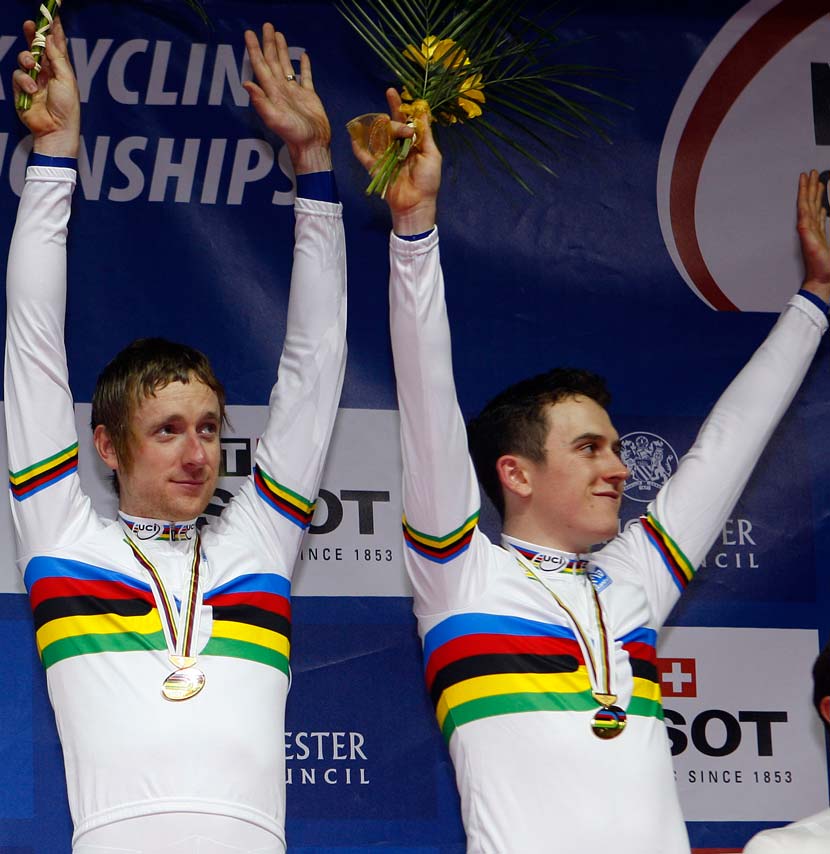 How important do you think it was it that Gary, his father, died in January 2008. How did that influence the evolution of Wiggins. What do you think the key difference was for him?

“I don’t know really. To me, he’s just the same. I think he’s just really driven.

“I think his confidence was pretty low after 2010 and I think he started doubting himself a bit.”

…because there was the pressure of being the leader?

“Yeah, I think it was just down to it being unfamiliar territory for him having people look to him for guidance. I don’t think he’s a natural leader. I think he’s strong and everyone looks up to him. On the track, by Beijing, he was comfortable with his role. He knew what he was doing. He knew that he was one of the best in the world and that he could deal with it. But I think going on to the road was kinda like starting at the back again.

“There was no pressure when he did that fourth [at the Tour, behind Alberto Contador, Andy Schleck and Lance Armstrong… thus, ultimately, third].

“And obviously 2010 [the first year of Sky] was a big disappointment. I think he did struggle with that. I think he worked quite a lot with the team psychologist, and then when he came third in Paris-Nice in 2011 – Tony Martin won, and he was on the final podium – he definitely got a bit from that experience. And that got him and kicked him into gear even more.

“Brad is someone who trains hard and works hard, but when he knows that he can actually do something he just gets that extra 10 per cent out of himself. It’s a bit like ‘Cav’ – if Cav knows he can get to a finish and be in with a chance of winning, he goes so much deeper than he otherwise might, or gets more out of himself than what others might think he’s capable of.

“Obviously, in 2011, Brad then won the [Criterium du] Dauphiné and that was it then; I think he knew that he belonged there as a winner. He backed up at Paris-Nice [winning in 2012] and, confidence-wise, he got used to just being a leader and having people work for him. That’s quite a big difference, really, on the road.

“I think it’s what Froomey is yet to learn. It’s easy to say, ‘He could have won in 2012…’ but I think if he was the team leader throughout the whole year and had all that pressure in the build-up it’s totally different to what Brad went through. It’s not the same being the super-domestique and not having so much pressure and to then come out and start challenging for leadership.

“Brad obviously dealt with it all really well.”

• Part two of the ‘Comments from colleagues’ – Richie Porte •