Will Levy has been taking part in the 2011 Haute Route Race, an innovative, prestigious and international cyclosportive with a unique concept: link Geneva to Nice by road bike in 7 timed consecutive stages on a legendary race course taking on 15 mythical cols and ascents of the Alps whilst covering 730 km.  This is the first part of his story…

Bikes, how can you not love the sounds of cyclists. The sound of 300 riders clipping in first thing in the morning before depart, the noise carbon wheels make when someone is giving it their all, then the smell of carbon brake pads when being coming to a complete halt. These are the joys when you are rolling out on the first day of a 7 day, epic road tour called the Haute Route.
Organisers Review
What Claude Droussent, French cycling specialist, says about Stage 1
“Beware! Neither the distance (109 km) nor the altitude of the first two cols of the Haute Route, the Colombière and the Aravis, should scare you. However the ascent of the Colombière by its North side is a “false-friend”. The first ten kilometres, up to the Reposoir, are “soft”; the last six in a rocky landscape have a gradient between 8.5 and 10%. Once you will have freed yourself from this first col of the week (1613 meters), the descent of the South side is quiescent until Saint-Jean-de-Sixt. From there, you’ll head towards La Clusaz and turn right for the last eight kilometres of the Aravis. It is a cool route with an average of 5% gradient, green scenery, the Mont Blanc on your left at the summit and with a bit of luck, marmots! Save some strength for the light final ascent to Megève. And then relax; it is only the first day…”
Main feature of Stage 1
· Start in Geneva, Jardin Anglais, Sunday 21st August at 7:20
· Arrival in Megève, Palais des Sports, between 11:25 and 14:35
· 109 km overall, 86 km timed
· 2400 meters of ascent / 1500 meters of descent
· 2 refreshment stations on the route, at the top of both cols
· 1 refreshment station after the finish line
The 2 cols of the 1st day
· Col de la Colombière, 1613 meters, summit 65 km from the start – CAT 1 – TdF 20 times
· Col des Aravis, 1486 meters, summit 89 km from the start – TdF 39 times

If I use the word EPIC to describe today, what word can I use to describe tomorrows ride!? Cramps were apart of todays ride. Thank goodness for my roommate making up some salty vegetable soup, just what the cramp doctor ordered. Plenty of stretching in on the cards for tonight.
Organisers Review
What Claude Droussent, French cycling specialist, says about Stage 2
“It starts with the Col des Saisies which should be ok. After the funny hairpin bends overlooking Flumet, there will be 15 kilometres of irregular but never nasty slopes offering even a section to recuperate at mid-col near Arcanière. And above, weather permitting, the enchanting Mont Blanc! Keep some strength for the Cormet de Roselend that is split in two parts when you tackle it by Beaufort. The first ten kilometres go up on a 6-8% gradient to the levee and balcony of the Col du Méraillet where you will need to recuperate; and then another 6-8% gradient on the last five kilometres up to 1967 meters of altitude. It is high but not so difficult. Be careful at mid-descent, after the Saint-Antoine bridge, it goes very fast on a very narrow road, even some professionals have fallen off into the ravine! After Bourg-St-Maurice, 16 kilometres of ascent on a beautiful road up to Les Arcs 1800 remain with a regular ascent of 6-7%. A day a bit more demanding than the previous one.”
Main feature of Stage 2
· Start from Megève, Palais des Sports, Monday 22nd August at 8:00.
· Arrival in Les Arcs 1800, Centre Taillefer, between 11:30 and 15:00
· 100 km overall, 90 km timed
· 3000 metres ascent / 2300 metres descent
· 2 refreshment stations on the route, at the top of both cols
· 1 refreshment station after the finish line
3 cols and ascents on the menu of Stage 2
· Col des Saisies, 1650 meters, summit 25 km from the start – 11 times TdF
· Col du Cormet de Roselend, 1967 meters, summit 63 km from the start – 9 times TdF
· Final ascent between Bourg-Saint-Maurice and Les Arcs 1800 (16 km)

I feel ashamed that I caused so much grief today. On the climb up Col de la Madeleine, not an easy one, you could see exactly where we were headed, that being up. Mavic is one of the major sponsors and it has a huge yellow mechanical van on tour. I found it amusing that you could see it go up, up and up, like a beacon. Pointing it out was not appreciated as much as I thought.
Organisers Review
What Claude Droussent, French cycling specialist, says about Stage 3
“The big day! Because it is the third one, your legs will start to hurt; because there are 169 kilometres, the longest stage of the week; and more importantly because you will climb the Madeleine, the Télégraphe and the Galibier, a big and beautiful mountain stage. Fabulous!
The first part of the Madeleine via Aigueblanche is not very difficult. The last twelve kilometres however will offer no respite with an ascent between 7 and 9% gradient after Celliers, surrounded by a rocky background up to 1993 meters. Enjoy the descent to recuperate, the Maurienne Valley is never simple to broach, you could encounter headwinds all the way to the bottom of the Télégraphe!
There and then, it’s time for the ‘pièce de résistance’. The Télégraphe, with its bends in the middle of the pine forest, ten kilometres with a regular ascent at 7%. Here we go! The small descent to Valloire and then the Galibier. The King of the Alps, the col that inspired the famous drawings of Pellos « L’Homme aux marteaux » awaits you with its irregular slip road but harsh for morale because it is almost a straight line all the way to Plan Lachat.
There, the ‘real’ col starts: 8 kilometres at 9-10% up to 2645 meters. The main difficulty of the Galibier, which is really the main bit of the Haute Route, is here, on these last 8 kilometres in a dreamlike landscape, but above 2000 meters in altitude, with lack of oxygen. You must really think about it in the Madeleine and the Télégraphe, to save your energy, otherwise the Galibier could really become a nightmare. At the summit, at kilometre 141, the deal is done! End of the timed stage. And during the descent to Serre Chevalier, enjoy but ride safe!”
Main feature of Stage 3
· Start from Bourg-St-Maurice, Tuesday 23rd August at 7:15
· End of timed stage at the Col du Galibier, between 12:00 and 16:15
· Arrival in Serre Chevalier (La Salle les Alpes), between 12:35 and 17:05
· 169 km overall, 109 km timed · 4000 metres ascent / 3400 metres descent
· 3 refreshment stations during the race (Madeleine, Verneys, Galibier)
· 1 refreshment station in the race village (Serre Chevalier)
3 major cols on the menu of Stage 3
Col de la Madeleine, 1993 metres, summit 61 km from the start – 23 times in TdF
Col du Télégraphe, 1565 metres, summit 117 km from the start – 29 times in TdF
Col du Galibier, 2645 metres, summit 141km from the start – 31 times in TdF

Unfortunately I had an Andy Schleck moment today. My chain fell off during a gear shift in the last 750m before the summit. I was hoping for under an hour on the 12k over the Individual Time Trial, official time 1:00:02.
Organisers Review
What Claude Droussent, French cycling specialist, says about Stage 4
“Isn’t this a funny idea, this time trial on the Granon roads, unknown col leading nowhere except 2413 meters high, facing the magnificent Ecrins National Park? My advice: warm up, for example whilst going up to the Lautaret! Because the Granon, where the pros went through (and arrived as it’s a dead-end) only once in 1986 with a Lemmond-Zimmermann duel, is a tough one right from the bottom and exit of Saint-Chaffrey. So 12 kilometres only on the menu, but 11 with hellish gradients, rarely below 8% with bits at 11-12%. On this fourth day and with what’s been served the day before, respect to those who will take less than an hour to get to the top.”
Main feature of Stage 4
· 1st start from Serre Chevalier (St Chaffrey) on 24th August at 9:00
· First arrival at the Col du Granon around 10:20
· 12 timed kilometres
· 1’100 metres of ascent
· 1 full refreshment station at the Col du Granon – TdF once

RIDE Media and twowheeltours.com.au will be at the Haute Route again in 2012 – we will be providing logistical support for riders, and their non riding partners, from Australia and New Zealand. This will include early arrival and pickup from Geneva Airport or CFF train station. Riders and their non riding partners will have first class accommodation on the lead up the race. During the race, non riders will have a bilingual guide taking them to daily activities. The trip will conclude with an extra two days, again in first class accommodation in Nice on the Promenade des Anglais. 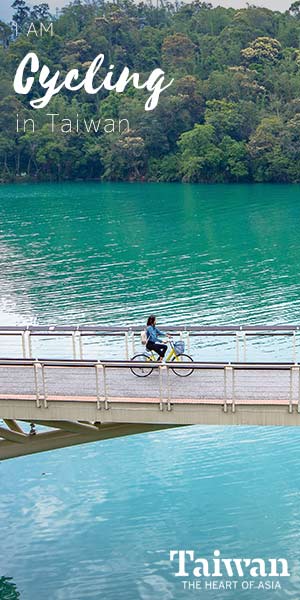