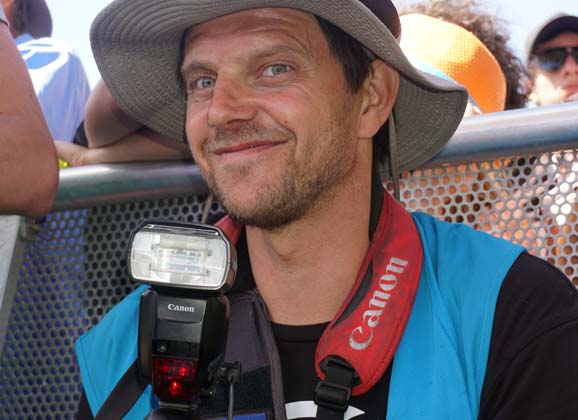 There has been some confusion regarding the health status of Mark Gunter, a fine cycling photographer and friend of many. He was recently diagnosed with oesophageal cancer while living in New York for a brief period. He returned to his wife’s home town of Sydney and has been seeking treatment. Earlier today, there were incorrect reports filtering through social media about his condition.

I went to see him on the weekend, and while it is very upsetting to see a strong man in such a weak state, I wanted readers to know some details as he is a much loved member of our community.

I posted this on his Facebook page earlier today:

“People, this what I know: Mark is very sick.

We visited him on Sunday and although he was very tired, he still had good humour and even suggested we “go for a ride, or maybe hit the town next week, or what about do some fishing soon mate”.

Even moving is very difficult for him at the moment but he has people who love him nearby. His parents are staying nearby and his sister is also in town to help look after him.

He is at Leeanne’s parents’ house and there have been a lot of visitors over the last few days.

Please send him, Leeanne and Lucas all your love and wishes and energy and positivity. They need all the support they can get at the moment.

The diagnosis is not good but for now, from what I saw only three days ago, he’s still fighting the good fight…” 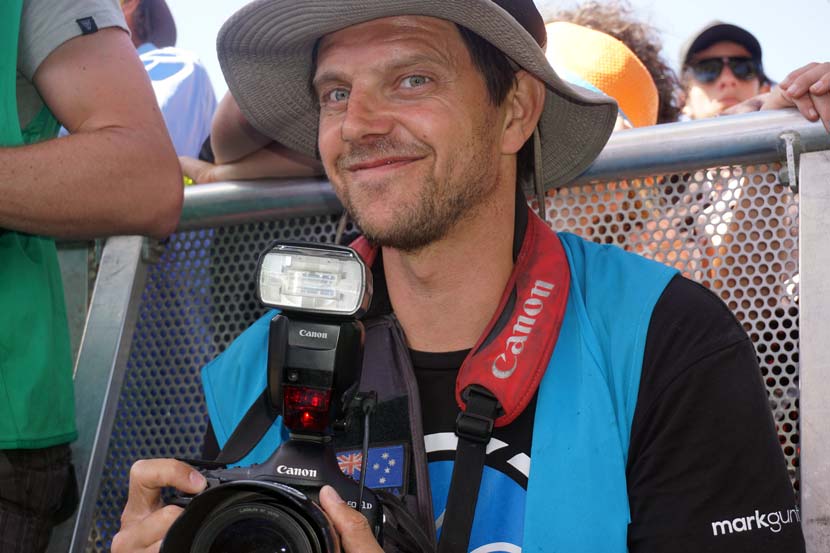 His treatment was progressing and Mark was most upbeat only a few weeks ago, declaring that it was his intention to attend the Tour Down Under and that he had “a few plans on how to photograph it”. He recognised that it would be unlikely to be on the back of a moto as he so often has been throughout the history of the race, but he never stops creating. His enthusiasm for photography and cycling is immense and, even after several months of radiation therapy and chemo, he was talking about both his passions with gusto.

Scans had revealed that the cancer, which had spread to various parts of his body was abating and there was reason for Mark’s optimism.

That all changed last week, however, when doctors explained that a tumour in his spine appears inoperable.

His family remains by his side catering for his every need.

We send our love to Mark, his wife Leeanne, his son Lucas in these difficult days and pray that he is able to overcome this battle.

Below is a summary of the situation shortly after diagnosis (as published in RIDE #69).

One of RIDE’s long-standing contributing photographers, Mark Gunter was recently diagnosed with oesophageal cancer. He was a regular on the NRS circuit and covered cycling around the world for many years but took a break early in 2015 when he moved to New York with wife, Leeanne, and their young son Lucas. While in the US he lost weight and had severe fatigue. Initial tests revealed no sign of illness but in August doctors confirmed stage-four cancer that had spread throughout his body. He and his family immediately returned to Australia where he commenced chemotherapy treatment. We wish him all the best in a battle that has only just begun… 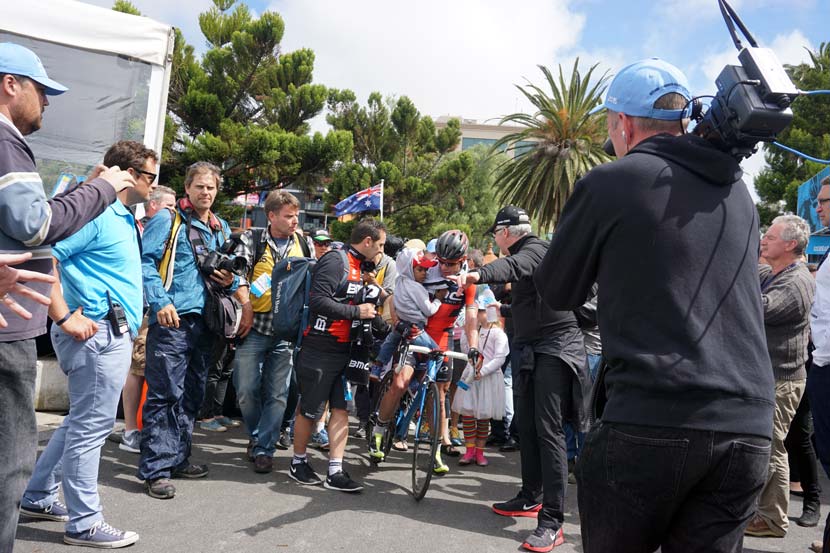 Mark at work, camera in hand, at the end of a rider’s career.