A few hours, a cool frame, a collection of parts, and a mate with his own bike shop. Add them all together, mix in a camera and some tunes, and out comes a video of a bike being built…

– Watch the Stoemper ‘Vincent’ being built, click the link below –

It was an anticipated bike, and Adrian had to wait. But he was patient because he knew what he wanted. It had been created and yet he just couldn’t see it, touch it, ride it. Not yet. Like many things, you see, the frame got caught up in a complicated trip around the world in a confusing year when flying isn’t what it used to be (even for freight).

When the box finally did turn up at Wheelhaus in Enmore, the tracking sheet told the story.

It racked up a few miles and visited a few countries before arriving in Australia, such is the life of a custom-made titanium frame trying to find its rightful owner in 2020.

After the ordeal, you’ll be happy to know that, when Greg finally did get to look inside the box, the Stoemper that Adrian had ordered was sparkling back at him with a cheeky orange glean and without a scratch on it. 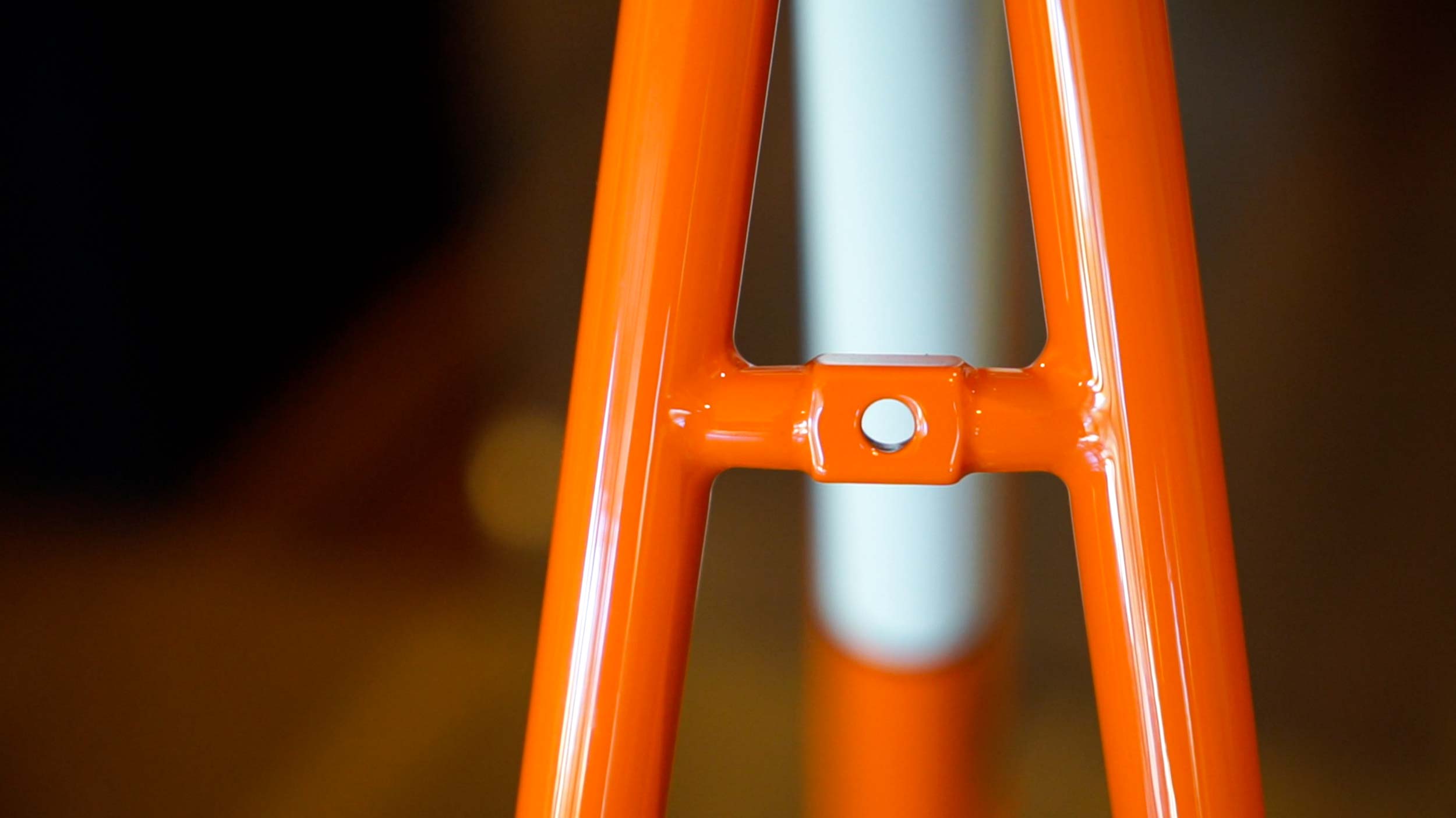 The matching wheels by Wheelworks were already at Wheelhaus, they just needed a frame to cling to and away they’d roll, under the effort of Adrian. On Friday last week, after months of anticipation, he got his first ride.

Titanium frames like this are worth waiting for. The transaction could get complicated and there may be times when a pandemic slows the progress of international travel, but when it does arrive there’s solace in knowing that you got what you wanted.

In this case, the frame is the Stoemper ‘Vincent’, a glorious example of a painted titanium frame, graced with a Shimano Dura-Ace Di2 groupset, Zipp handlebars, and assembled with care at Wheelhaus. 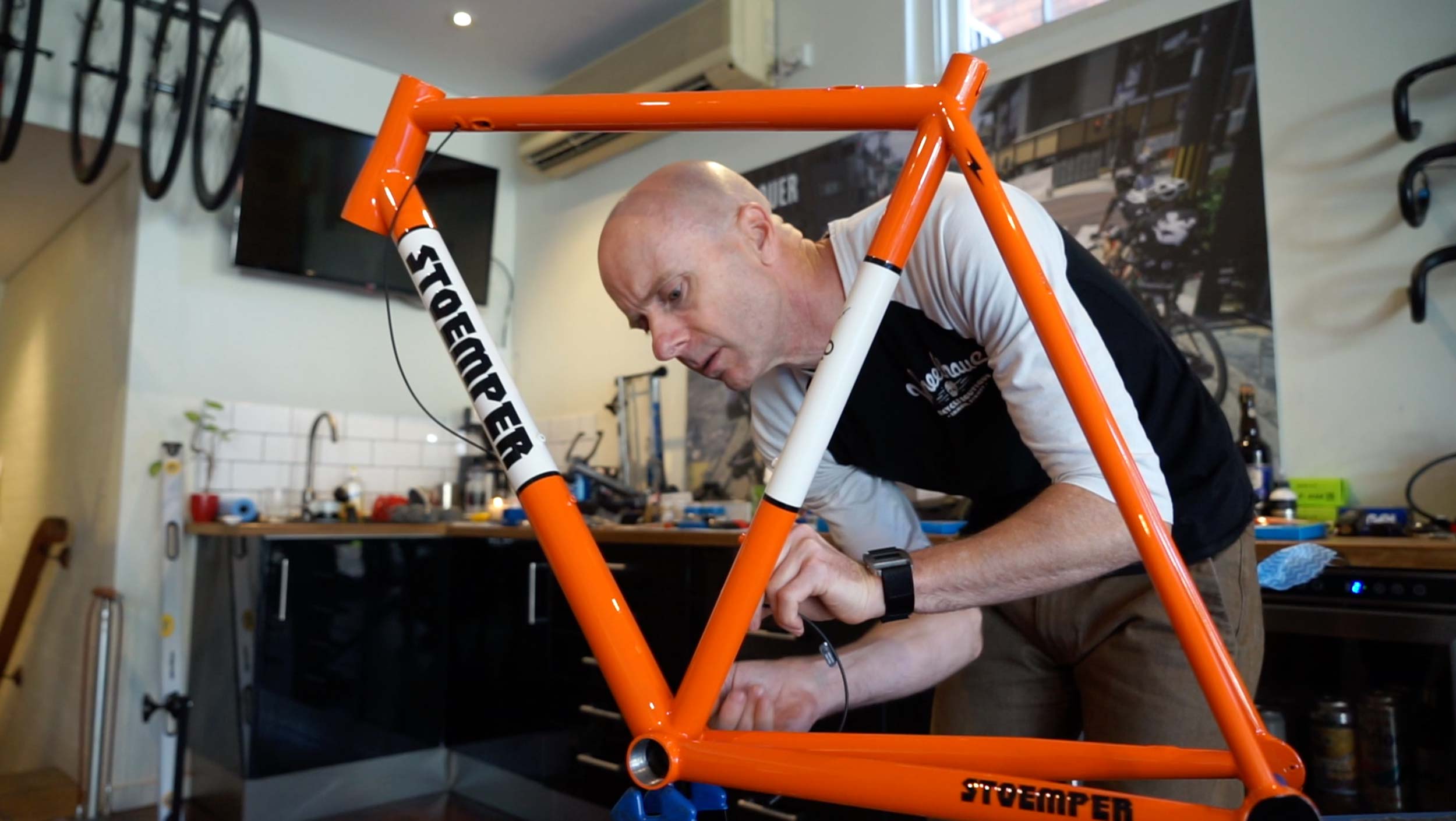 The story of this bike has just begun. It’s going to be written for years to come by a guy who carefully considered his options and decided that a bright orange frame, with cream highlights and black detailing, would suit him perfectly. 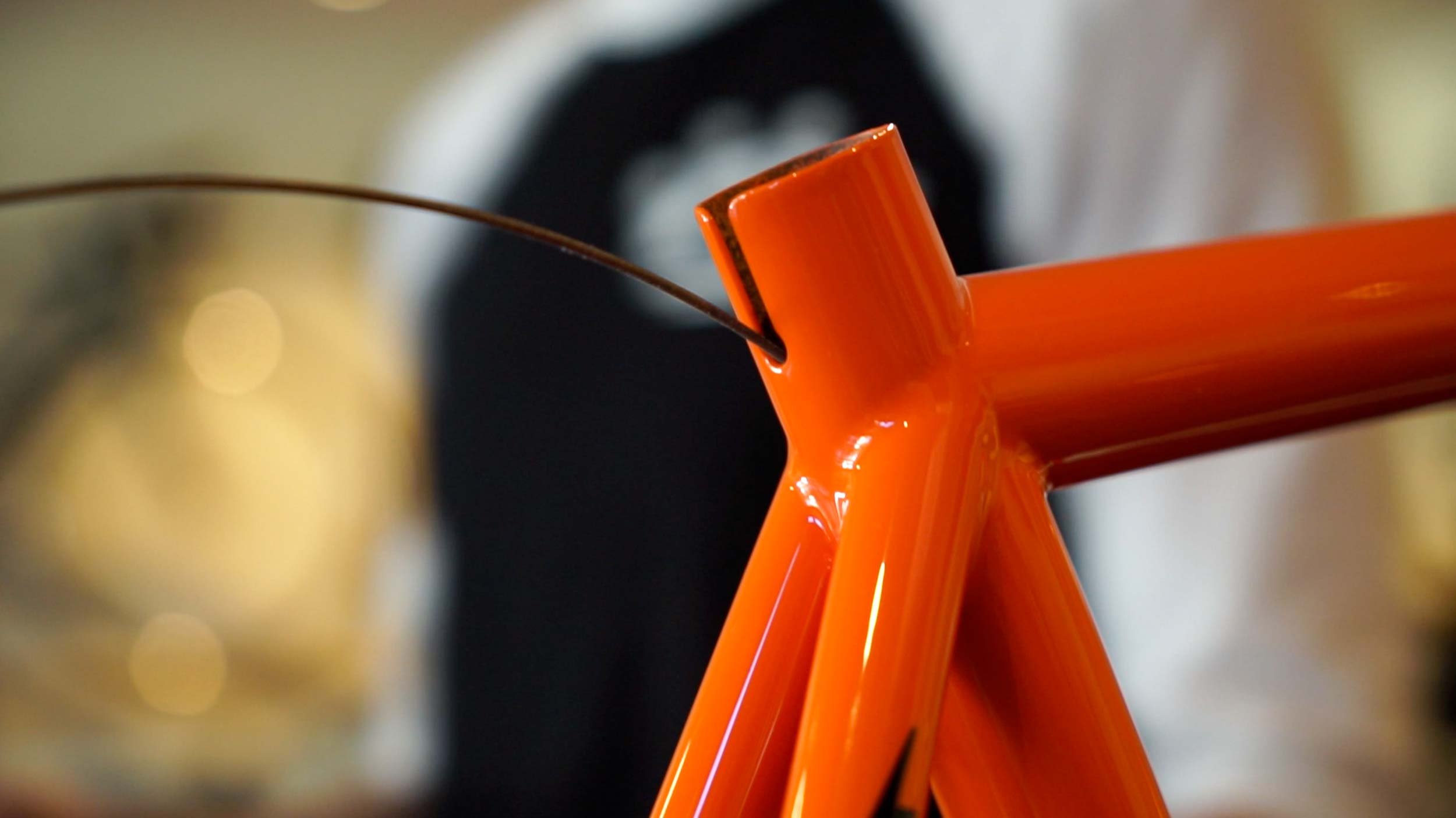 The story of why this video appears on RIDE Media’s YouTube channel is simple: it’s fun to watch a bike being built, and this was a cool bike, so Greg and I agreed that we’d document the process. And so, when all the elements arrived in Enmore, I dropped in and filmed what I saw.

Greg and I worked together for the few years before he set off and established his bike shop. He was a writer and the in-house mechanic. He is good on the tools and he’s happy at the work stand, particularly when there’s a lovely bike like the Stoemper waiting to come together. 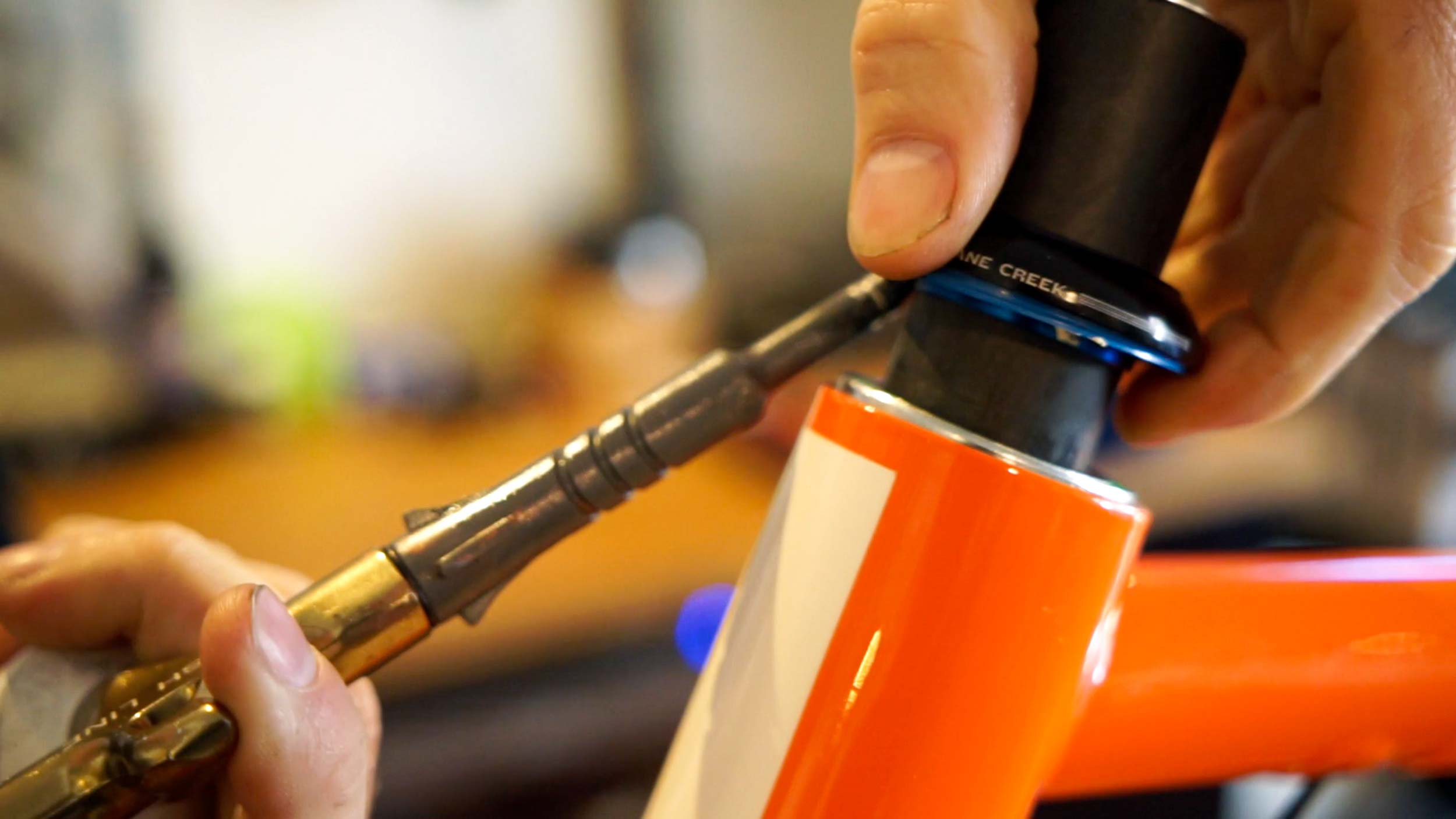 This is not a bike test. It is not a paid product endorsement. It is just a clip from a Third Space, where the pictures tell the story and the tunes from Greg’s playlist provide some backing.

Maybe one day, I’ll track down Adrian – or bump into him on a ride somewhere – and we can find out more about the ride qualities and handling traits and the motivation for what should be a once-in-a-lifetime purchase. But for now, click ‘play’ and watch a frame become a bike. 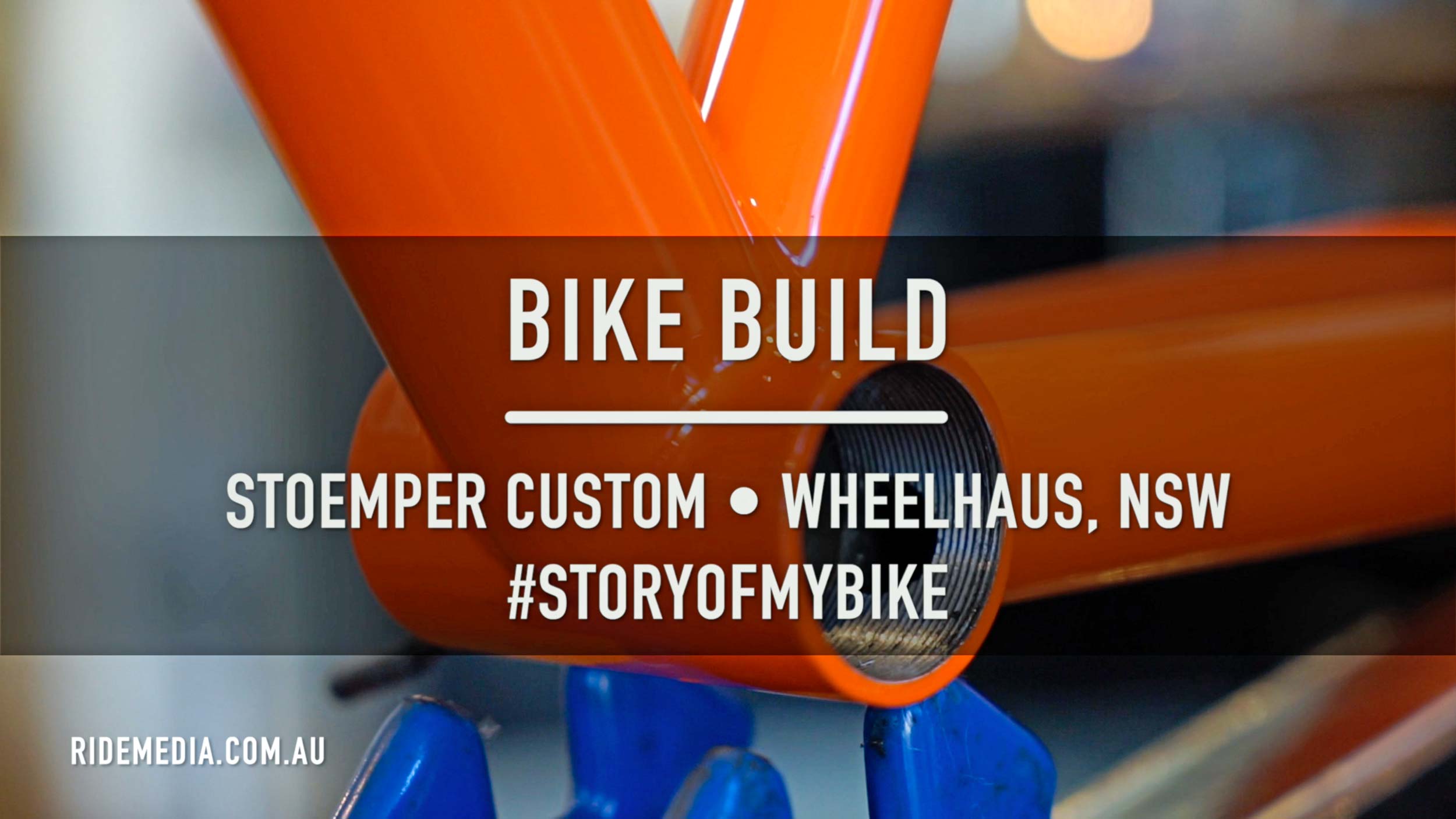