Here is another post about the #RandomBikeGallery series… this time the photos of EF Pro Cycling’s Cannondale SuperSix Evo bikes are accompanied by a quick interview to explain some changes for 2020.

New, lighter wheels by Vision. And all 29 riders on Speedplay pedals in 2020 because of new partnership. Oh yeah, and EF Pro Cycling is also looking to continue its experimentation with tubeless tyres.

After asking what changes there were to the bikes and receiving little more than a shrug of the shoulders and seeing a finger pointed at the pink and purple SuperSix Evo frames, the admission came: there are actually a few things to talk about.

Exactly if (or when) the new-issue, team-specific lightweight wheels are made available to the public remains to be seen. But Breekveldt seems to believe everyone is happy about the changes since last year.

Browse the images below to get a closer look at the bikes and be sure to ask questions or offer any feedback on RIDE Media’s various social media channels. 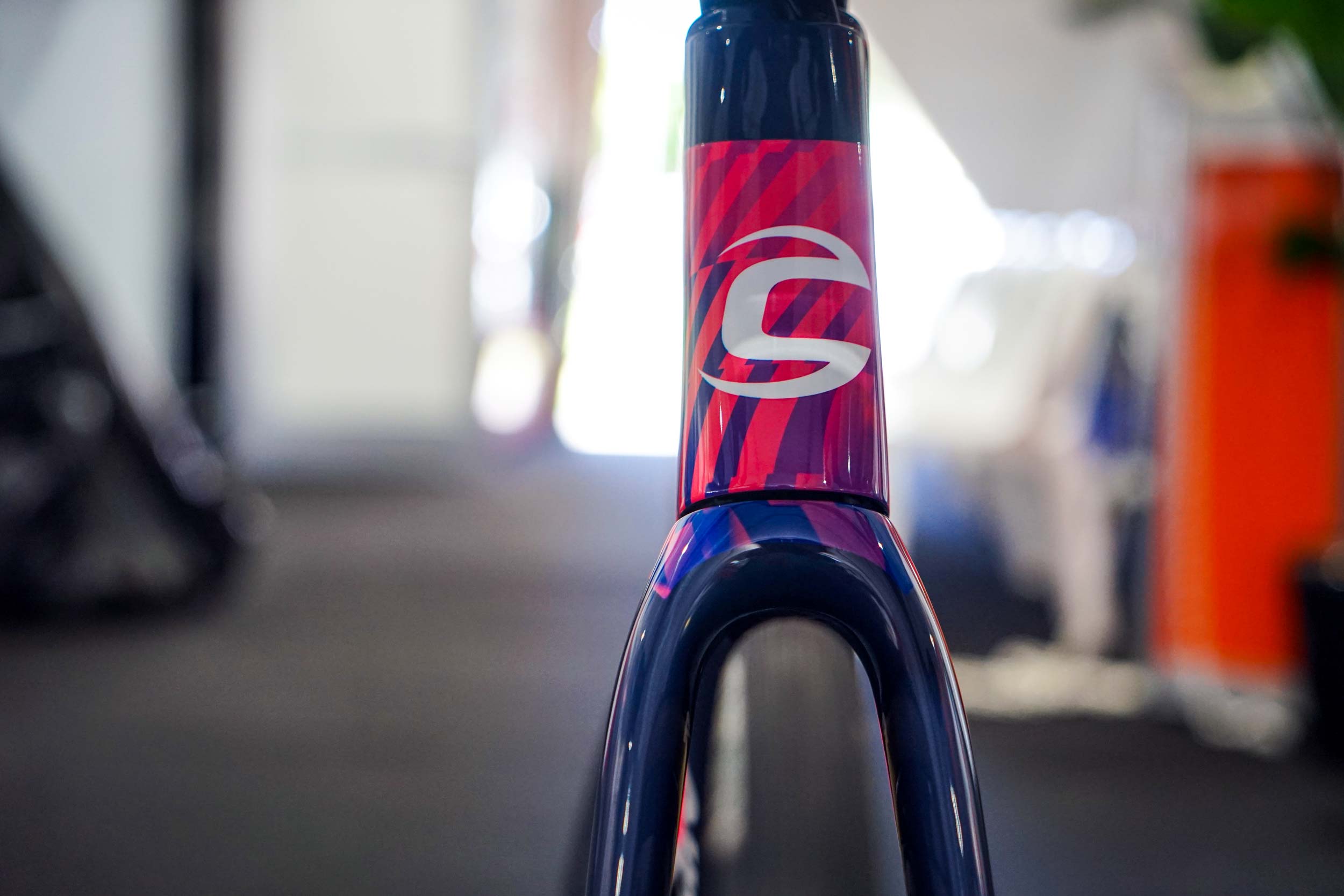 RIDE Media: I’m just going to have a little chat about the EF Pro Cycling Cannondale SuperSix Evo [with Jonathan Breekveldt]. They’re all on the same frame this year, aren’t they? There’s no ‘menu’…

Jonathan Breekveldt (EF Pro Cycling): “Yeah, we’ve reduced it. Everything is disc brake. We still run two models, but yes, it’s much more simplified than in the past.” 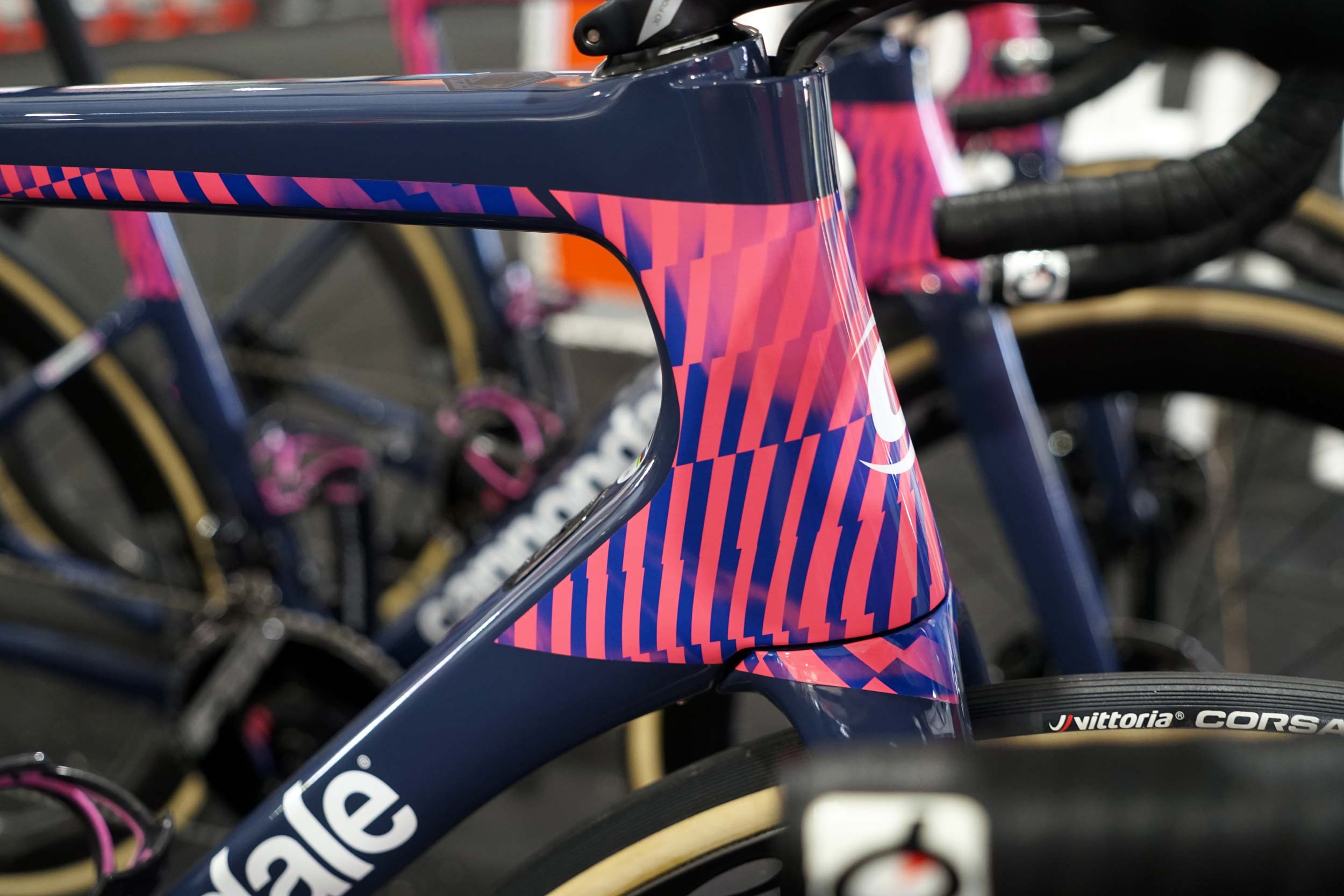 RIDE Media: When we started chatting about the bikes, you told me Vision did some work with the team to try and get a new wheel…

Jonathan Breekveldt (EF Pro Cycling): “Yep. So, we’ve been working with them for three years… especially moving to disc brakes. But a big project last year was to try and build some special wheels that were actually originally only for limited use, but they are now so good that we use them across the board.

“Every wheel is this lightweight version, no longer the standard version. So that helped us strip a couple of hundred grams out of each bike, depending on the model…

“There’s, obviously, the 55 and the 40 – the 40, a little bit less [weight stripped], but we’ve taken a really good saving from the bikes with those guys. 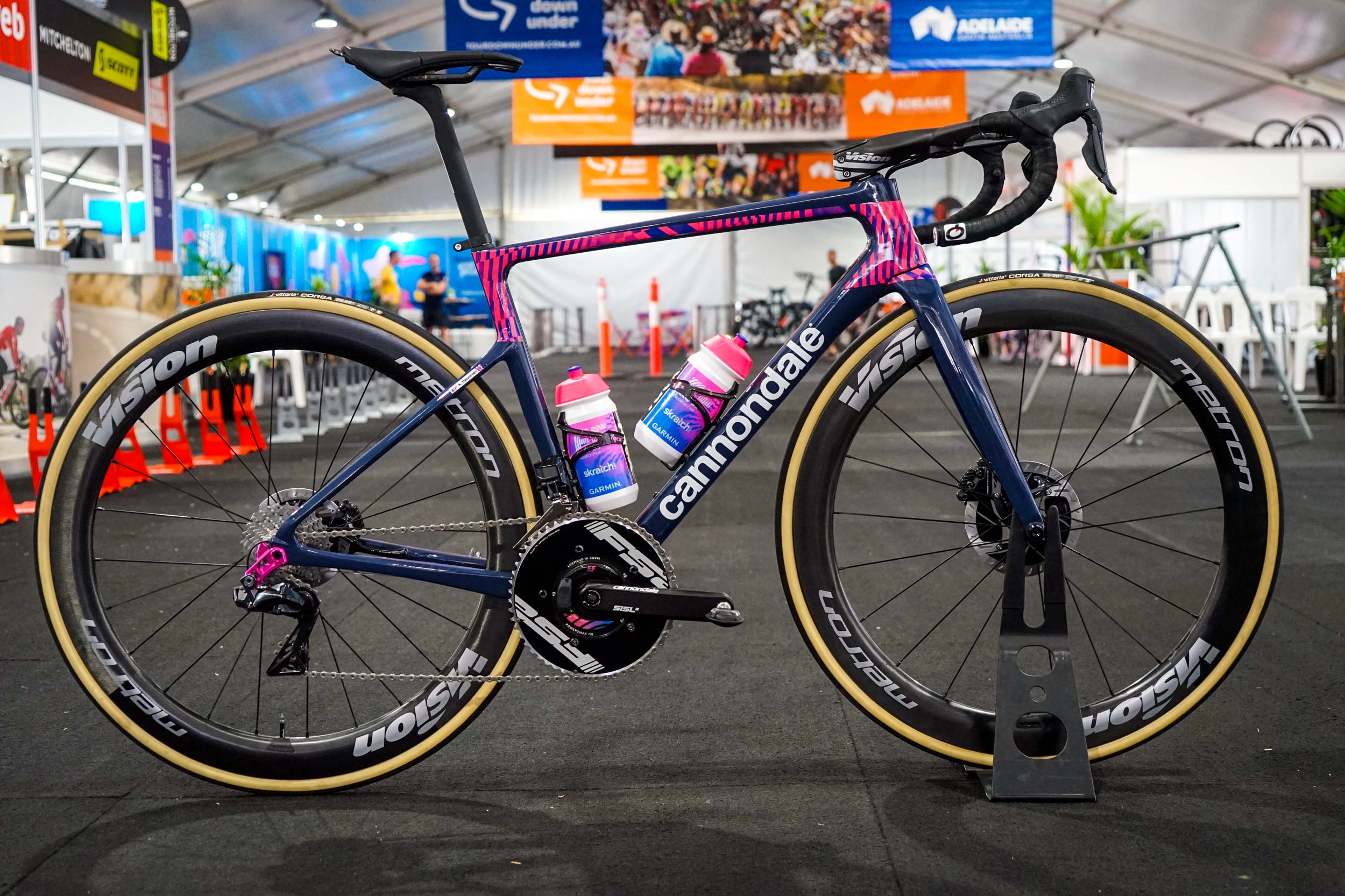 “It all starts back in Europe, but there’s a tonne of back and forth with the factory; they are really proactive in trying to drive change and bring bike weights down as they sort of got a bit heavier.

“We’ve been back and forth, testing… I think the first test [of the new wheel] was actually two years ago on the last day of the Binck Bank Tour, up the muur. That’s kind of when the first version started and since then we’ve just been working on many iterations.

“But Vision are pushing us and pushing the product super hard to get the weight down.” 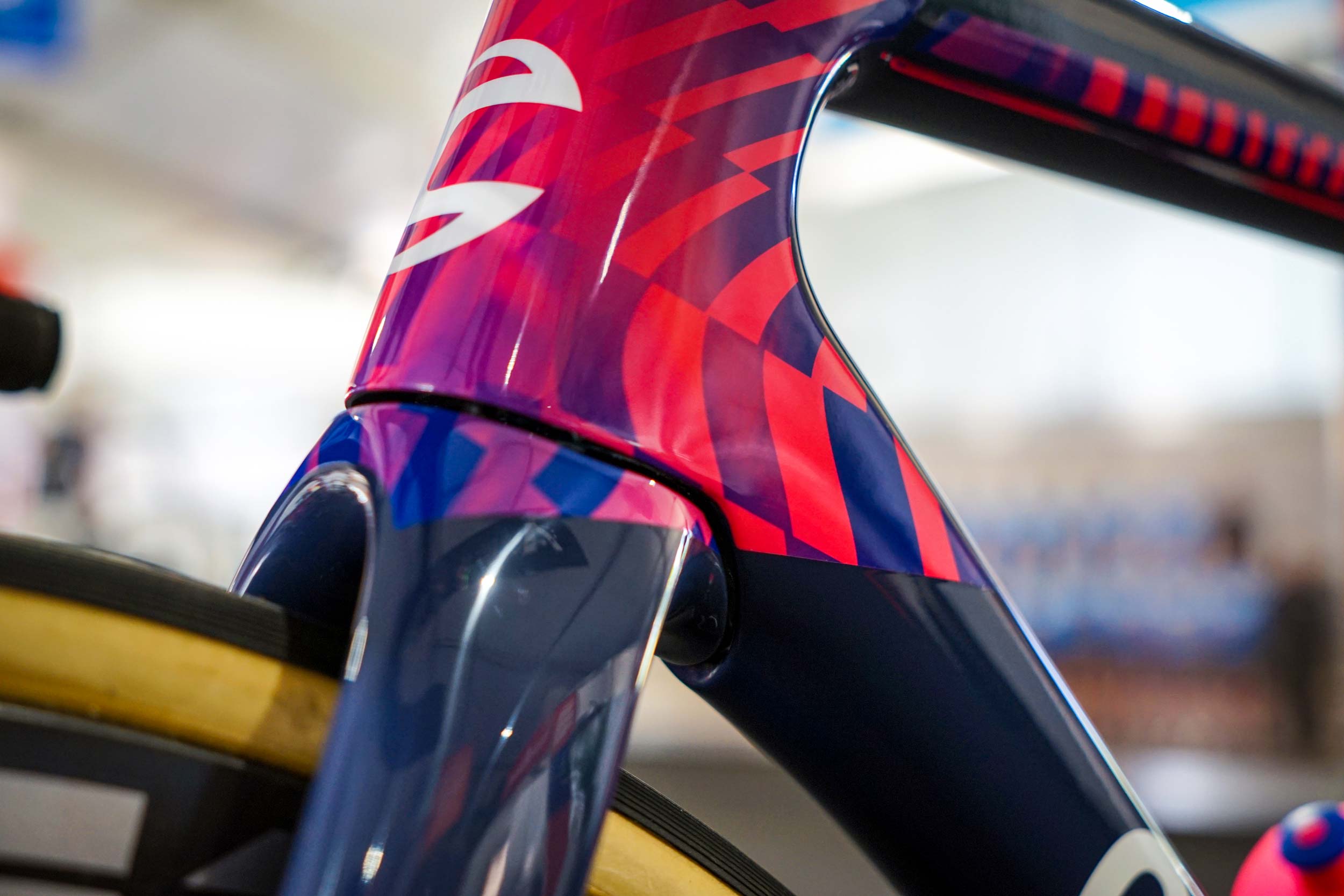 RIDE Media: So, how are you stripping [the weight] back…?

Jonathan Breekveldt (EF Pro Cycling): “They don’t need as much reinforcement for the actual traditional rim brake, and then they just keep redeveloping the lay-up.

“The actual profile hasn’t changed but they’ve changed the lay-up significantly; what they’re doing around the spoke holes and all of that good work…

“I think one of the benefits of having their own factory back in Taiwan, is that they’ve got a lot of flexibility in how fast they can work.” 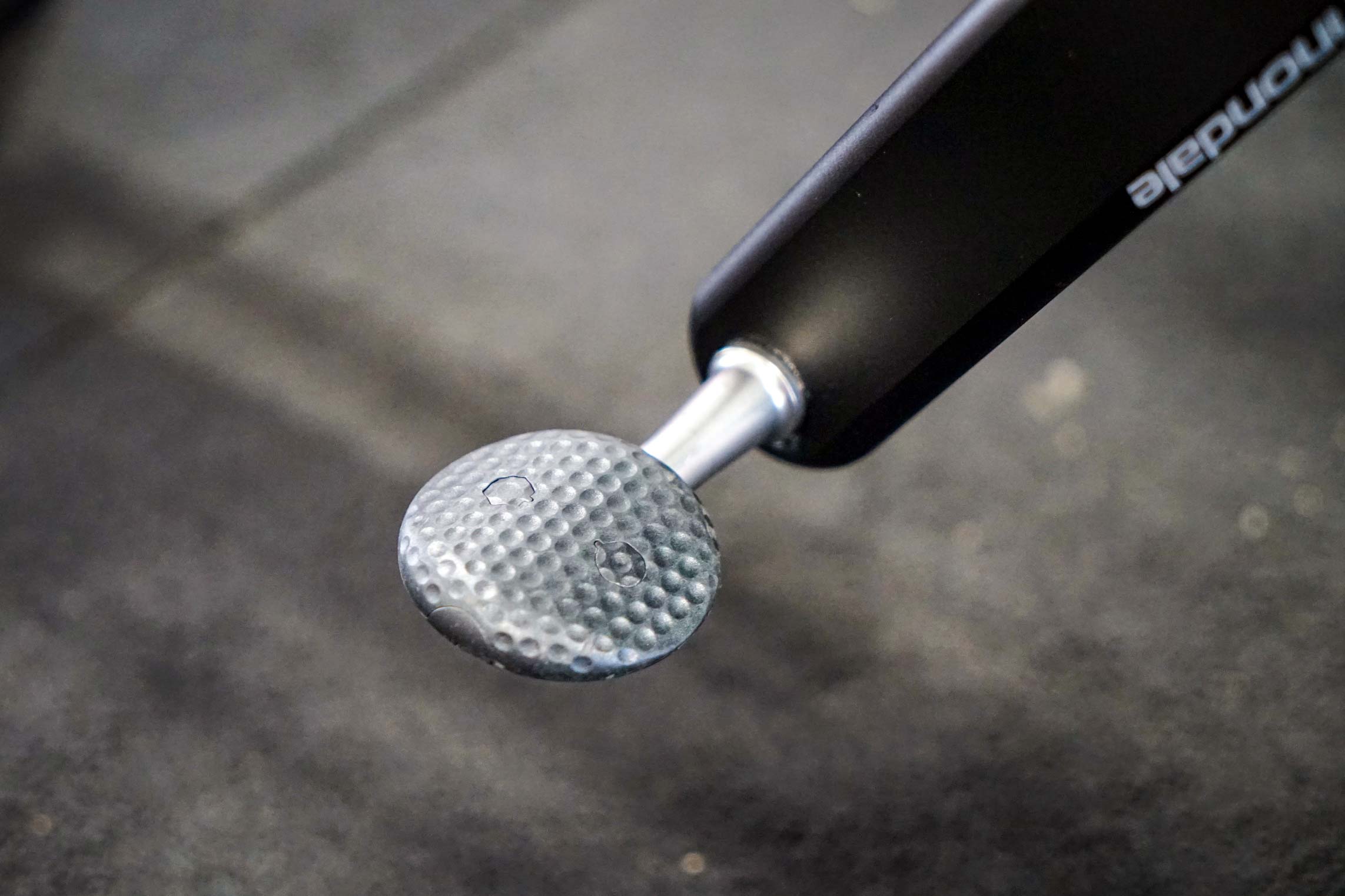 RIDE Media: Another big change is that everyone is riding Speedplay [pedals]. Was that the case last year?

Jonathan Breekveldt (EF Pro Cycling): “No. Last year [the riders] were all using Shimano [pedals], essentially really, by the choice of the riders at that time. We didn’t have a pedal partner at the time, or anything like that.

“To be honest, the main driver was because of a huge weight gain. Well, weight reduction – whichever way you want to look at it.

“We stripped a bunch of weight out of the bikes using the titanium pedals and, at the same time, it was a decision late last year with the sport science group that there’s also a big aerodynamic gain with the Zero Aero, the dimpled, single-sided pedal which traditionally was more for TTs but we’ve adopted that for every single bike.

“As we push everything – the frames, and trying different handlebars… for these tiny gains, we see the pedal area almost like some free space to make some significant gains.

“So, we stripped some weight, we go a bit faster and we’ve got a really good partnership with Speedplay – and all 29 guys are running them without any issues at all. It’s been a pretty smooth process, actually.” 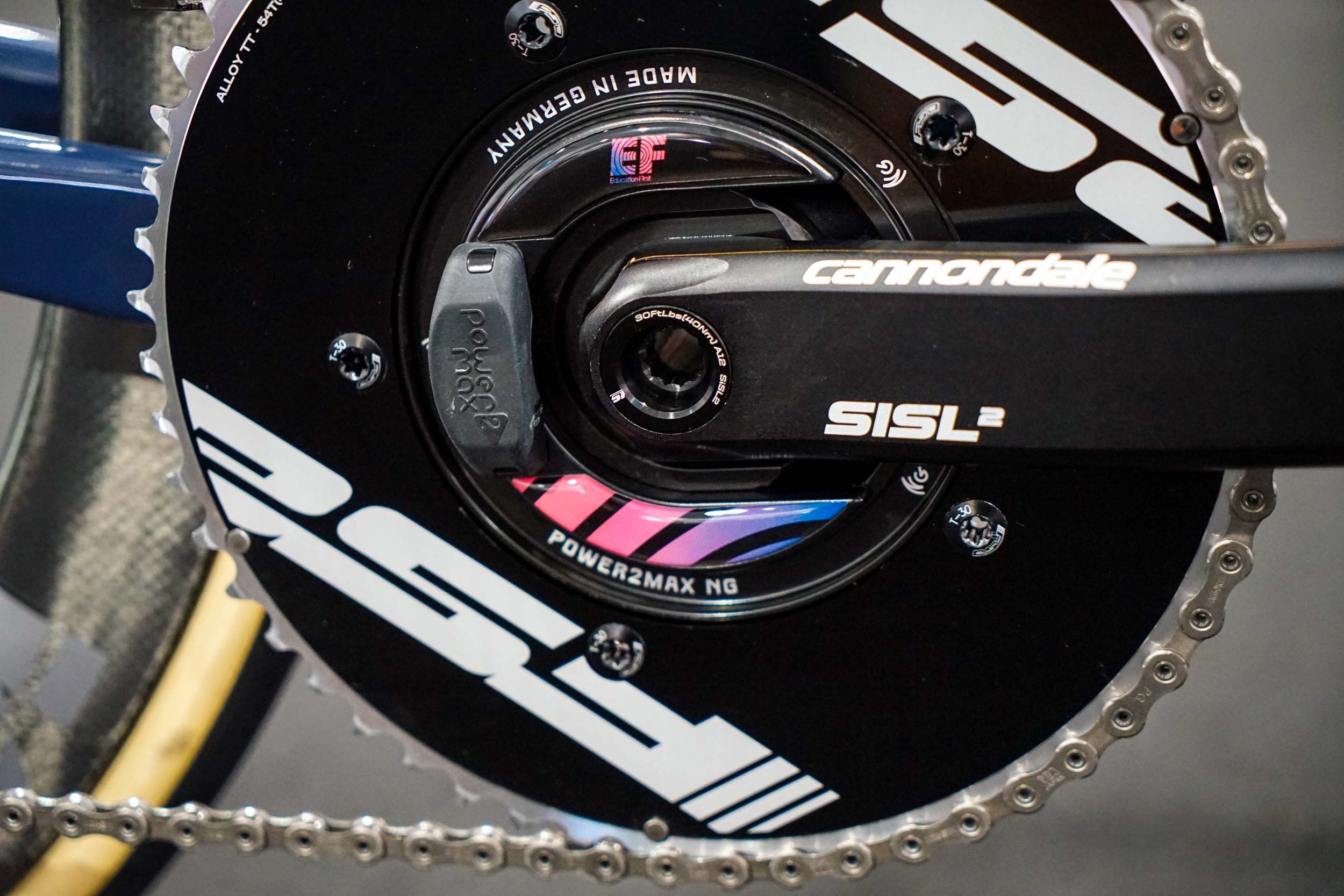 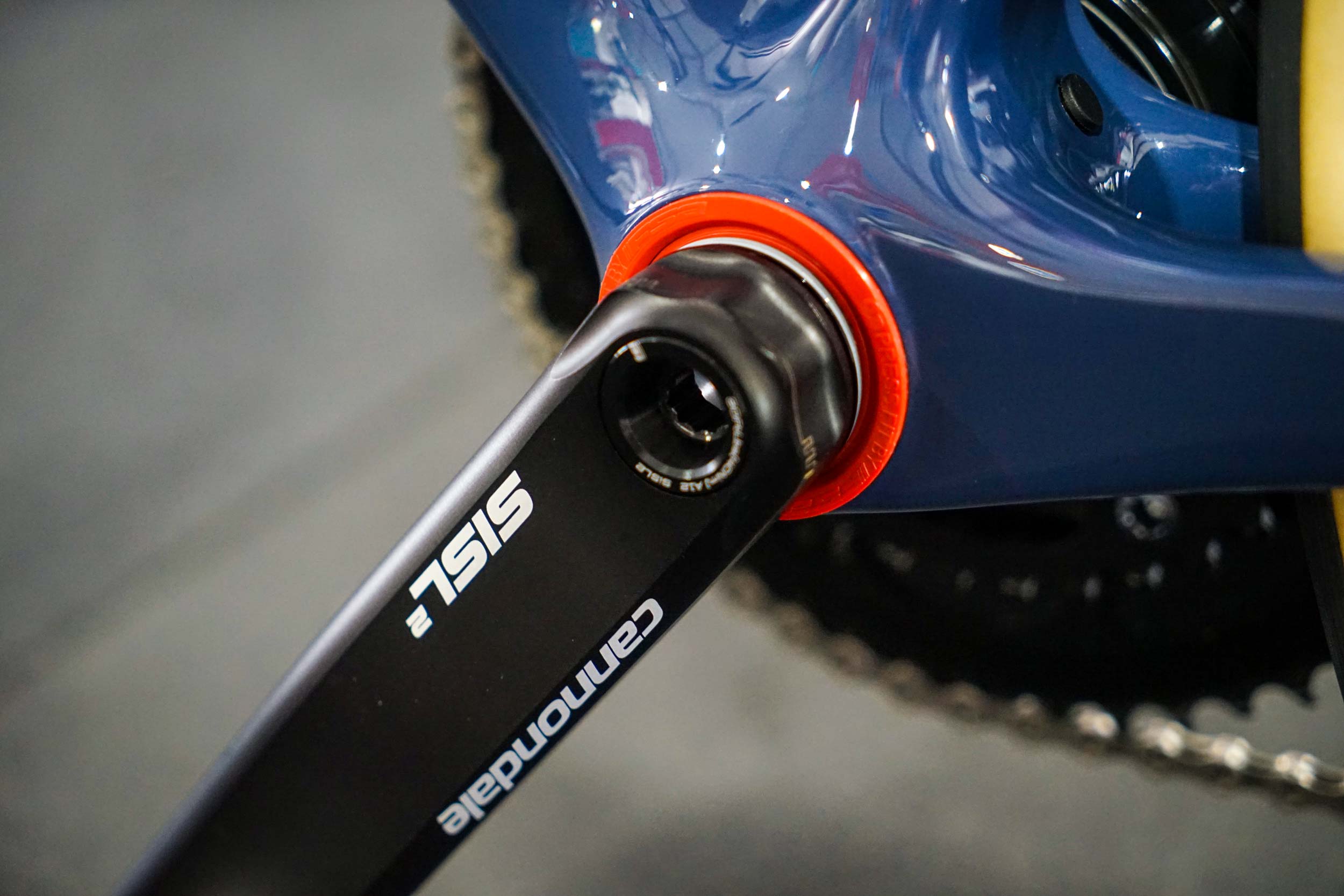 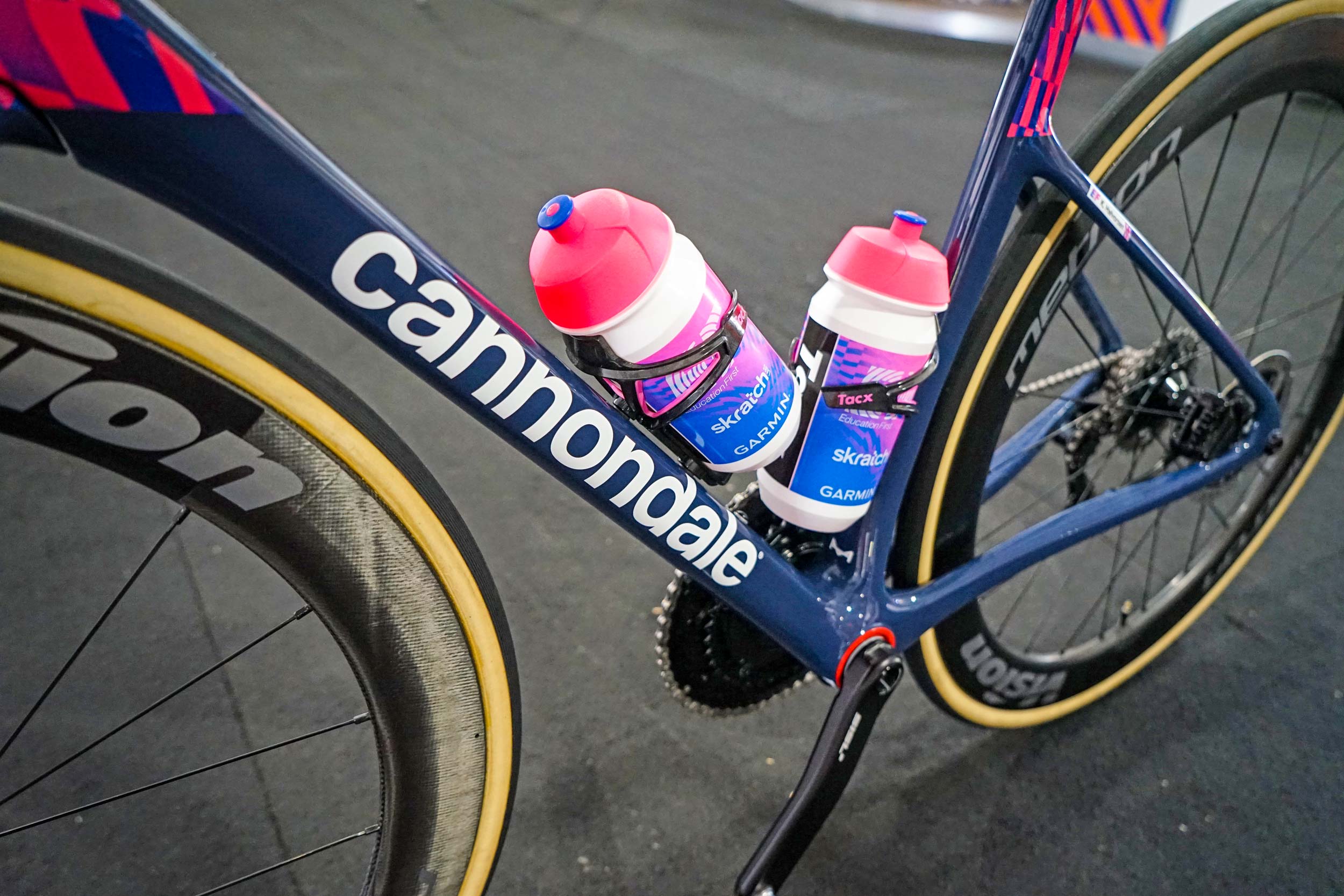 RIDE Media: Switching pedals for a bike rider is quite a challenge…

“When we first surfaced it with the wider crew, everyone thought we were a bit crazy, or were a bit concerned. But I think the Speedplay product has come a long way.

“We did a heap of work in the background with some really talented bike fitters and supported of the riders with all of that, and did it properly, and they are on board, and they don’t have any problems.

“I think for them, also, the fact that there are such easy gains there, it just makes sense to move across to it.” 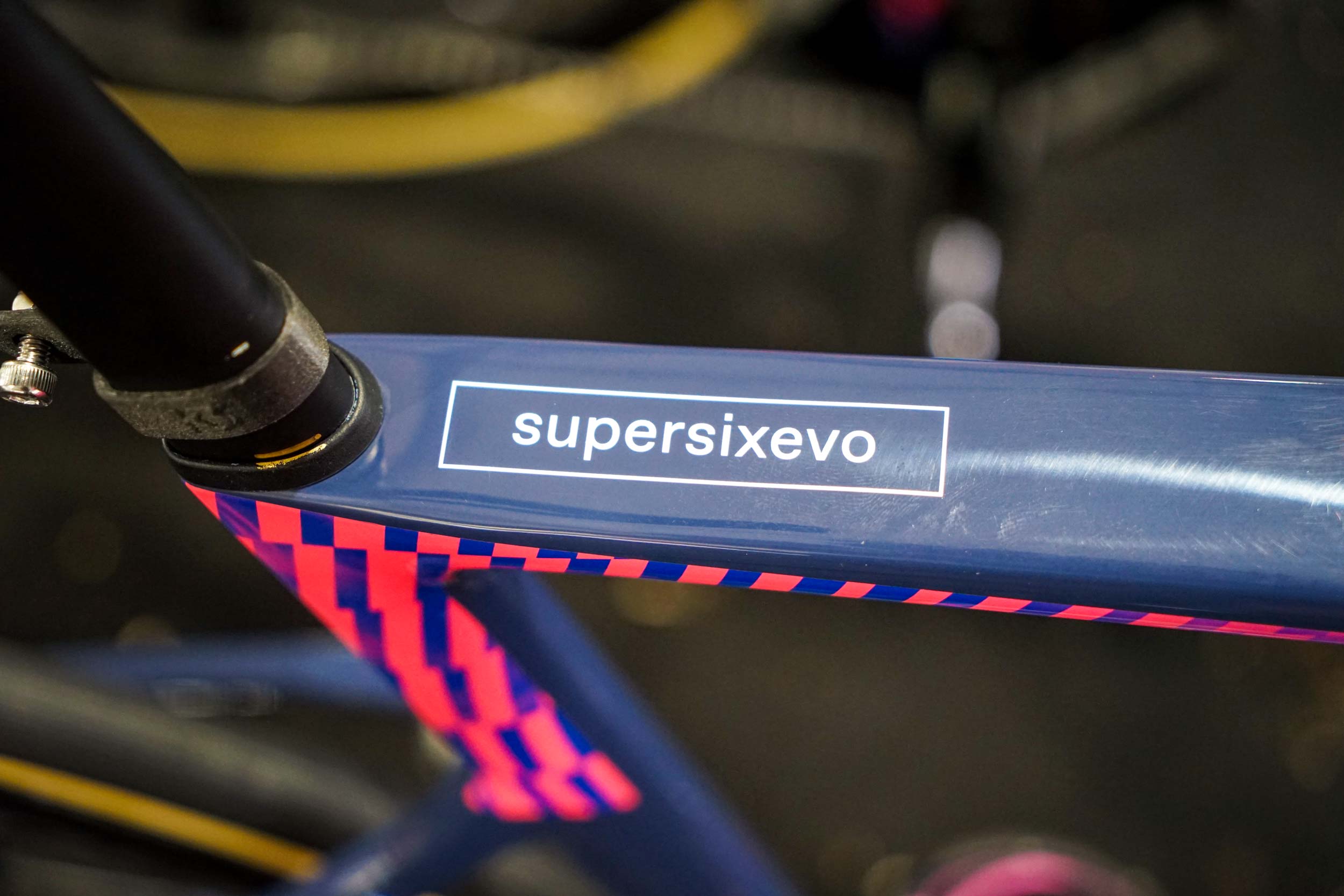 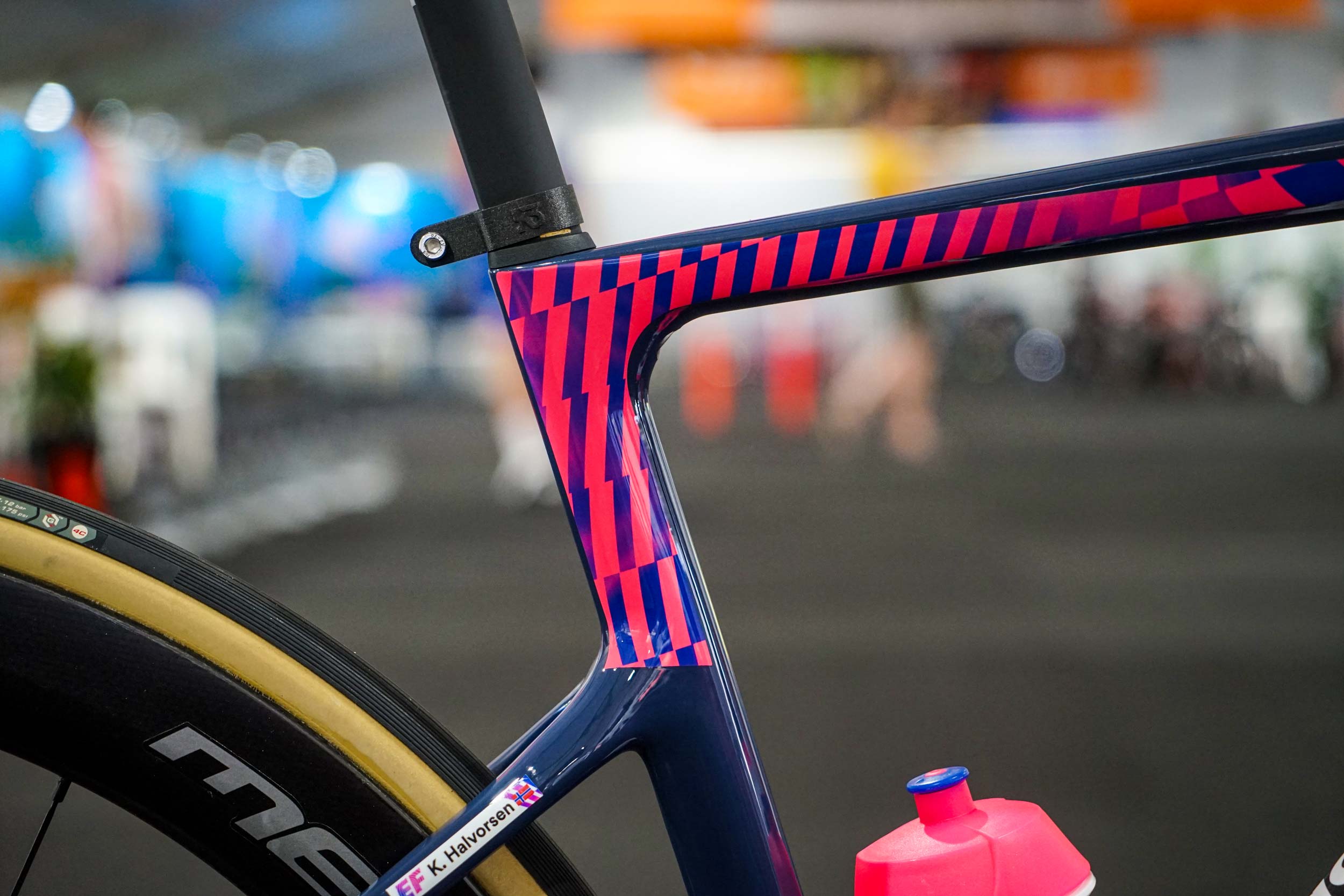 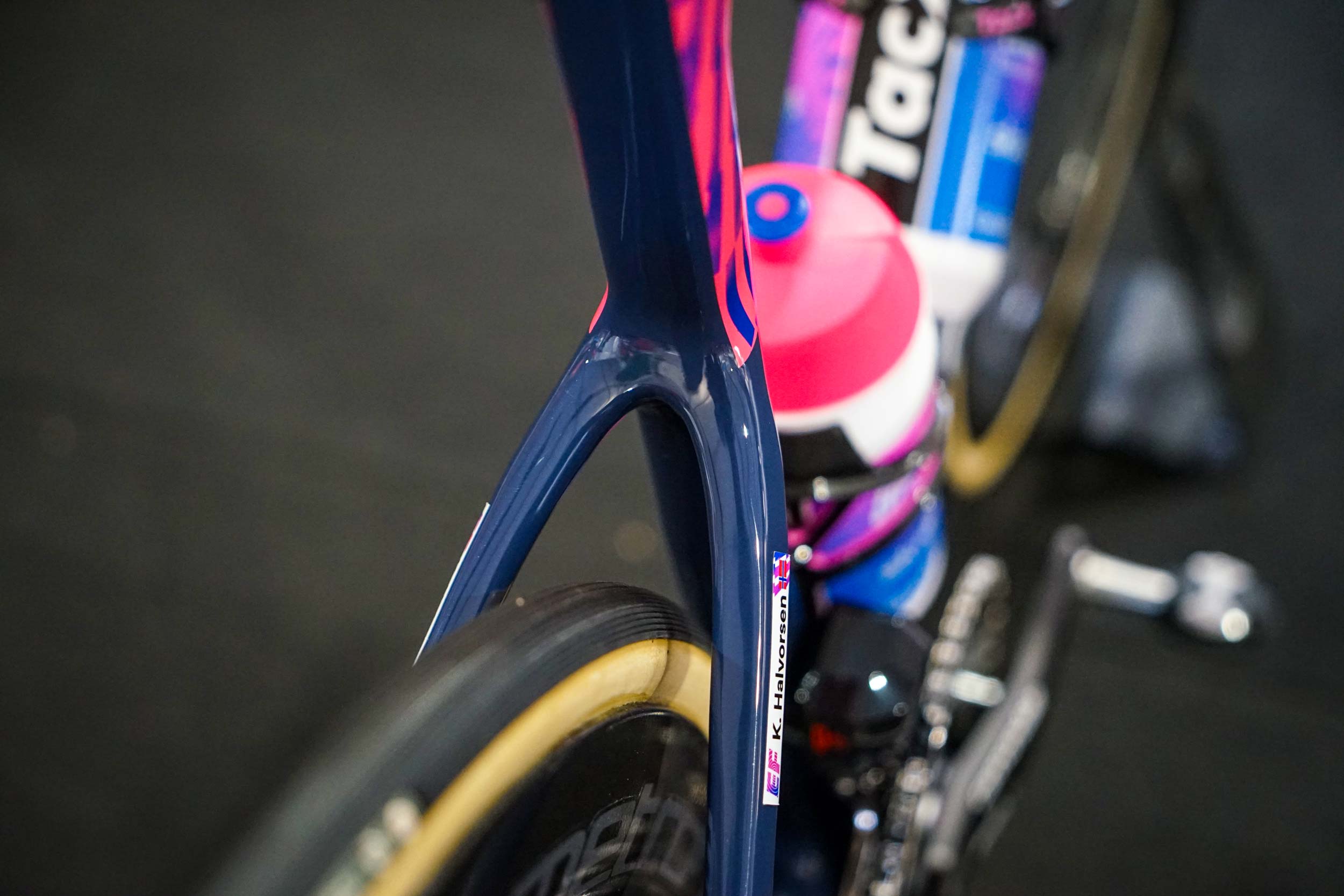 RIDE Media: And your [team’s] power meter is Power2Max. No changes this year?

Jonathan Breekveldt (EF Pro Cycling): “No. No other changes really. It’s the same as the units we used last year.

“The only other real changes are in the saddles. I think everyone is moving to the new M5… well, not ‘everybody’ – it’s their choice also. But we’re starting to see a bit of an evolution in saddle design, and also saddle choice by the athletes.

“Other than that, we’re pretty similar [to last year], only a different, newer paint scheme which is a bit more out there…” 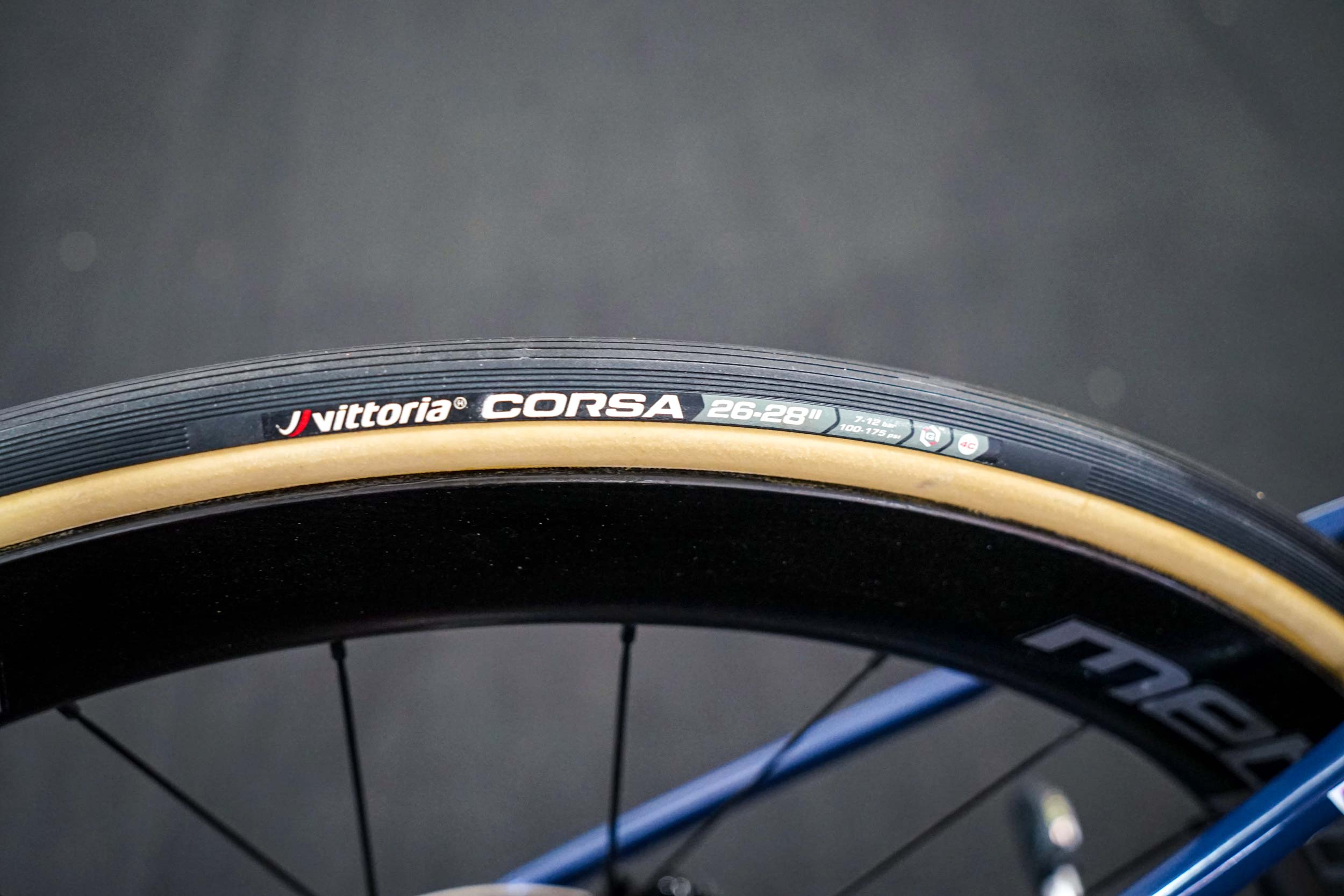 RIDE Media: I knew a few teams, like UAE, are going to be only tubeless this year – or that’s their plan. Have you dabbled with that?

“Actually, on Sunday when they were racing [the Schwable Classic, pre-TDU criterium] I think Jens [Keukeleire] and Kristoffer [Halvorsen] raced tubeless.

“In the background we’re still testing it super hard but there are still a few kinks to iron out. “Also, we’ve been using it on our TT bikes for two years already, so I think we’re probably somewhat at the forefront of the evolution – but putting it on the road is a different beast. And we want to be really careful around the riders’ security as well because there are some concerns around that, with flat tyres and whatnot.

“But we have worked really hard with Vittoria and we have some strategies to overcome that.

“So, hopefully you’ll see a huge uptake from us.

“We’re a little bit more traditional to mountain bikers so we take a while to catch up to new ideas.”

– Interview and photos by Rob Arnold 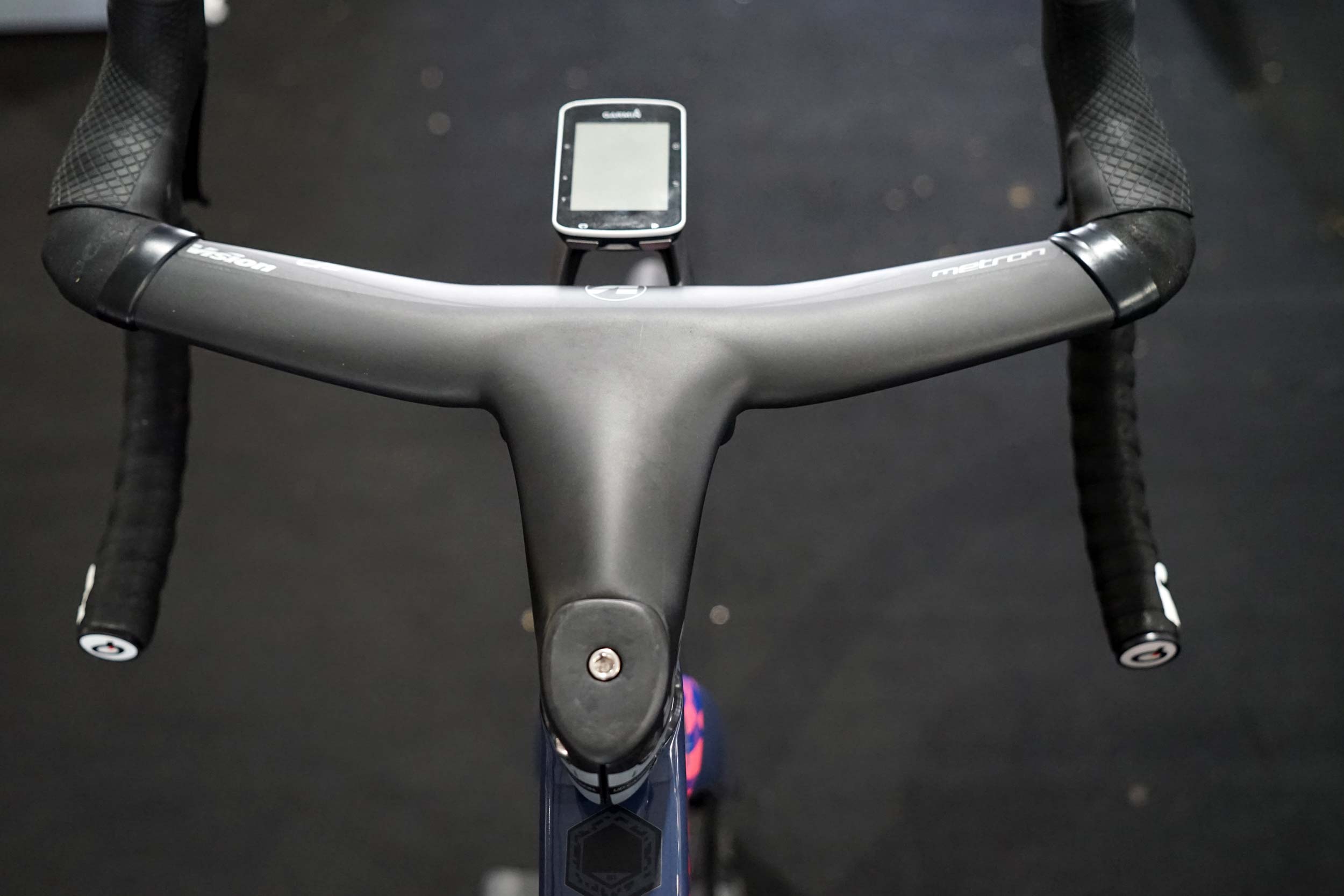 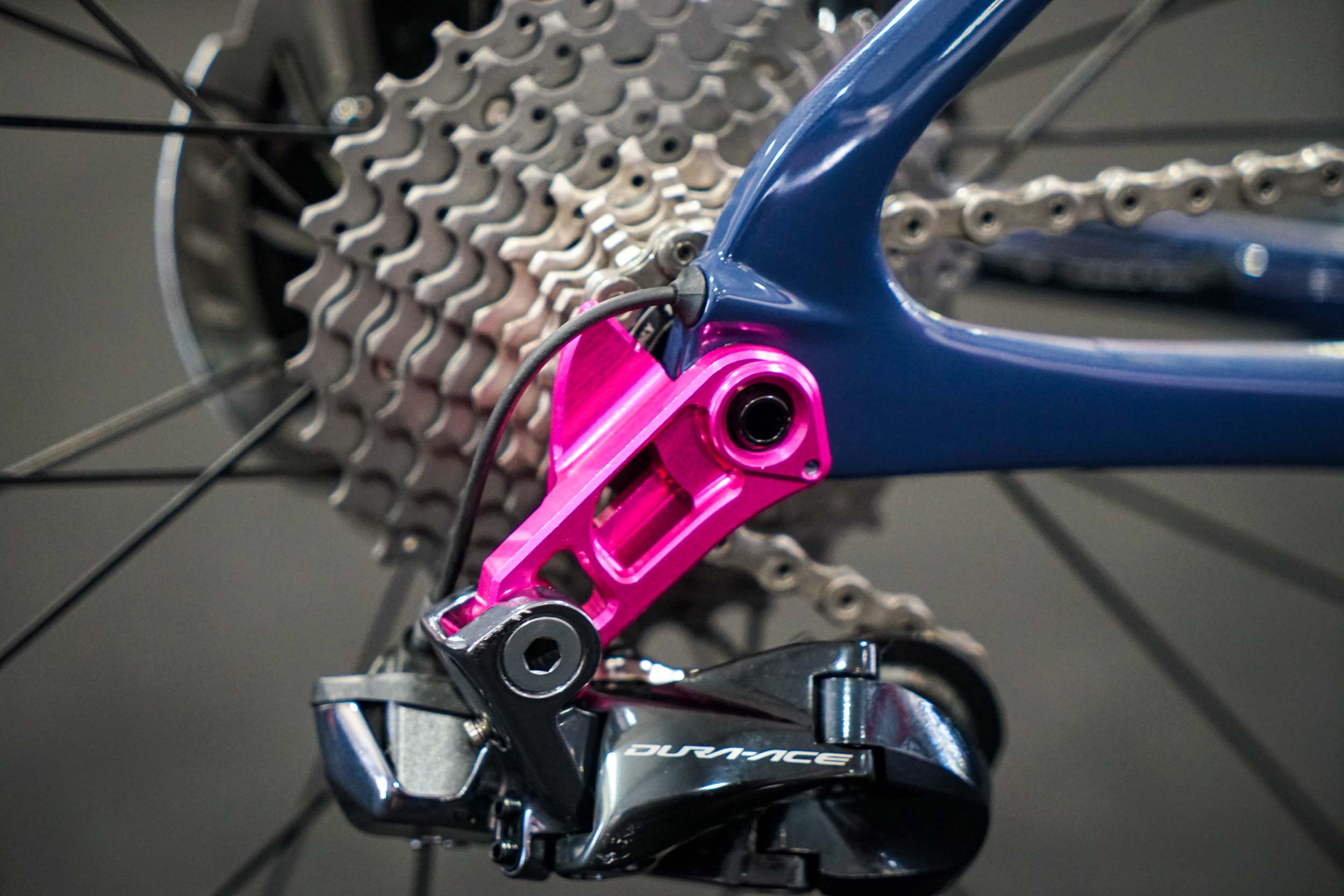 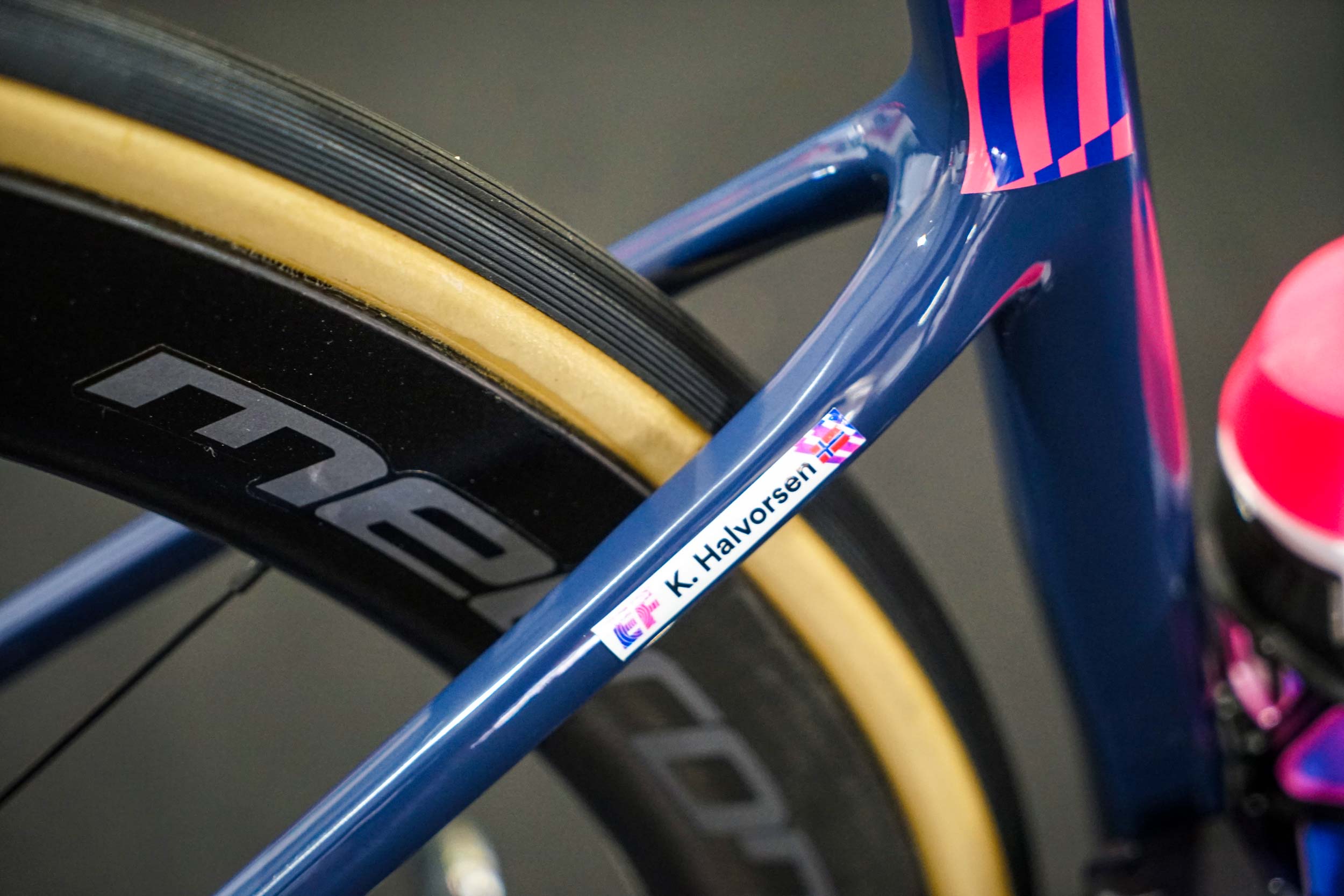 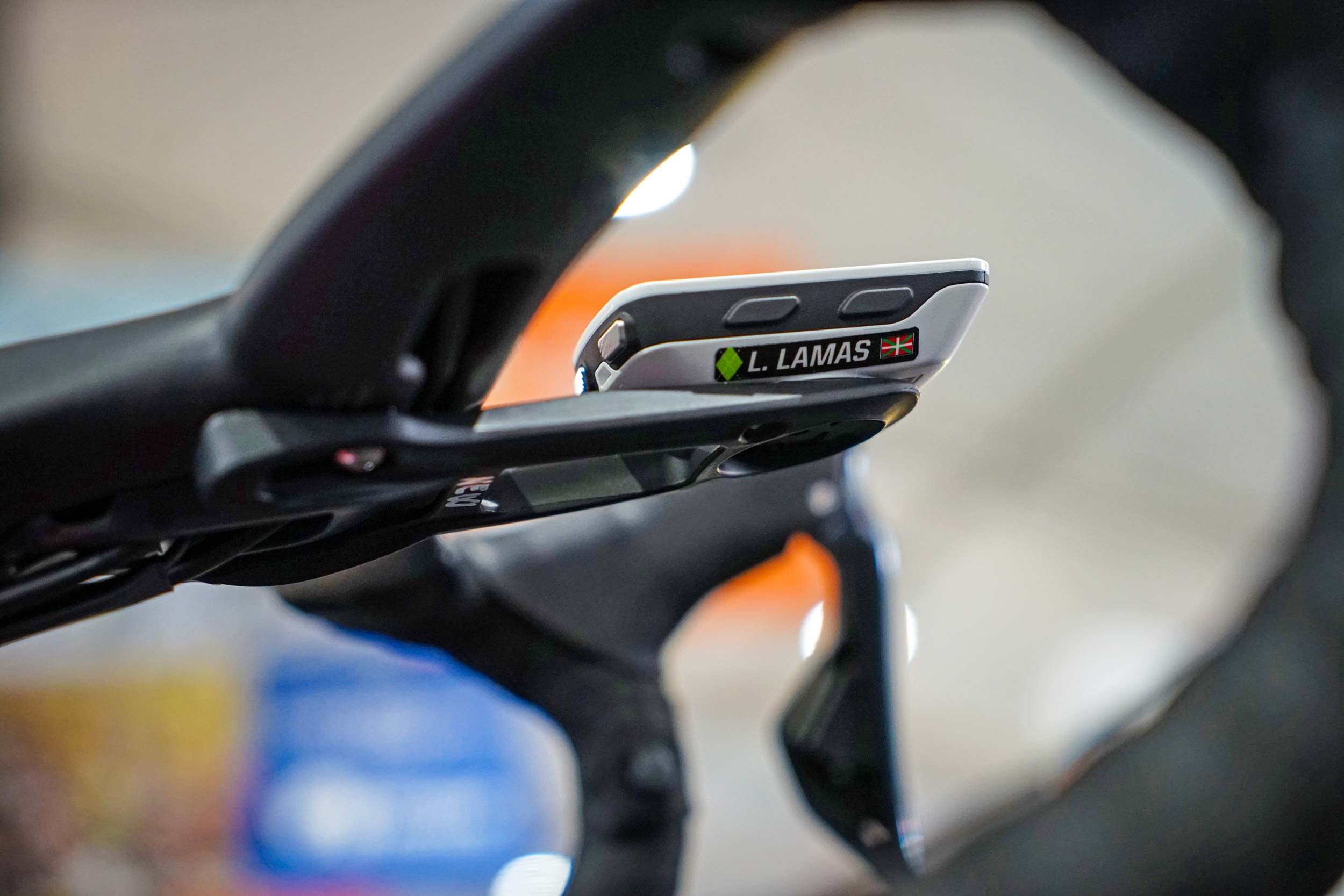 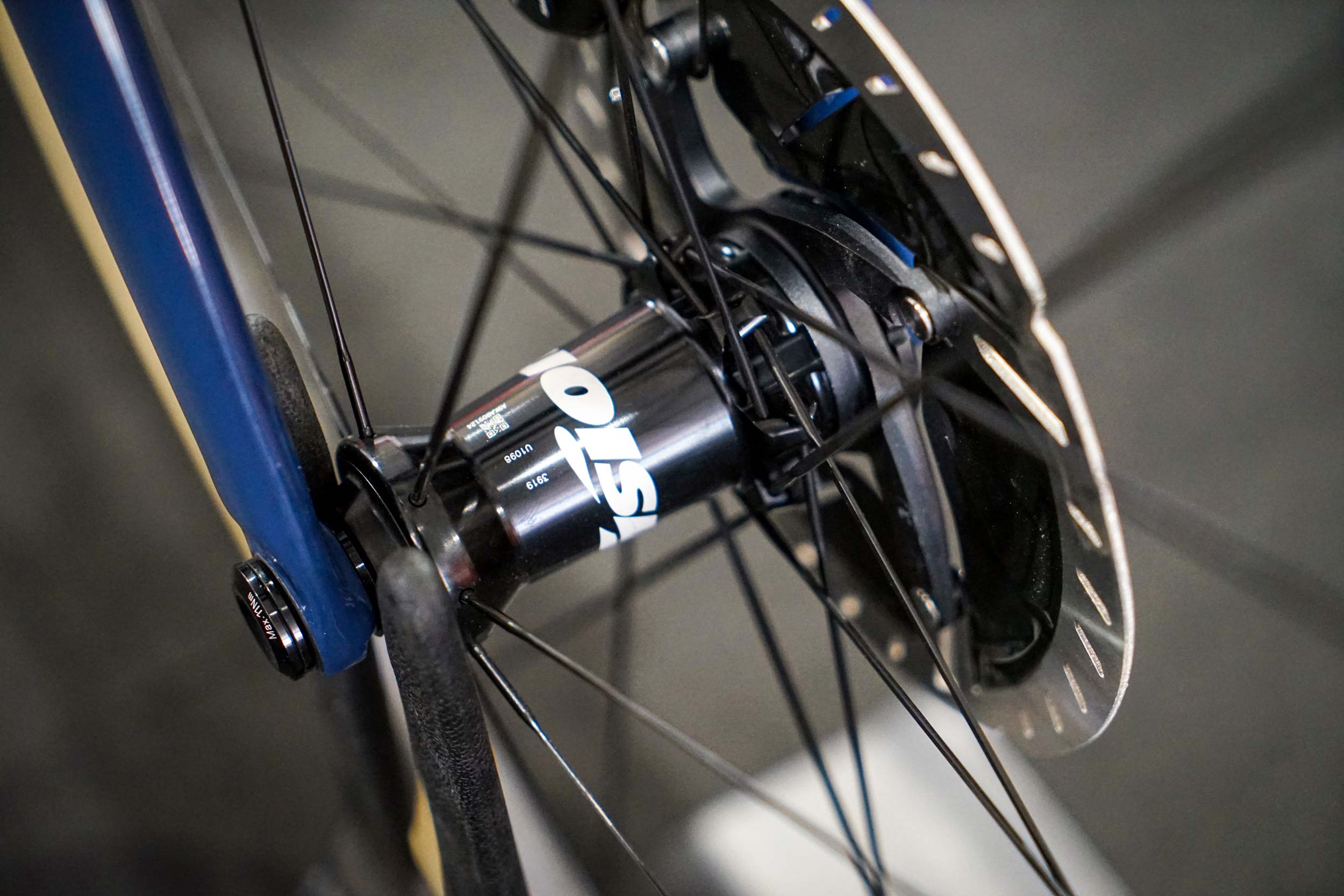