Before racing resumed, Movistar had a campaign to design “a charity jersey created by its fans”. A rainbow splash was added by Loris Gobbi and the team raced in different colours on the weekend… on the jersey and bikes. 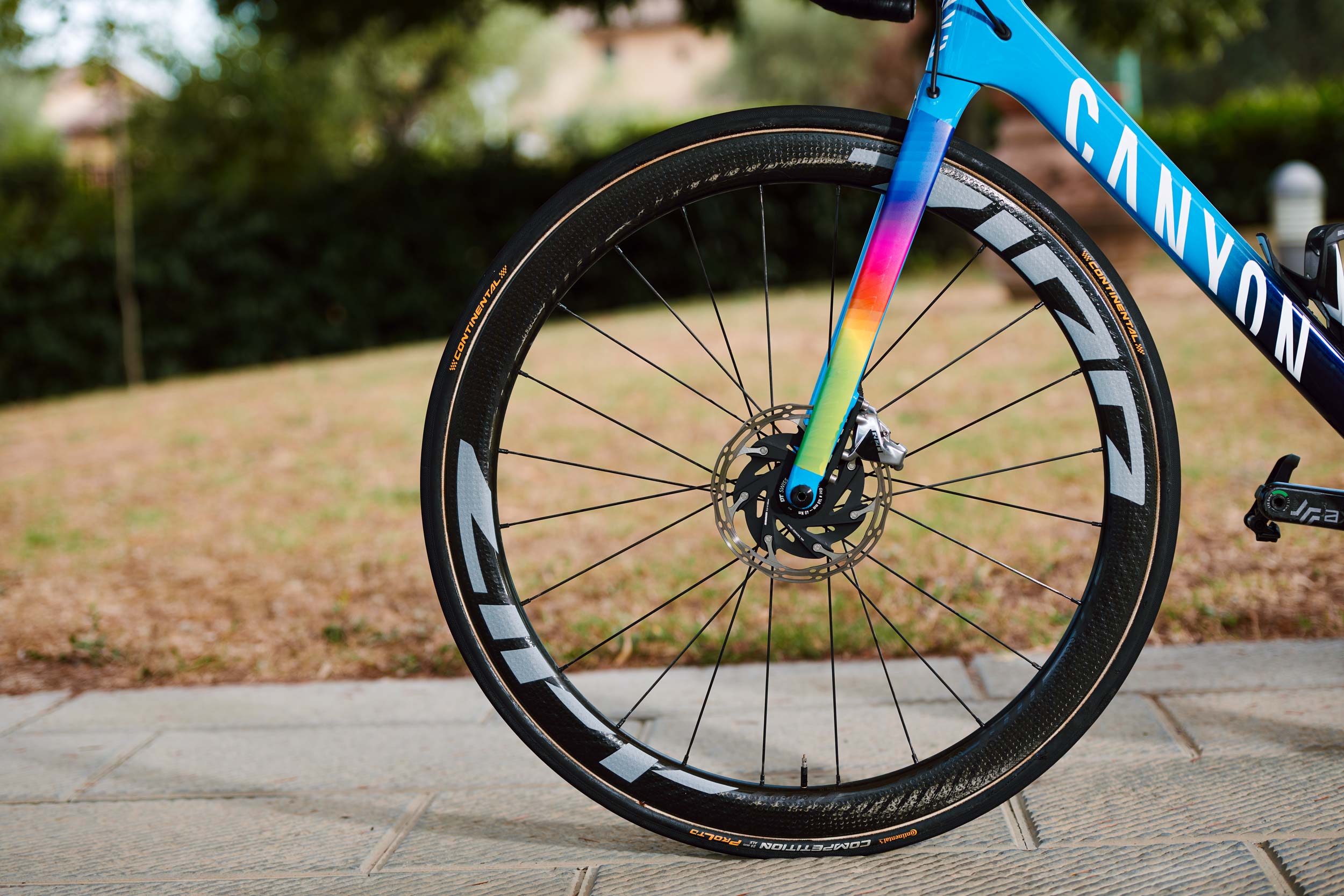 Photos by @VeloFocus (courtesy of SRAM)

Photographing bikes at the races is part of the usual cycling season but in 2020 it’s a little more difficult. And so, SRAM has come to the party and provided some product images from the teams the company sponsors. “Given the challenging situation around racing, teams and travel,” SRAM writes in an email, “we wanted to provide you a fresh collection of bike images from our sponsored professional programs.”

The photos you see here are of by @VeloFocus and they feature Matteo Jorgensen’s Movistar team-issue Canyon with SRAM’s Red AXS eTap wireless shifting ensemble. 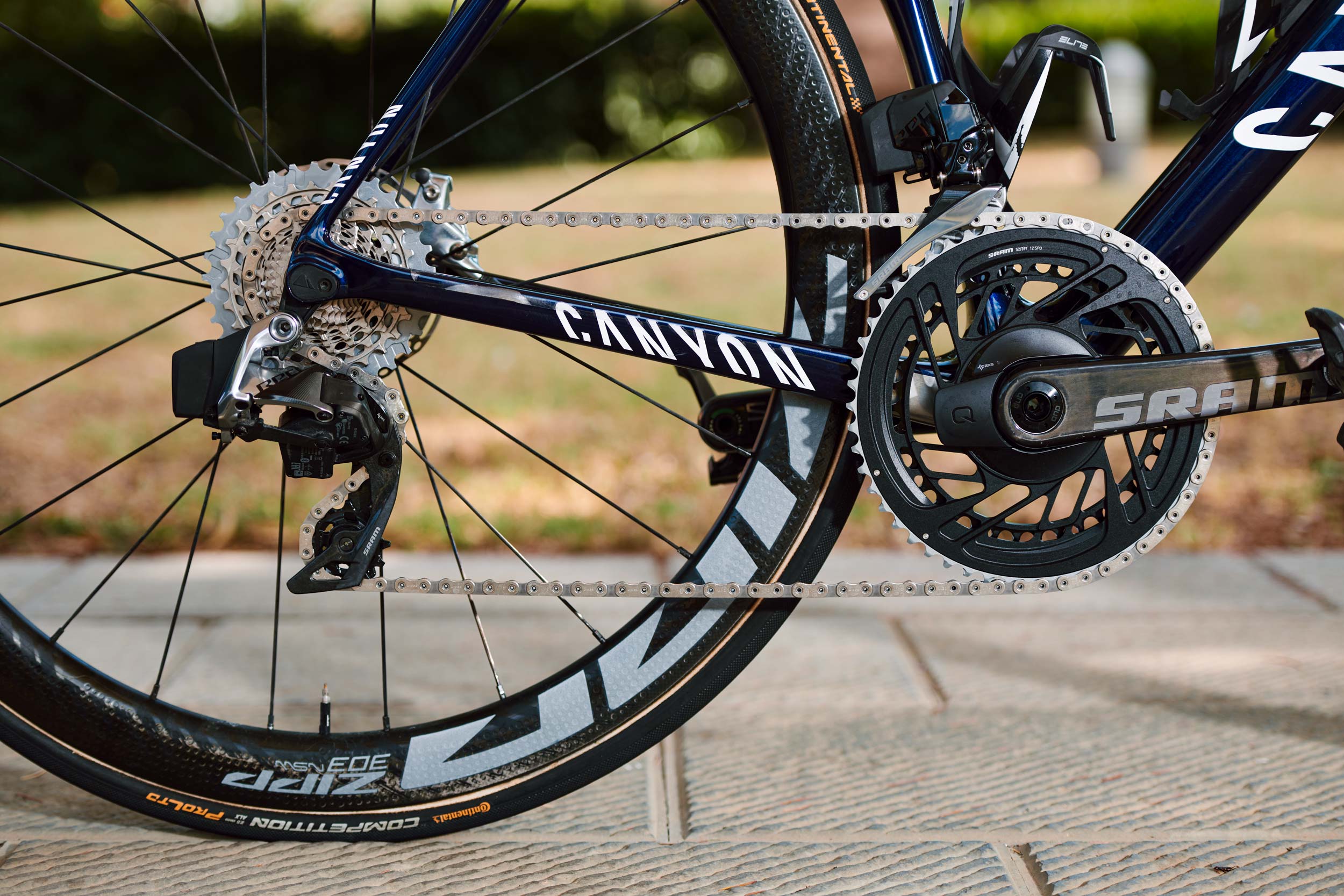 To compliment Loris Gobbi’s jersey design, Movistar’s bike sponsor, Canyon, has added a spray of rainbow colours across the fork (but, it is worth noting, this is done with a decal rather than new paint).

The bike company has had some experience of trying to match rainbow colours to bikes after a year with Alejandro Valverde wearing the world champion’s jersey… but this scheme is different, and it doesn’t relate to the five-stripes that are so much part of cycling. Rather, it’s part of an initiative by Movistar to raise funds for the Spanish Red Cross. 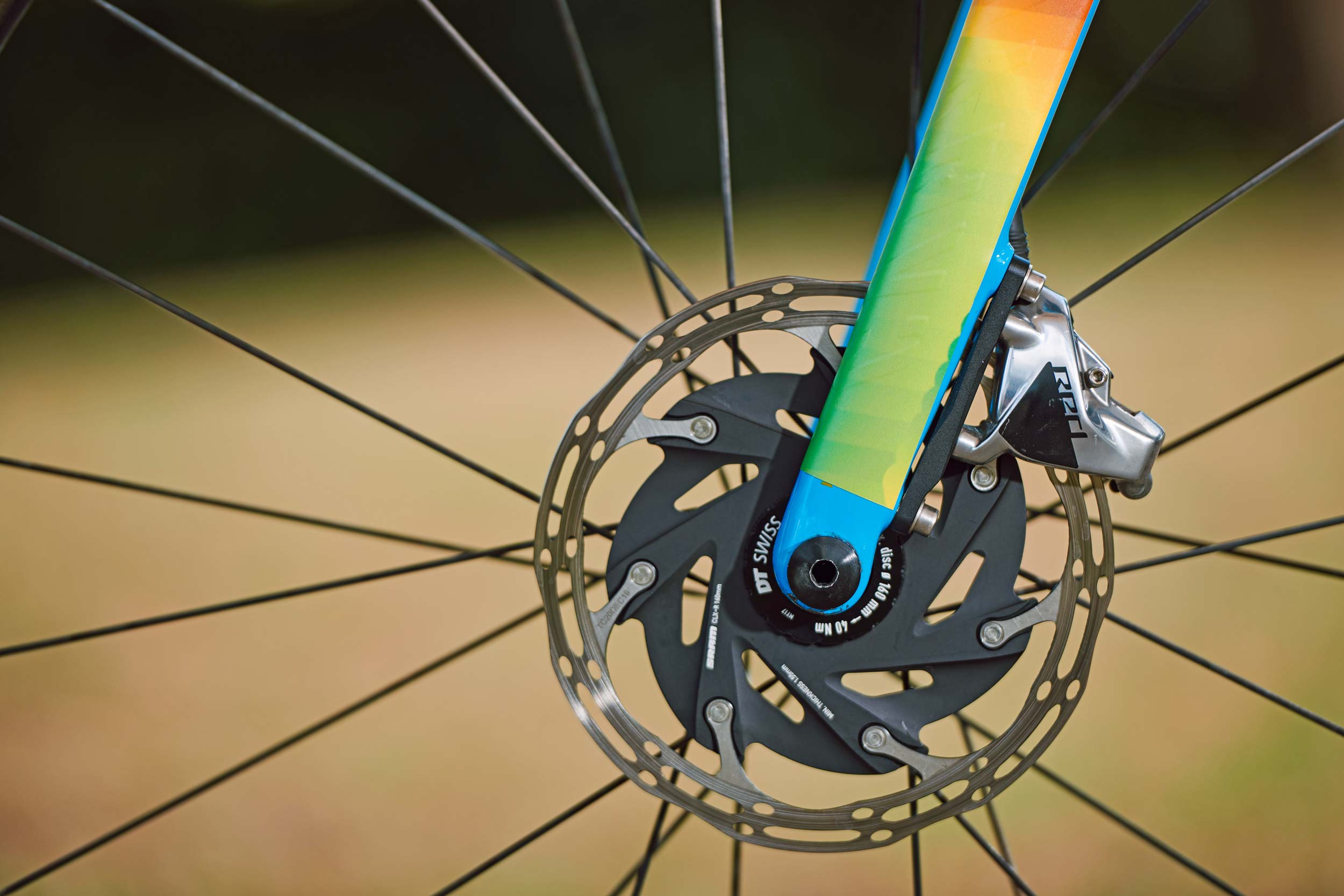 DT Swiss provide the locking system for the SRAM rotors on Zipp wheels.

You may note the obvious: these are not resprayed bikes (or new frames) rather existing Canyon team-issues with decals added to the fork.

“The relief effort is entirely focused to help those most struck by the COVID-19 crisis and all people who do their best to support them,” explains the team.

Here are some more photos of Jorgensen’s Canyon Ultimate by VeloFocus. 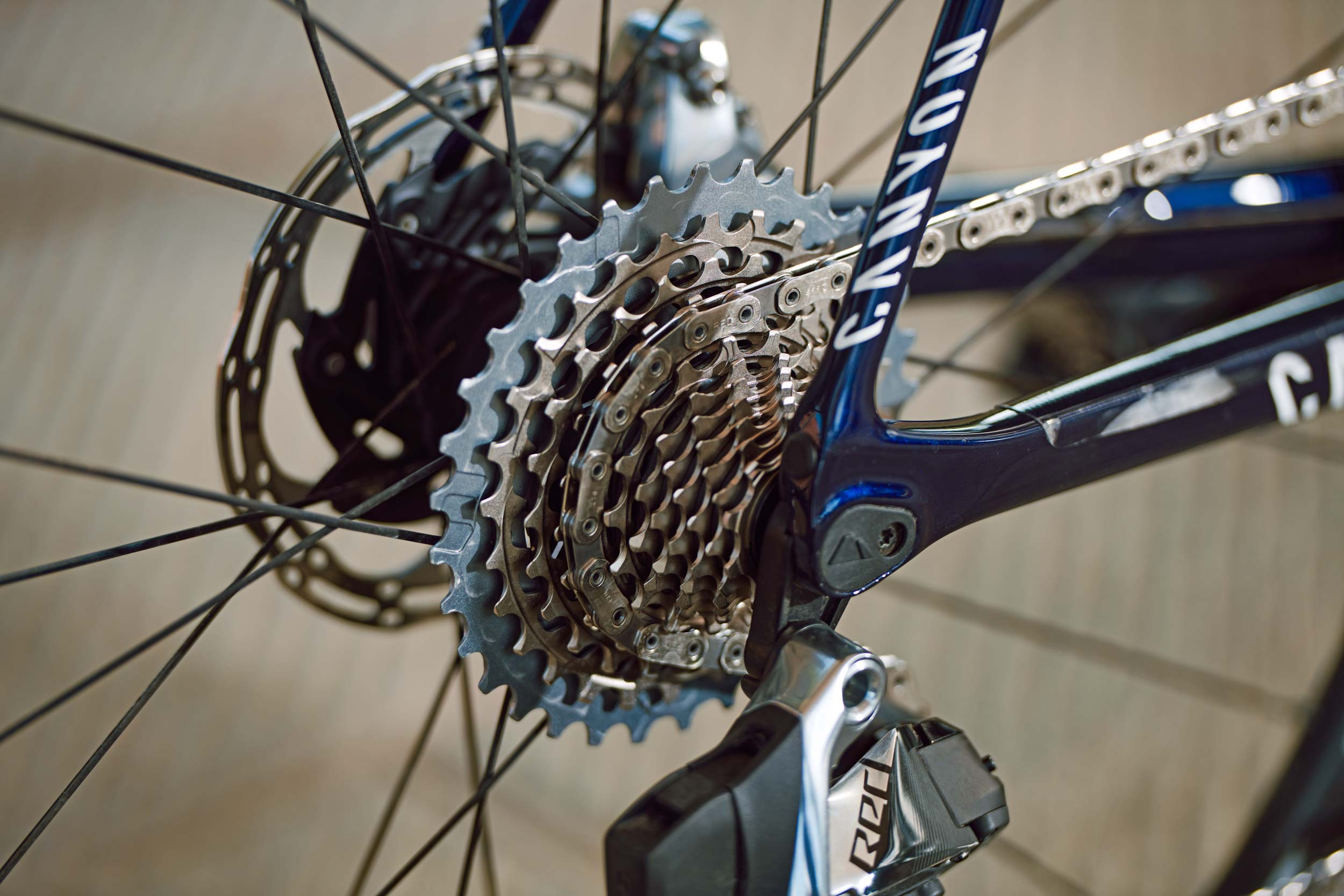 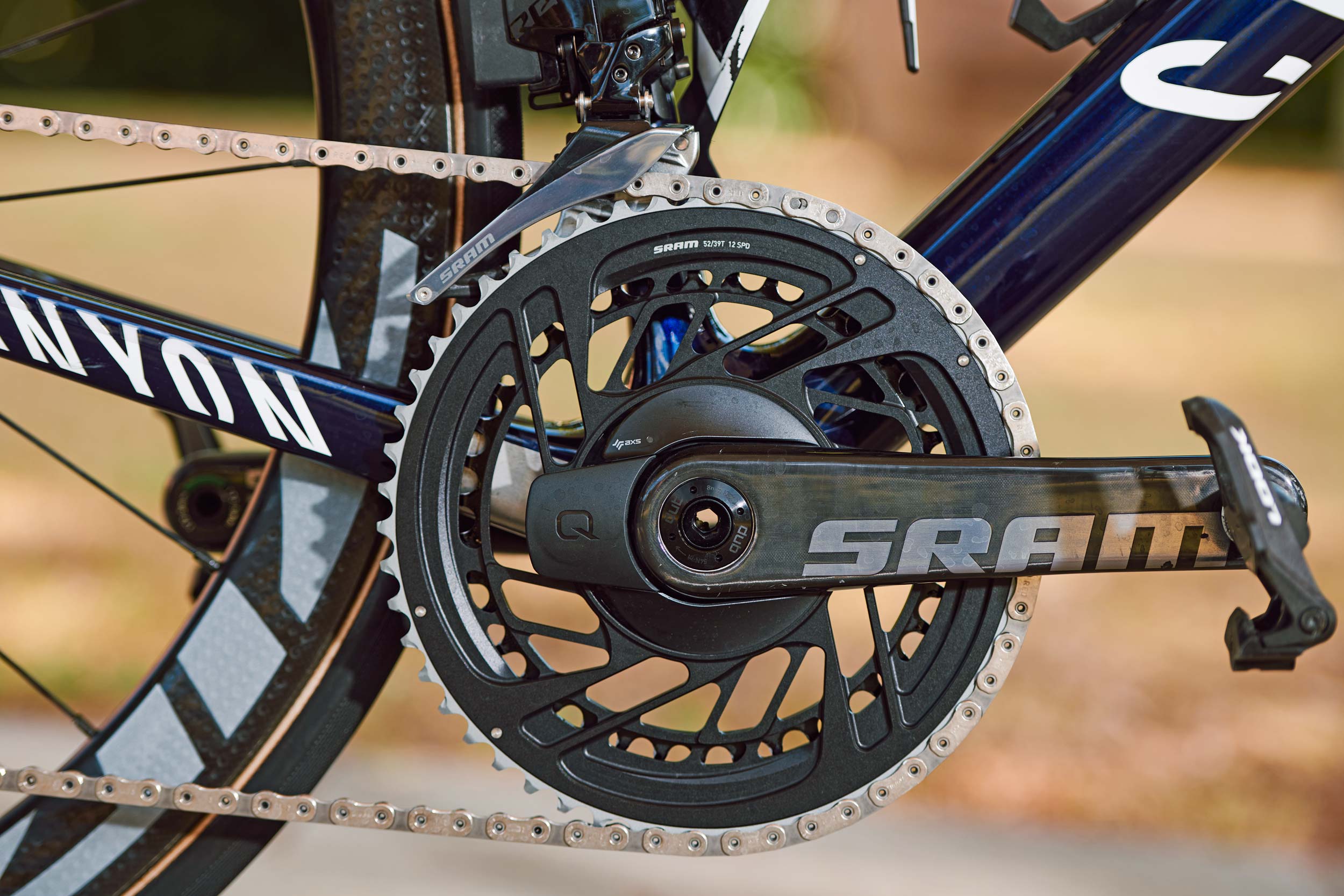 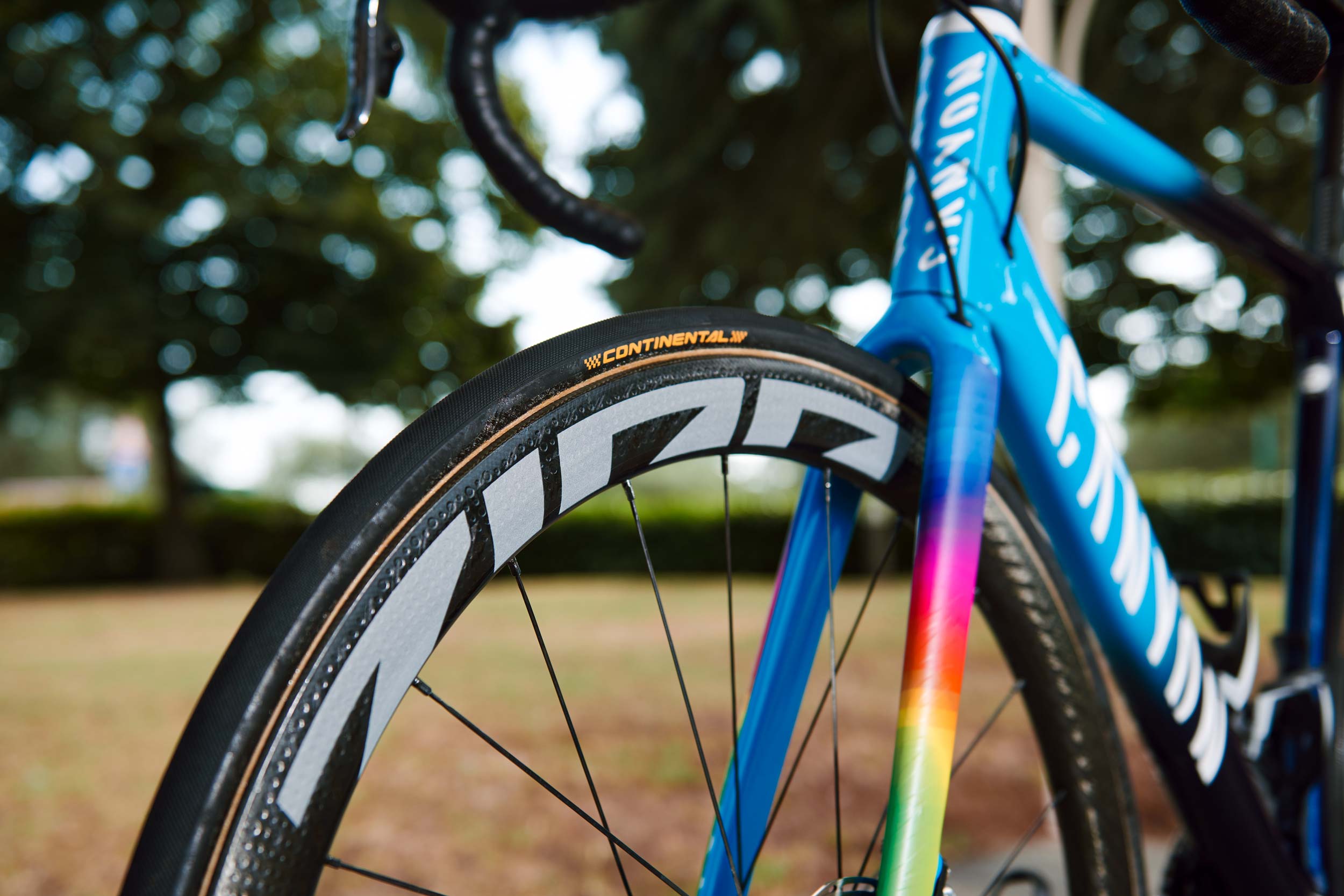