Looking back through the archives for the #BikeGalleryByRIDE series on Instagram has served as a prompt to share some bike reviews from the past. Here is the lightest frame of the 385 test bikes that passed through the RIDE Media office, the 721g Focus Izalco Max of 2014. 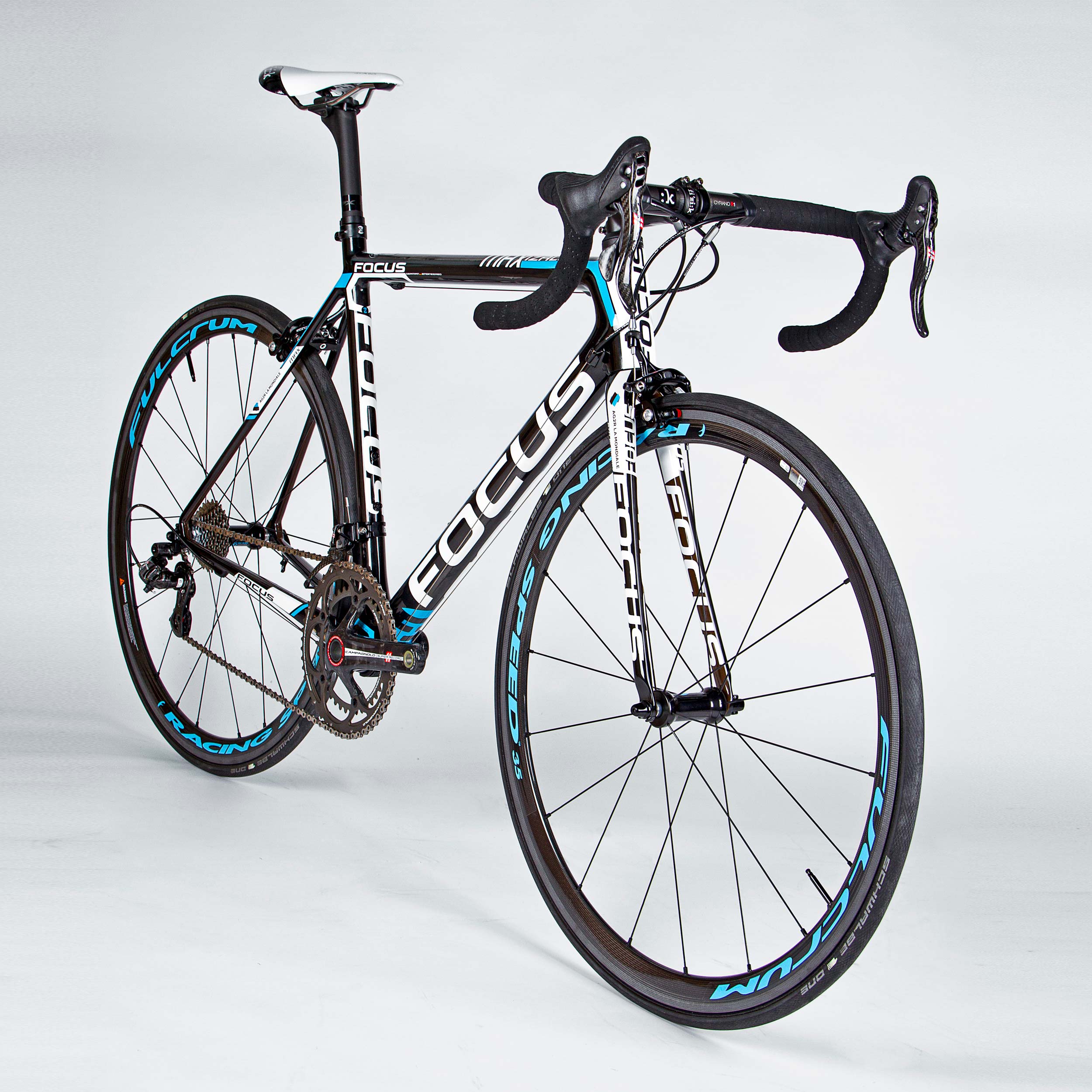 Working as a baker has to be one of the more frustrating jobs; working where you’re enveloped in the aroma of freshly baked bread will inevitably give way to the realisation that you can no longer experience that gorgeous smell. You encounter it every day, you get used to it, it therefore no longer has the same joyous tang to it and your brain will inevitably filter it out.

Lost forever is that ‘Mmmmm! Fresh bread!’ feeling most of us can enjoy.

Working with high-end bikes would have that same problem – you get to see, work on and ride some of the nicest bikes and as a result your sense of enjoyment is inevitably dulled.

So, you’ll get some idea of the allure of the Focus Izalco Max Team AG2R when you learn that the highly experienced mechanic at my bike shop looked at it with something approaching love in his eyes.

Anyone who knows Rohan will understand that as a seasoned expert, he’s seen more than his fair share of high-zoot carbon, glittering bling and eye-wateringly expensive bike kit during his time with the tools. He’s raced extensively, won a fair bit and can wield a spanner with aplomb. But when he laid eyes on this Izalco, I had to almost wrestle it back from him, such was his enchantment.

He looked over it intently, noting the full Campagnolo Super Record mechanical groupset, the carbon sprint rims shod with Schwalbe One singles and the exclusive decal denoting a titanium bottom bracket spindle. He also remarked on how beautiful the colour scheme is. 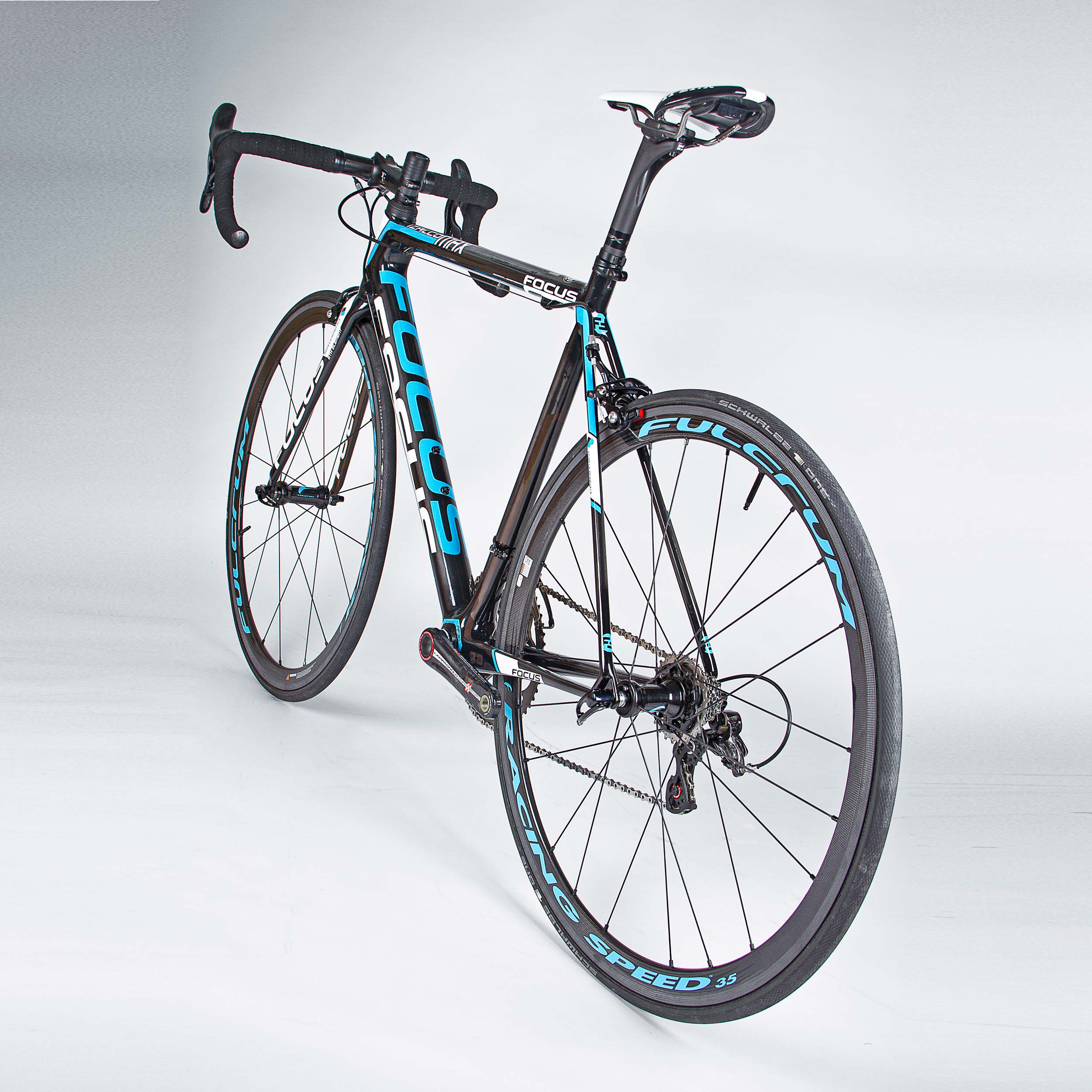 You may or may not be a fan of the team’s race clothing but, transcribed to a bike frame, it looks stunning.

There are hints of the renowned chocolate colouring, but these are subtle and you have to look hard in good light to see them.

He picked up the bike, as we all do, and commented on how little of it there was to lift.

Since this is the lightest frameset RIDE has ever tested and it’s adorned with featherweight Italian gorgeousness, proud owners of this bike will have to get used to that response.

Somebody somewhere, whose name I can’t quite remember, once said: ‘It’s not about the bike’. That ain’t necessarily so, because riding such a featherweight machine is demonstrably better than bringing extra grams with you up hills.

The AG2R La Mondiale team proved this beyond a reasonable doubt in the 2014 Tour de France. 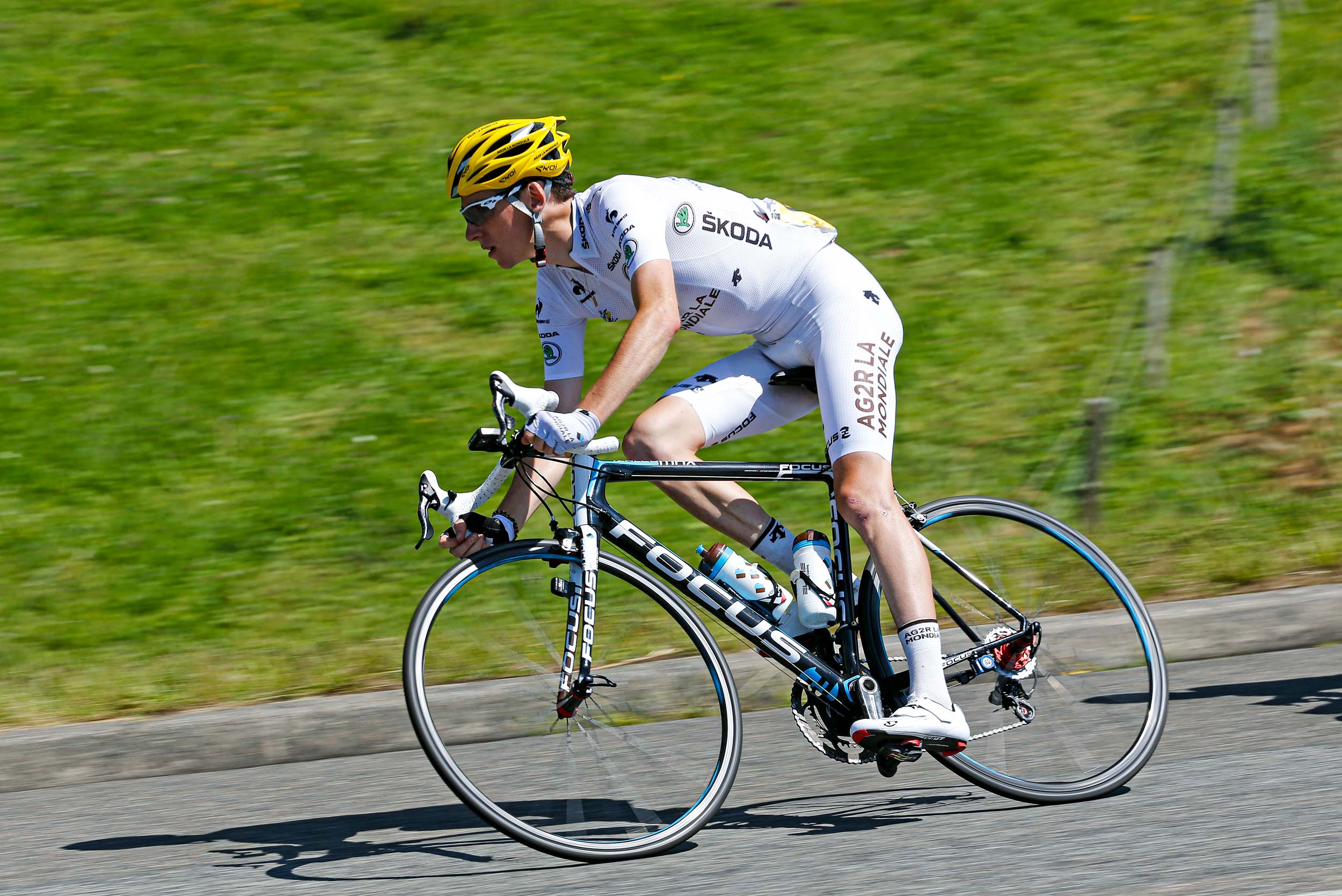 Romain Bardet’s bike for stage 16 at the Tour (above) has a few minor differences to our test bike: different rims (but still from Fulcrum with AG2R-coloured decals), an SRM power meter and white lever hoods to match his best young rider’s prize jersey.
The young Frenchman would finish fifth overall while his 34-year-old team-mate Jean-Christophe Peraud was second overall… using a similar bike throughout the race but with electronic shifting instead.

The Tour was a huge success for the French squad and saw it win the team prize and claim second on GC with Jean-Christophe Peraud, plus sixth with Romain Bardet. Blel Kadri provided a spectacular stage win in the Vosges mountains which netted him the polka-dot jersey for a few days, and the team had a constant presence.

And they did all of that on a bike just like this one.

The Izalco isn’t some team replica with a photocopy paint job and corners cut to keep the price down, it’s a genuine team bike.

You could buy one of these, sneak into the team’s truck, pop it on a rack and it might be raced the next day. Whatever sensations these top pros experienced on their bikes, you will too. 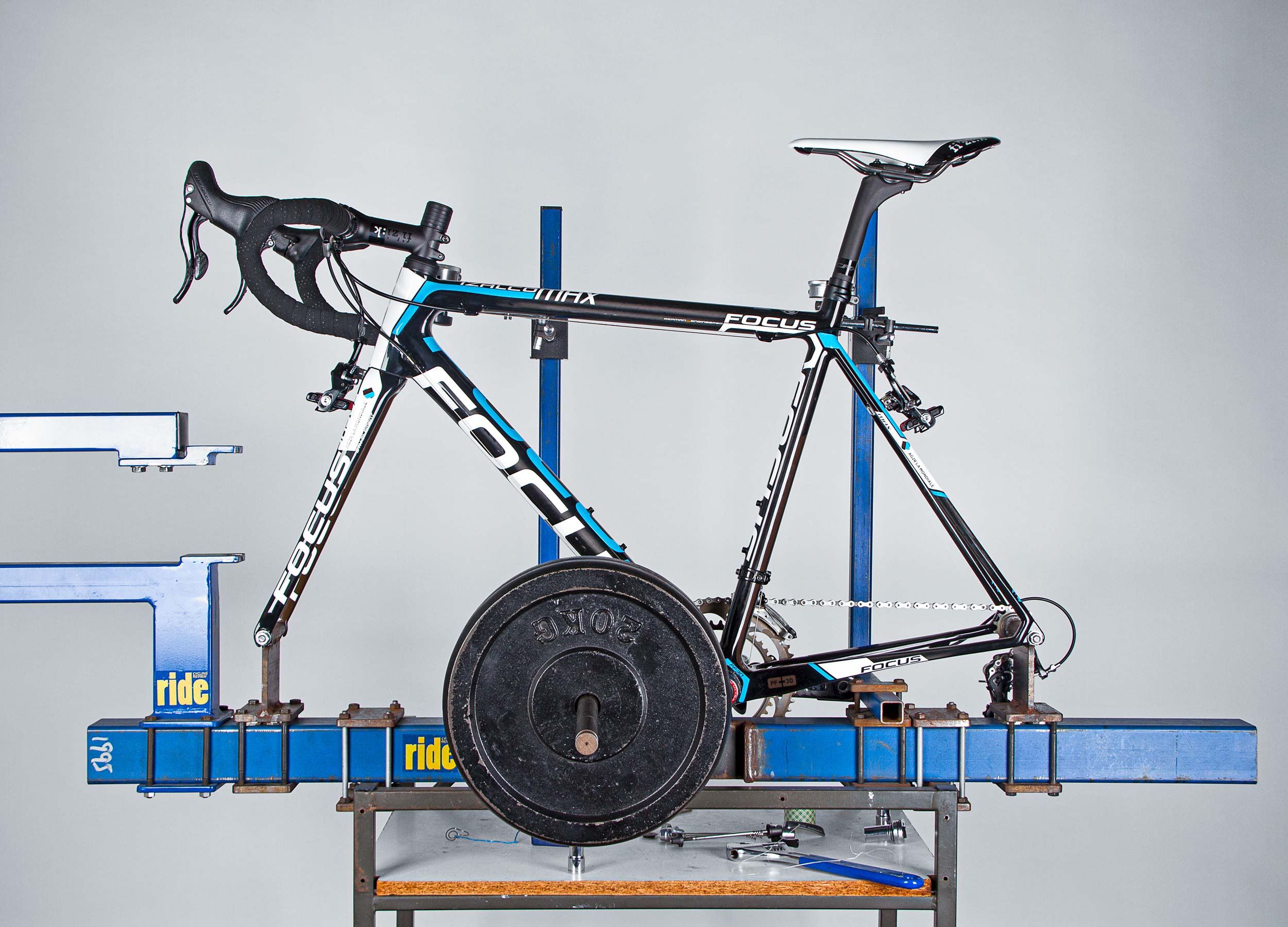 I got a little taste of this during a 135km race, a handicap, from Wagga to Albury.

We don’t boast the Alps or even many formidable hills in the southern Riverina region, but when the race is full-on from go to woah, inclines encountered after hours of swapping turns tend to take more of a toll than they would if you were fresh. On the Izalco, however, the sting is removed.

Slight rises were dispatched with a few seconds out of the saddle, leaving the thought: ‘That didn’t seem as bad as last time’. And what can be described (with a generous pinch of artistic licence) as the Riverina’s ‘Poggio’ didn’t find the Izalco wanting.

Jindera Gap is the sting in the tail of the Wagga to Albury race – it’s not too steep or long, but placed as it is around two kilometres from the end, it is a real race sorter. The Izalco saved its best for last, keeping in contact with the tail end of the scratch riders thanks in no small part to its lightness and its superb transfer of power.

Stiffness at the rear stays and rigidity at the head tube mean that this bike wafts the rider up hills in a way that has to be felt to be believed. Standing or sitting, you just choose your gear ratio and hammer out whatever power you have and the Izalco will do the rest for you. 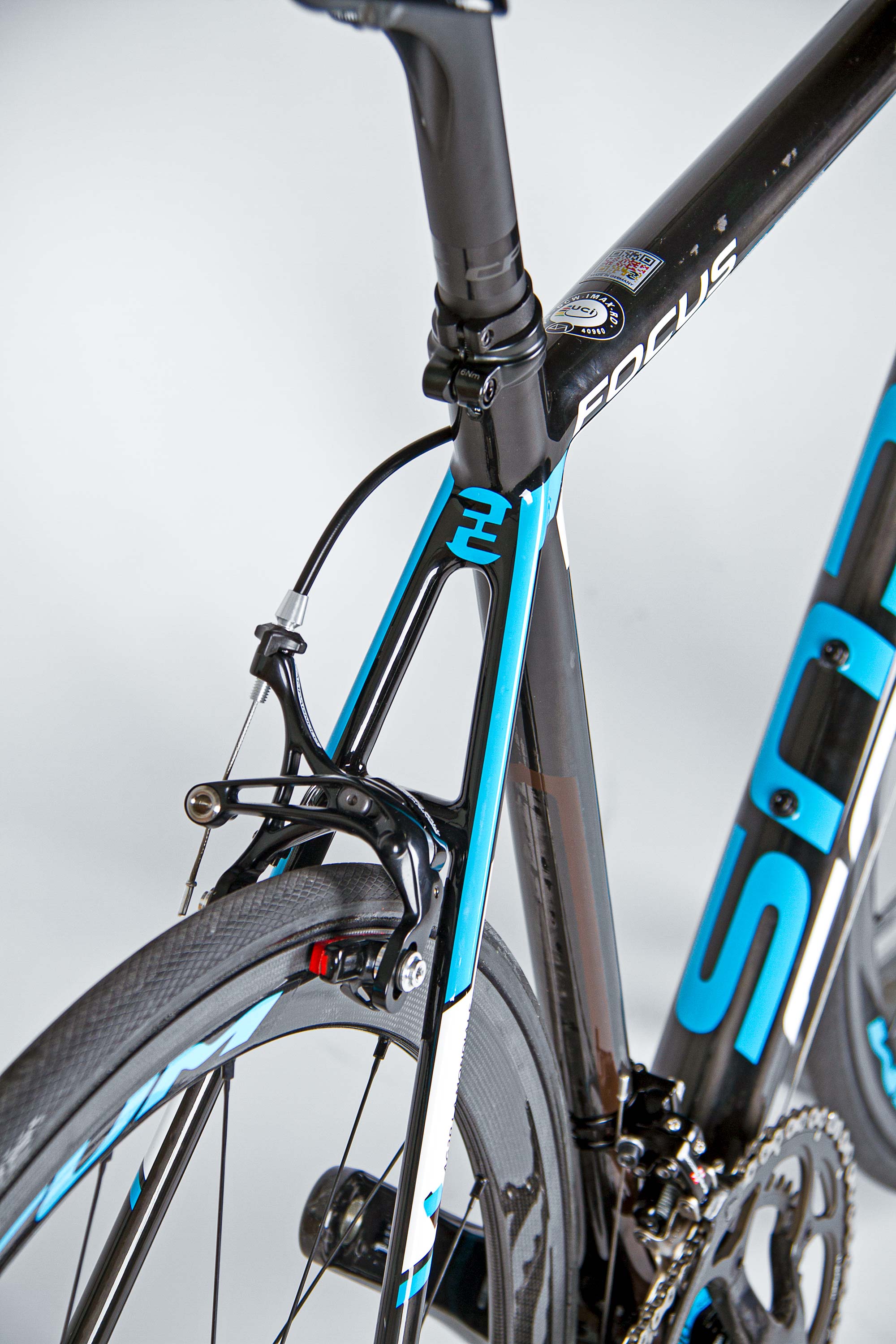 Props to Focus for spec’ing the dual-pivot version of the Super Record rear brake. It’s a bit heavier than a single-pivot but braking power and control are clearly better.

A slight gap over the summit meant that the 53×11 ratio got a good workout in the chase, and Campagnolo’s shift buttons ensured the chain got from 39/25 to top gear perhaps quicker than competing transmissions.

A top speed of 80km/h closing the gap put the bike under strain, but not once were there any signs that the Izalco was going to let me down… bumps and road imperfections were not going to test my nerve nor distract me from the crucial task at hand.

What more could a bike racer want at the bottom of a fast descent than a large roundabout? There it sat, waiting to put the resolve of the riders to the test as they scream round it in readiness for the sprint 200 metres ahead. Touch your brakes and you’re not going to win, overcook it and you’ll definitely not win. One rider avoided the former but managed the latter and hit the deck just ahead of the Izalco as it was whooping with stable assuredness towards the roundabout exit.

A handful of both Super Record brakes ensured that enough speed was bled off to enable the Izalco to flick round the growing pile of bodies and carbon, with only a momentary locking of the back brake causing a slight but easily rectified moment of uncertainty.

Getting back out of the saddle to regain lost speed was met with immediate and urgent acceleration, but it was all just for pride rather than a good dig in naively optimistic hopes of getting a placing against NRS-level top guns.

Doing their bit to help were the wheels, which are for racers only. The Fulcrum Racing Speed R3 carbon singles are 35mm deep, making them a delightful balance of aero and light. 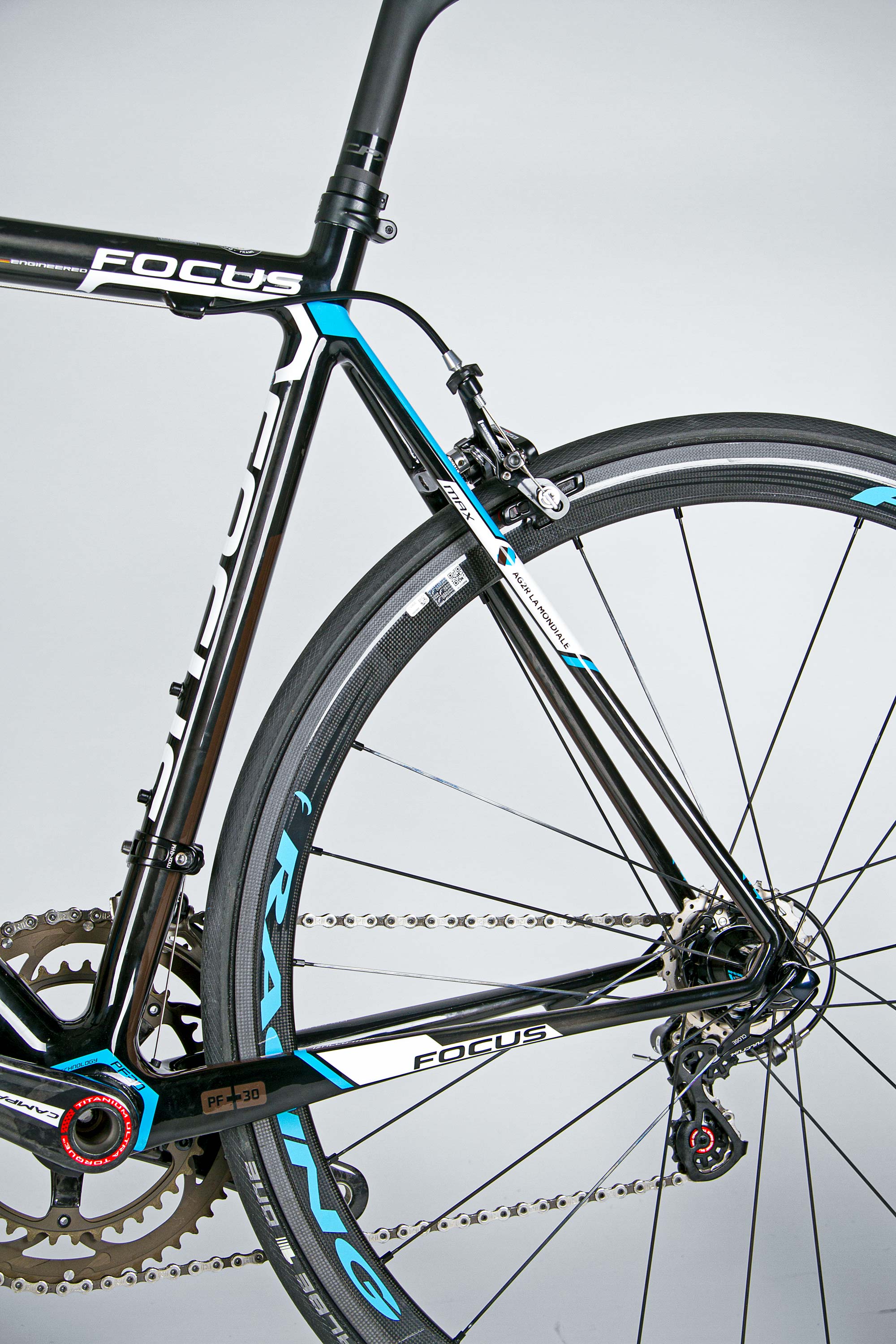 The stays of the rear triangle are neither oversized nor undersized, but a happy medium which offers a measure of compliance with plenty of stiffness for snappy accelerations. 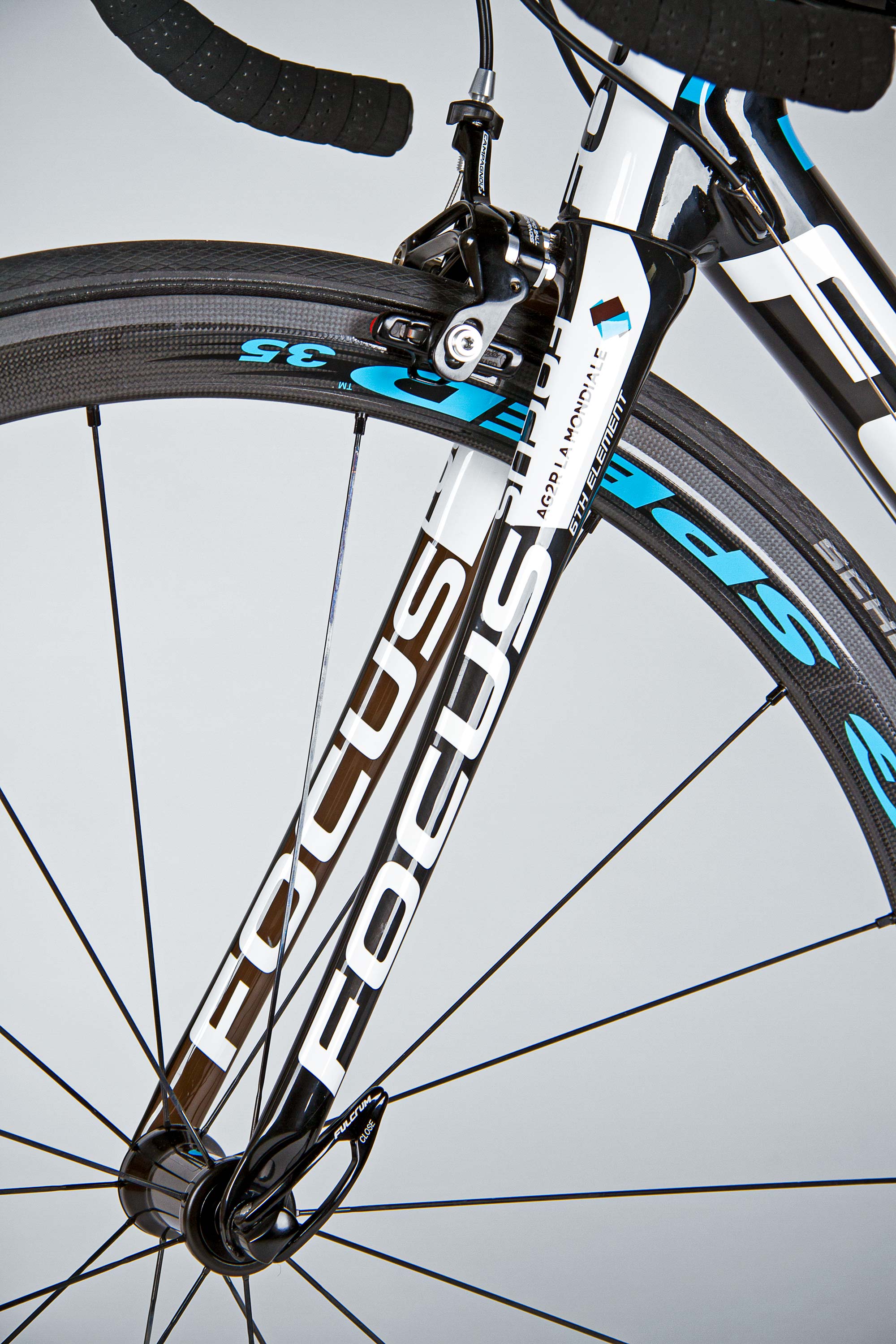 The fork has the shallowest side we can remember with carbon-fibre. It looks beautiful and elegant.

As it was winter, I initially used a set of Fulcrum alloy clinchers which did not manage to disguise the full delight of the bike’s ride. But swapping the supplied wheels back in gave the bike its full opportunity to shine and, if you can manage it, living day to day with singles offers you a daily dose of delight when you head out the door.

Super Record has a formidable heritage and reputation, and you won’t be disappointed with this iteration. It functions beautifully well, it’s light, and it is a joy to just sit and stare at.

There are generous servings of carbon and titanium and they complement this bike perfectly. 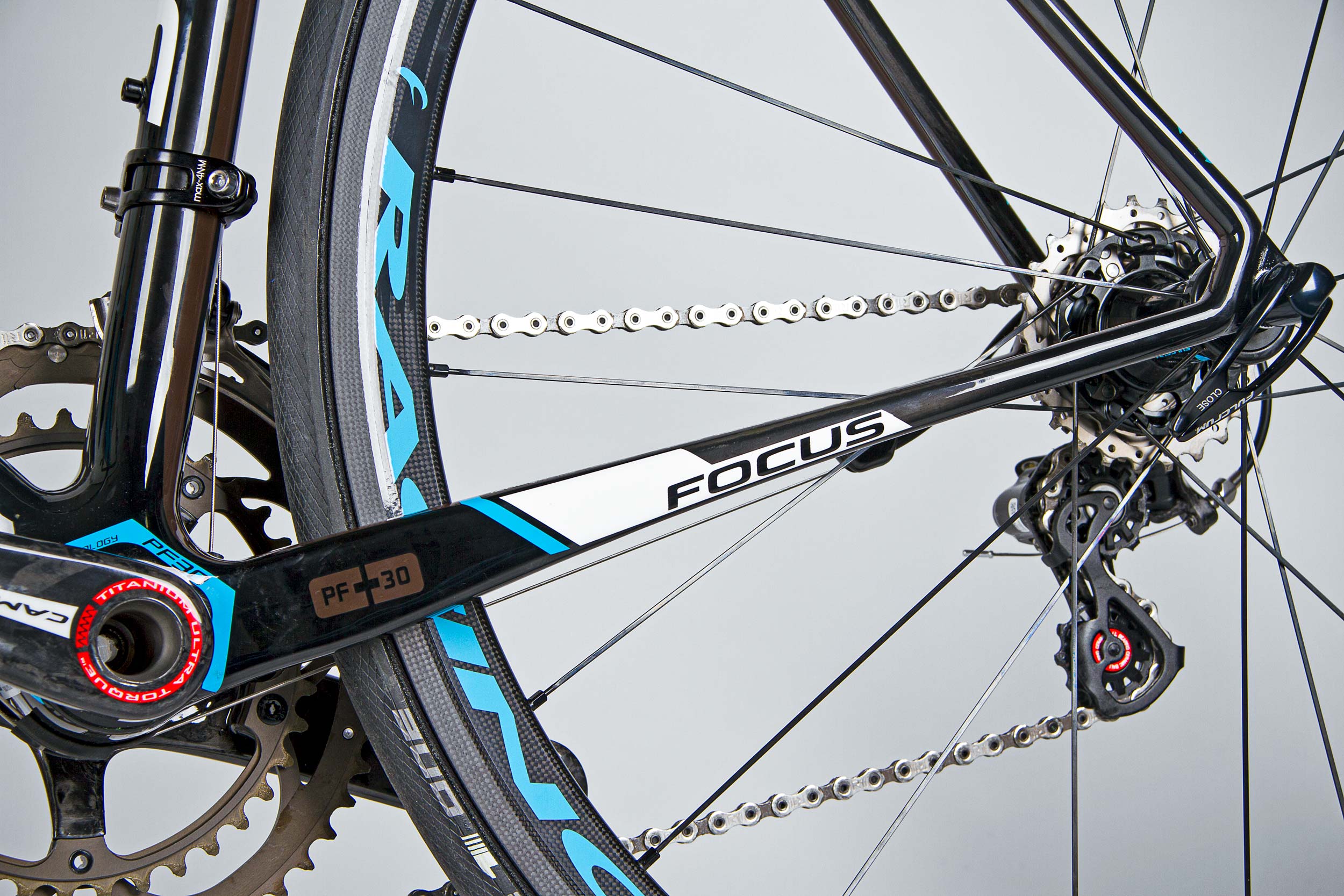 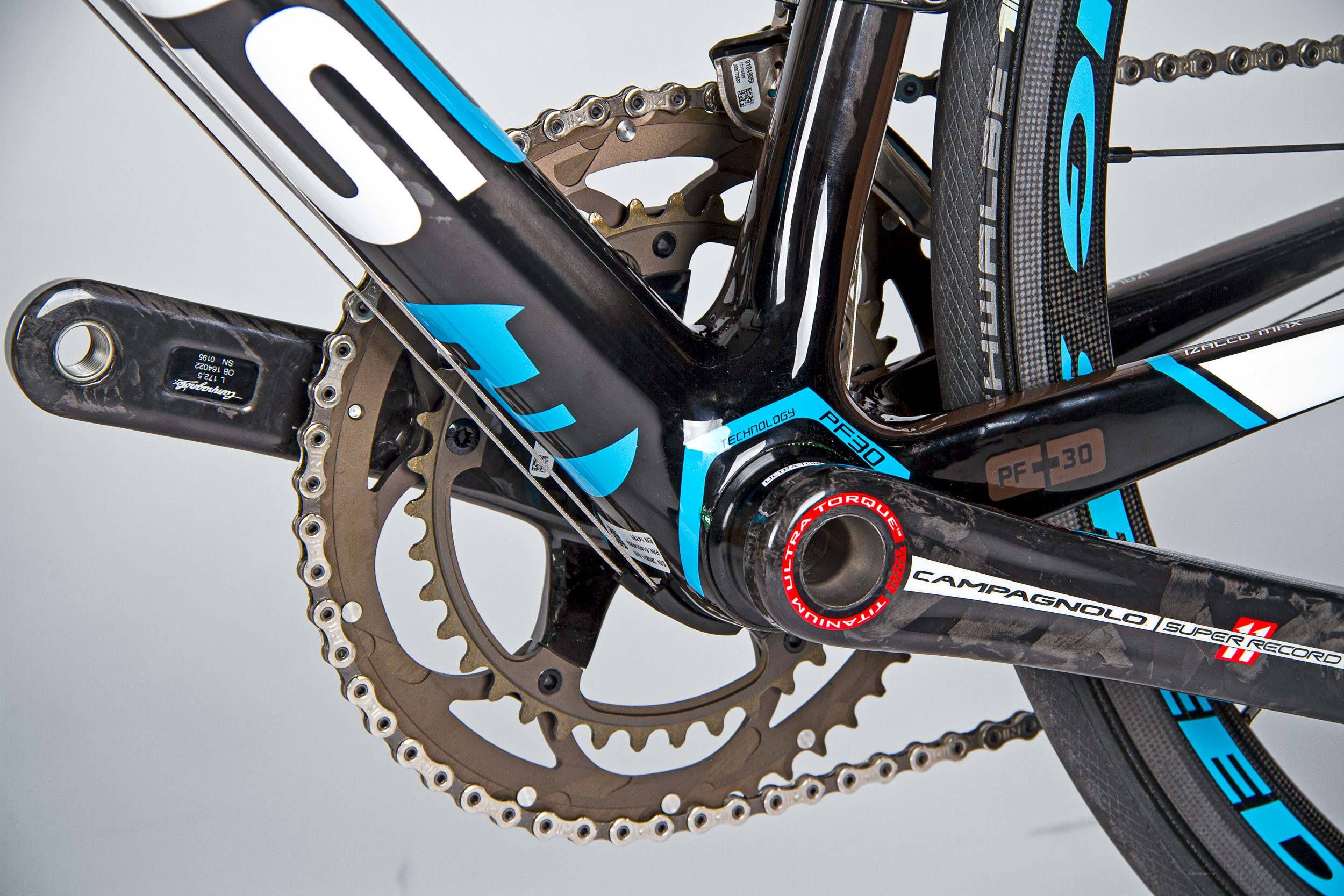 The levers use the long-established ‘Ergopower lever arrangement, which will take Shimano fans a little bit of retraining to get comfortable with. After a few rides it becomes second nature to go to a bigger sprocket (or chainring) with a push of the paddle, and to a smaller number of teeth using the thumb buttons. It’s slick, it’s quick, and it’s a reminder that there’s always more than one way of achieving something.

The lever hoods are possibly the most comfortable I’ve ever laid hands on. Rather than being a plain rubber coating around the lever body for you to grip, they are ergonomically shaped so as to offer variable amounts of cushioning and feel as if somebody has sat and looked at the human hand, looked at the hood and asked: how do we make this thing work better? The result is a comfy place to grab hold of for hours on end where your palms feel as if they are in a natural place made to fit you. 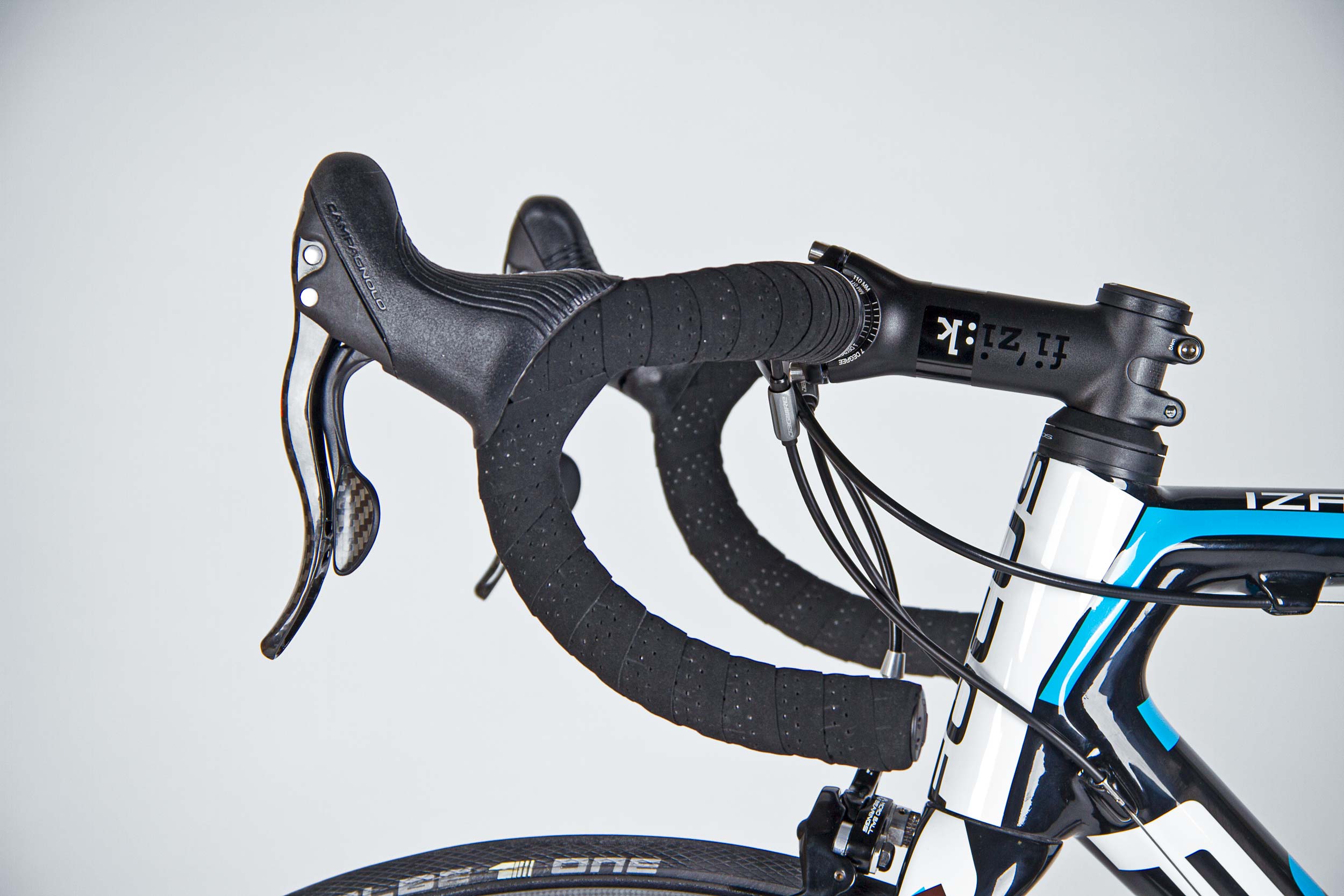 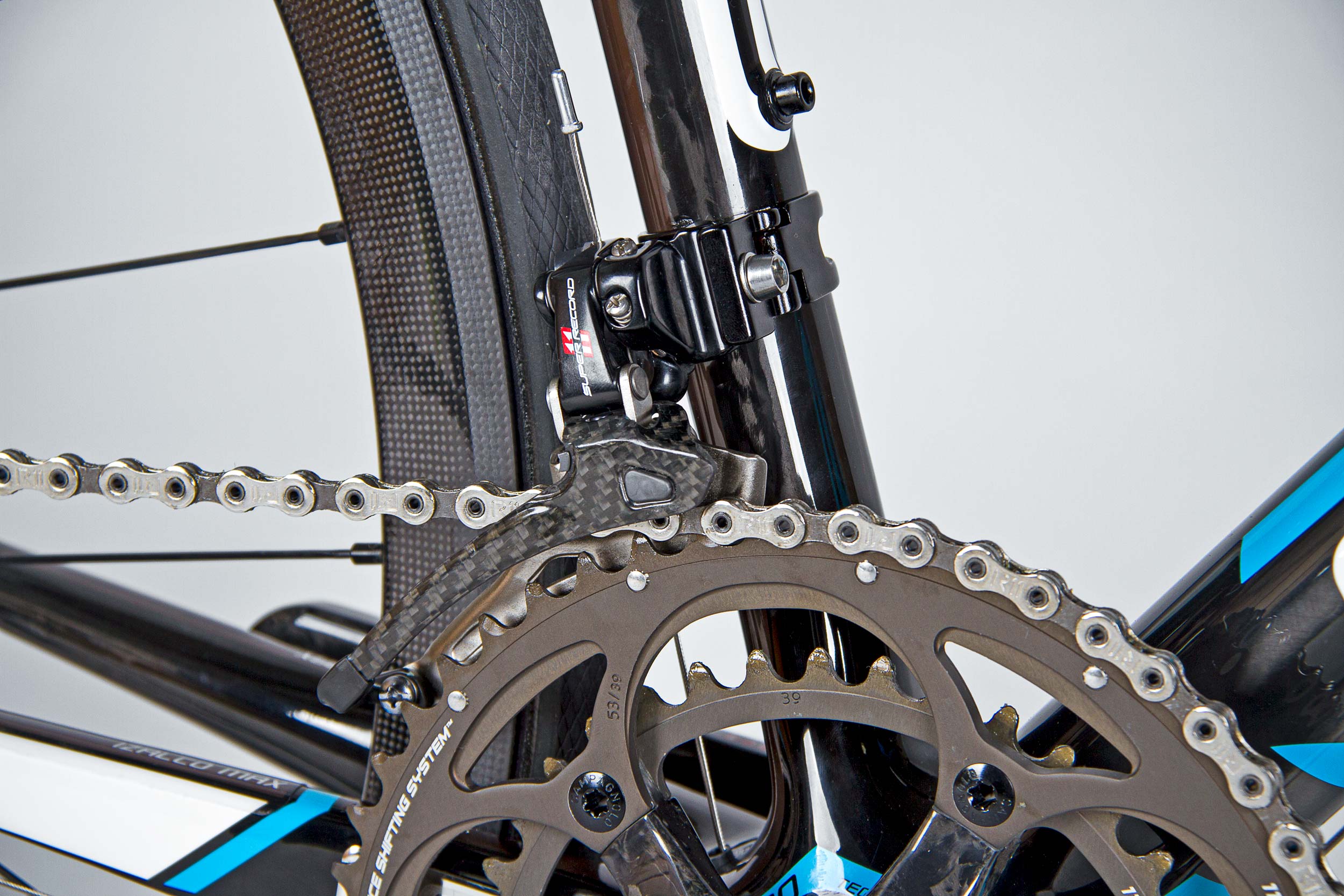 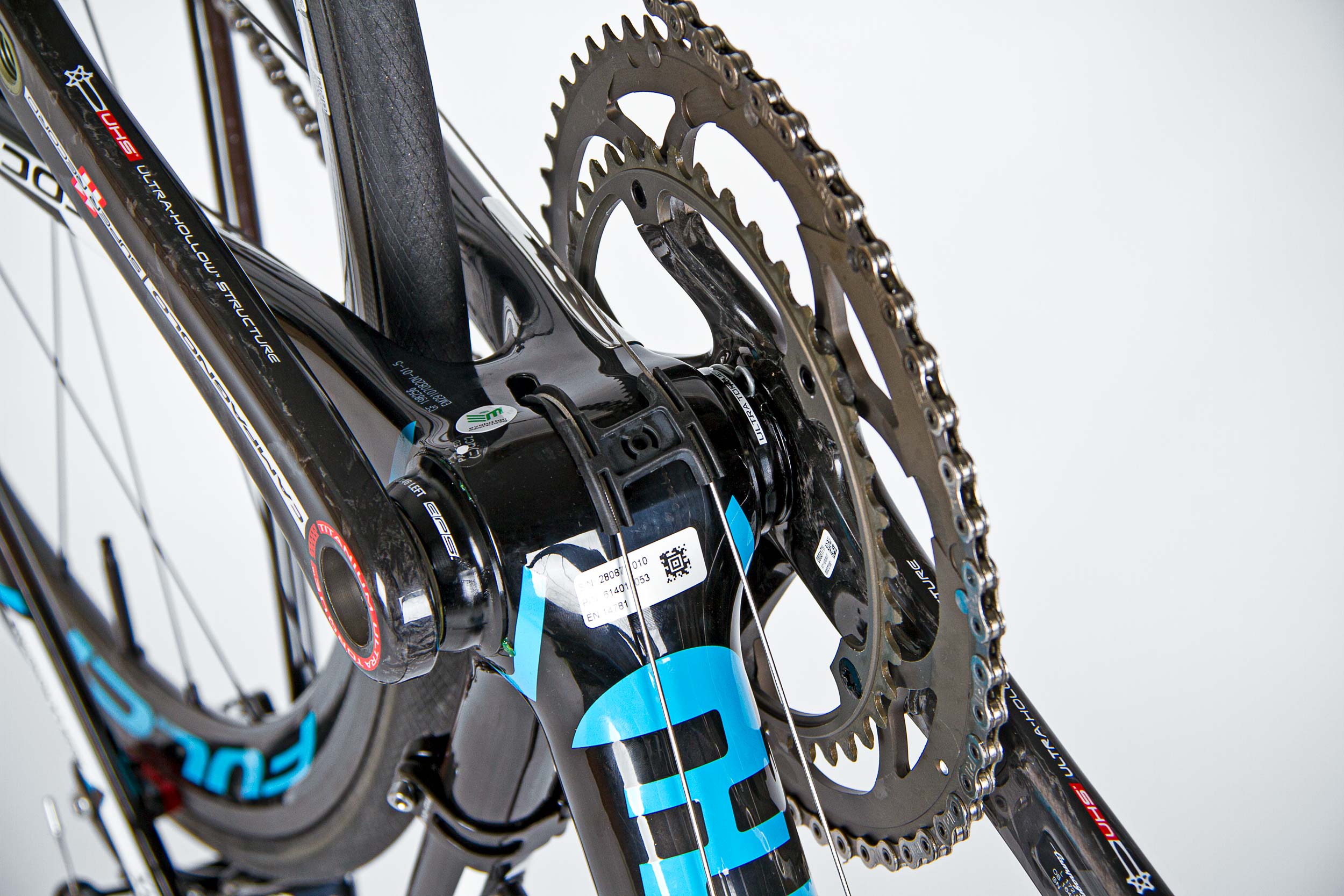 The great thing about external shift cable routing? It works beautifully. It’s not as fashionable a choice as internal cable routing, but AG2R mechanics demanded it for the ease of set-up and servicing it provides. Can we say ‘function is the new black’? Yep. We did.

Should you be sticking your nose into the wind, then you’ll want to get lower. The Fizik Cyrano R1 bars will help you reach that goal, quite literally, as they are a nicely deep set of bars. I like to get as low as I can, and these bars helped me get down and stay down. It wasn’t an uncomfortable position at all, but they do emphasise that this bike is for racing.

Focus has got the ingredients just right for this bike: it’s a beautiful machine which will have you waking up every day with a sense of anticipation as you get ready to ride it.

And at the end of the ride – when you’ve smashed your buddies and you’re relaxing at the coffee shop – inhale deeply and you might just catch the aroma of freshly baked bread coming from somewhere. 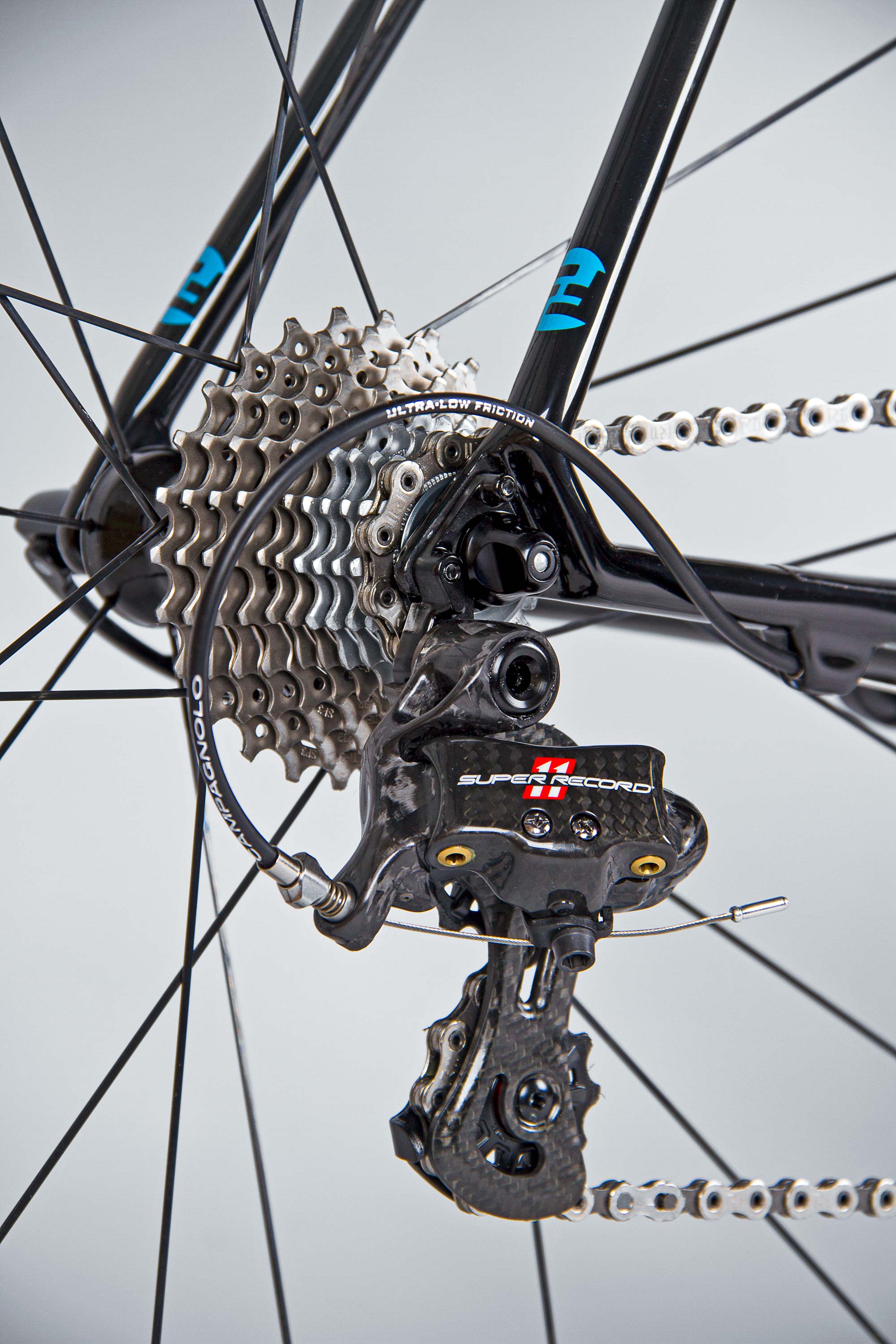 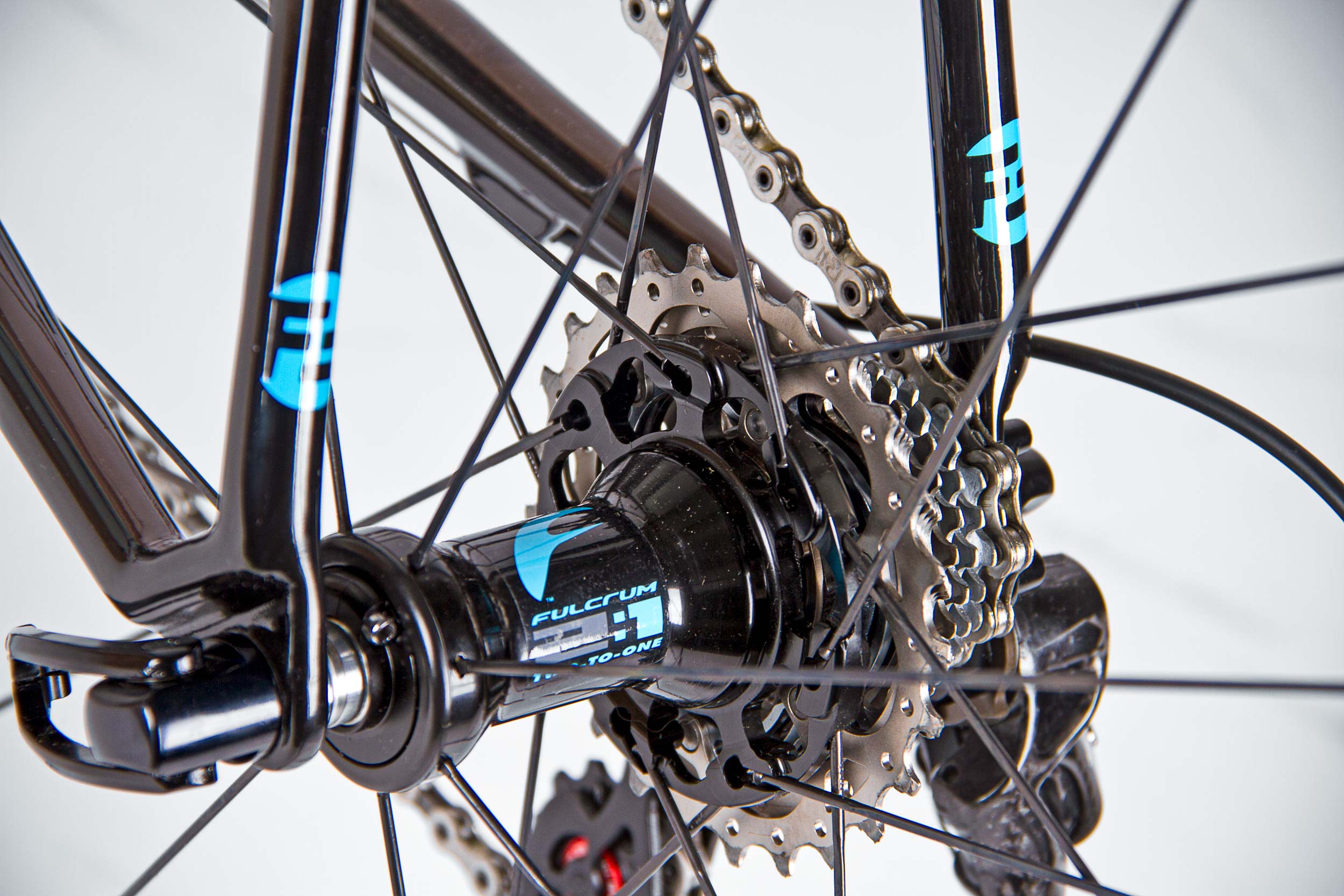 We spotted these Fulcrum Racing 35 wheels for the first time at this year’s Tour Down Under. It’s a medium-profile tubular, lighter than the 50mm version with improved braking performance over the low-profile Racing Light XLR. And the Campagnolo-made hubs are a thing of beauty.

1. There are five model variants in the Izalco Max range, featuring groupsets from Campagnolo, Shimano and SRAM, priced from $7,499 to $9,999. (Pricing was correct in September 2014.)

2. Izalco Max frames are specific to mechanical or electronic drivetrains. Both versions are the same price.

4. This model features the Super Record crankset with the titanium axle option. 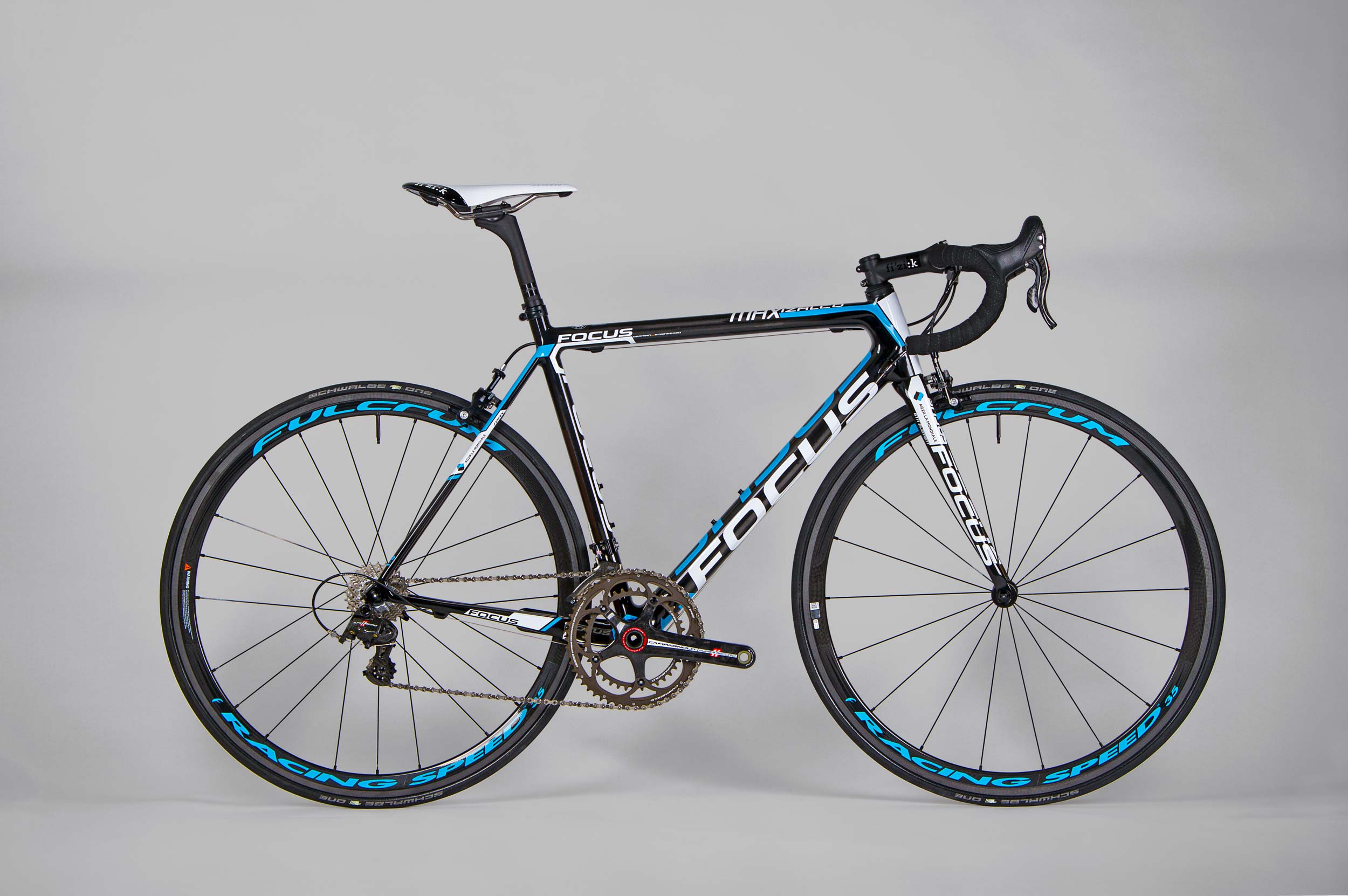