We continue our series of #BikeGallery posts, this time looking back at 2017 when Mathew Hayman was presented with a special bike from Scott for his 16th and final appearance in Paris-Roubaix… 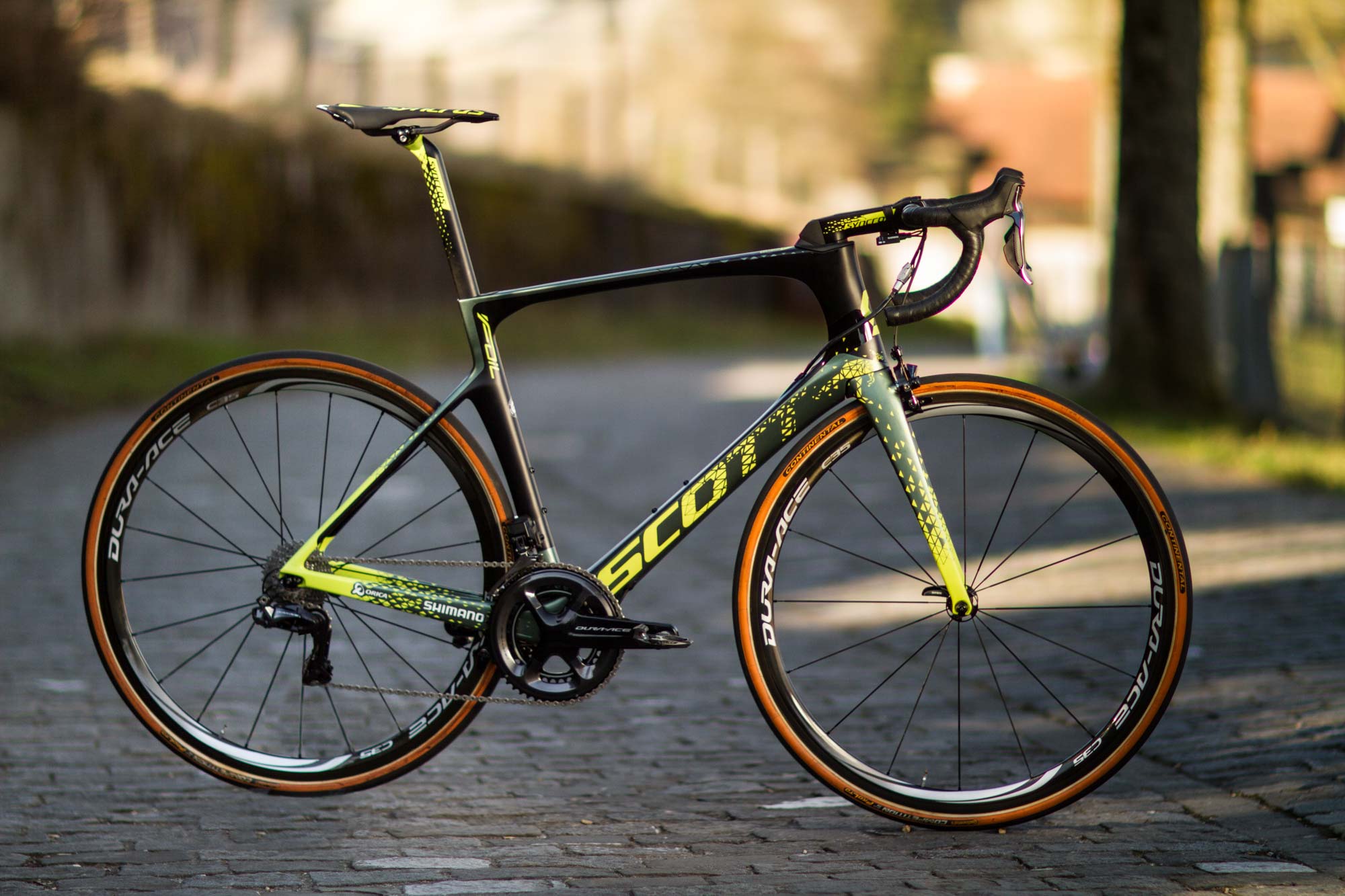 “I made the breakaway and it was a very fast day. So, I had the aerodynamics of the Foil and I had the Foil on the velodrome at the end… all the goodness of a fast, stiff bike.”

Mathew Hayman’s triumph in Paris-Roubaix in 2016 came in his 15th attempt at the Classic.

The story of his win is well known and one that has been celebrated by marketers in the cycling industry ever since, mainly because of his unique preparation – done entirely on the home trainer because of an injury sustained five weeks before his favourite race of the season. 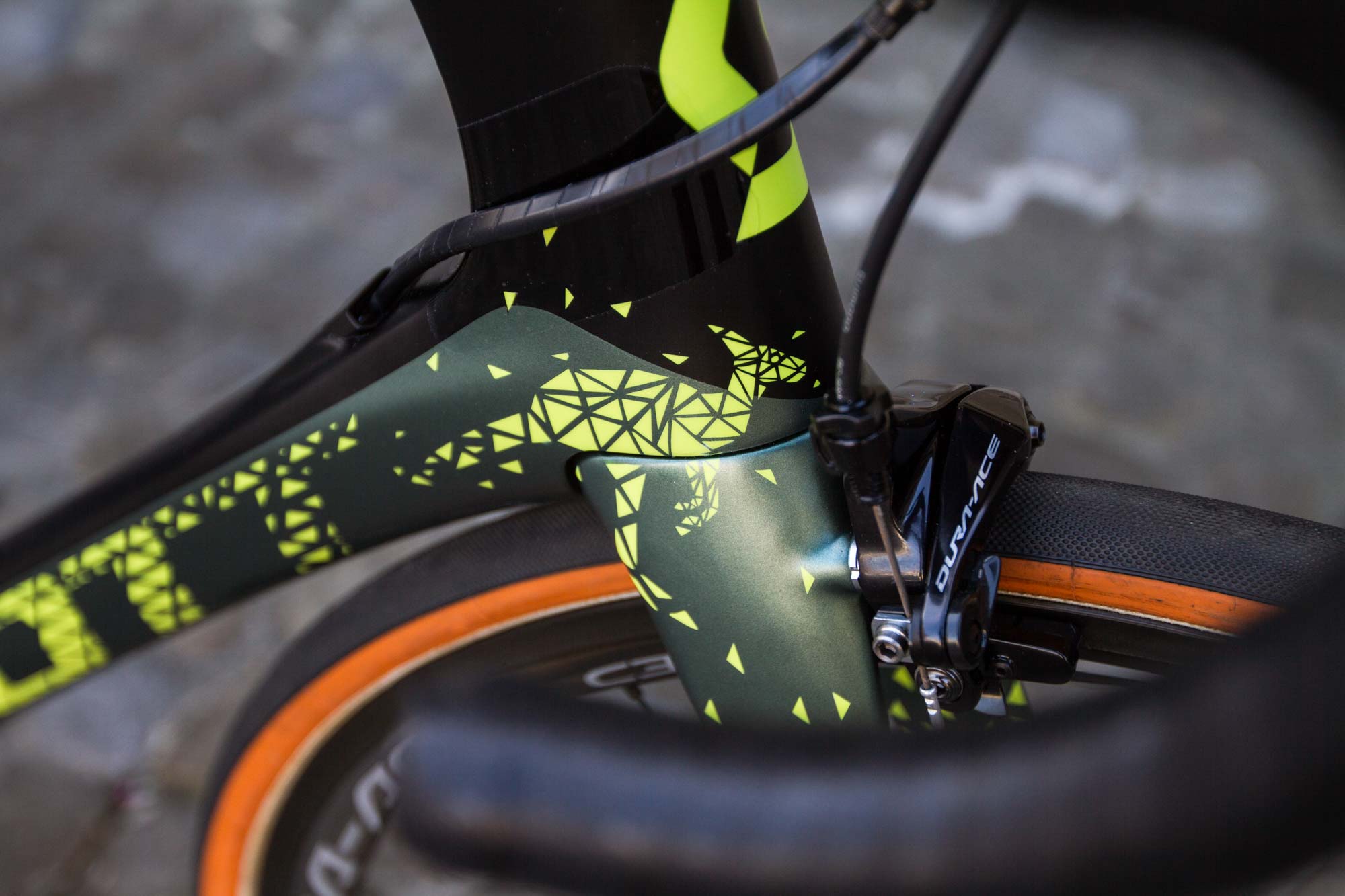 In its formative years, Zwift earned a coincidental promotion that continues to be referenced when talking about the benefits of the online training platform.

Scott Bikes is another brand that benefitted from Hayman’s famous victory. The company’s vice-president, Pascal Ducrot, got tears in his eyes when the 37-year-old Aussie crossed the finish line ahead of Tom Boonen and Ian Stannard on 10 April 2016. 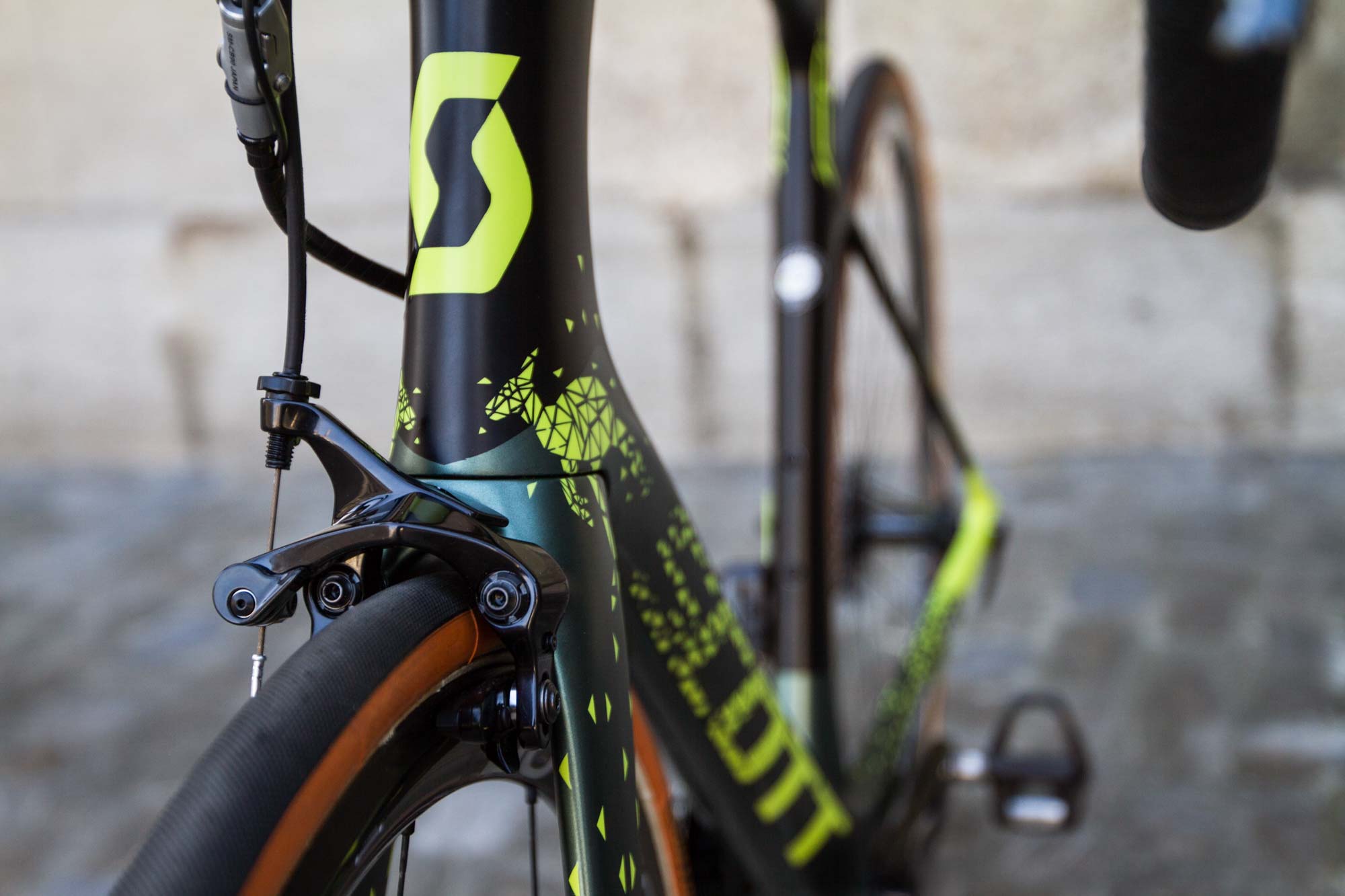 “I will never forget when I watched the race in front of the television at home and started crying,” said Ducrot about Hayman’s victory.

“It was just such a unique race, with a well-deserved winner and therefore I am more than happy to thank him with this special bike.” 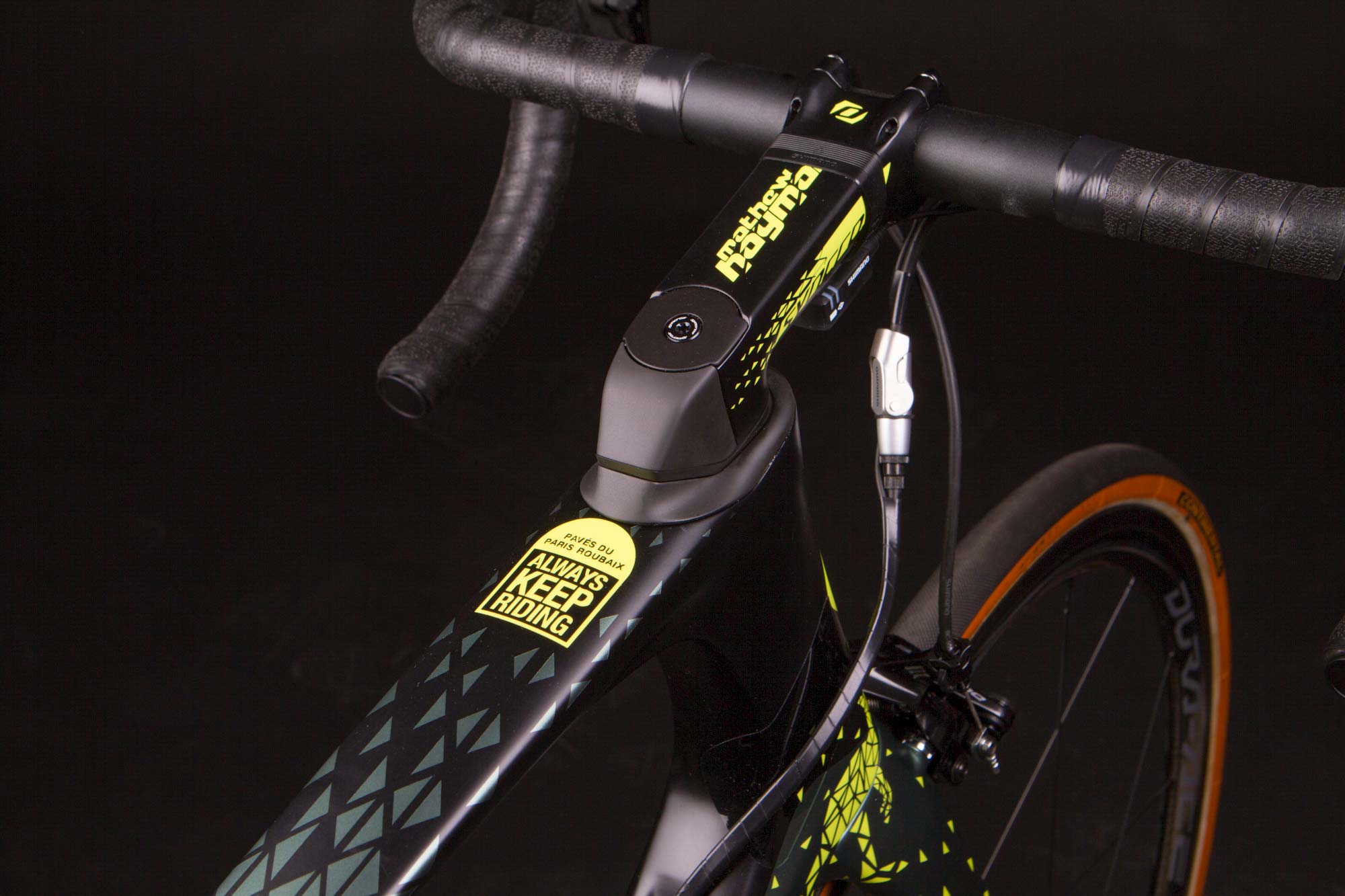 The bike he talks about features some unique graphics and, of course, the obligatory decal with a motivational message on the top tube: ‘Always keep riding.’

It was Hayman’s mantra when it came to racing Paris-Roubaix. And it served him well. Perseverance, in his case, certainly did pay off. 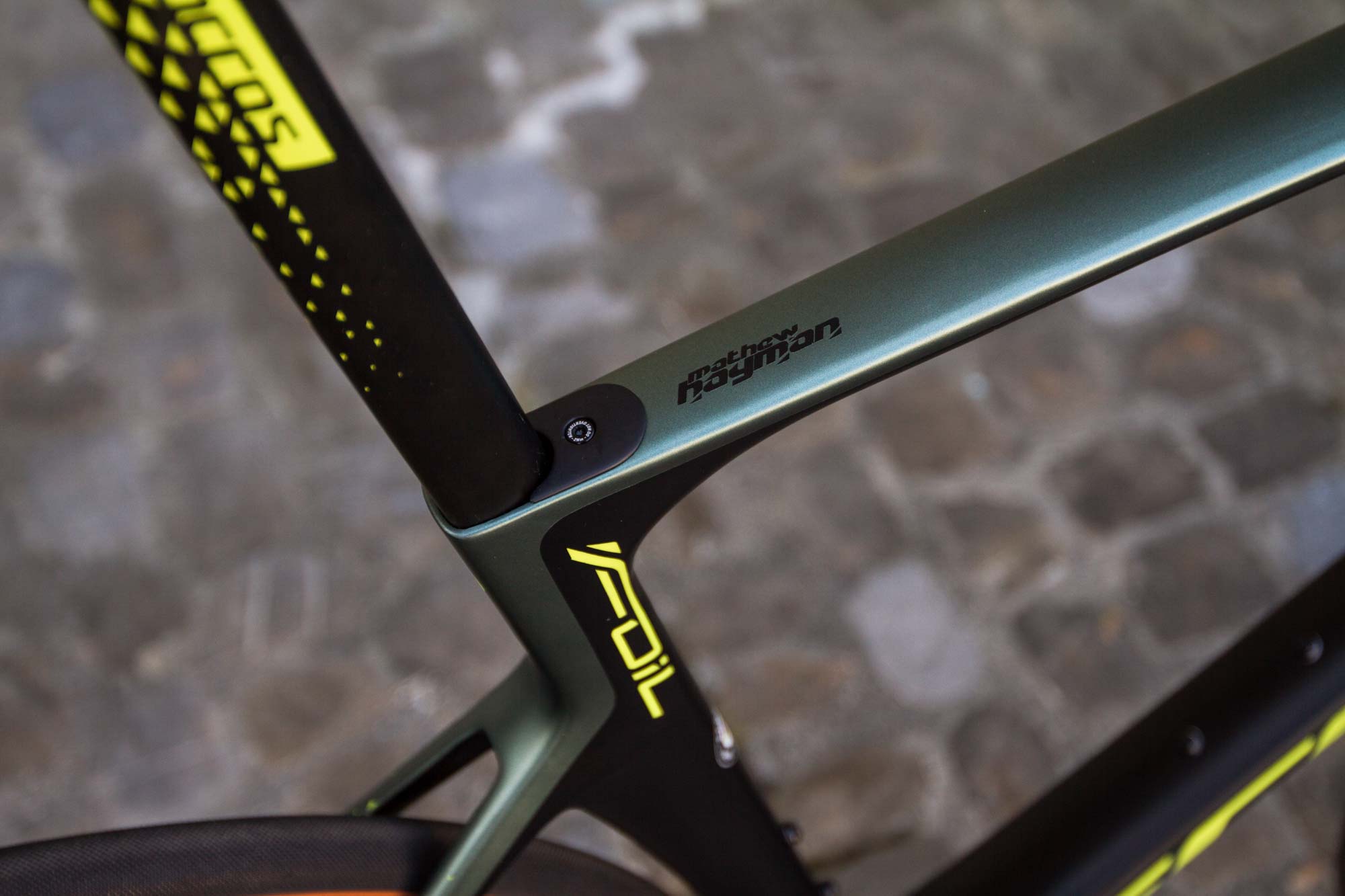 “To come back [in 2017] with a special bike [which has] some nice features and personal touches, is special to me,” says Hayman in a YouTube clip about the bike you see before you.

“If there are some rough times, I can look down at the top tube – and just always keep riding.” 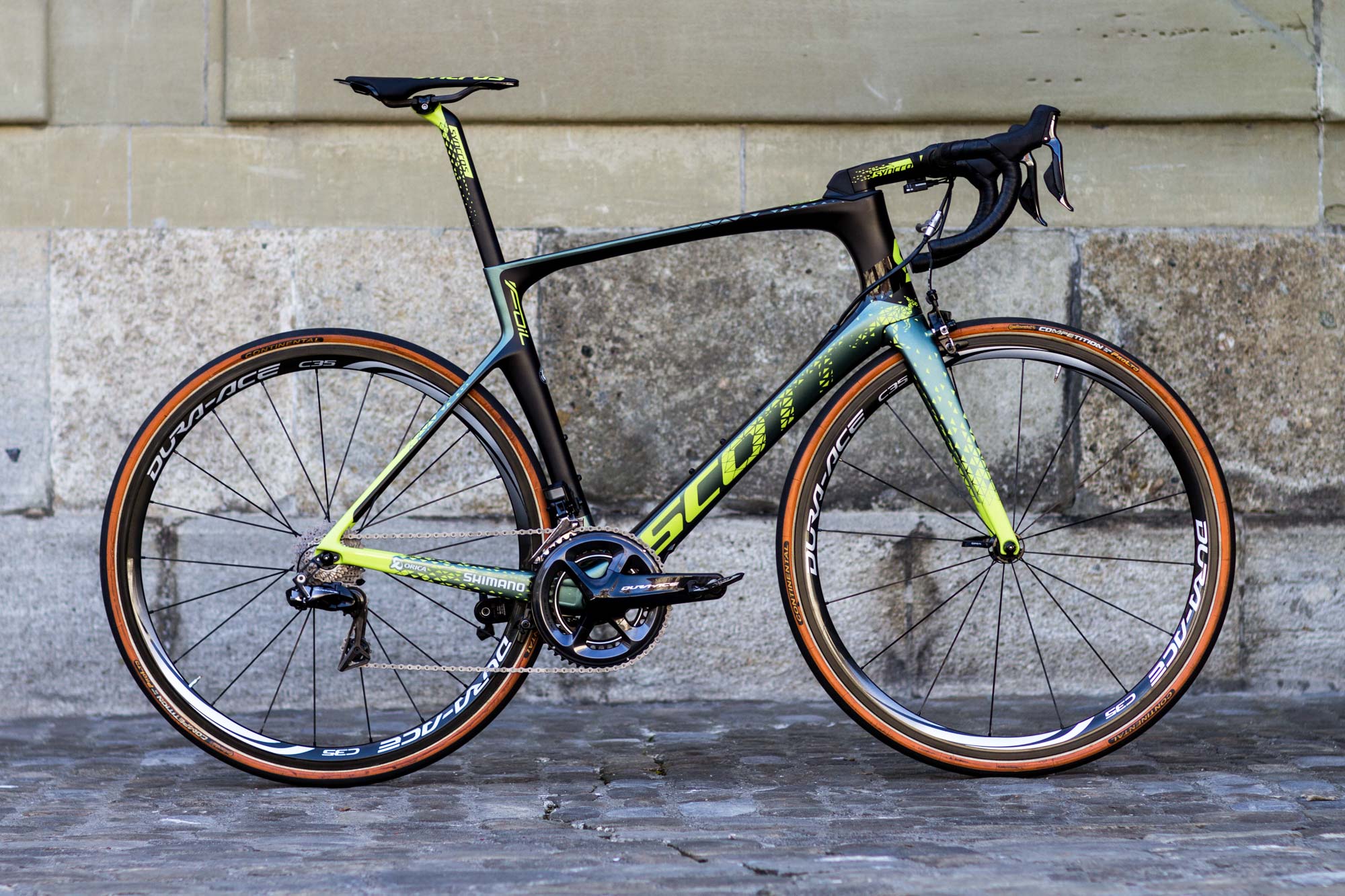