At the end of a celebrated career Cadel Evans was presented with a unique BMC TeamMachine. RIDE Media is publishing images as part of a #RandomBikeGallery series on Instagram and this bike was featured recently. 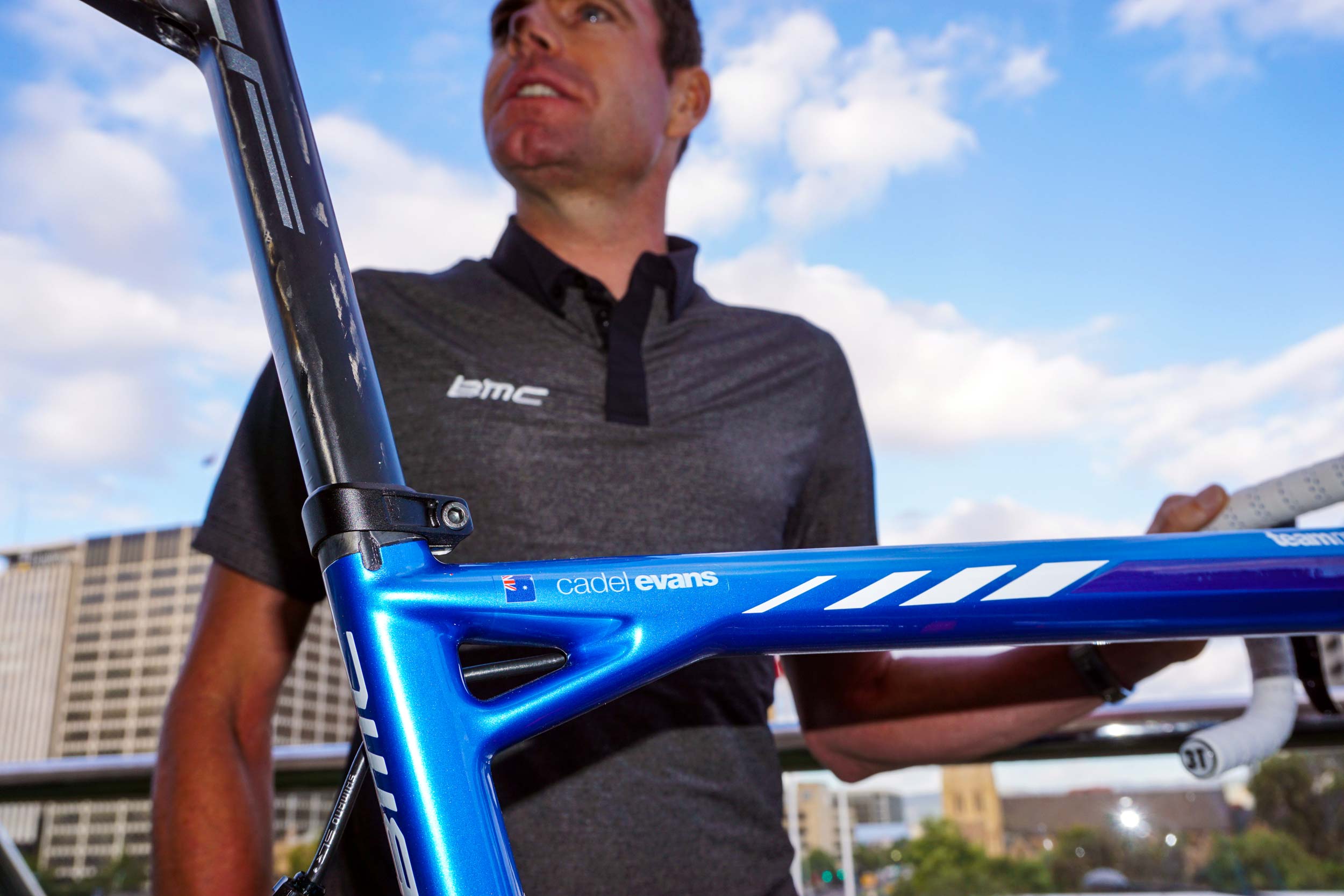 On the evening of the final Saturday of the 2015 Tour Down Under, there was a small media call. Four journalists were invited to one of the last press conferences with Cadel Evans, pro cyclist. He talked about a wide range of topics and he didn’t stop until no more questions were forthcoming.

He had just two race days left in a career that spanned over 20 years. Finally, the time had come for him to hang up the bike, as they say.

It was typical Cadel. He had nothing left to prove; no need to win the Old Willunga Hill stage of that year’s TDU, and he could easily have just soaked up the atmosphere at his farewell race – the one named after the rider himself, the Cadel Evans Great Ocean Road Race.

By then he had already done enough to confirm his status as one of the world’s best bike riders. But he was still highly strung, almost anxious even. Ahead lay The Great Unknown.

Back in January 2015, after so many years as a pro cyclist, Evans was preparing to go through a dramatic career change. In February that year, he stopped racing. Before he did, the company that sponsored the team he loved most during his competitive days, BMC Racing, presented him with a special TeamMachine bike. 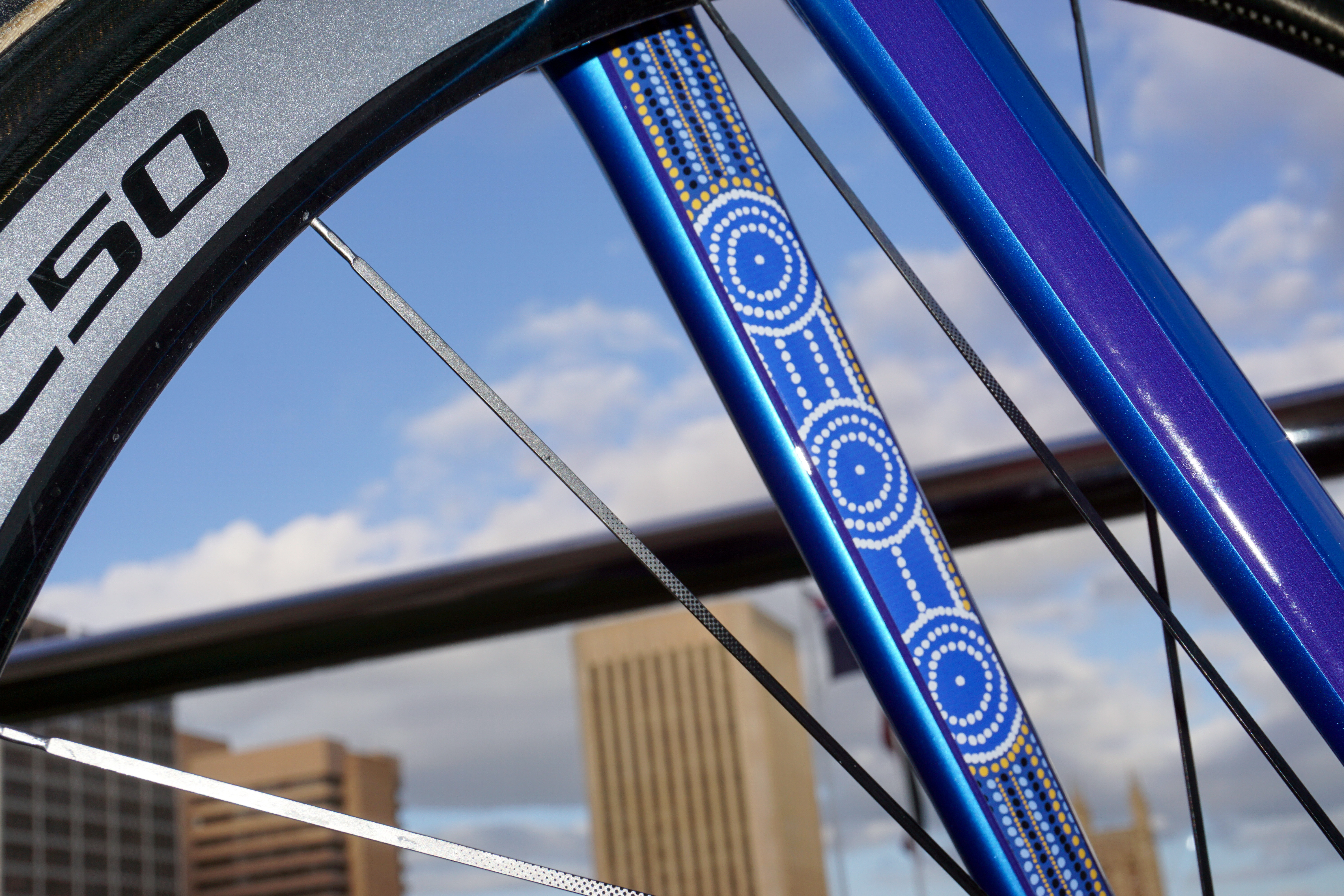 The team – and company – owner, Andy Rihs, offered his explanation about the blue frame which featured aboriginal art on the inside of the forks and chainstays, as well as the world champion stripes and a band of yellow on the seat tube, as a reminder of two of his many conquests.

“We thought that a gift in the form of a bike, in the colours of his race, would lift his spirits as he transitions from professional cyclist to the next phase of his life,” said Rihs. 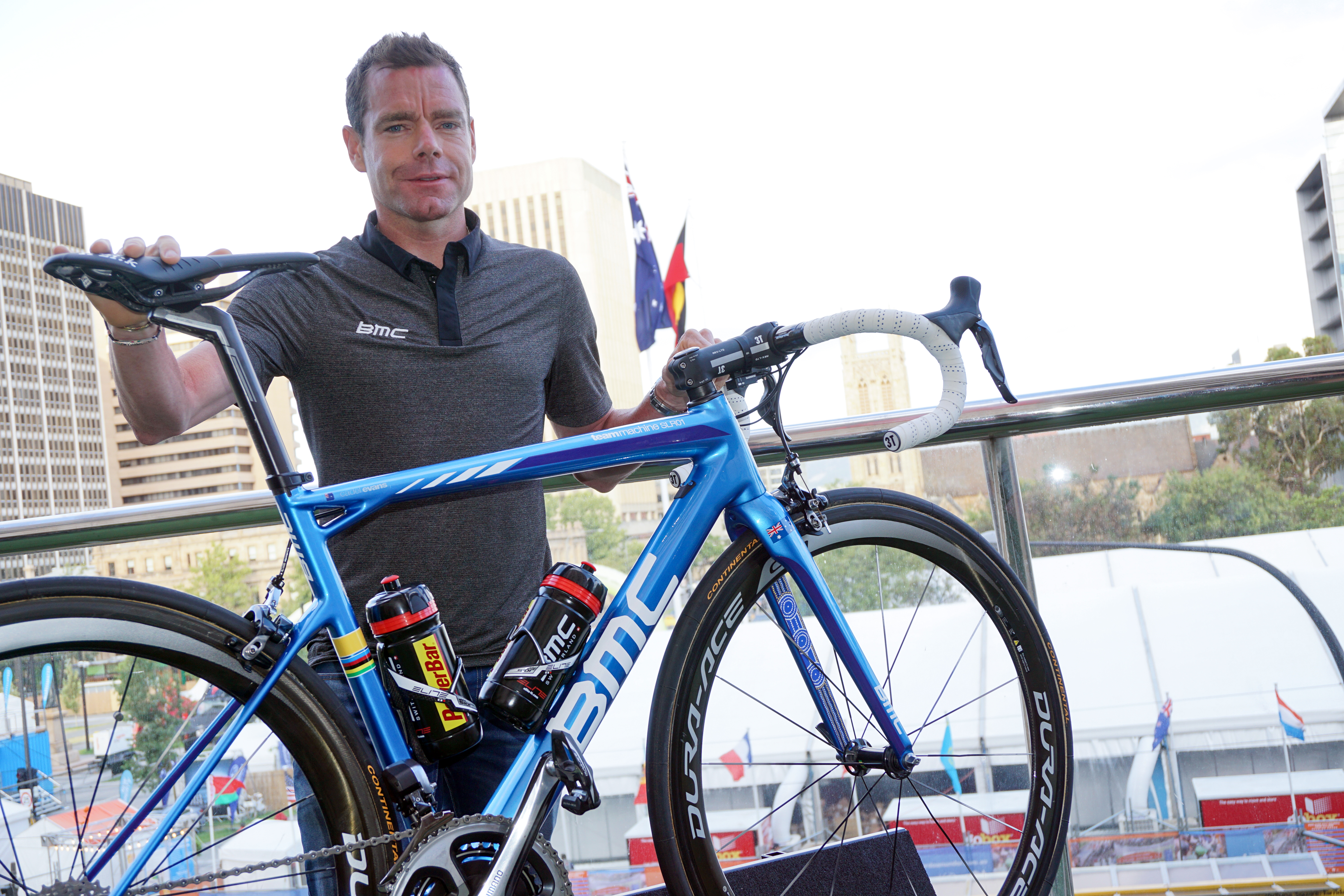 Cadel would race the blue bike just once: 1 February 2015. He would finish fifth. And then it was over. He was no longer a pro cyclist. 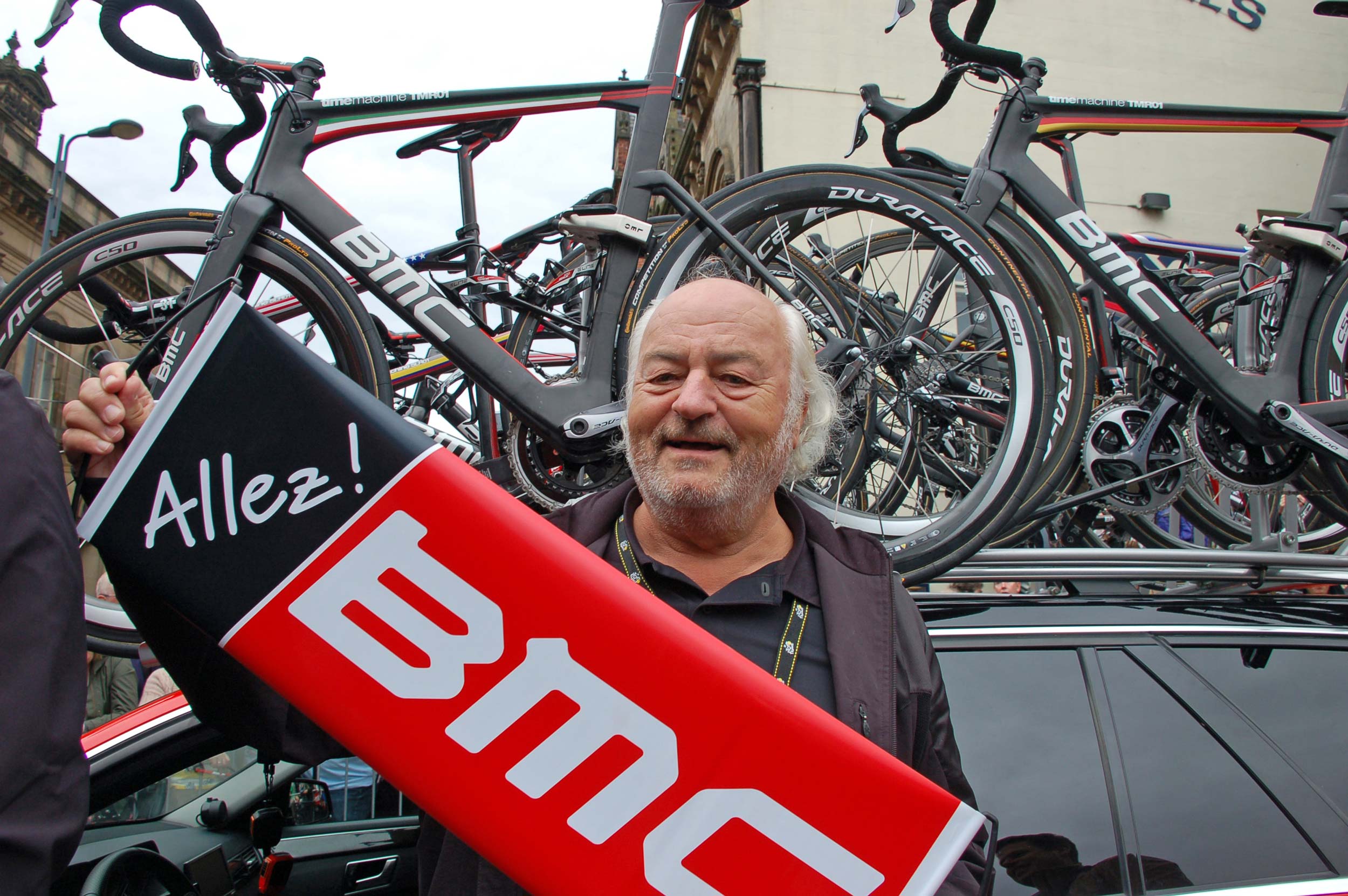 Andy Rihs in Yorkshire, on the first day of the Tour de France in 2014. (Photo: Rob Arnold)

Of course we know the stories of his achievements and understand that he remains closely linked with the cycling world five years afterwards. And his association with the BMC brand remains strong to this day.

Andy Rihs – bless him for his good humour, his support of bike riders like Cadel, and for all he did for cycling – has since left us in April 2018 but his legacy is a strong one.

There is no longer a BMC Racing team but the bikes continue to be raced in the WorldTour peloton; in 2020, it’s NTT Pro Cycling that is supplied by the Swiss company and the TeamMachine remains… albeit with some significant modifications when compared with the bike Cadel last raced. 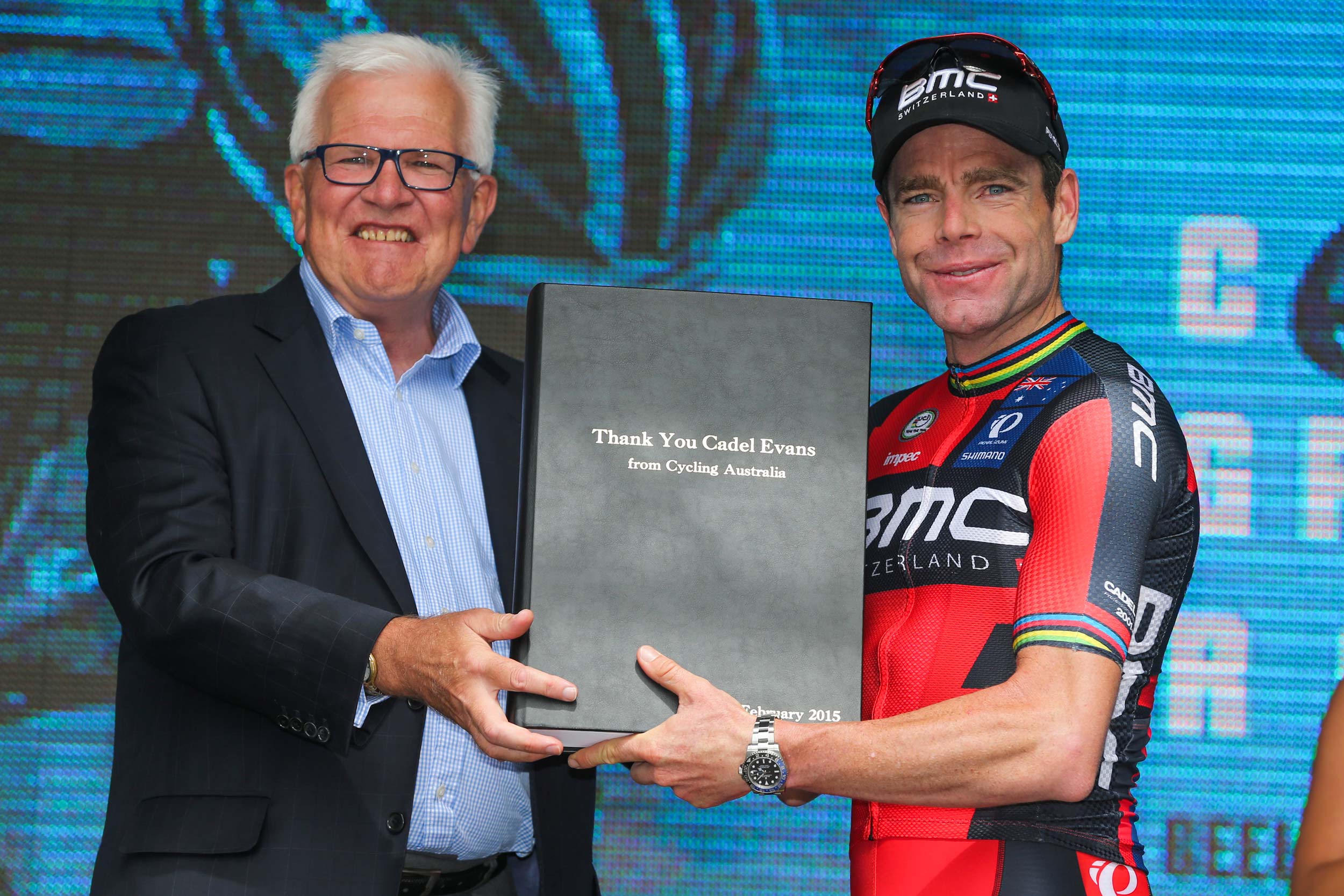 Malcolm Speed, Cycling Australia’s chairman in 2015, on the podium in Geelong with Cadel Evans on the last day of the cyclist’s pro career. (Photo: Mark Gunter)

The #RandomBikeGallery series has provided a catalyst to look back through the archives and, in so doing, stumble on images taken over the 22 years RIDE Media has been telling stories about cycling and bikes.

The blue bike raced by Cadel is just one of thousands that have featured on pages of RIDE Media magazines and posts on the site. It is surprisingly similar to the TeamMachine that he raced to victory in the Tour de France of 2011 and boasts many features that have been written about in reviews over the years.

There is a lot of tech in modern cycling but a highlight of these random galleries isn’t so much what makes the bikes function, rather it is the memories these photos conjure and, occasionally, the stories that emerge from a glance at what are inanimate objects… until a person gets on and makes them move. 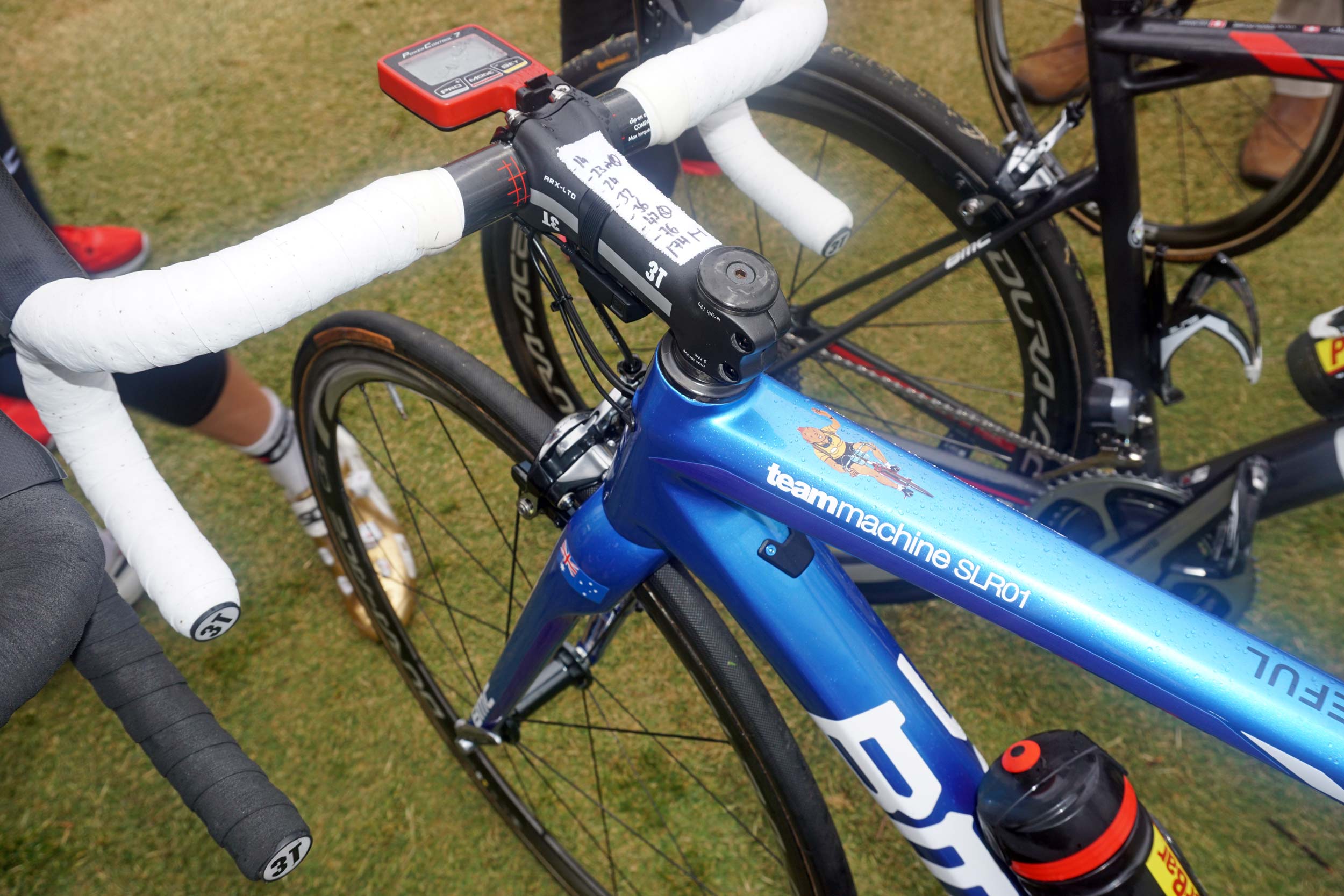 The bike is a beautiful thing. And I hope you agree that it is interesting to look back over the years and remind ourselves of the evolution of design, the influence of technology, the creativity applied by so many brands to make their products that little bit more noticeable, and the conquests achieved.

If you have any suggestions (or perhaps some contributions) for the #RandomBikeGallery series, be sure to leave a message on the social media posts… and we will keep on posting pictures and telling stories about bikes. 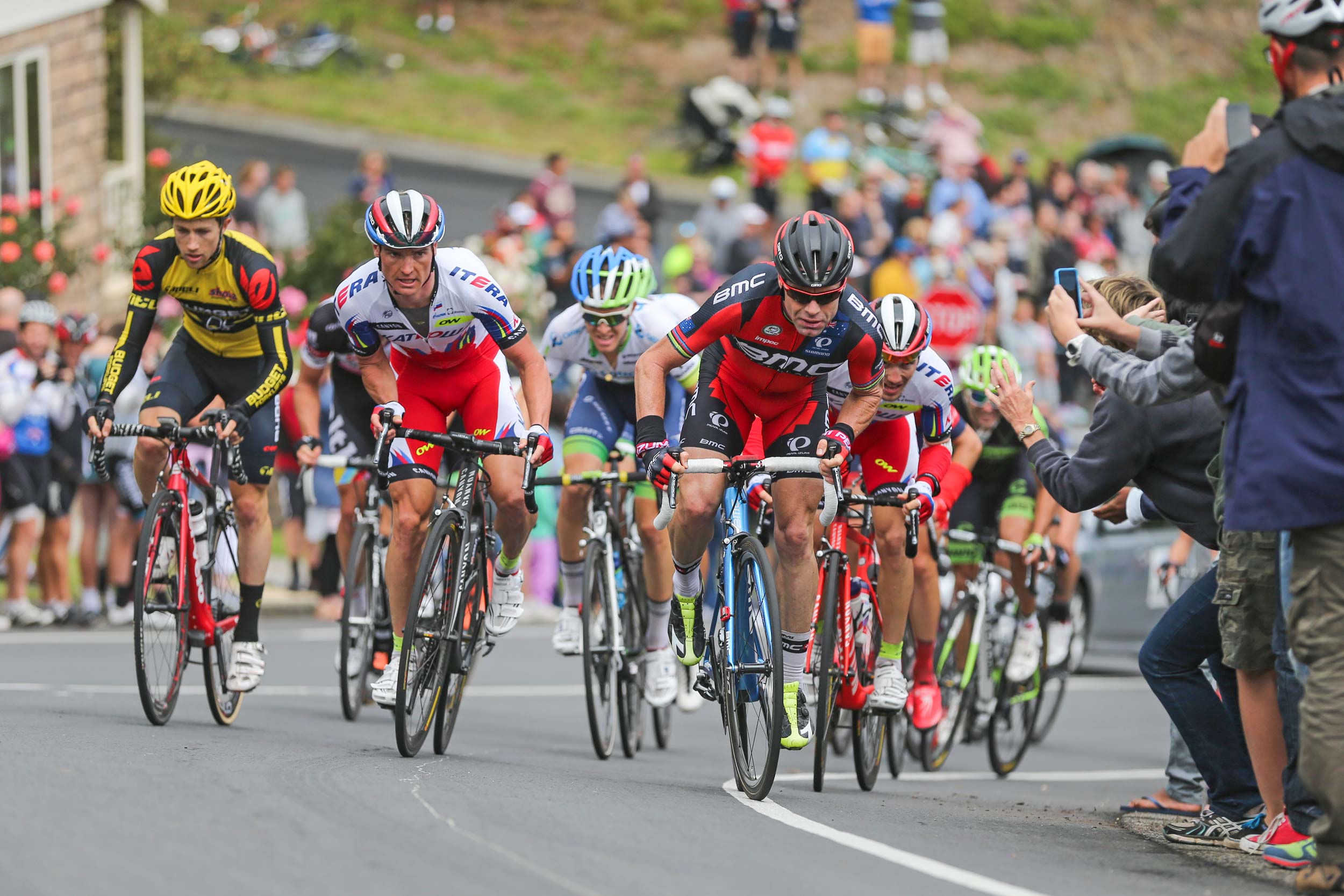 Competitive spirit all the way to through his career… Cadel Evans, on the attack in his final race. (Photo: Mark Gunter)