Colnago is a celebrated name in cycling. It has a long history with pro racing and, in 2020, it is receiving plenty of exposure thanks to the exploits of Tadej Pogacar. Here is a look at a sequence of four UAE Team Bikes since the partnership with the bike brand began in 2017…

After nine days of racing in the 2020 Tour de France, two bike brands can boast multiple stage wins: Bianchi courtesy of Primoz Roglic and Wout van Aert, and Colnago thanks to Alexander Kristoff and Tadej Pogacar.

The 21-year-old Slovenian, making his Tour debut in 2020, lost time on GC because of a mechanical incident a few days ago but he bounced back with a couple of strong attacks in stages eight and nine to keep himself in contention for the yellow jersey.

Pogacar is the youngest Tour stage winner this century and he remains one of the true favourites for the title of the 107th edition.

We take a moment to look at the evolution of UAE Team Emirates bikes from when Colnago partnership began in 2017. 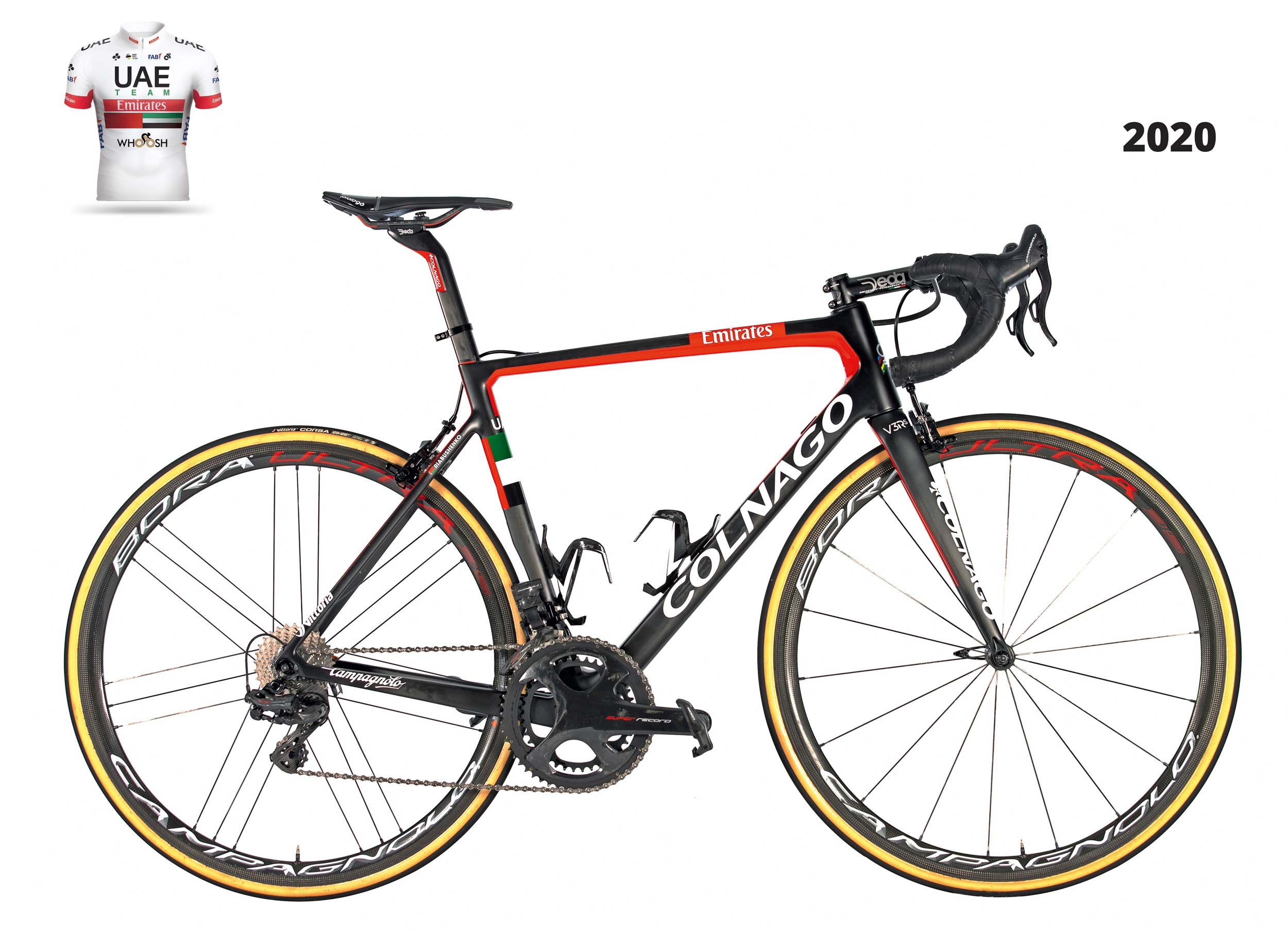 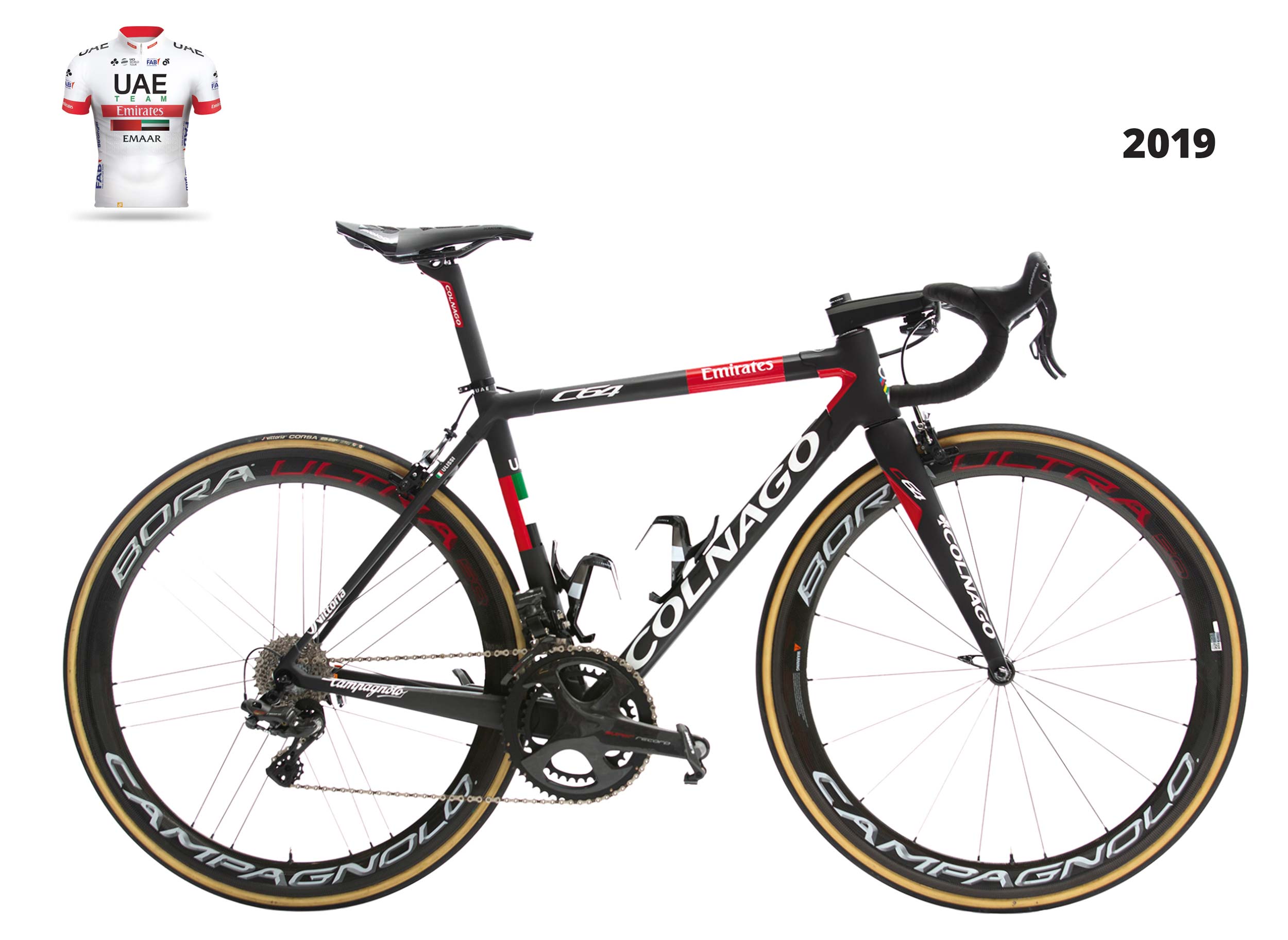 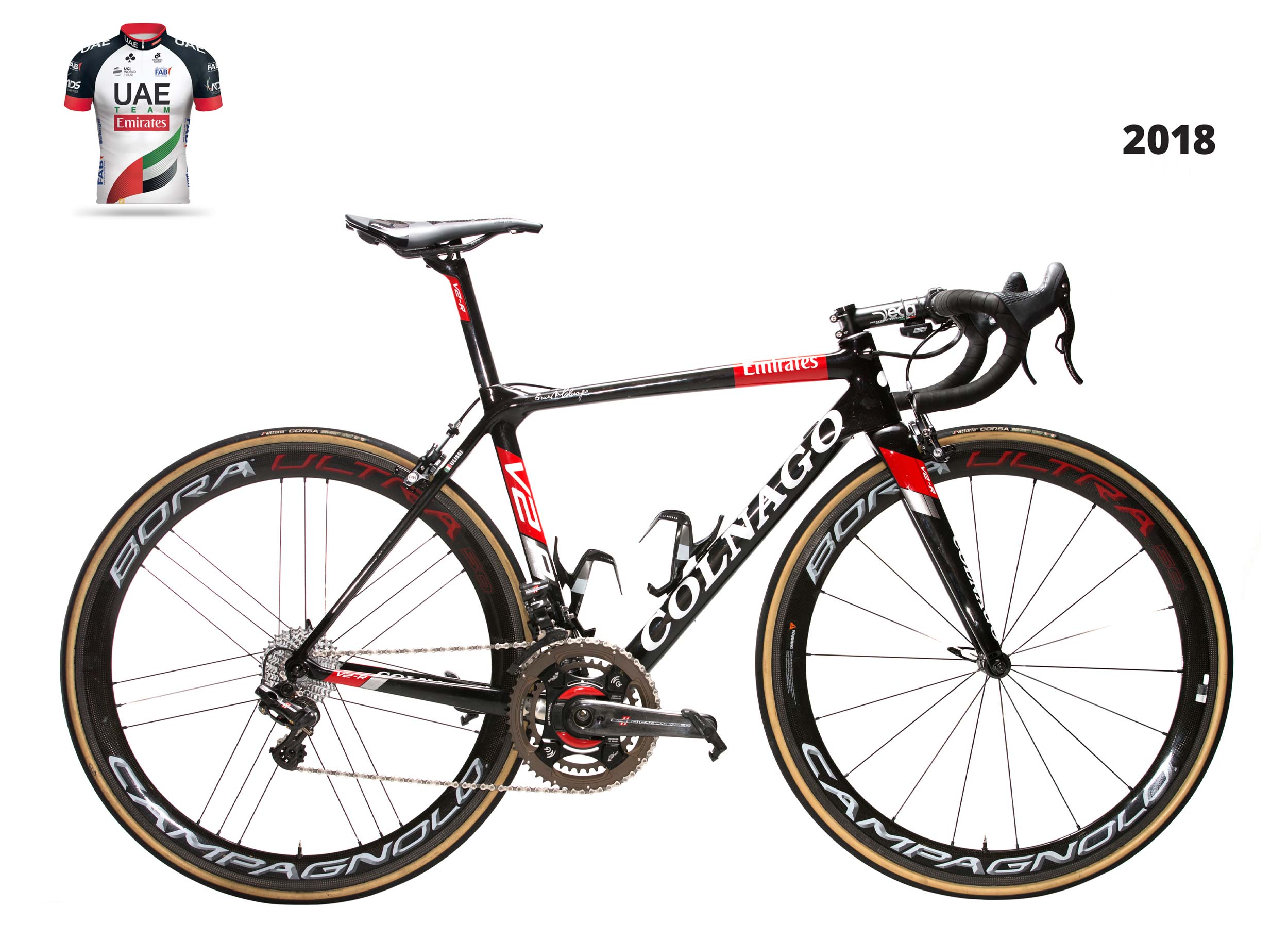 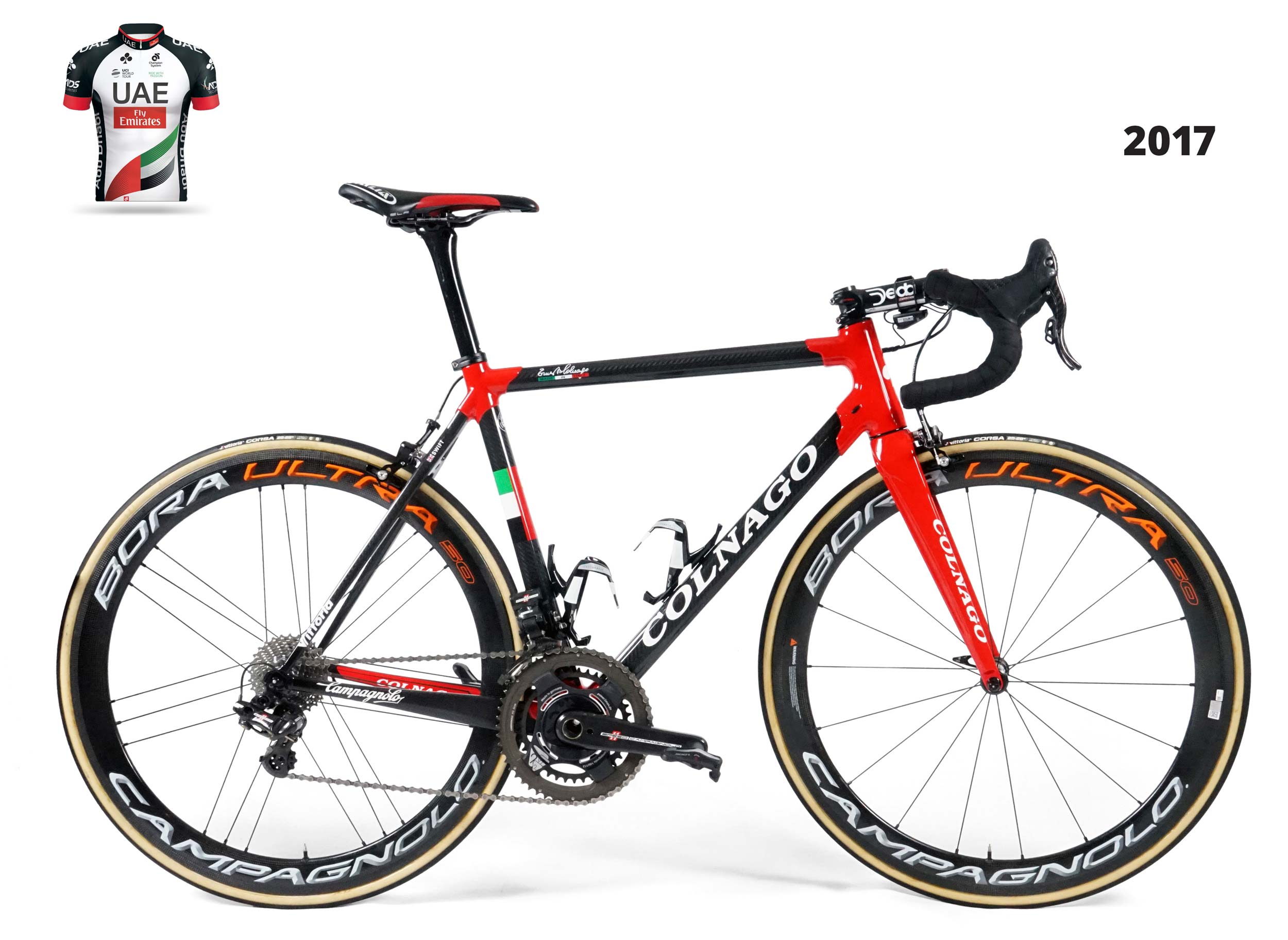