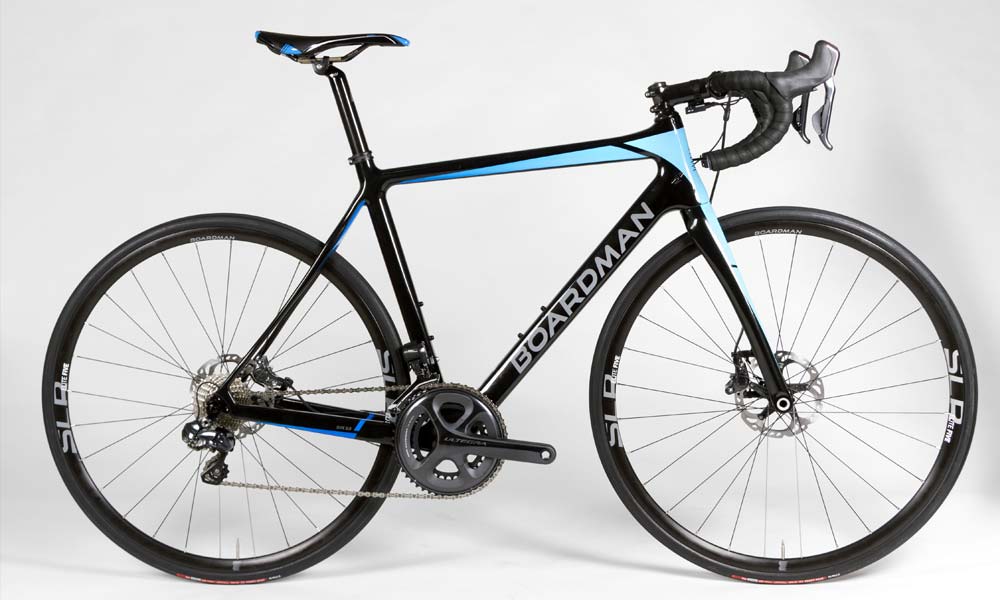 Boardman is a famous name in cycling. In the racing realm it is synonymous with performance because of its namesake’s achievements as a rider. But Chris is also known as an innovator. See our full review of the Boardman Endurance bike with disc brakes…

Meet Steve. He’s in his early 50s, he used to race bikes back in the day, and he had the occasional win here and there. He was a staunch supporter of his cycling club and he used to go on day-long epic rides with his mates and get home just as the light was beginning to fade. Then life began to get in the way. Work, family, work, more family, then more work, separating Steve from his beloved bike and his two-wheeled lifestyle. He even thought about selling his bikes at one point, but his wife urged him not to. Then one day, at the airport, he picked up a cycling magazine… And in it he saw images of a new breed of racers. Of a new generation of technology.

And he wanted to get back into cycling. He saw an ad for Boardman bikes. He knew the name – who could forget the iconic images of Chris Boardman on his Lotus superbike raging around the Barcelona velodrome on his way to the 1992 individual pursuit gold medal, or that succession of Tour de France prologues in which Boardman stormed to victory and the yellow jersey? Those memories don’t fade.

This bloke, figured Steve, knew what made a bike work. And in the SLR Endurance Disc 9.4, Boardman’s expertise is apparent. The bike is aimed not at hardcore racers but at the sort of riders who revel in the experience of spending hours in the saddle with mates, riding over terrain which leaves indelible impressions etched in both the memory and the leg muscles…

– Read the full review as it appeared in the magazine – 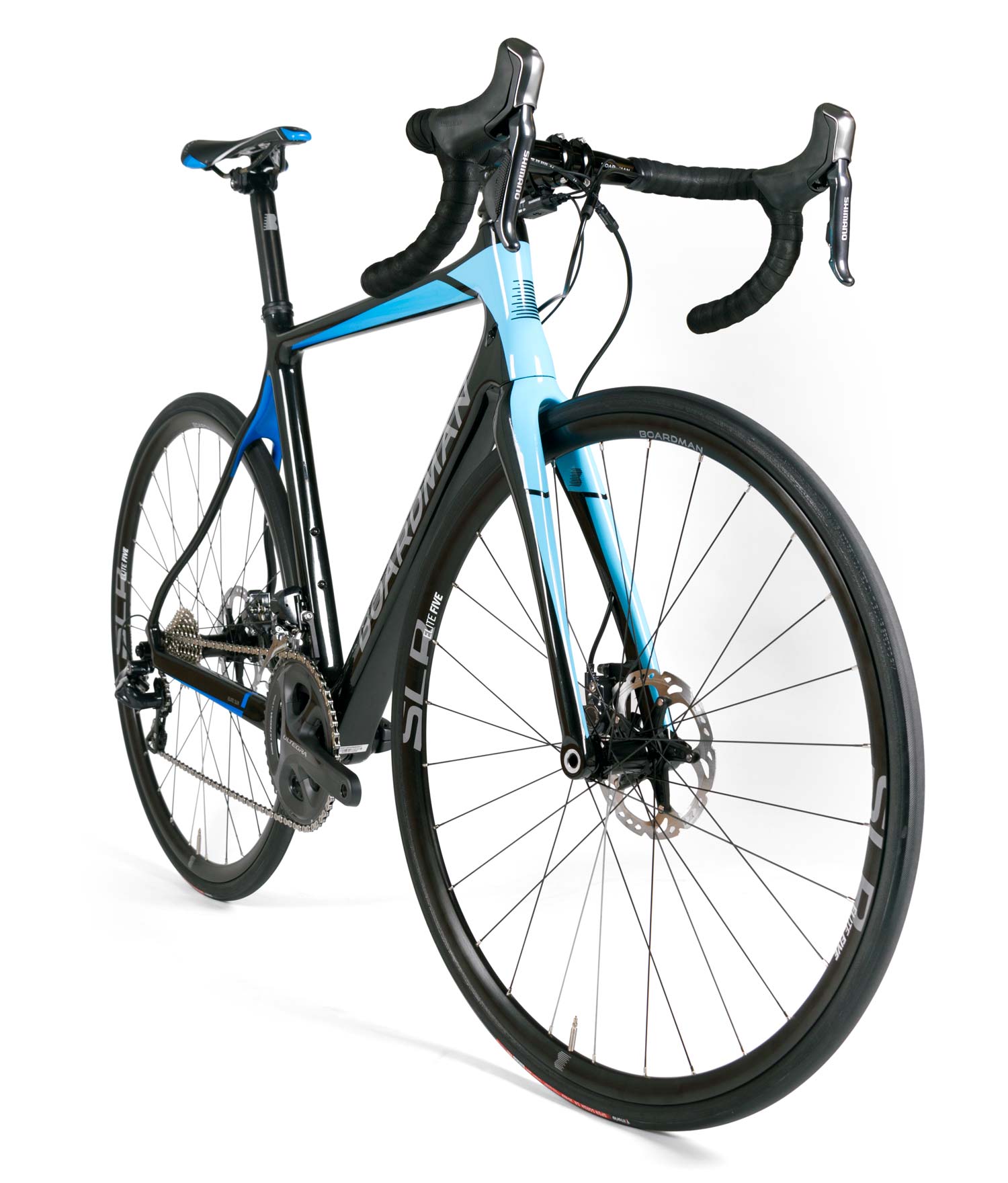 Click the image above to read the full review of the Boardman SLR Endurance disc.

Building this Boardman was going to be a curious experience. Its mixed status makes it loved by those who own one, but snubbed by the unadventurous. The bikes are made in Taiwan but designed in the UK and there are manufacturing traits within this bike from both nations.

The Taiwanese element of Boardman bikes could be described as ‘rushed precision’, a phenomenon where the bike’s construction is excellent but a couple of tiny aesthetic details are forgotten. These blemishes are sometimes what the customer remembers but in this case they are minor and most won’t be concerned with them.

Britain’s influence is visible in the brilliant paint scheme. One has to look quite closely to see the most interesting part of the frame – the blue fade on the underside of the top tube – demonstrating a kind of conservative flare from Boardman’s UK designers.

On the whole the bike could be considered more difficult to assemble than average but there were elements that made it a bearable and, at times, rewarding build.

– Read the full review as it appeared in the magazine – 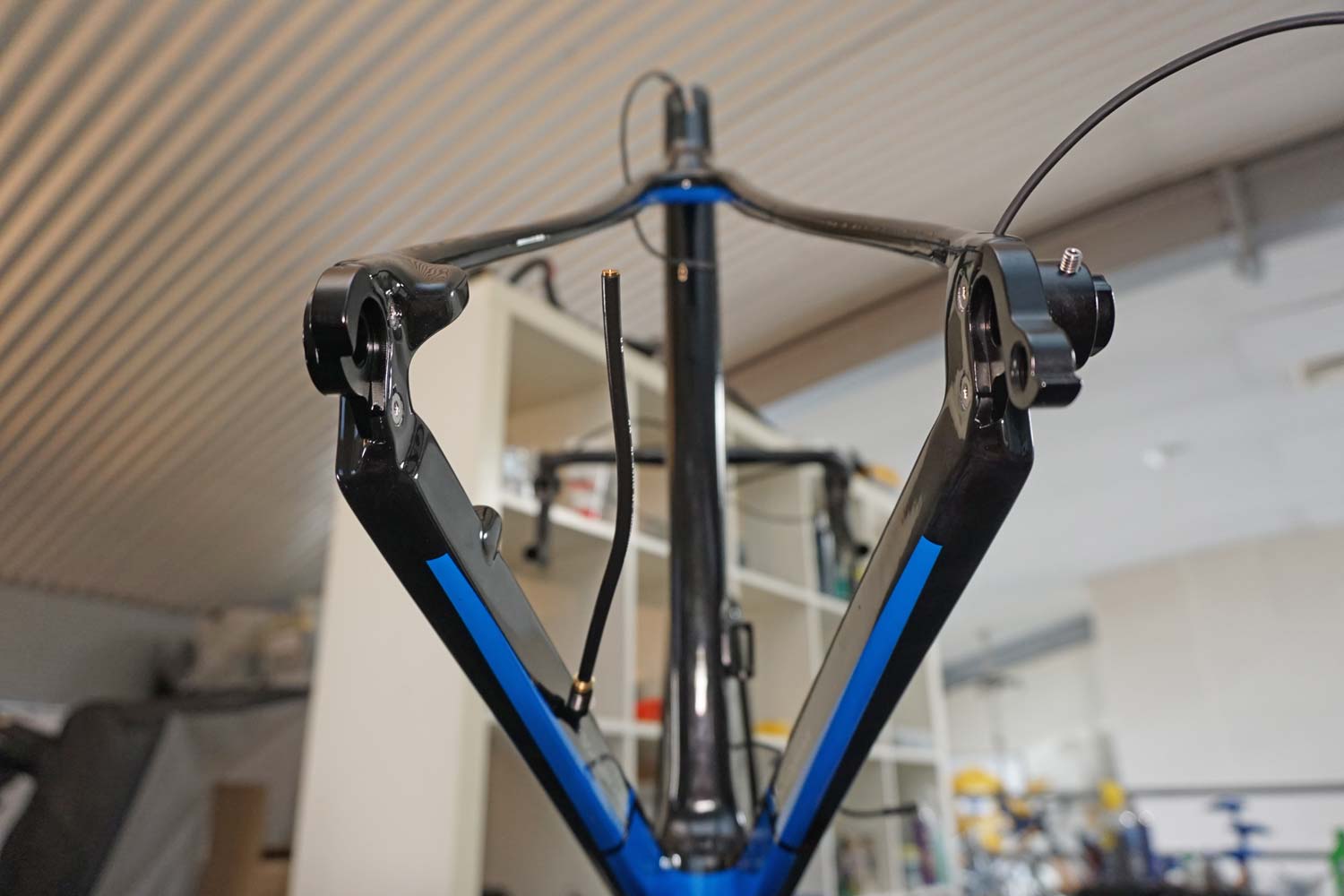 Internally routed hydraulic brake hoses accompanied with a full-length carbon sheath was a huge relief when building the 9.4. Because of this tunnel, fitting the hoses to Shimano’s RS785 calipers was easy and both brakes were well behaved during the bleed process.

This bike was reviewed in #RIDE71, published in March 2016. To read the complete article, click the link of the images above to see it as it appeared in the magazine, complete with the full review, complete spec sheet, weights of all components and, of course, the ‘Build Report’.

We will be publishing some of the complete tests as PDFs on our Adobe page. If there is one bike in particular you would like to see, send an email request. 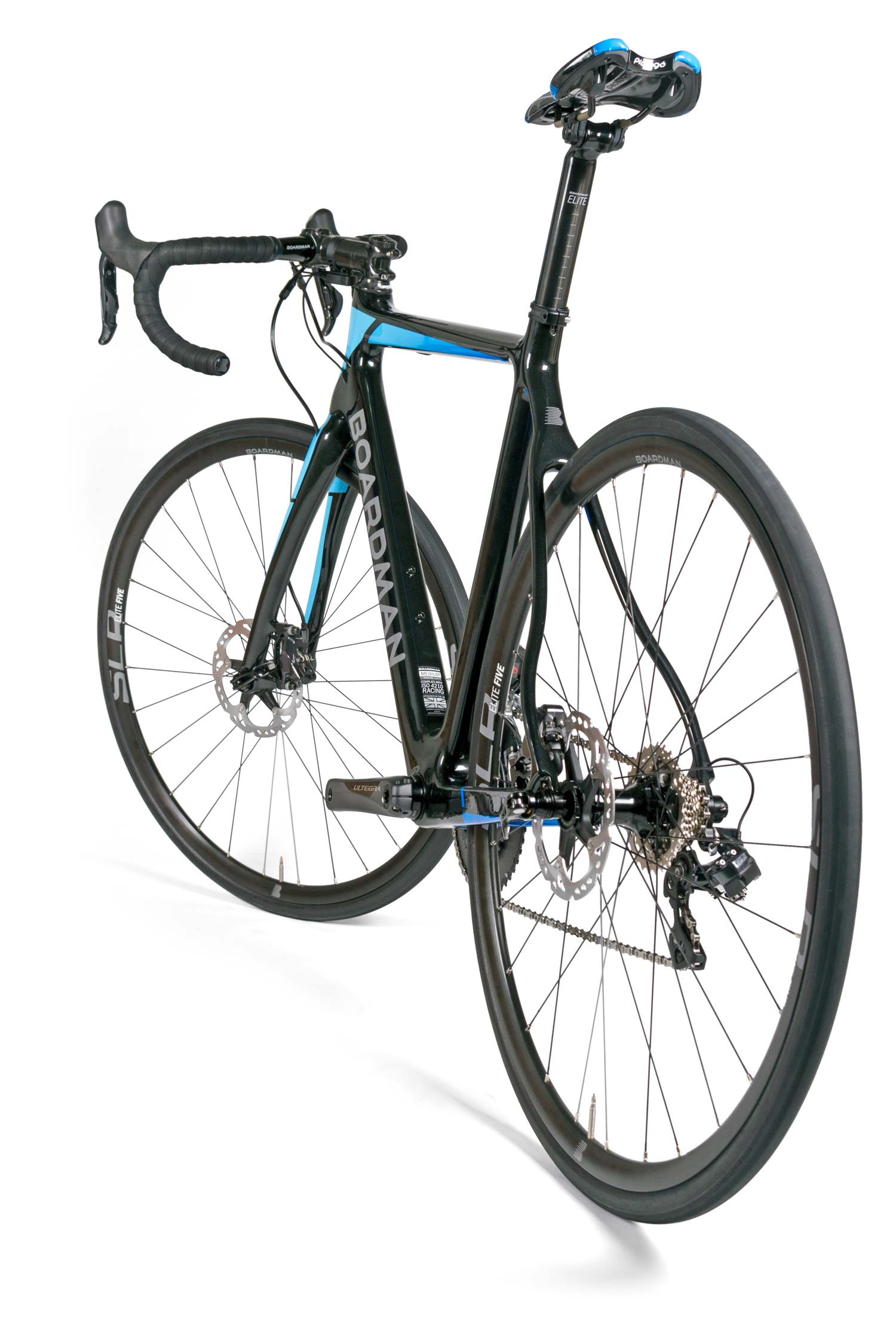