In 2010, RIDE Media published a retrospective series on Phil Anderson. The Australian was a pioneer in pro cycling… and product testing. Here he explains his intro to Oakley. 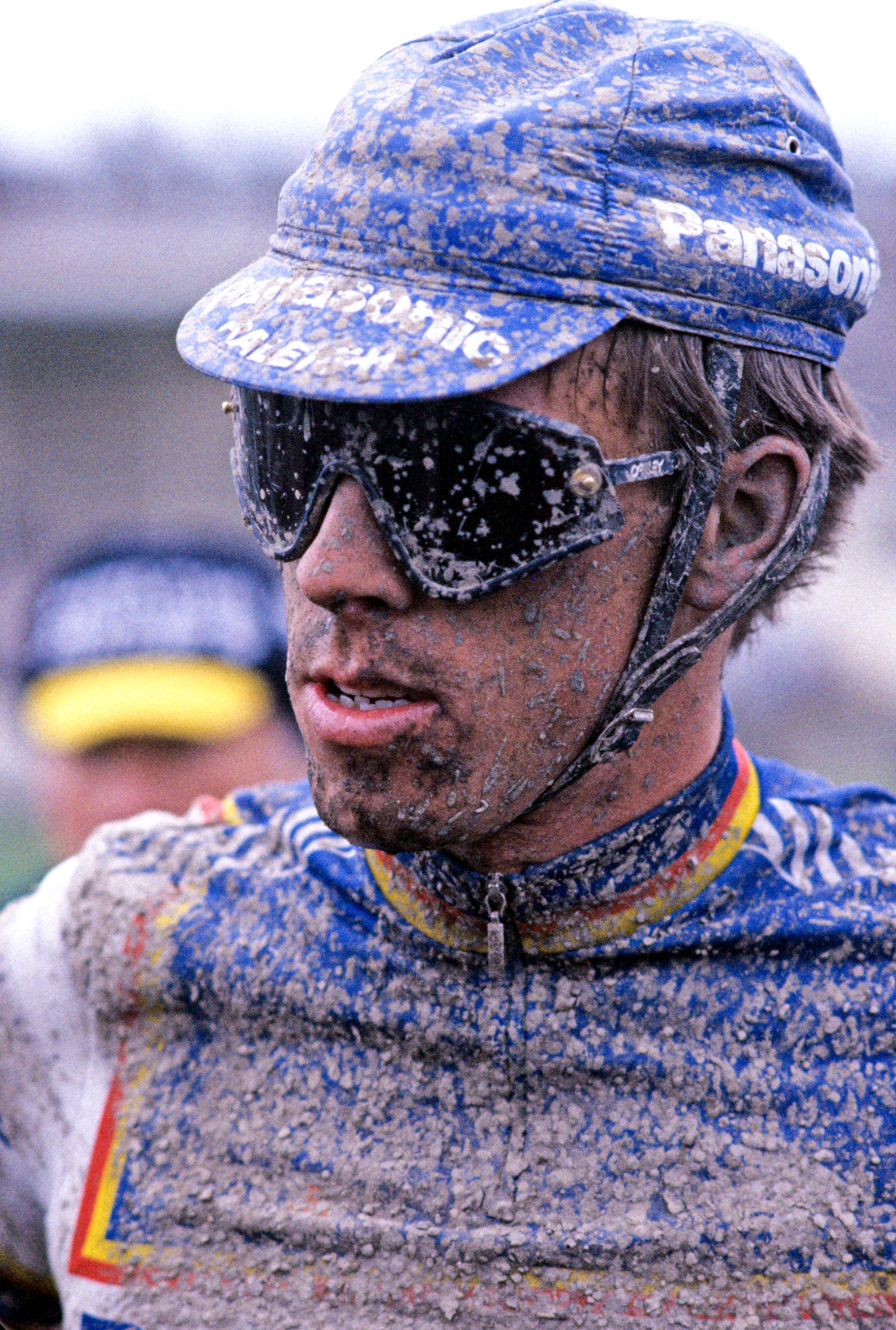 For most of his career, Phil Anderson wore Oakley eyewear and the famous Eyeshades (pictured) are part of his collection. They were the first sport-specific sunglasses used at the Tour de France and he recounts how the sponsorship came about.

“I was at a bike show in Long Beach and Jim Jinnard approached Greg LeMond and me with these goggles. In my early days I wore protective safety glasses due to an allergy problem so the advent of sport-specific glasses was great.”

He wore them during Paris-Roubaix while at Panasonic.

“It was a filthy day and Oakley had taken the technology of tear-offs from goggles.”

They were thin plastic, and 10 layers could be individually removed as mud and grime covered the lens.

“It was raining and water was seeping between the layers. I was getting a psychedelic rainbow of light on the road ahead. It was like I’d done mushrooms. Instead of taking one off, they all came off in one go. That was it, no more tear-offs, but it was a lot better than nothing.” 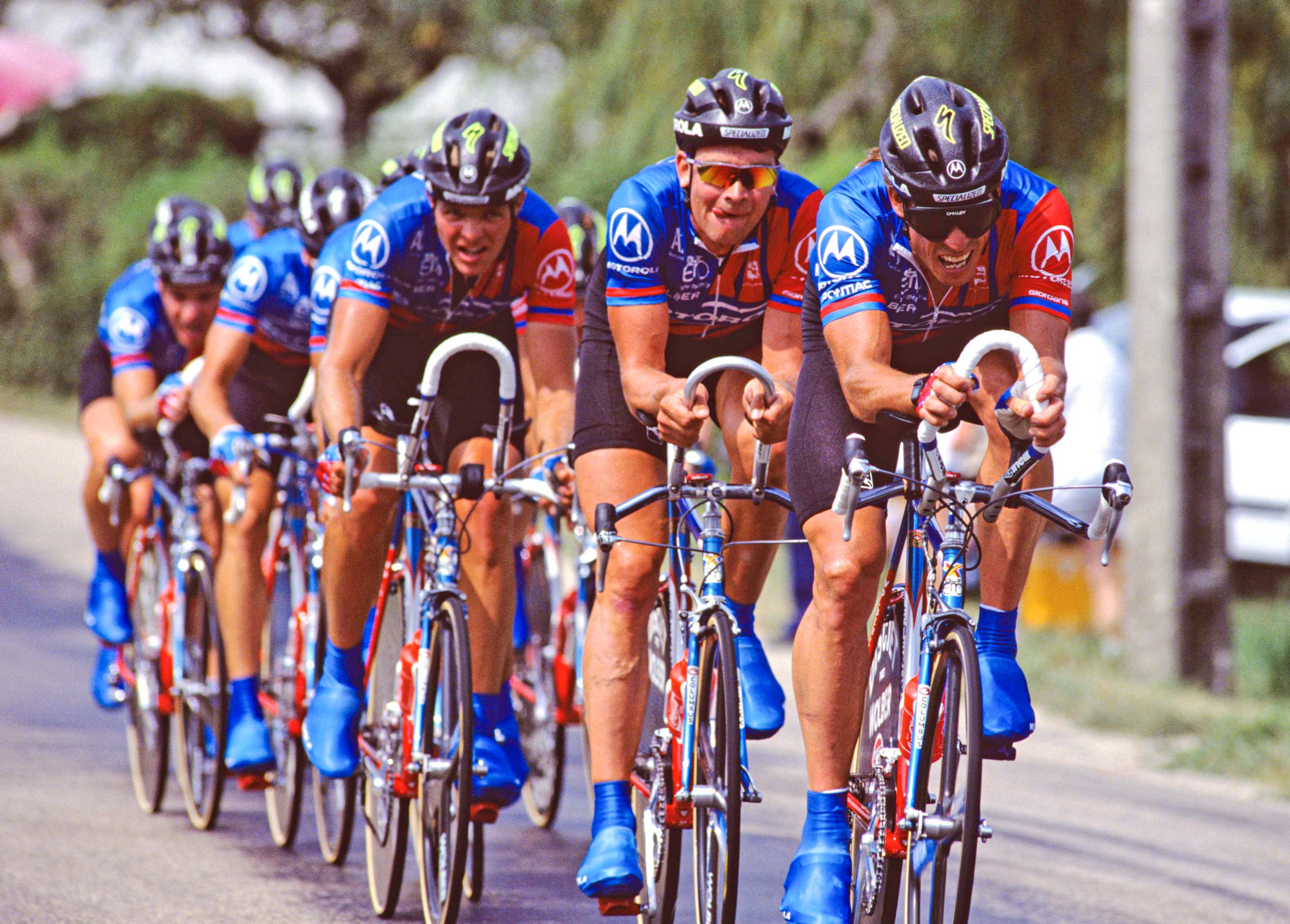 Motorola pioneered the use of two-way radio communication in pro cycling. There had been experimentation with it before, but Anderson and co. refined the use of radios in the peloton. 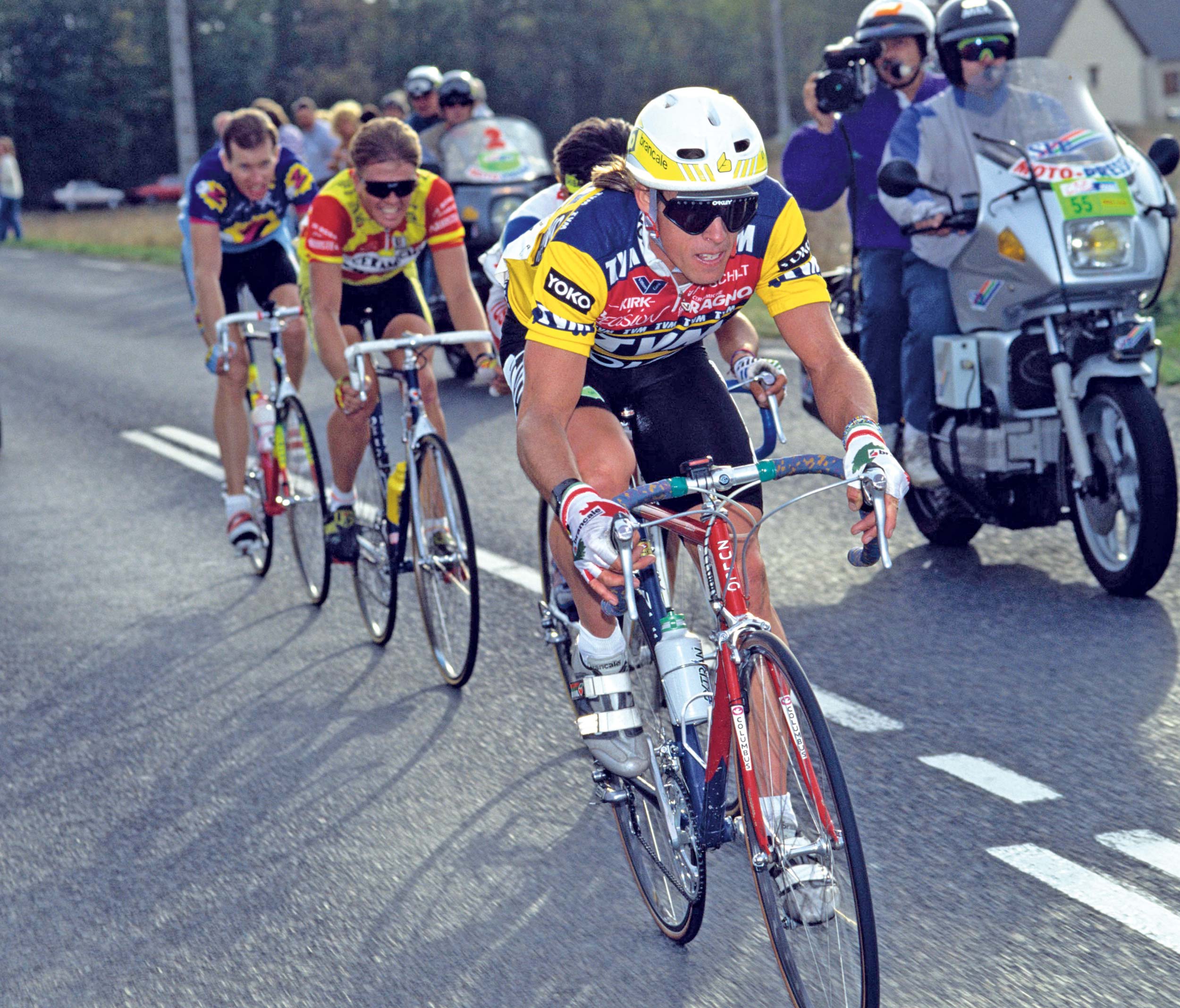 In 1988 a move to a new team, TVM, allowed Anderson to become part of the Shimano test crew. Here he uses the first-generation STI levers which would soon become mainstream.

Anderson and the ‘hardshell sell’

“I never wore a helmet in the early days but later on I started wearing hair nets,” Phil Anderson said before explaining the reason for change.

“I follow the results religiously and there was a Portuguese rider, Joaquim Agostinho, who was always a high finisher. Suddenly his name stopped appearing. I learned he’d crashed in the Tour of Algarve when a dog ran out in front of the bunch in a sprint finish.”

Agostinho was involved in the subsequent crash and, 11 days later, died from the injuries. Anderson then always wore a helmet.

“It wasn’t much more than a polystyrene bucket, like an esky for your head. They added lycra mesh covers and hard plastic shells as the design evolved.”

At Motorola, Specialized used in-mould technology to create designs such as the Sub6. Anderson wore it when he won his Tour stage in 1990 (below) and slowly it became a regular addition to pro apparel. 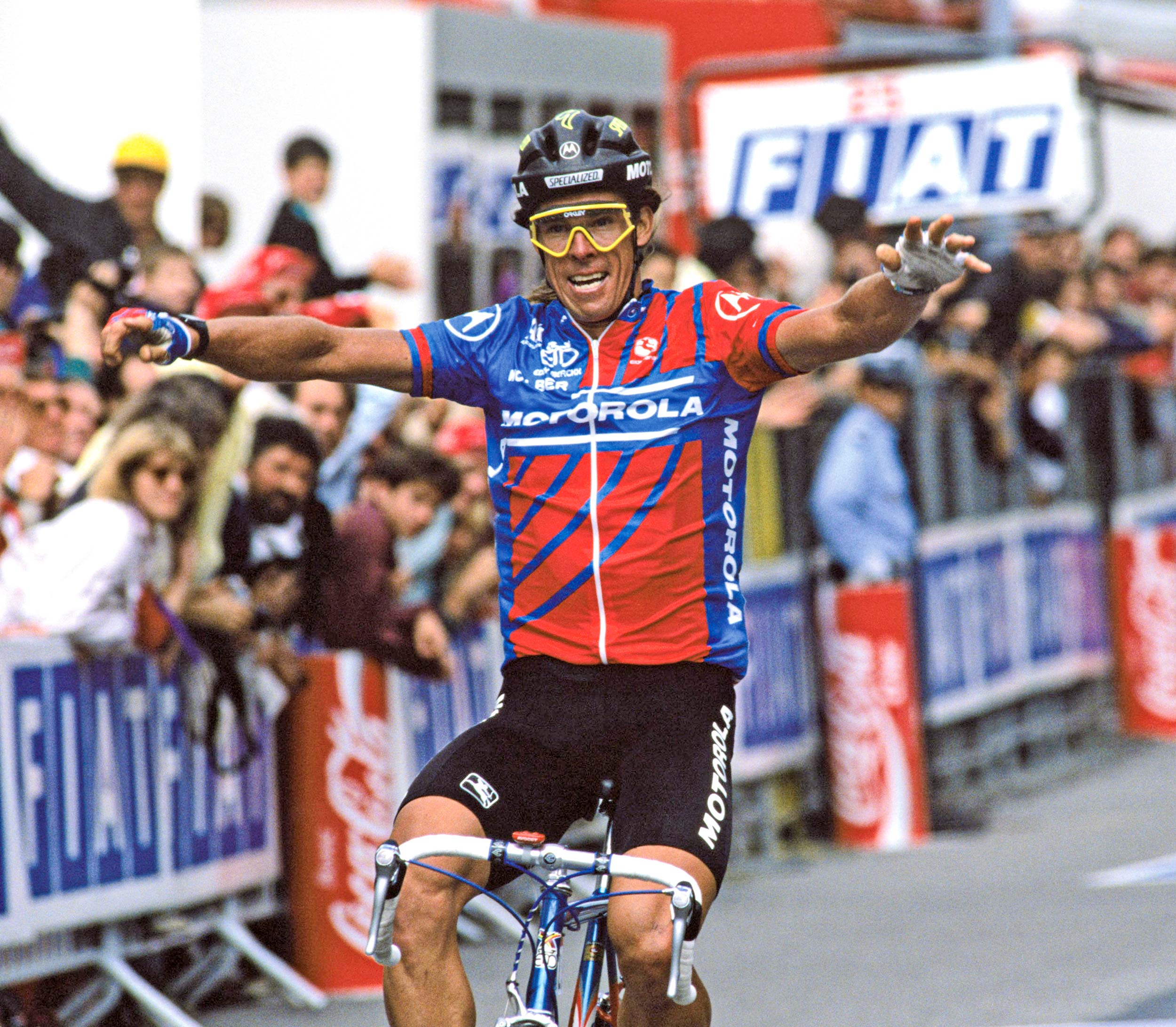