Mohoric’s mechanic was experimenting with dropper posts in 2019

Matej Mohoric’s victory in Milan-Sanremo overnight has proven that product innovation can continue to have an impact on road cycling. RIDE Media spoke about dropper posts with Bahrain-Victorious’ mechanic back in 2019… when an idea was forming in Filip Tisma’s mind.

He was there on the Poggio. He opened up his advantage on the descent though, not the ascent. When he crossed the finish line ahead of all others, Matej Mohoric pointed downwards, gesturing to an innovation that had helped him conquer Milan-Sanremo, winning the monument in fine style… and with a dropper seatpost.

This idea has been around in the MTB game for years and I’ve often asked about why it hasn’t been introduced to road cycling.

Before the team time trial of the 2019 Tour de France, Filip Tisma – of the team that was then called Bahrain-McLaren – told me that his team was toying with the notion of using a dropper post.

The mechanic is a Slovenian who has worked with Team Sky in the past but joined what is now Bahrain Victorious at the start of 2019 and he set to work on creating something that could now spark a mini-revolution in road cycling products. 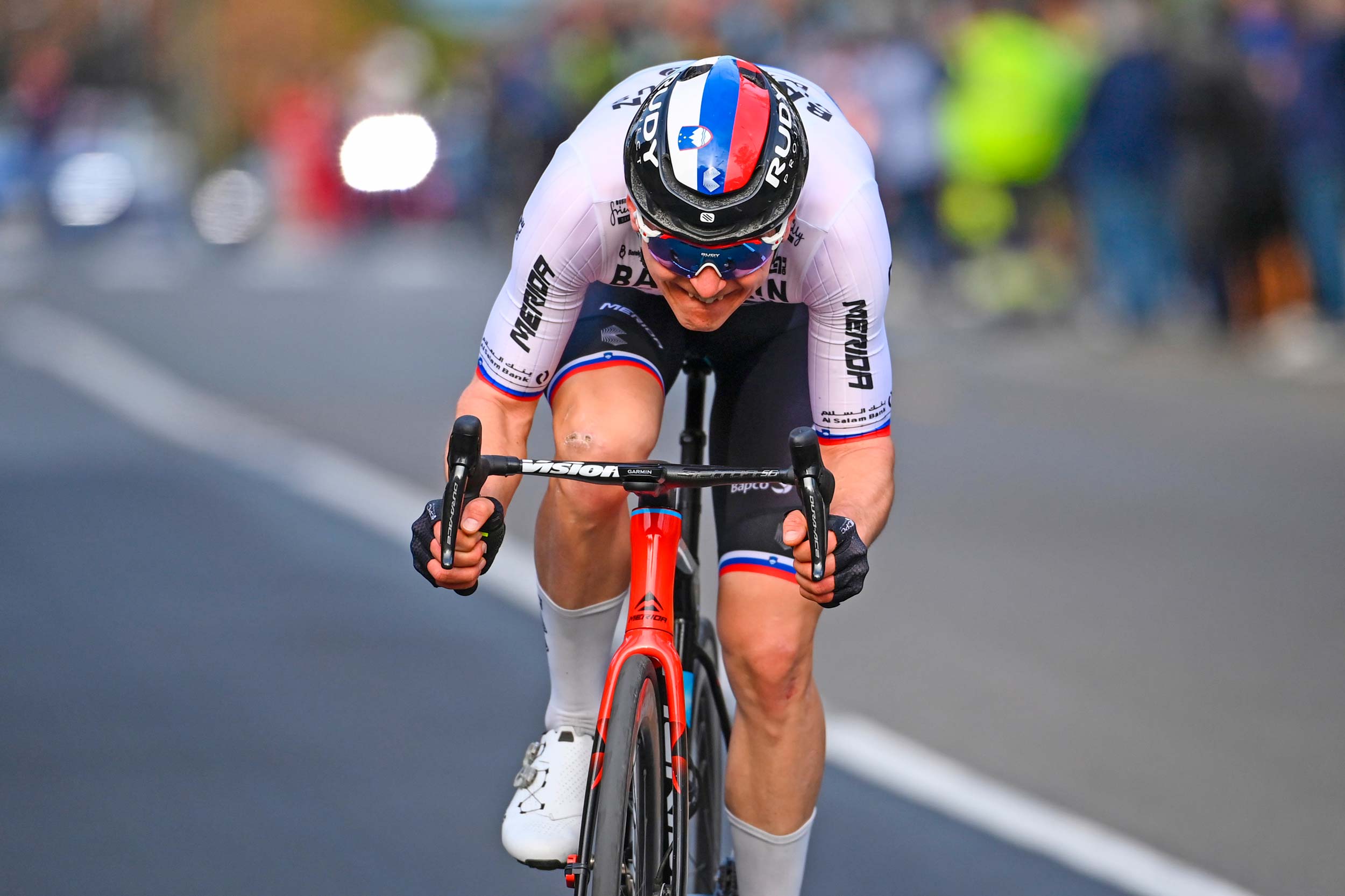 Matej Mohoric blasted his way to victory in Milan-Sanremo with an epic descent of the Poggio. (Photo: Tim de Waele, via RCS)

Below is the verbatim exchange of the discussion I had with Tisma in Brussels on 7 July 2019.

RIDE Media: I’ve asked this question of Gary Blem, your old colleague at Team Sky, but I’m curious if you’ll have a different reaction…: when you see guys like Matej Mohoric pedalling on the top tube – and he is the first I remember seeing do that with success in international competition – do you ever get tempted to try a dropper post? And, if not, why not?

RIDE Media: You have tried it?

RIDE Media: You will be trying it?

Filip Tisma: “We’ll be doing something with the seat post, yeah. I’m sure that one or two of my ex-colleagues knows what we’ll be aiming for.

“It will not be a dropper post like in mountain biking but it will offer some adjustment that can be made to the bike in the future. It is one of the things we’ll be looking at.

“There were some seatposts like that in the past, but they were really heavy. So, if you can do that in a lighter version – not just for the position itself though. I don’t think we’ll ever see a saddle on the top tube.”

“Let me say it like this: we’ve had no request from the riders for this, but we see constantly that they keep playing with one or two or three millimetres – up or down – so if we could have something in place to accommodate for that, it would be ideal. If they could adjust it themselves in the race, it would save a lot energy for the rider and a lot of measuring for all the mechanics.

“Watch this space. We’ll see. Hopefully it will be out soon, maybe the start of next year.” 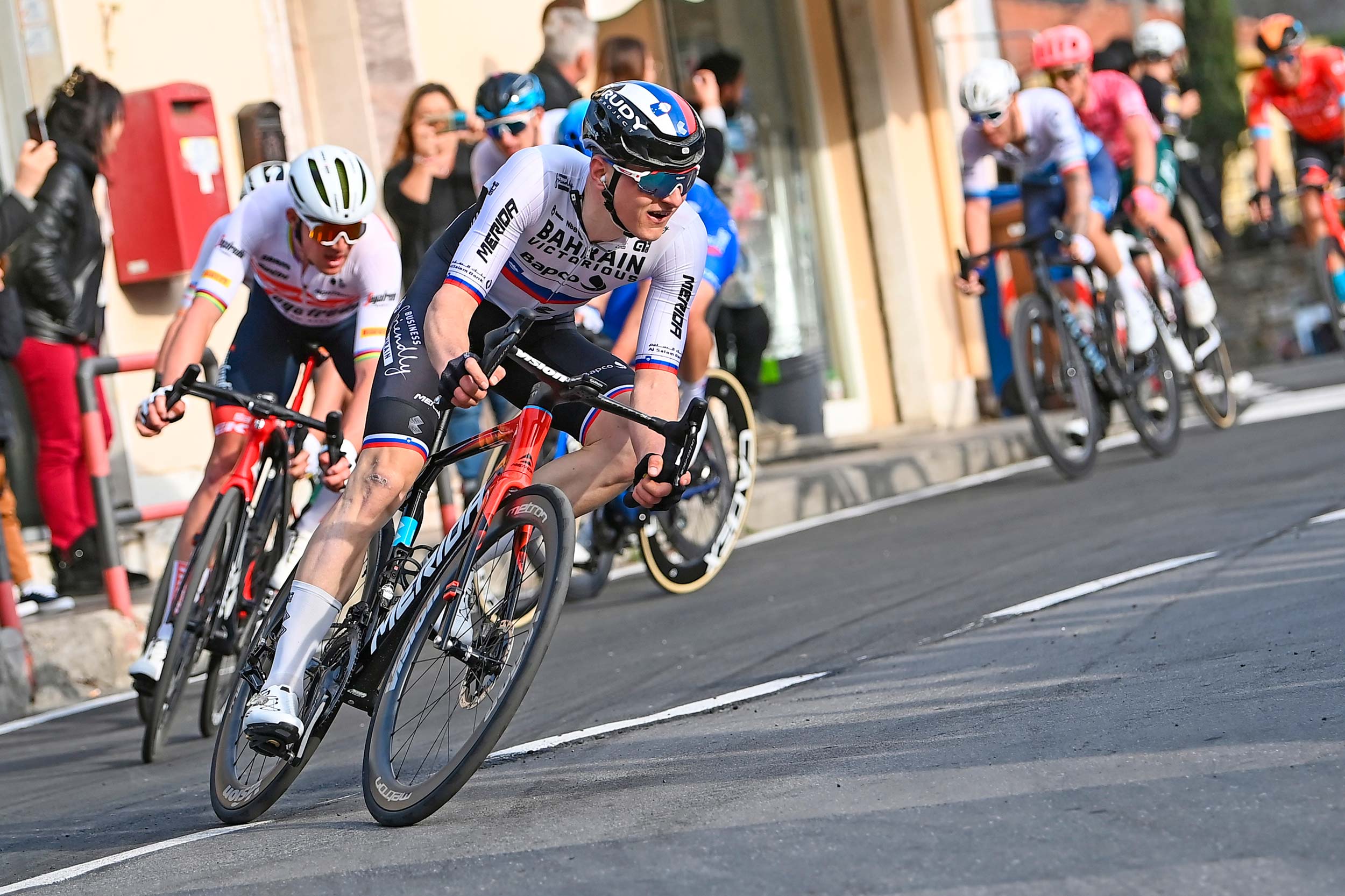