In 2020, the pro team with the longest history is Movistar. We take a moment to look at the bikes used by the Spanish squad over the years; this is a gallery of Canyon and bikes by Pinarello that were raced between 2020 and 2005. 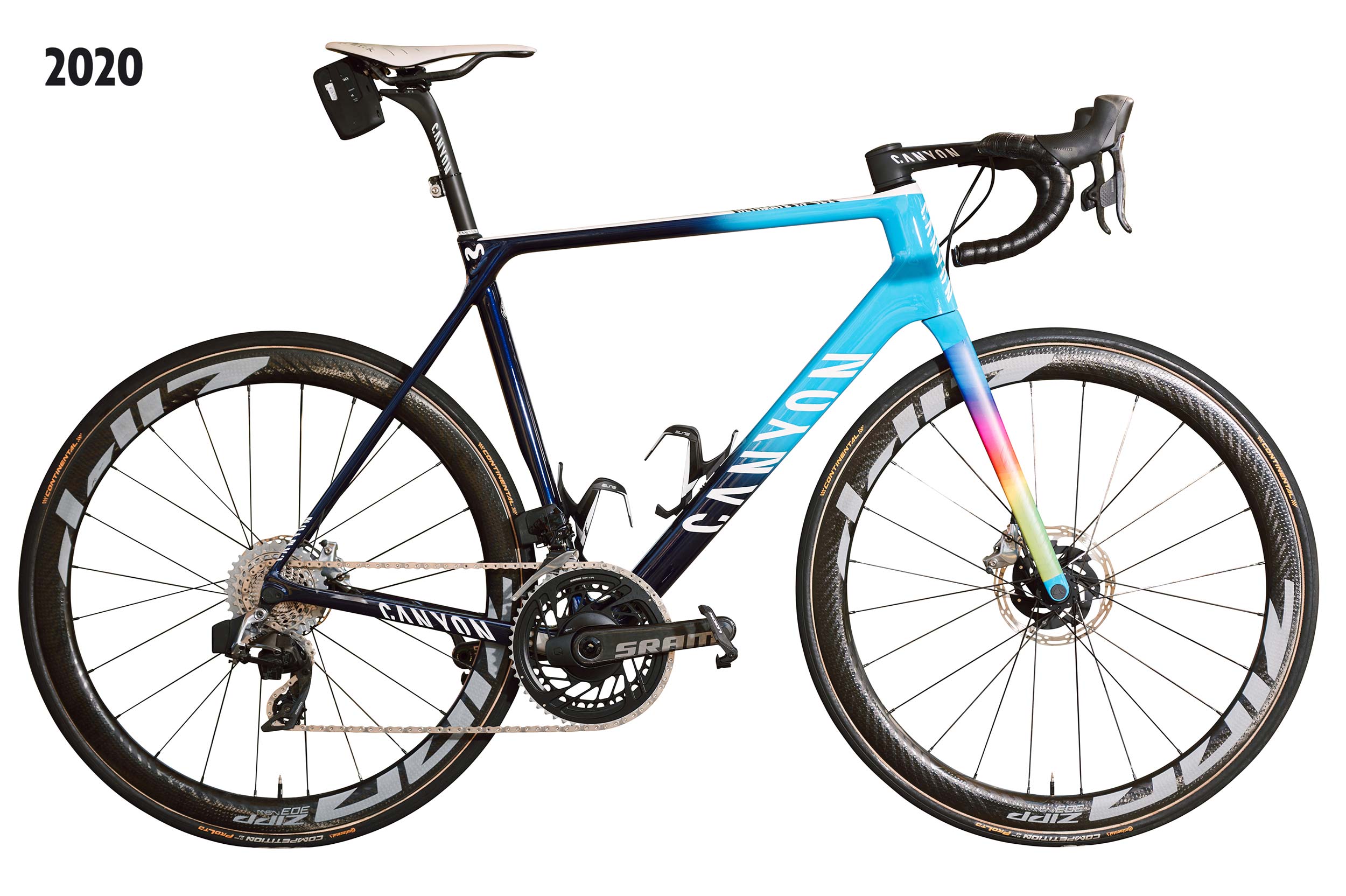 After a very long association with Campagnolo, the Spanish team switched to SRAM group sets for 2020. (Photo: courtesy of SRAM, via VeloImages) 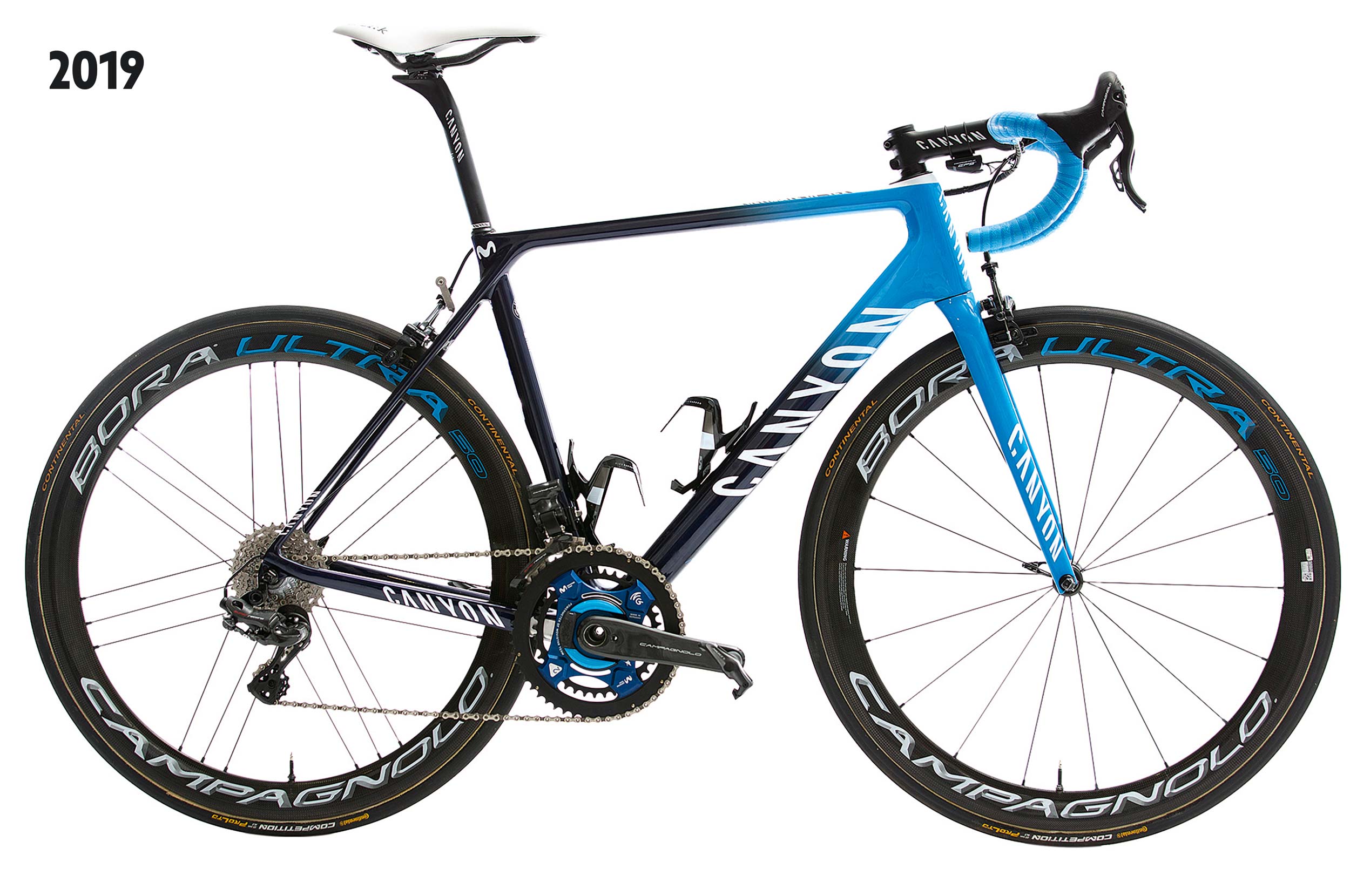 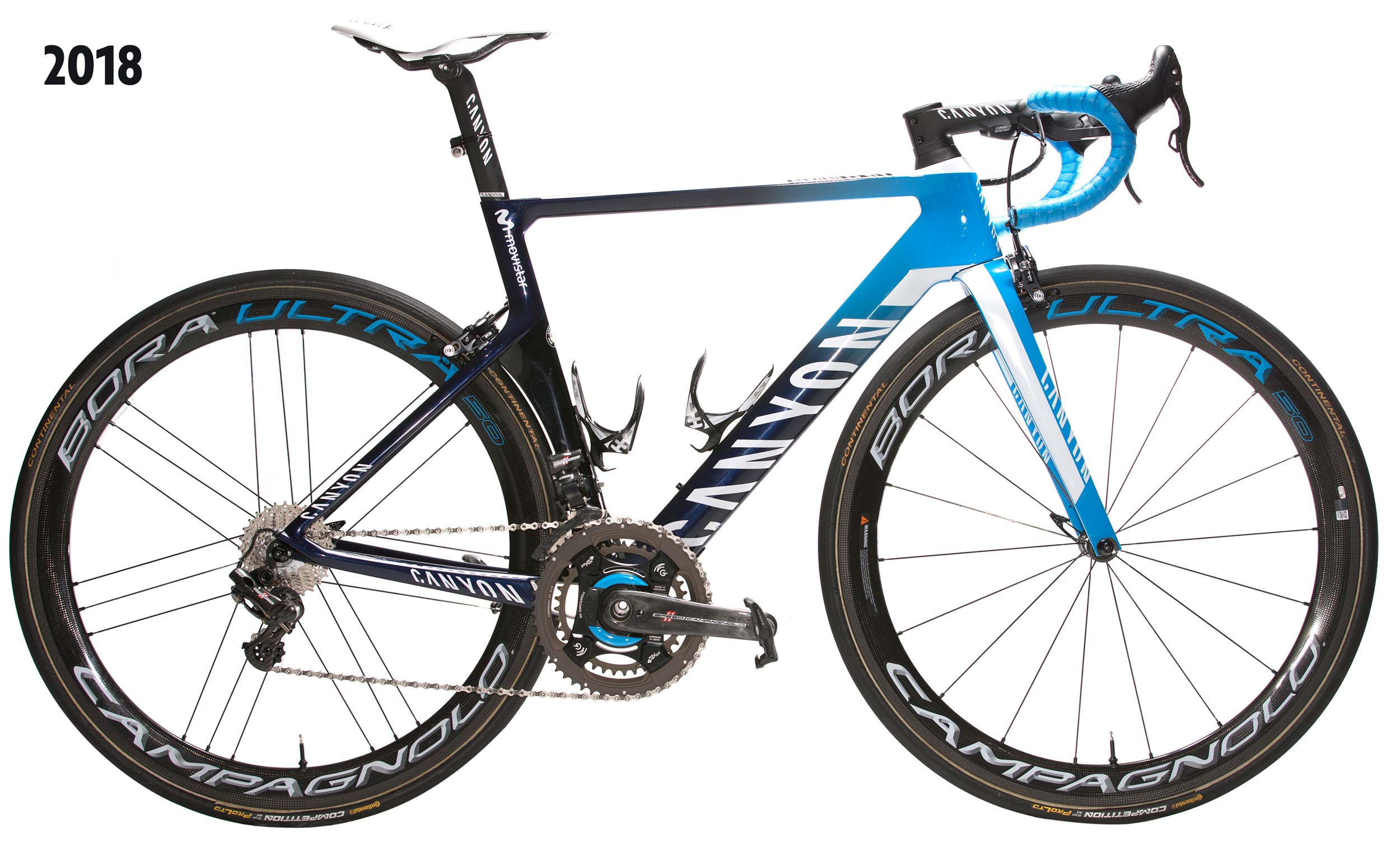 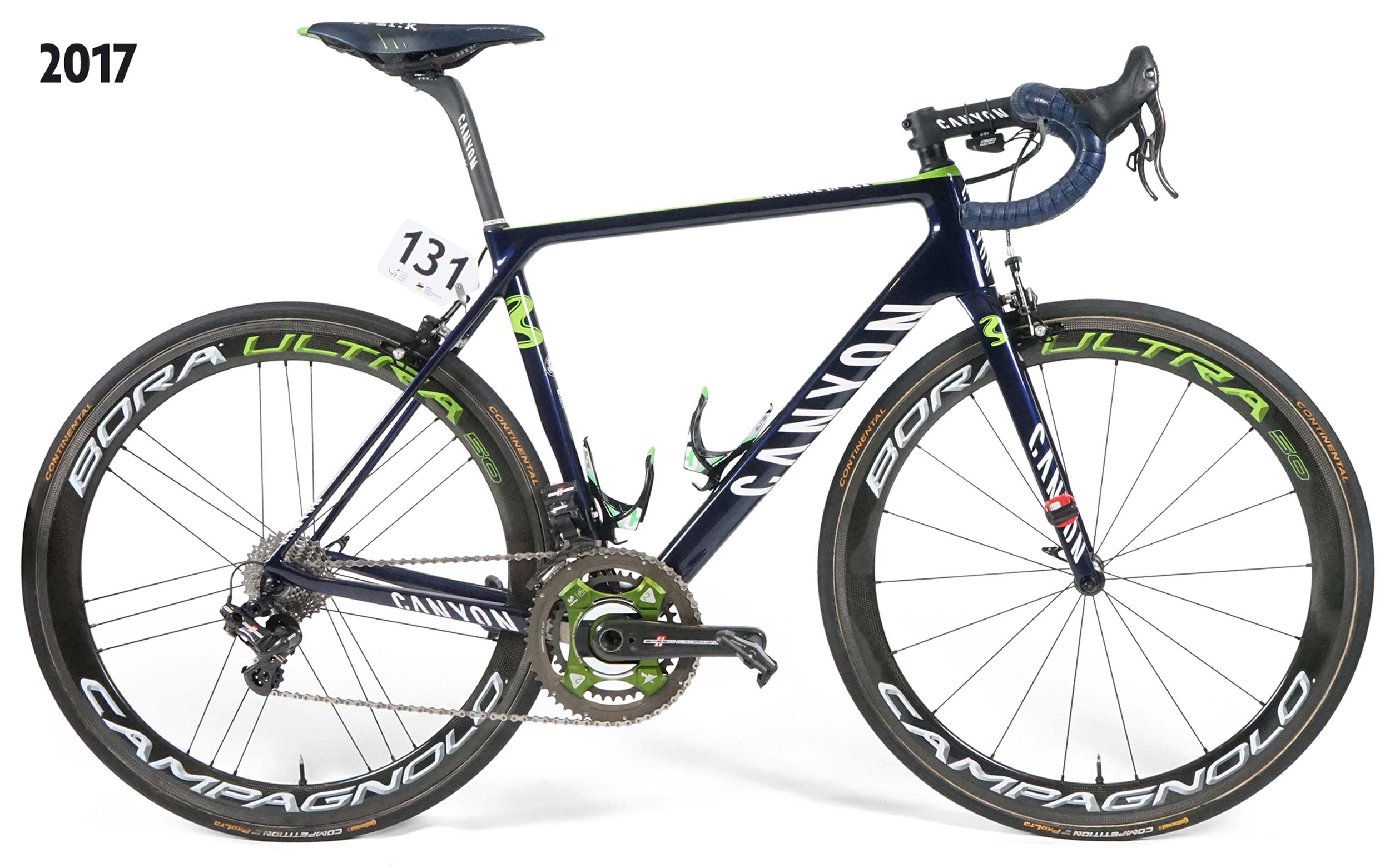 Navy blue and green… the early colour schemes of the Movistar sponsorship years. 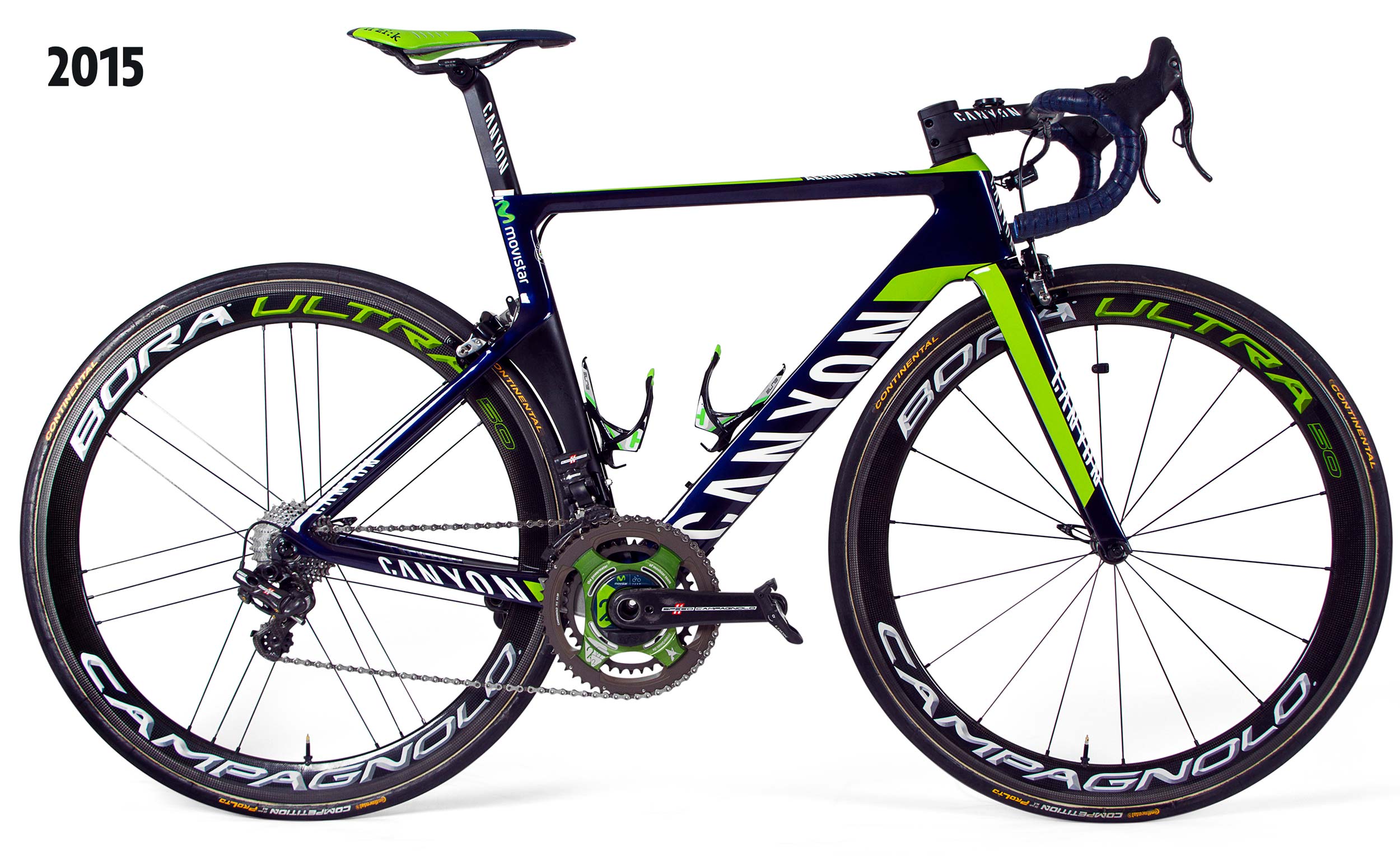 By 2015, most Campagnolo-backed teams were using the electronic shifting system, EPS. 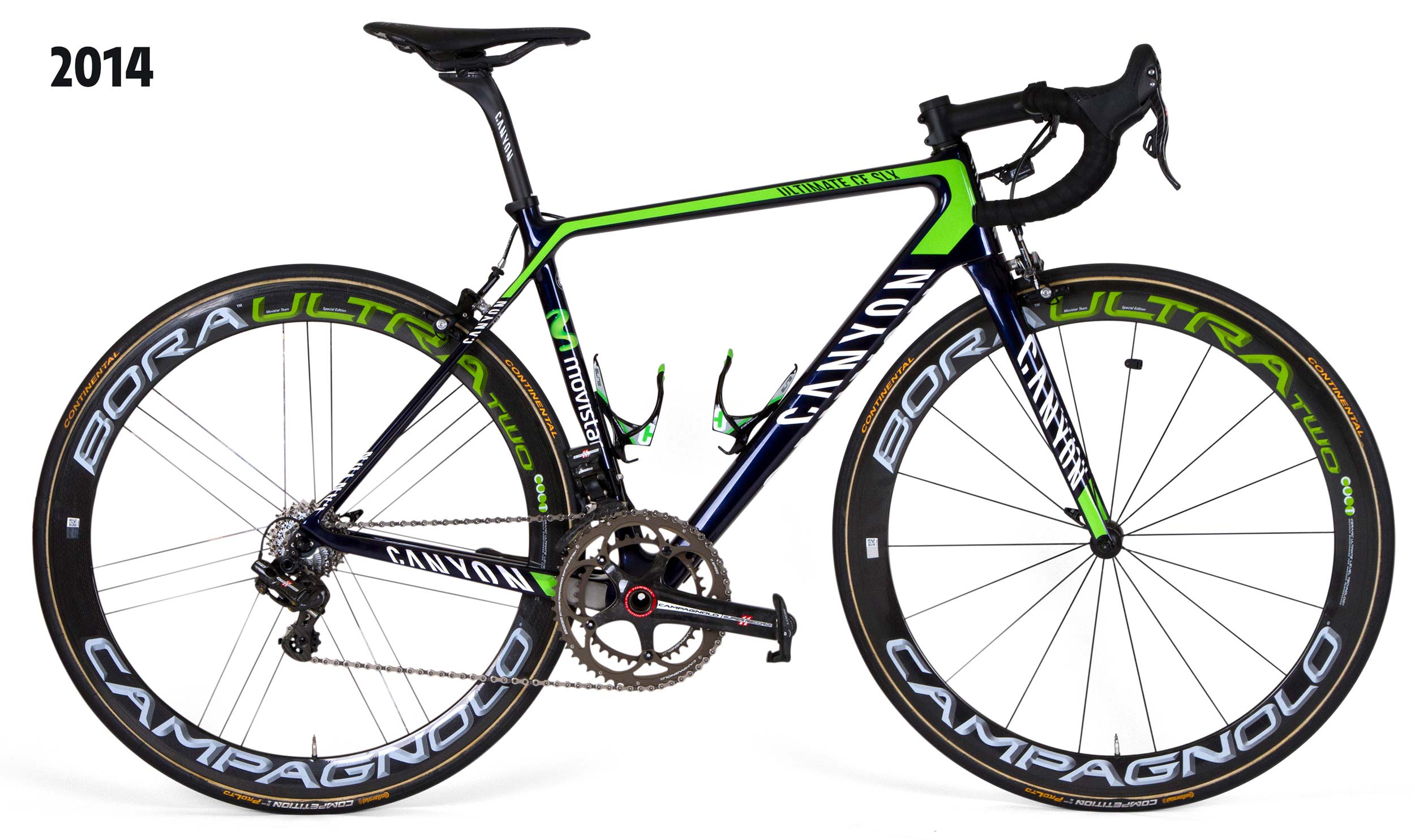 Canyon took over bike supply duties in 2014 after a long history with this team and Pinarello. 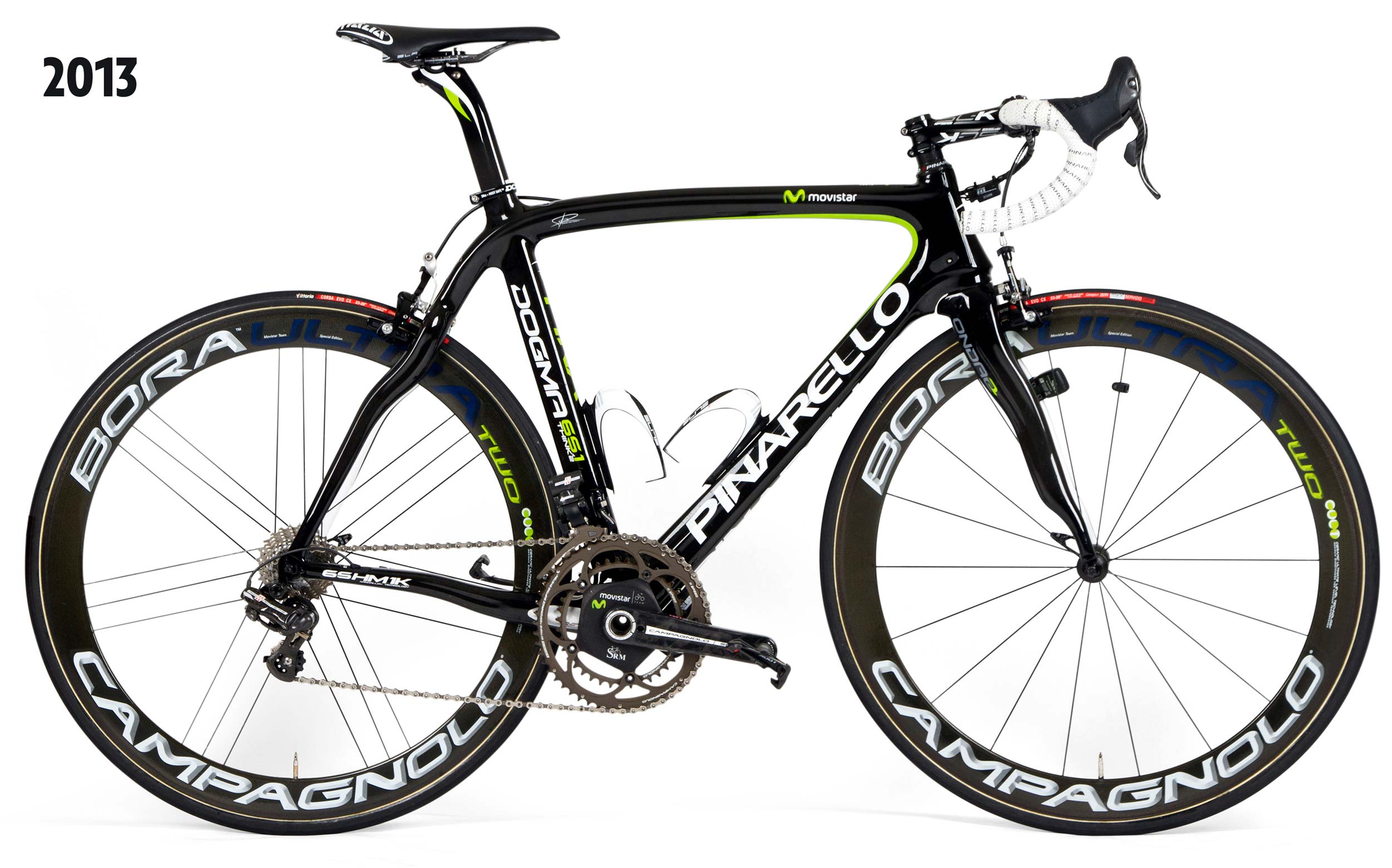 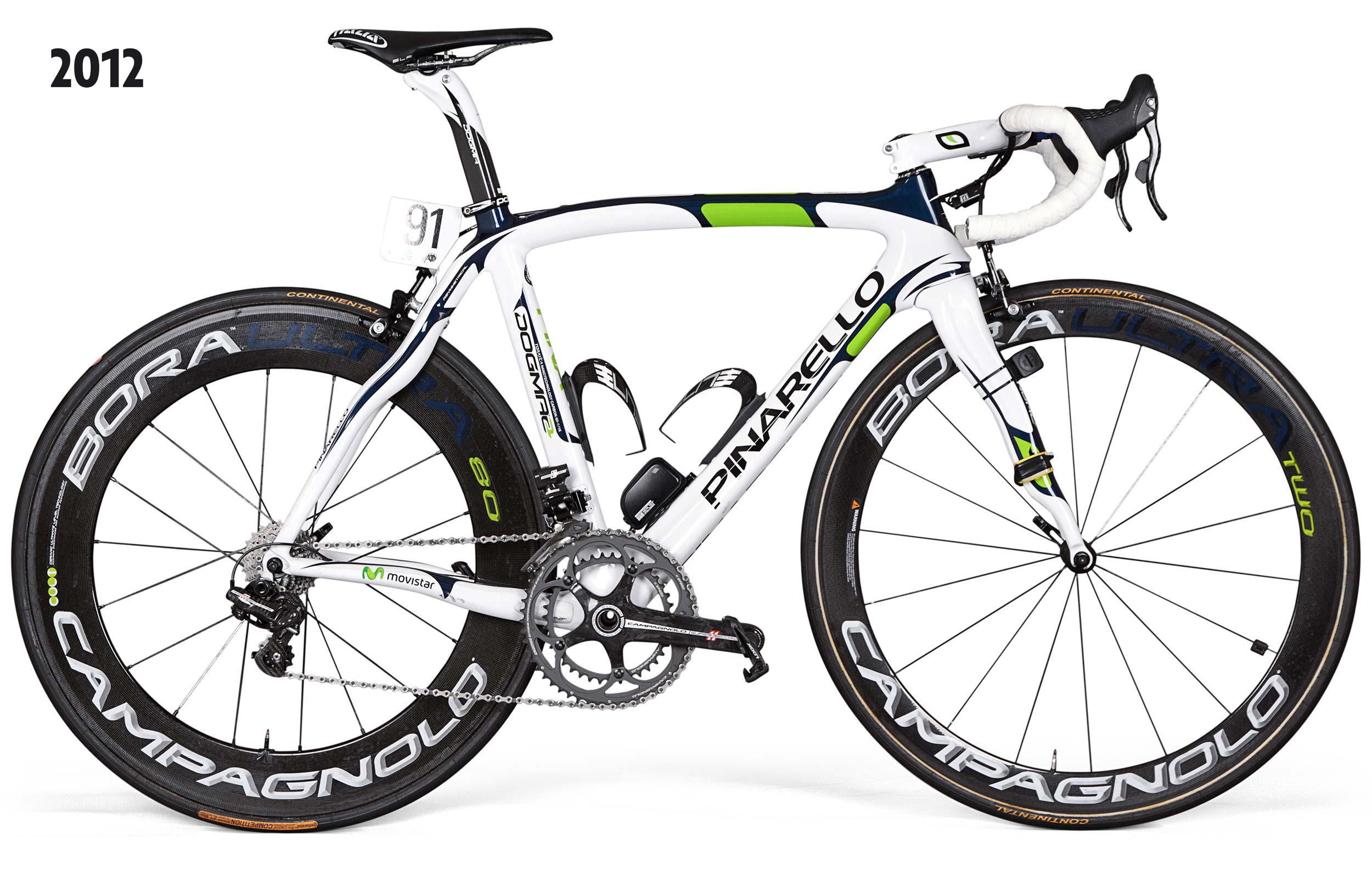 Was this the peak of extreme size frame tubing (and tapers and twists)…? 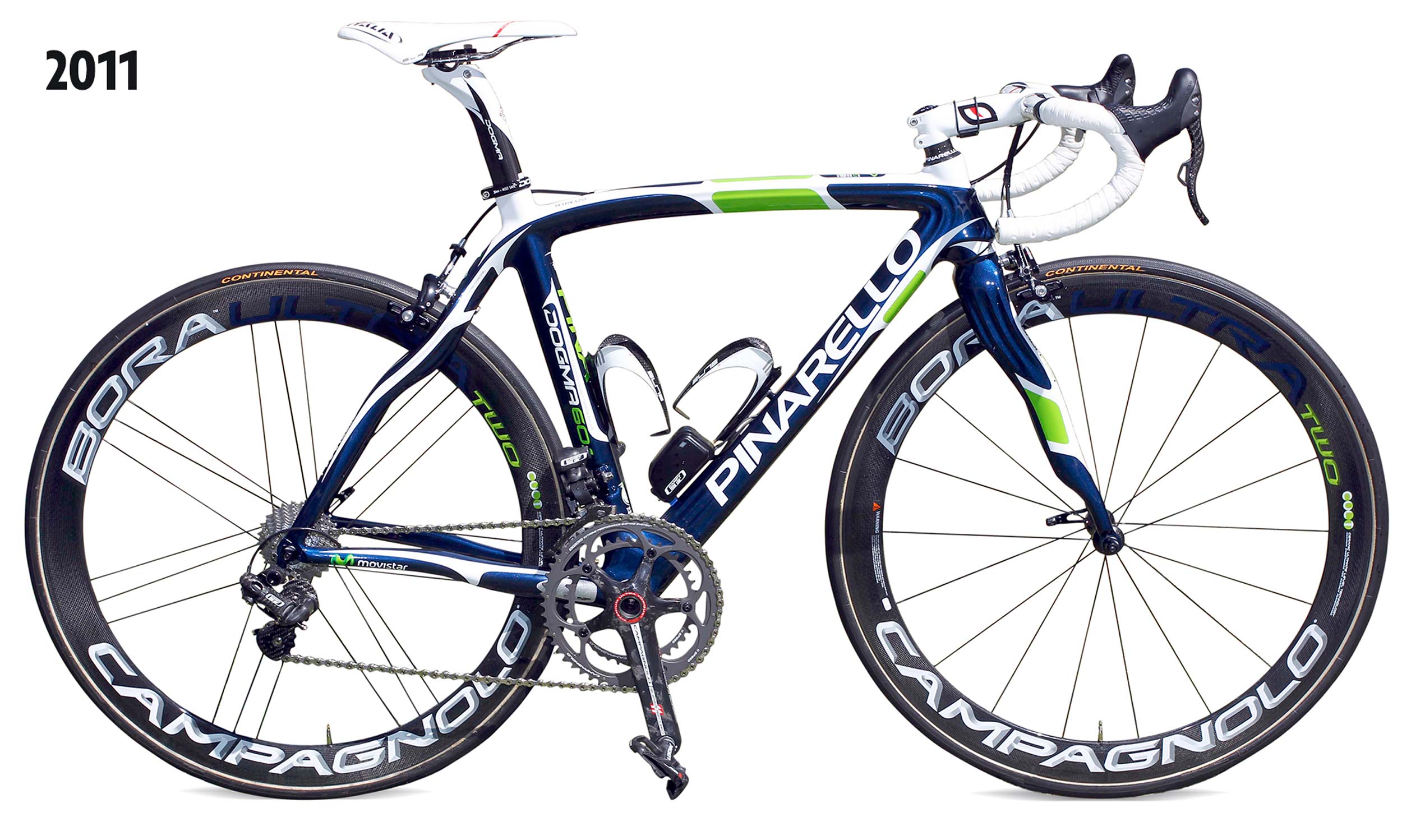 The Bora wheels by Campagnolo had long been a feature of the Movistar team bikes. 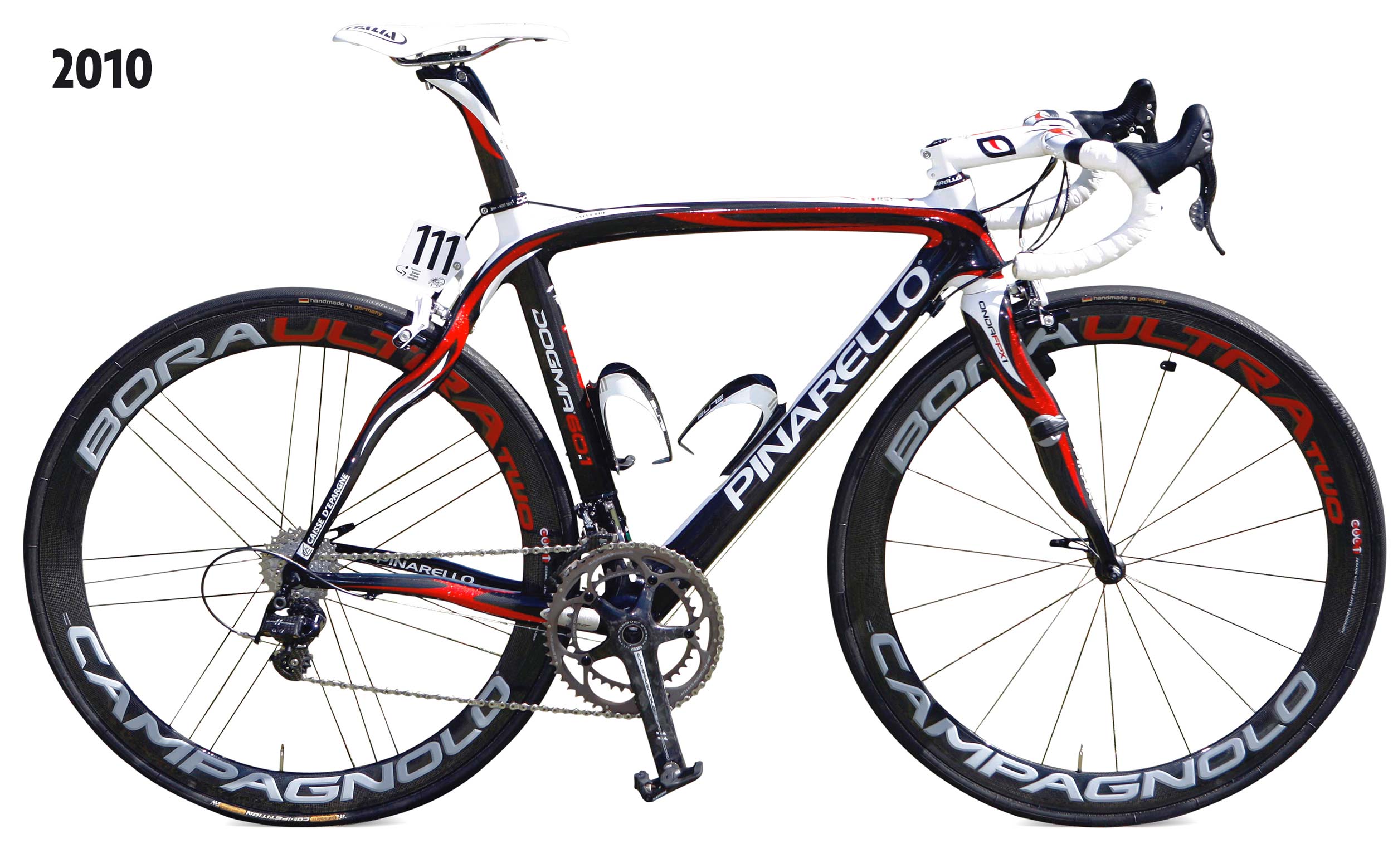 Before Movistar, the naming-rights sponsor was Caisse d’Epagne. But the bikes were still Pinarello with Campagnolo. 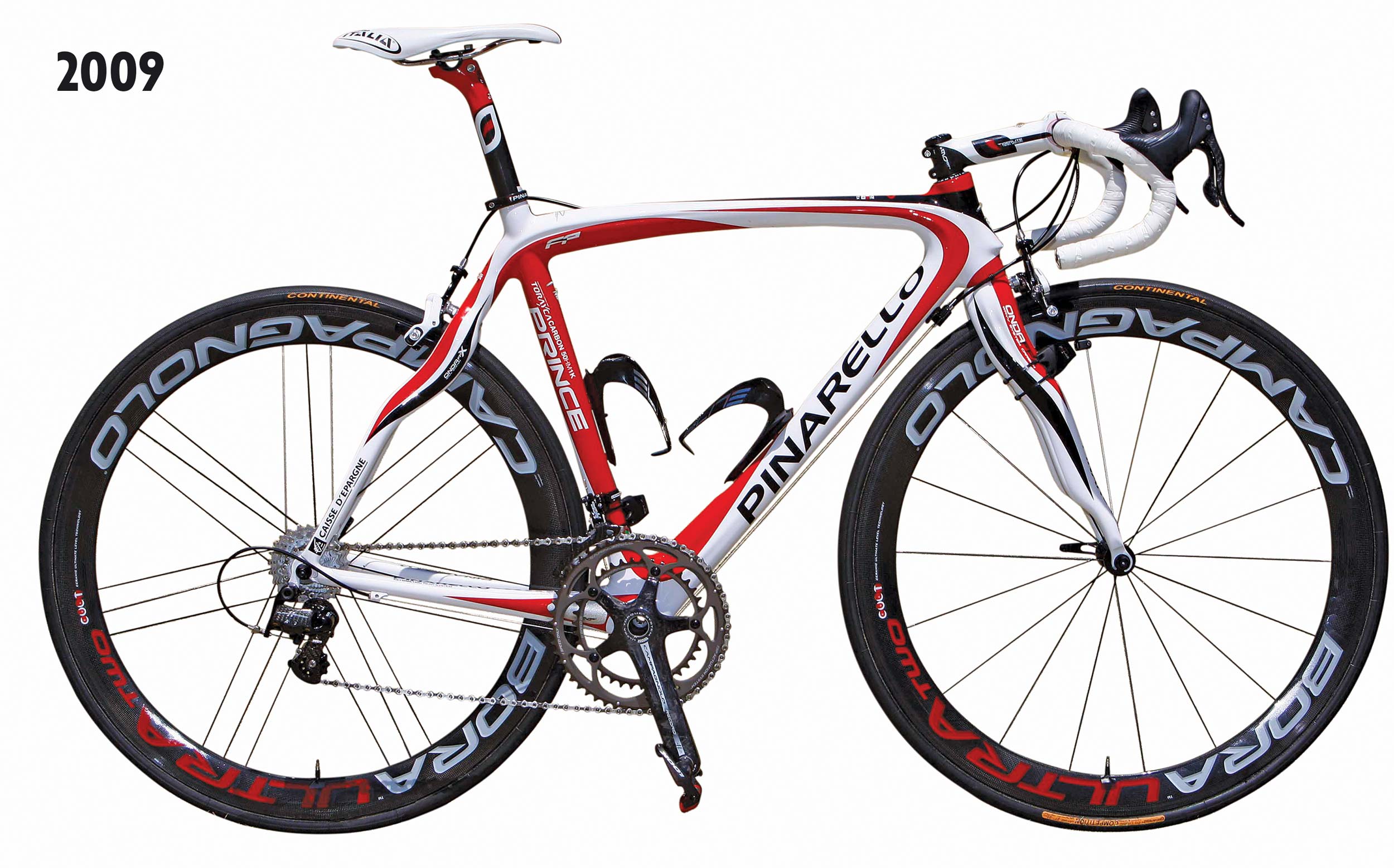 Comfort?! What are you talking about? Stiffness is the quest man…! 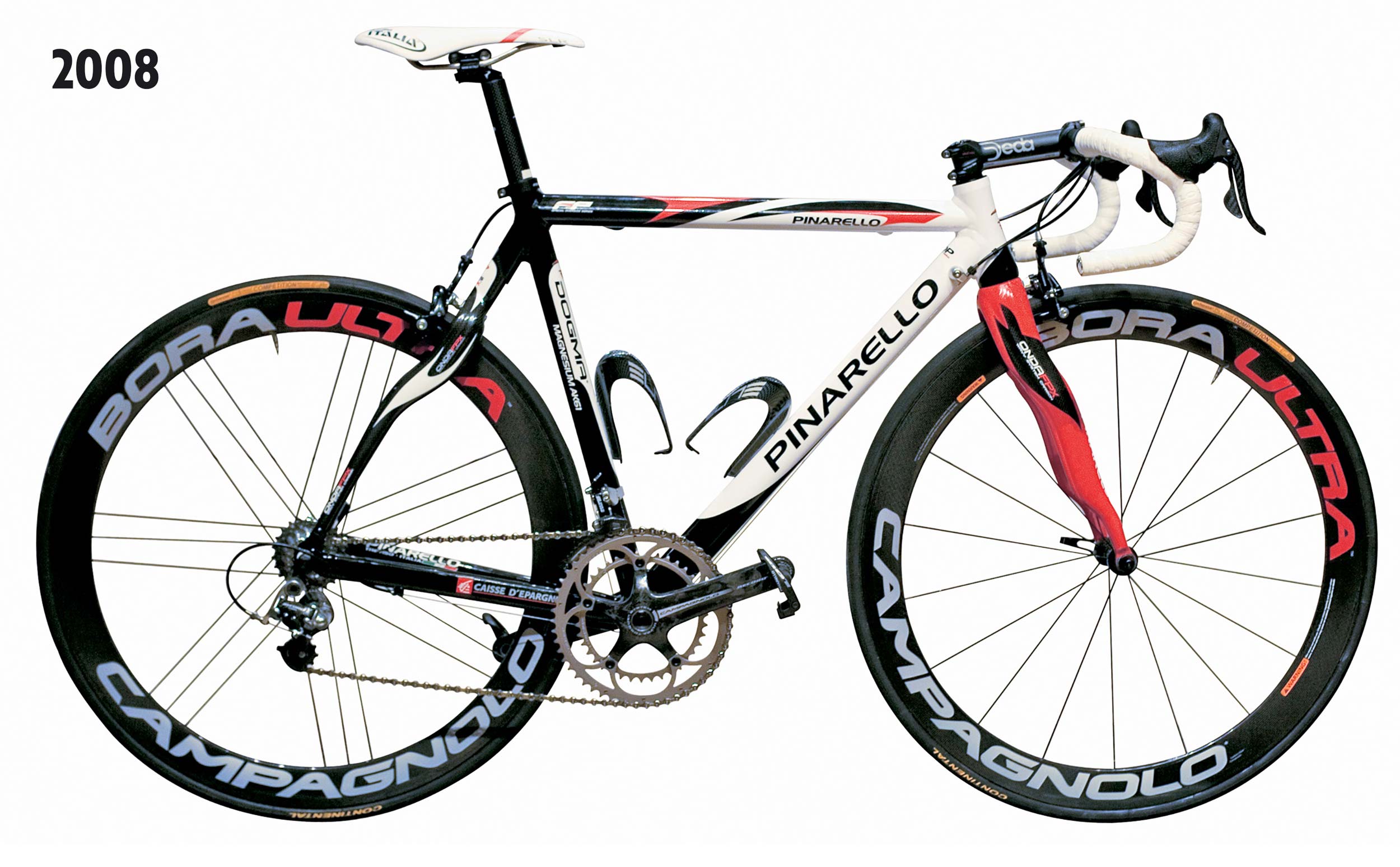 Ah yes… aluminium front triangle, carbon-fibre stays. Remember that trend? It was so prominent… for a year or two. 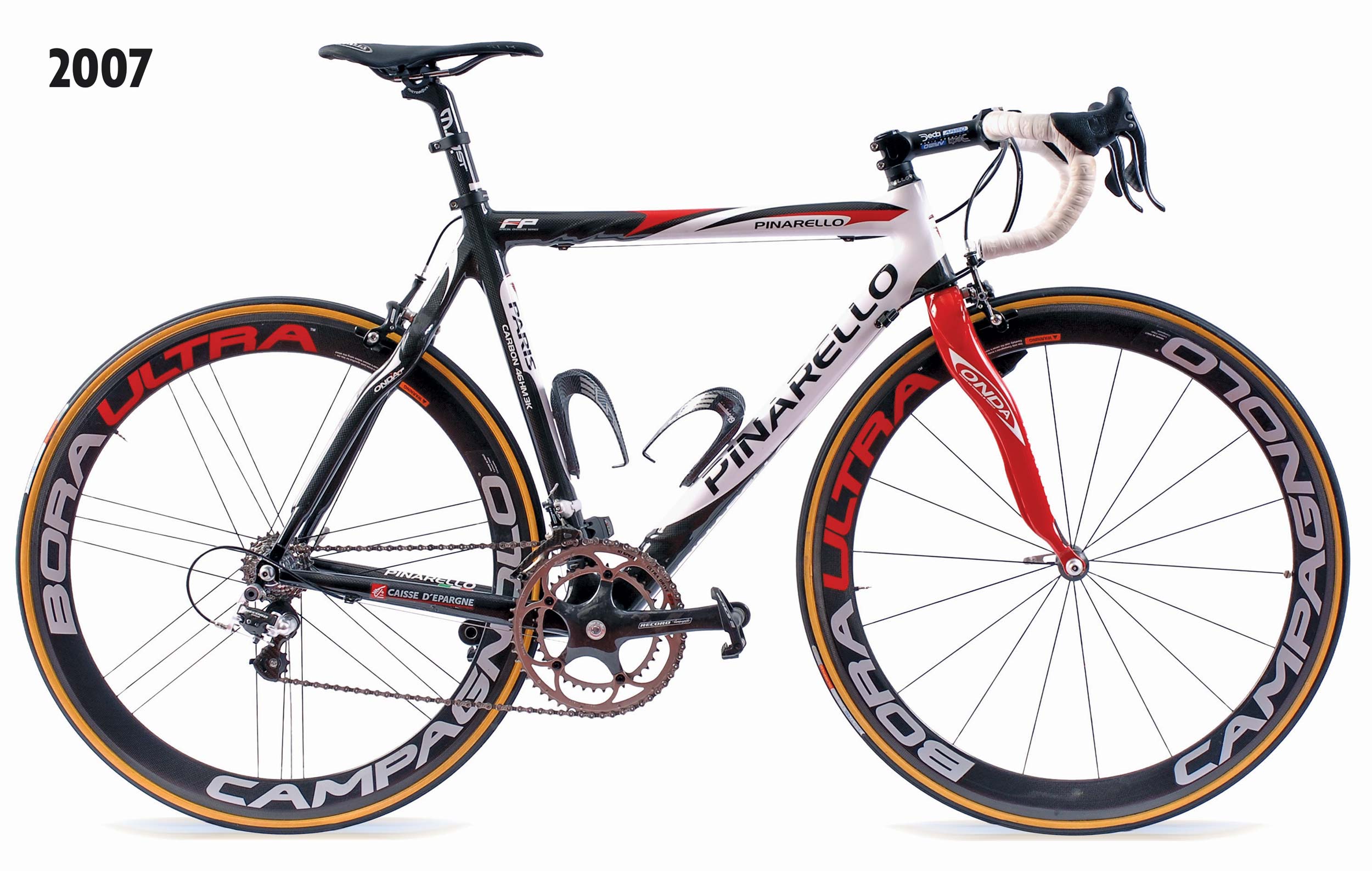 Squiggly forks but the stays are still pretty standard… (but not for long). 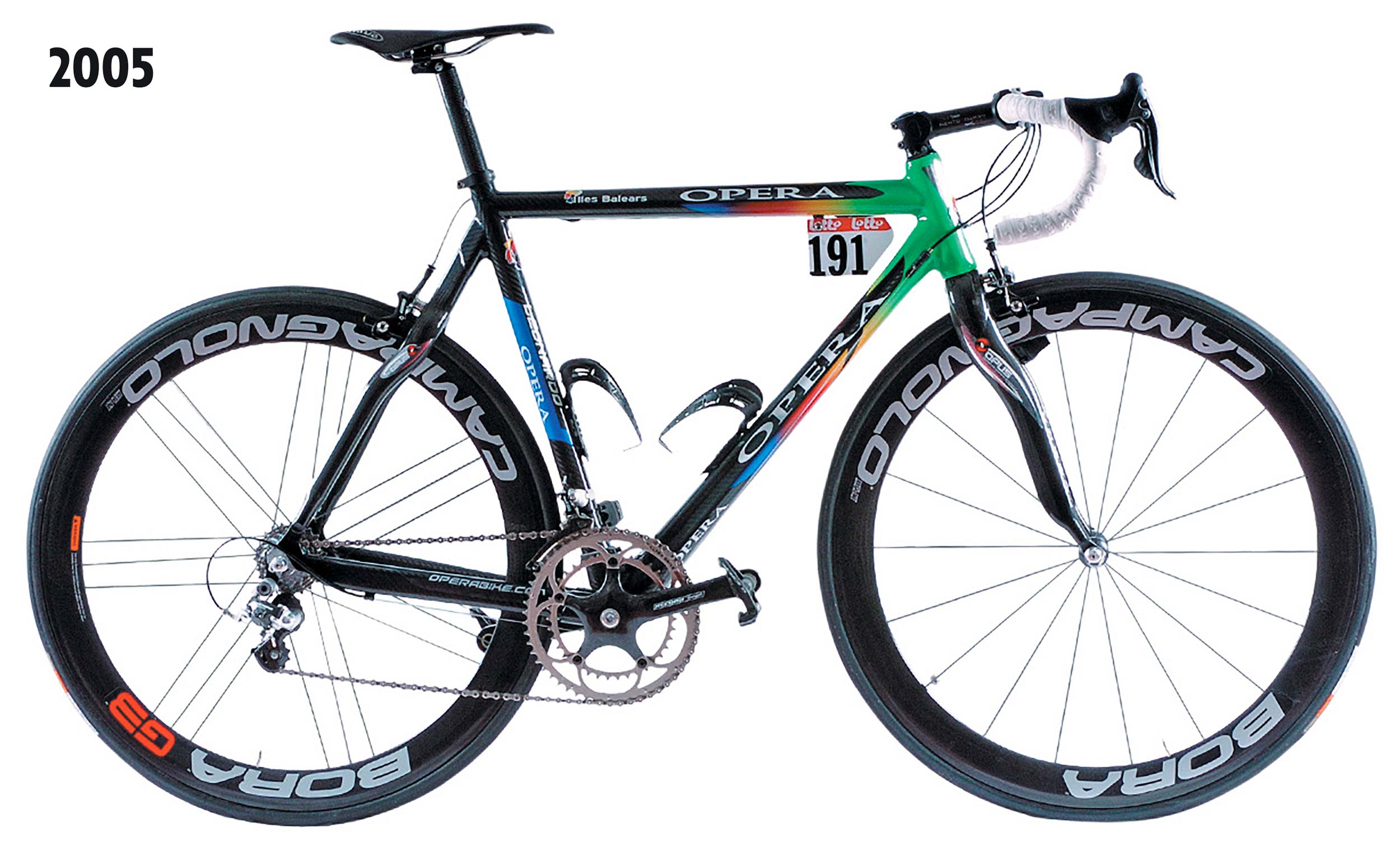 Before Caisse d’Epargne, the naming-rights sponsor was Illes Balears… and the bikes were Opera, a subsidiary of Pinarello. 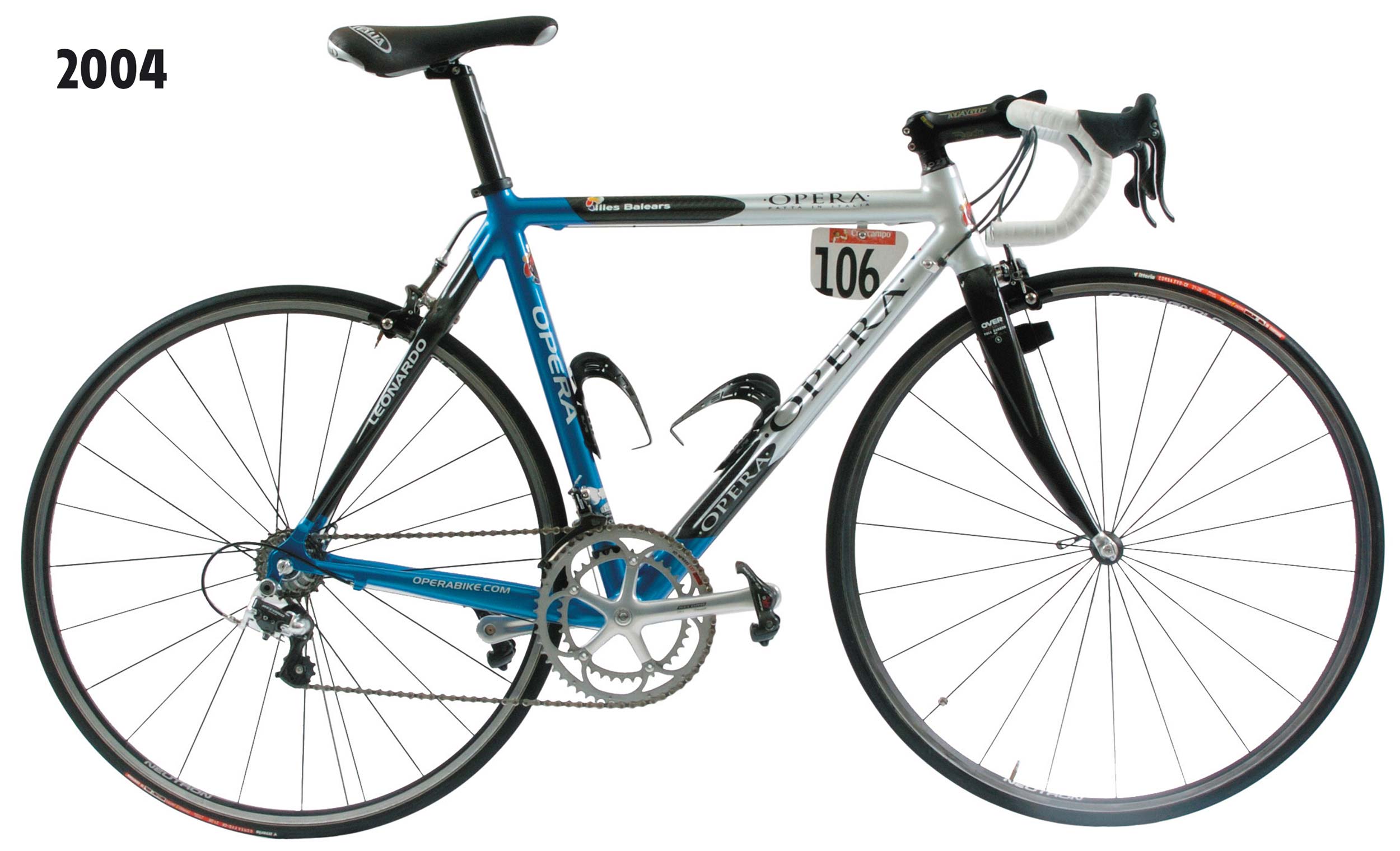 Ah… couldn’t resist going back to 2004 just to showcase the cute little Neutron rims and an aluminium frame – and, frankly, a bike that looks like it is from much more than 16 years ago.

What do you want to see next? What is your favourite team bike from over the years?

Don’t be shy, offer a comment on our social media pages when you see these posts. There’s a lot of history on this one page and it would be great to read what you think when scrolling through this collection.