As part of a series of reviews on pedals – and, in this instance, a new power meter system – here is an overview of the new Wahoo Powrlink Zero pedals, launched globally today.

It’s early days and, without having used them yet (as they only arrived yesterday), it’s too soon to say much other than: wow, the Wahoo Powrlink Zero pedals (with power meter) look great! While supply chain issues continue to have an impact, this product launch also comes with a disclaimer that’s not too common in 2022: they are available to buy.

Yep, if you’d like these new pedals, you should be able to buy them. That’s the theory at least.

They don’t come cheap, but the release of Wahoo’s new Powrlink Zero pedals – complete with a power meter that can be either double-sided (AUD$1,500), or left-only (AUD$950) – is an anticipated one that is likely to have many riders reconsidering their pedal / cleat / power data acquisition package. 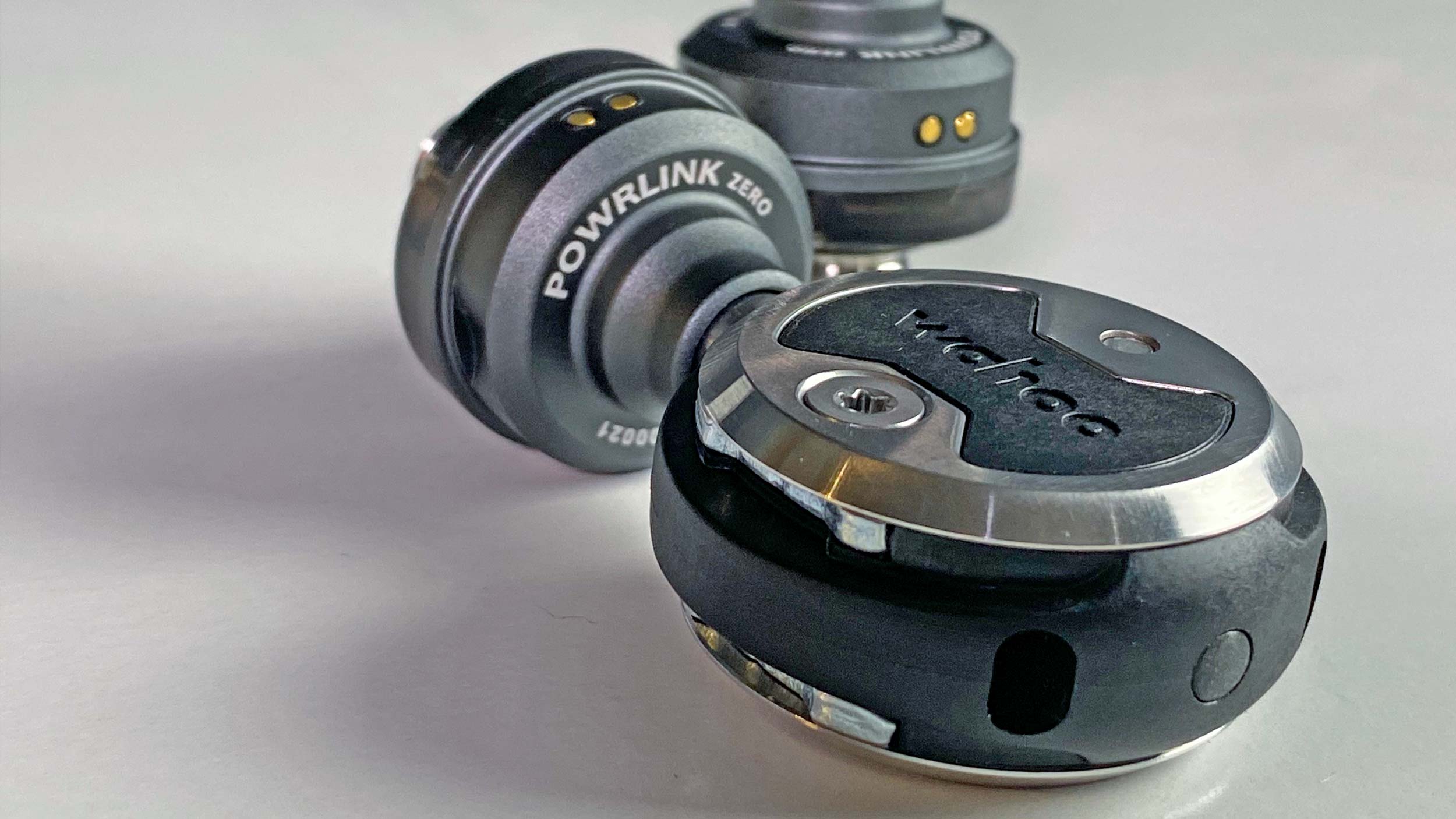 If you’ve been using the double-sided Speedplay pedal system, there won’t be much adaptation required. Go to shop, buy new pedals, admire packaging, remove from box, charge the unit(s), unbolt your old pedals, replace with (renamed and rebranded) Wahoo Powrlink Zero pedals… ride. Collect data. And… well, keep on riding as you have before but with a little extra bulk where the pedals meet the cranks. 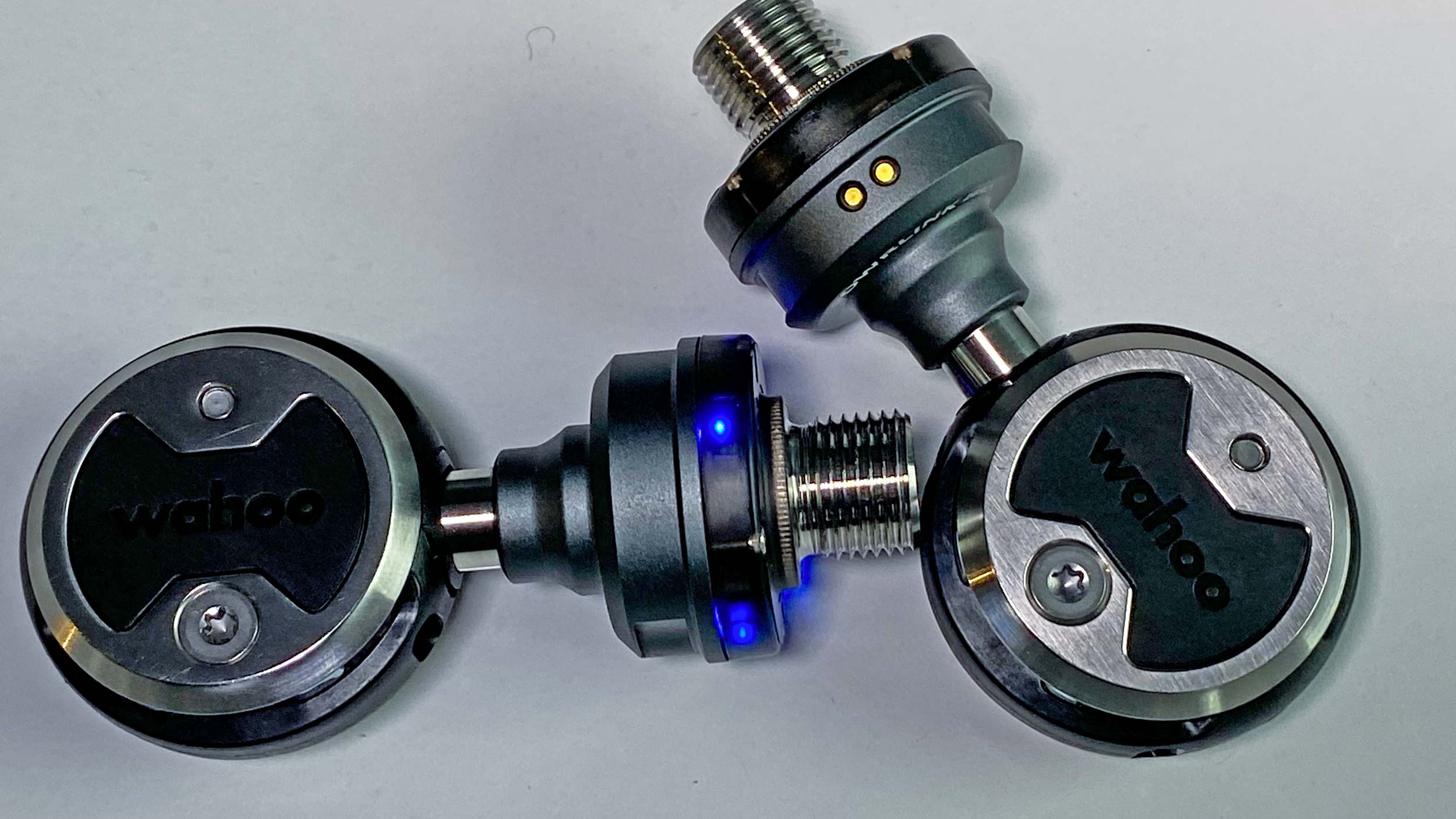 There’ll be other cycling media outlets that explain the intricacies of how the system functions and what they’ve learned from a few weeks of riding with the Powrlink Zero pedals. Some received their samples a while ago, but RIDE Media only got a review set yesterday. (It’s interesting to note that some sites are still adding an ‘e’ to the ‘Powrlink’ title, despite Wahoo continuing with its naming protocol of dropping vowels for the sake of achieving… well, let’s say, a point of difference.)

Some journos have sampled how the system works and some might even try to explain the technical elements of what is a hugely complicated product that is presented in very elegant packaging. And some sites will also be hosting large advertising campaigns from one of the market leaders in cycling tech. (But, of course, that won’t sway their judgement as they explain the merits of the system.) 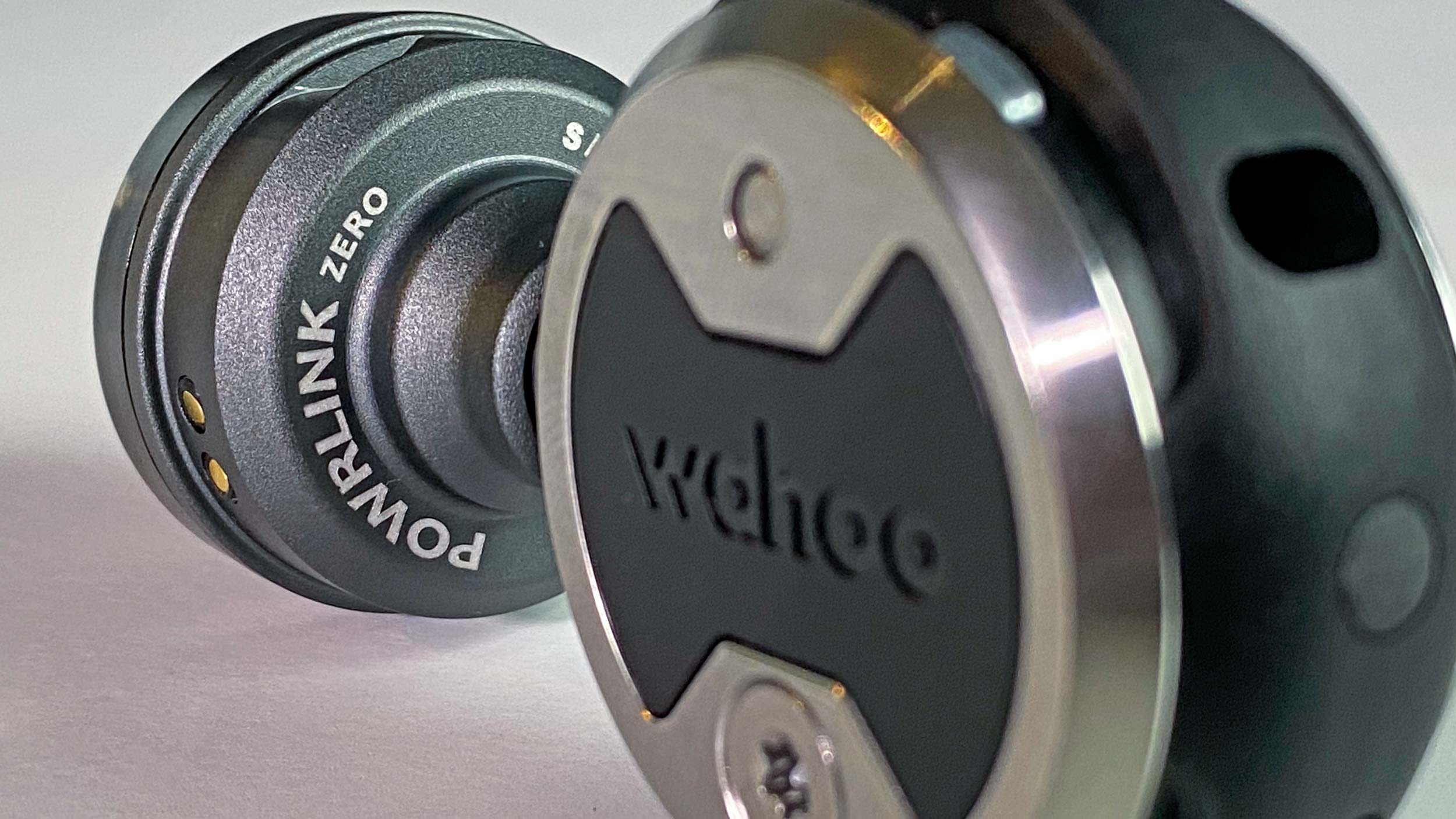 Welcome to ‘End-Of-Embargo Day’; a time when, all of a sudden, a previously unseen product appears everywhere in the cycling realm. It’s not a new game but it’s nice to play it again after a few years of supply chain issues impacting how products are launched, reviews arranged, and hype built.

There’s a lot to be hyped about, so I’m not suggesting that I won’t get carried away with commentary as well, but it’s just going to take a little longer to make my assessment as I use and learn more about them. 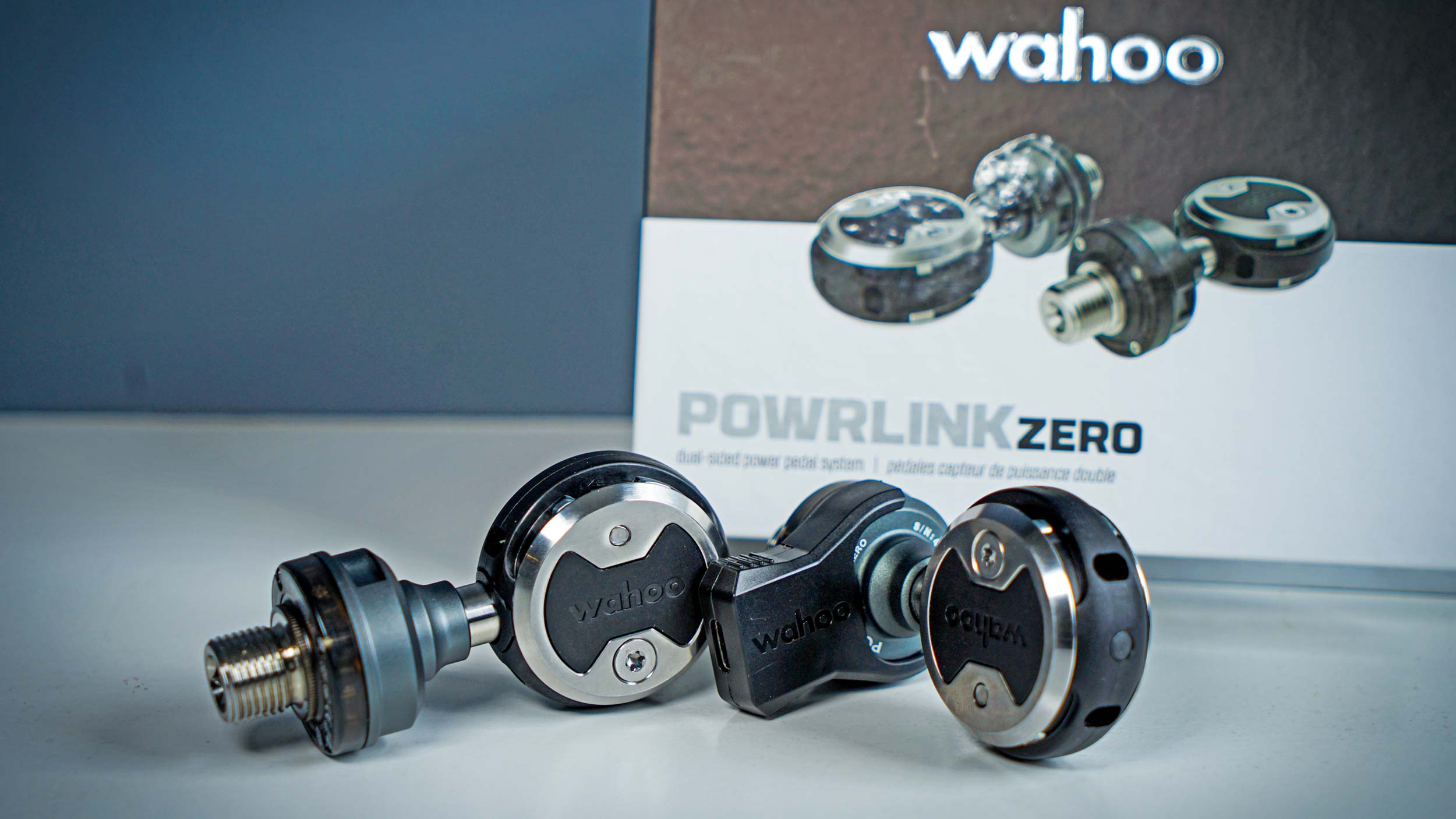 Making the switch: a new system for many

Clip-in pedals and power meters aren’t new. And Wahoo isn’t the first to combine these two ‘modern’ cycling products in one item, but the Powrlink Zero is likely to have a strong impact on the market despite the considerable retail price. It’s quite an investment but you get a lot of bang for your buck, with a pedal/cleat system that has been around for years and refined over time.

The ‘new’ element is the tech that is also housed on the pedal axle. Spin the Zero and you will see tiny blue lights spark up, because Bluetooth connectivity is part of the deal. (Fret not, I’m not going to even attempt to explain how all that works. Either it does or it doesn’t – ie. for the customer, it’s either good, or it’s not. And I’ll report on that process when data starts being transferred from pedal spindle to my Wahoo Elemnt Bolt.) 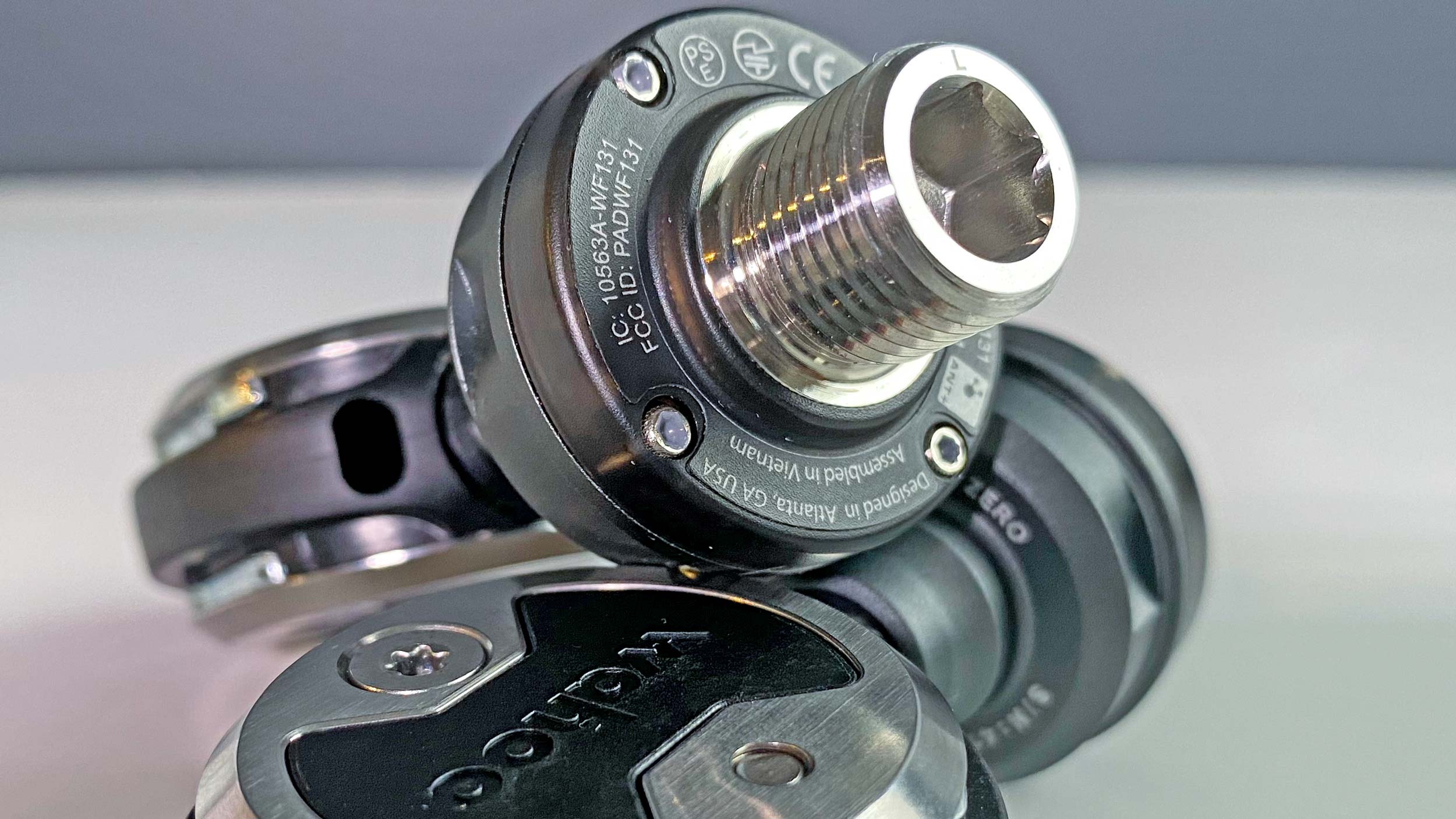 This is the Speedplay double-side pedal system. You’ve surely seen it. You may have used it. And you may understand it. But if it’s new to you and you plan on buying a set of the Powrlink Zeros, settle in: changing pedals and cleats isn’t always a simple process.

Remember to breathe. Don’t rush it. Get the adjustments right and don’t compromise when it comes to getting things right if you’re swapping from another pedalling system.

Yes, it’s easy to use once installed on your bike. And yeah, the cleat fitting can seem complicated but take your time, read the instructions, use the adaptors and shims if you need to… and find the sweet spot that you know will serve you well. Then clip in, ride, collect data… etc. 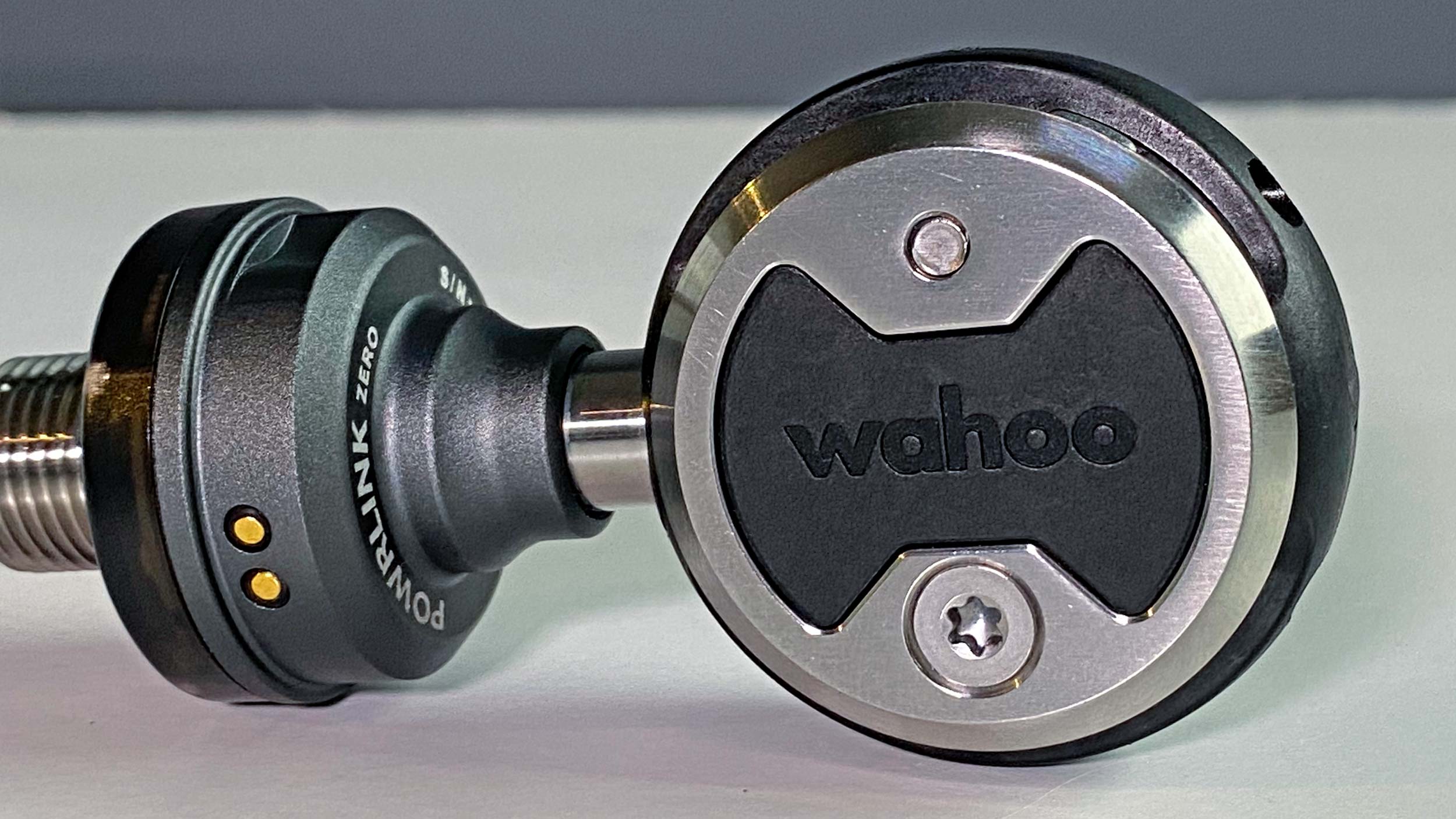 Having recently swapped from Shimano pedals to Time, I know that there can be a bit of fiddling around for a few rides. The stack height can vary considerably between brands, so you want to get your set-up right before going for a long ride. There are also other variables, like the nature of the float, the amount of movement offered before release, the level of tension that can be applied, etc.

Changing pedals can mean more than just adjusting the cleat position, it could also mean you alter your saddle height and maybe even make a few other tweaks. (Again, don’t rush it: get it right and your knees and spine will thank you later.) 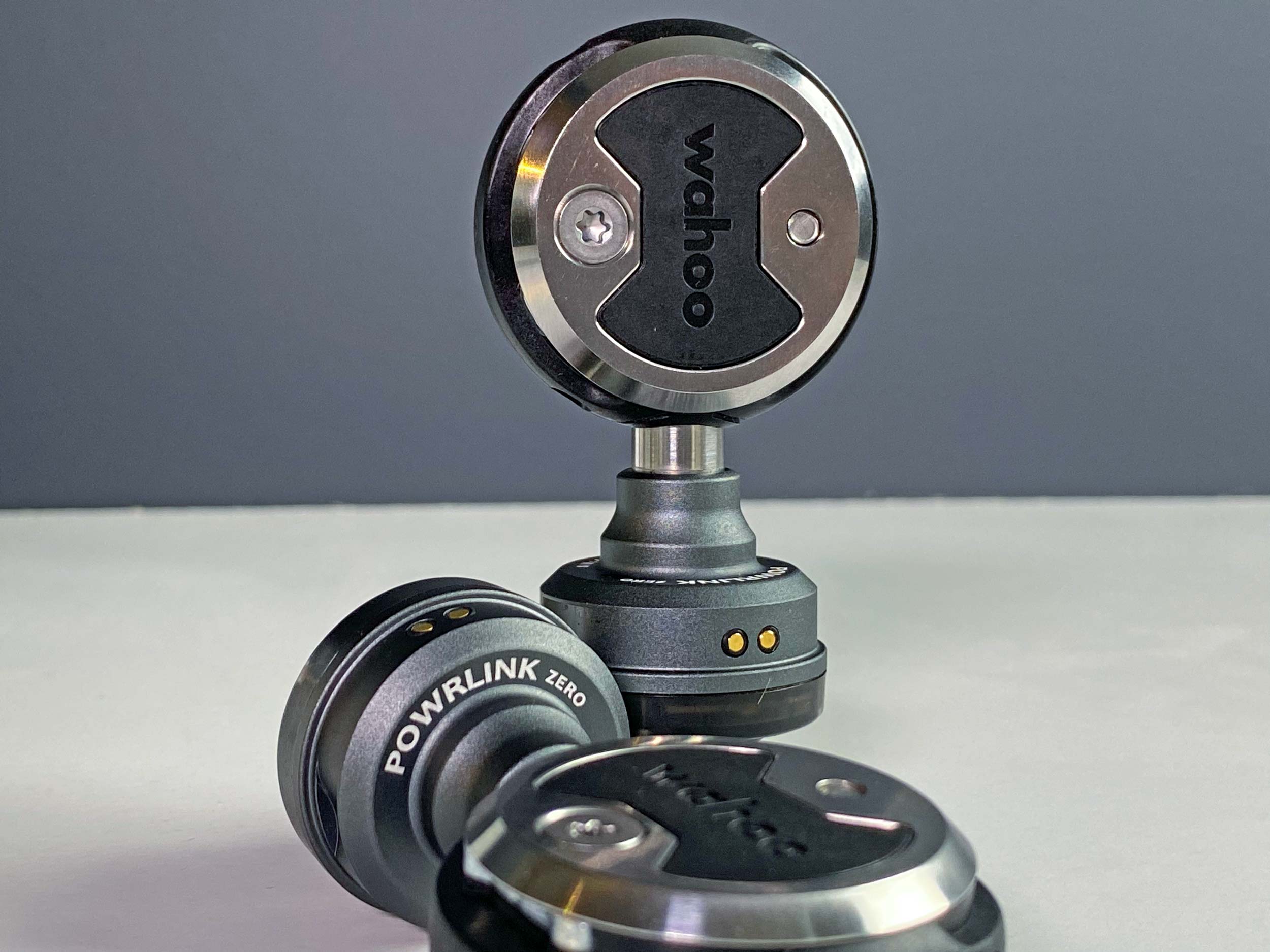 With the Powrlink Zero, you get up to 15 percent float, and you can adjust the cleat to suit your release preference. It is, after all, the cleat that does the bulk of the ‘work’ with what was once called the ‘Speedplay system’. Now that Wahoo owns that company, we’ll adjust our lingo accordingly and, before long, it’ll be known as… yep, the Wahoo system.

It’s easy to use and as intuitive as you could hope for. And when you start using a double-side engagement system, you realise how useful it is. The first few rides may be a little strange, but it won’t take long before you don’t even search for the pedal. You’ll roll away from traffic lights, ‘click’ in to the pedal, and onwards you’ll ride, only now you will get numbers on your screen that the Bluetooth / Ant+ signal sends to your cycle computer of choice. 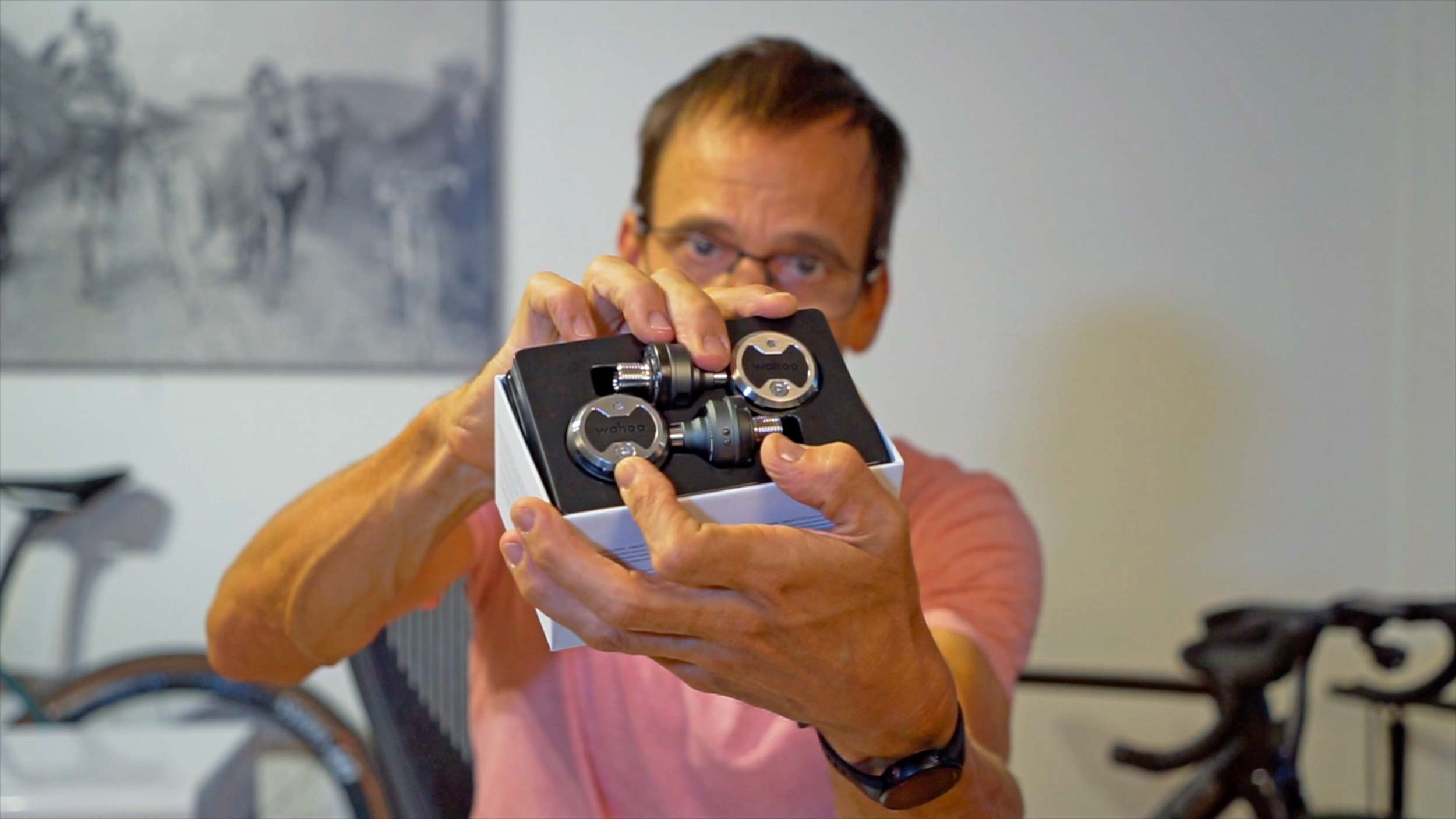 No big surprises with the unboxing

So far, I’ve done little with these pedals other than unbox them, photograph and film them, and then put the pedals (and cleat hardware) on the scales. The pedals look fantastic and the way they are presented by Wahoo is first-class; it does seem as though you have some new cycling exotica when you receive the package!

In the coming days I’ll find out a lot more and – as you may have come to expect from RIDE Media – there’ll be an ongoing series of reviews, videos and commentary about the things I notice while sampling something new.

I won’t have these pedals for long, they are a review set and I’ll soon have to pass them on to someone else to sample. While I have them, however, I’ll be sure to record my thoughts, and showcase how they function.

There won’t be a lot of tech in my reviews but you can find plenty of details on how the power meter works and what the benefits of the Powrlink system is on the Wahoo site.

Of course, if you have any questions, don’t hesitate to add a comment to the YouTube reviews and/or via other social media portals.

I’m excited to be reviewing products again and am looking forward to going for a ride with the new Powrlink Zero pedals. First, I’ve got to fit the cleats and pair the power meter to my Wahoo Elemnt Bolt cycle computer. Once that’s done, you’ll see a lot more content about this intriguing product.

It’s new. It’s said to be available now. It’s not cheap. But it is great to see innovation in cycling products continue to evolve.