Part four of the #StoryOfMyBike ‘Pro Series’, featuring the collection of Mark Renshaw, is about a Cervélo S5 that he raced with the Dimension Data team in 2018.

In the fourth episode of this series, Mark Renshaw demonstrates that he’s got a good yarn about every bike he’s raced. What makes it even more interesting is that he’s able to weave in racing references while talking about cycling products, and then even conjure an anecdote about a former team-mate or two.

This time, he talks about the Cervélo S5 that he raced in the final year of that bike brand’s association with the Dimension Data team.

Mark manages to avoid too much controversy early in the interview when he politely explains that the team wasn’t allocated the new iteration of the Cervélo S5 in 2018 even though it was available before the Tour de France.

News broke relatively early in the season that Dimension Data would be switching to BMC bikes and so the team’s riders raced the whole season on the S5 you see featured here rather than the current model (ie. the frame with the integrated handlebar and stem, and significant improvements in aerodynamics).

Mark is now an ambassador for Cervélo so he knows what it’s like to ride both the new and old S5 frames and he believes there are significant aero advantages to the new design. That is, of course, what the company would like us to believe but the honesty of his explanation gives it some real credence. 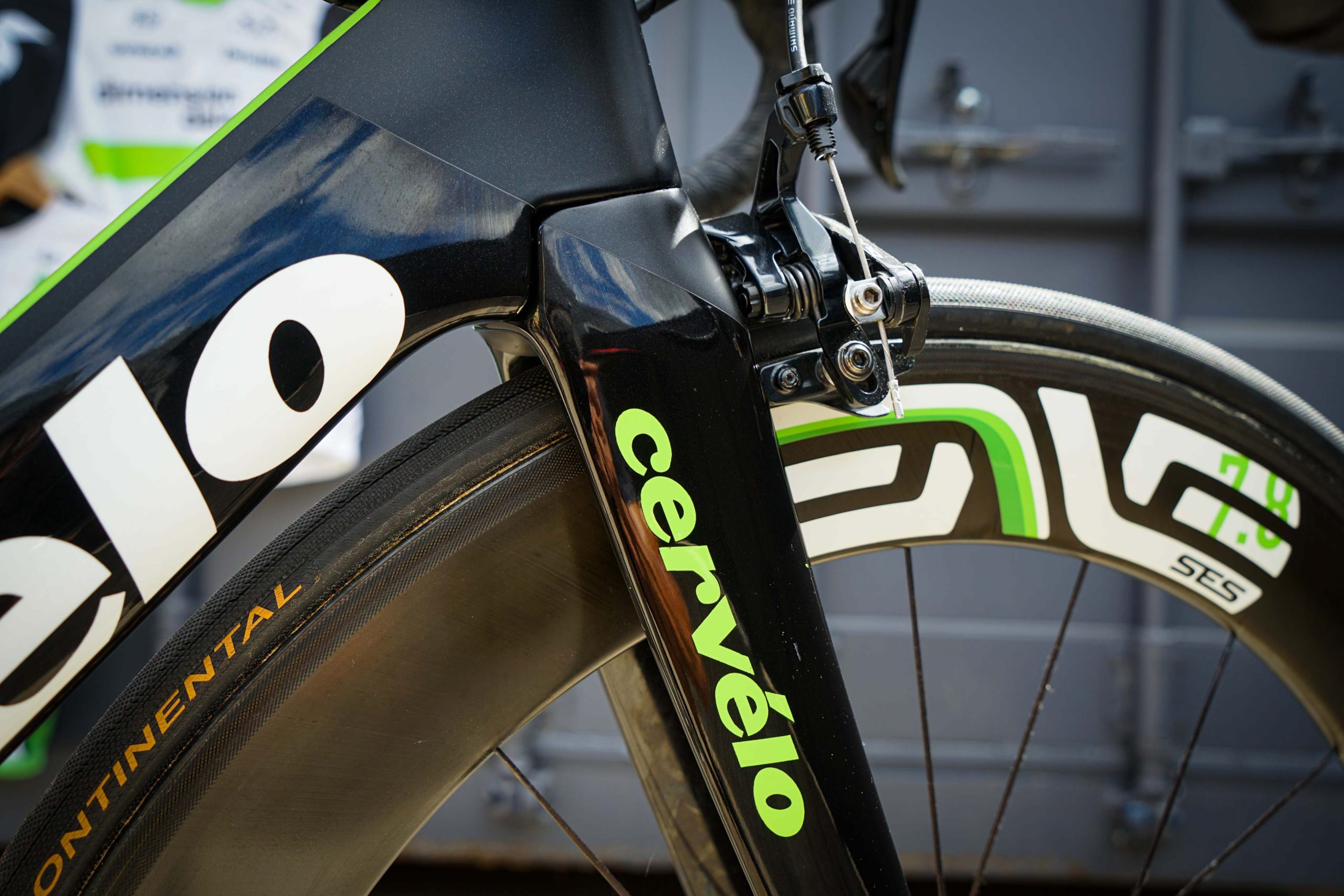 It’s a long interview but it’s not only about the bike. Mark talks about the lessons learnt from the wind tunnel and how aerodynamics impacts sprinters (and/or lead-out men) and why it’s different, for example, to the aero quests of TT specialists.

There is, of course, a need to generate short bursts of extreme power and so the riding position is entirely different to long, sustained efforts. 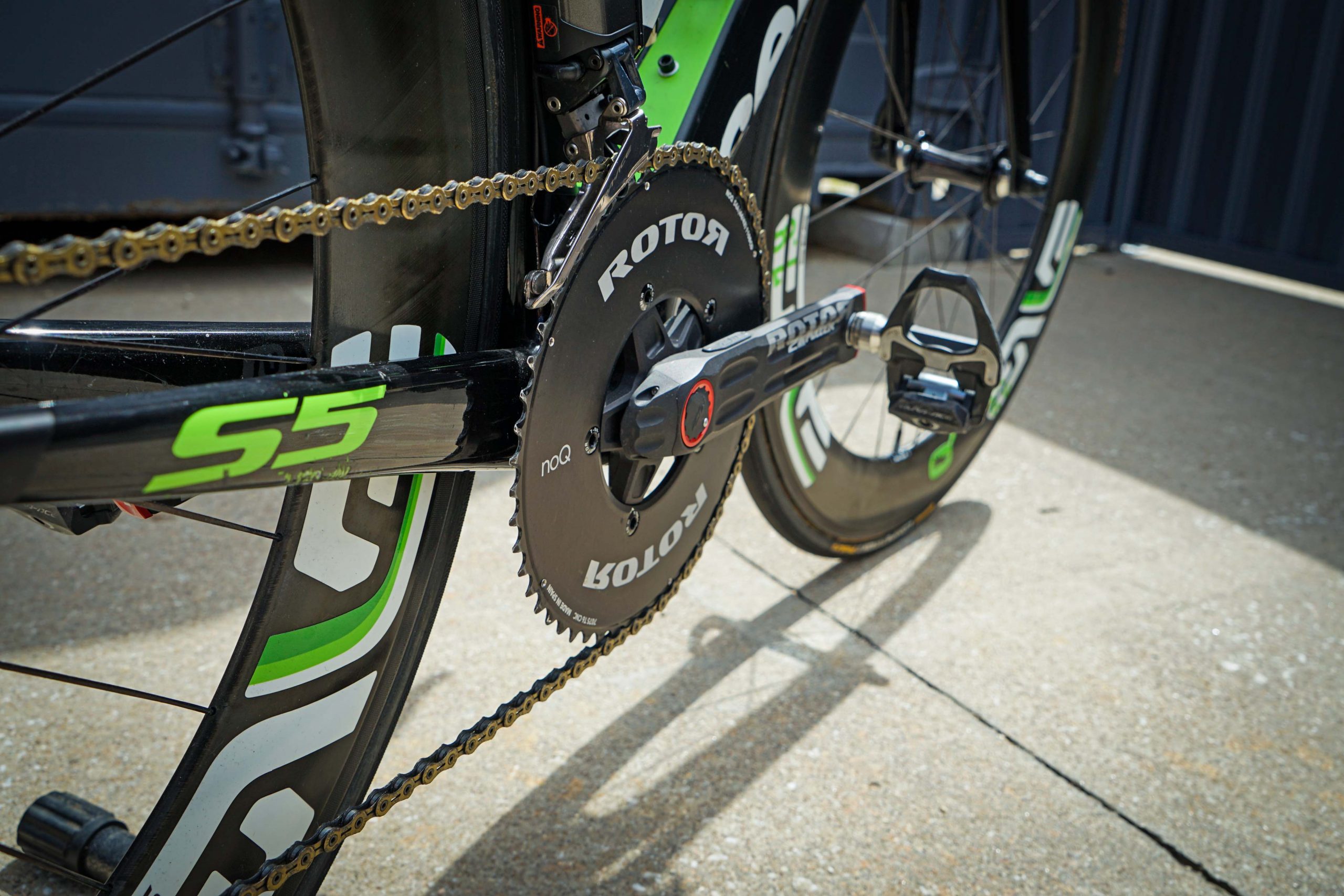 Towards the end, you’ll hear Mark explain some curious antics of his long-term team-mate, and good friend, Mark Cavendish. The Manxman, we’re told, was prone to unclipping from his pedals frequently when he raced. (Hmm, bet you didn’t know that before.)

Another thing you might not have known is that the reigning world champion, Julian Alaphilippe, made his pro debut as a domestique for Renshaw… and although Mark has huge respect for the Frenchman, he wasn’t a huge fan after their first race.

Watch the video and learn a little about the bike and gain some insight into the pro peloton.

The series will continue… as there are still plenty more bikes hanging from the ceiling at Renshaw’s Pedal Project, a bike shop in Bathurst owned by Mark. If you are ever in his hometown, be sure to drop in and have a look. You’ll see this bike and plenty of others, as well as a huge collection of prize jerseys from his many years as a pro. 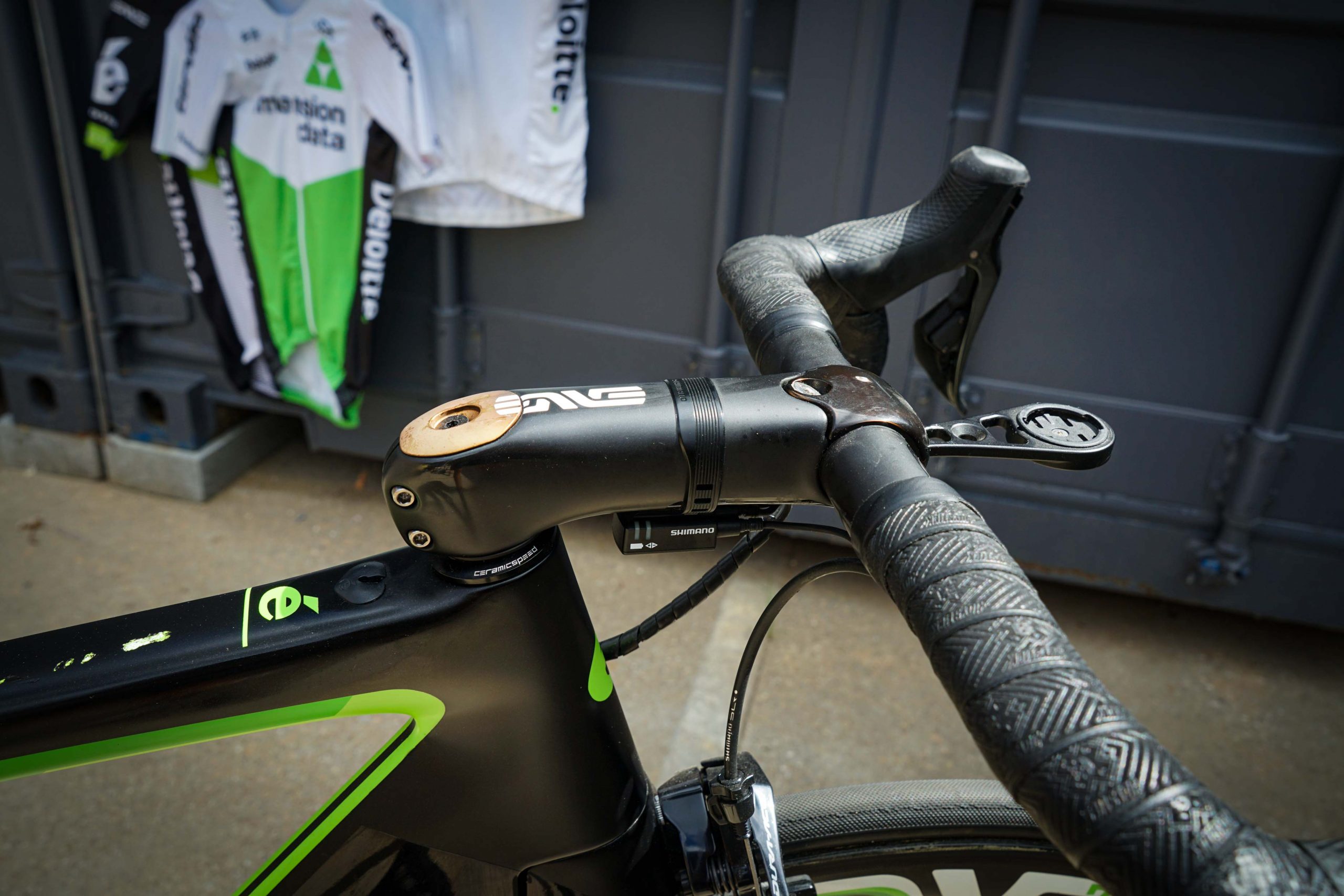 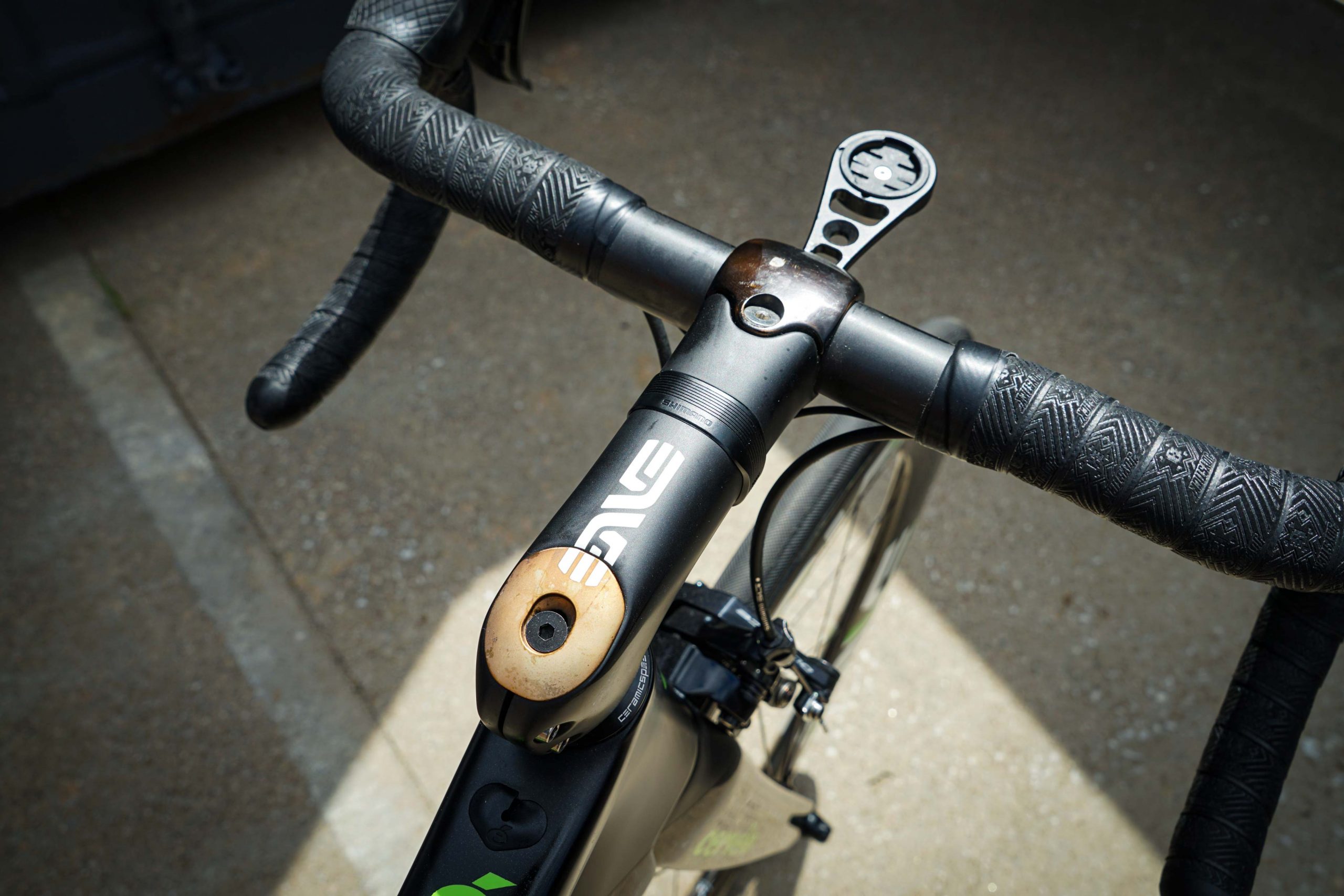 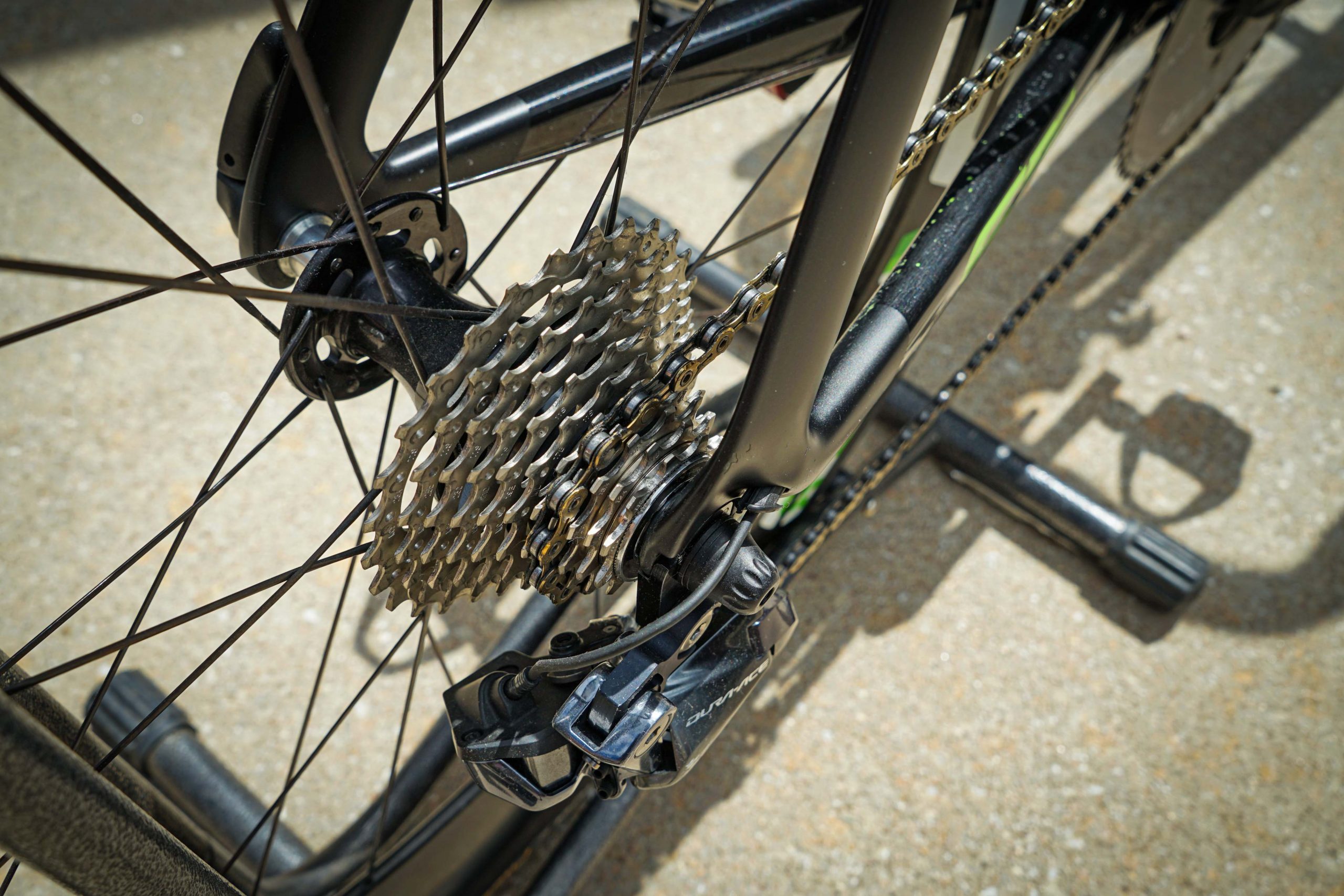 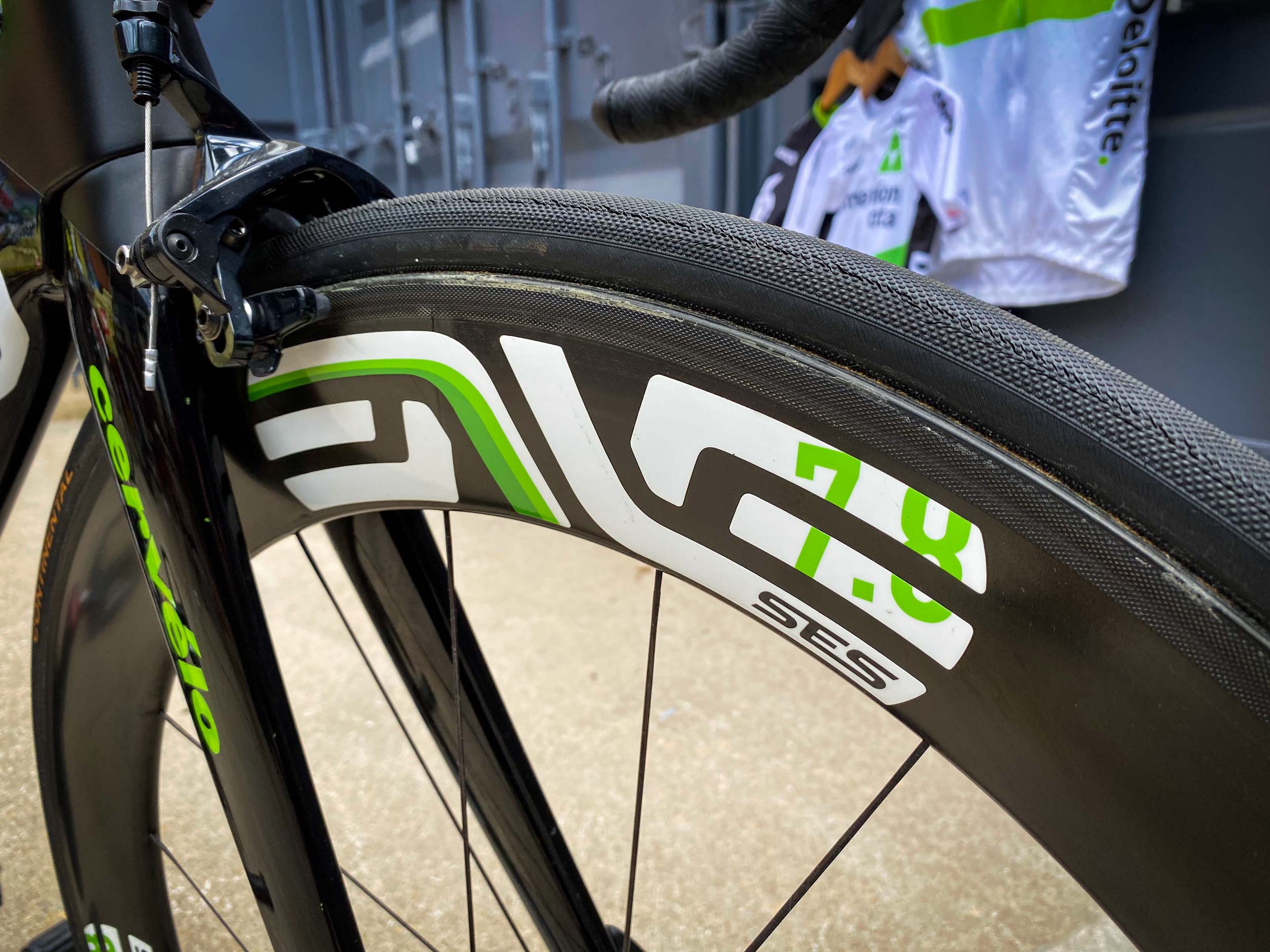 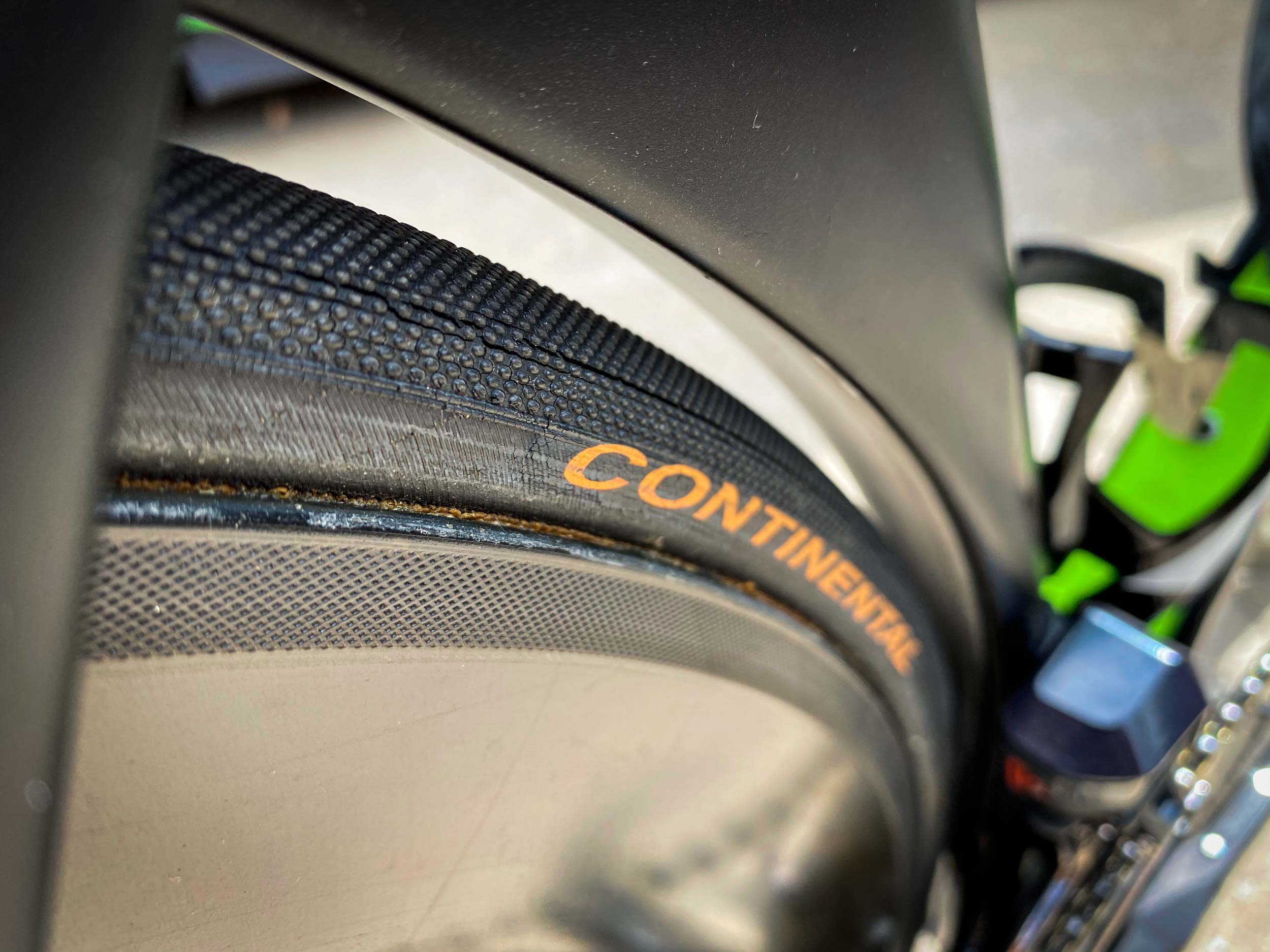 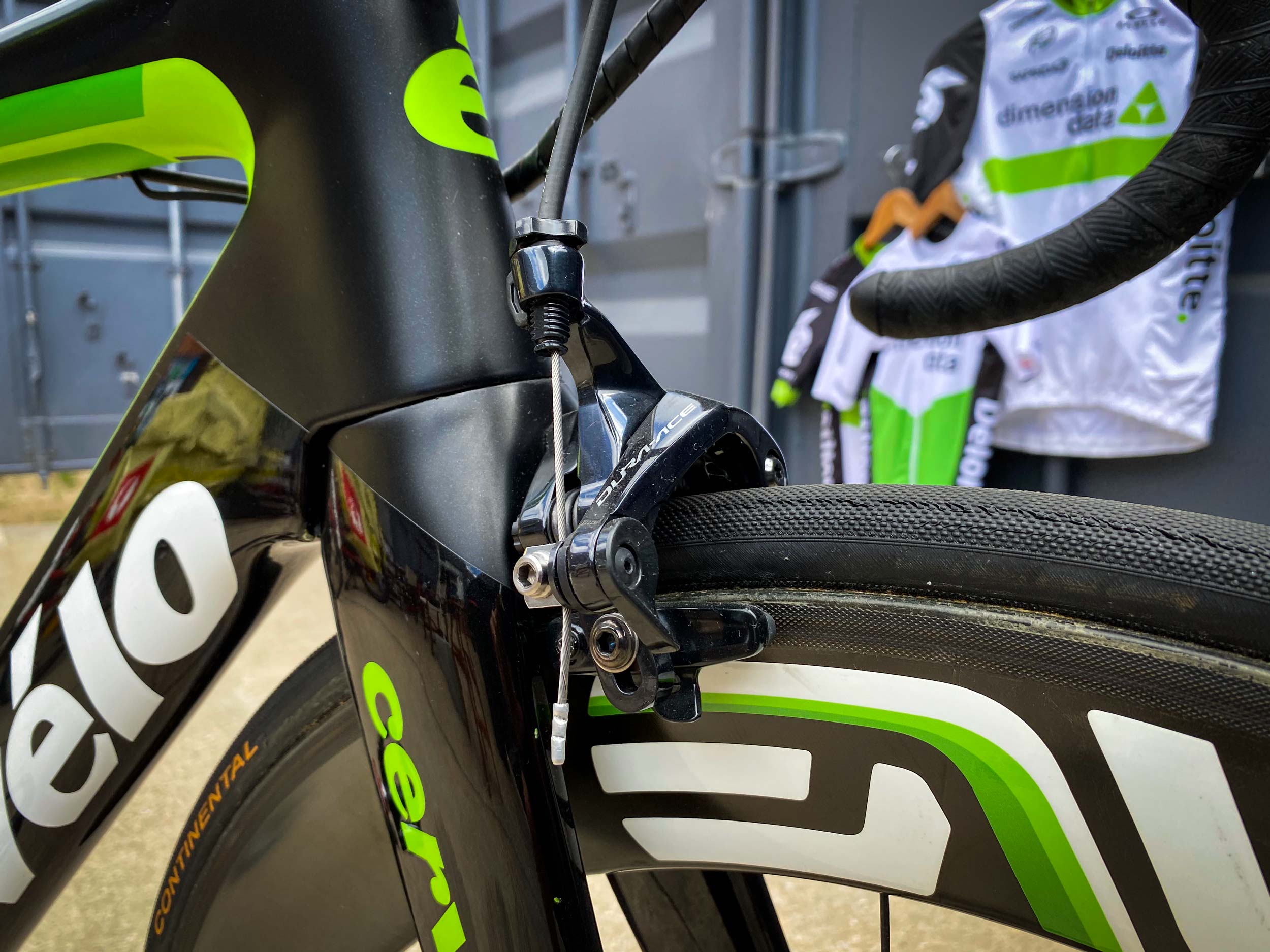 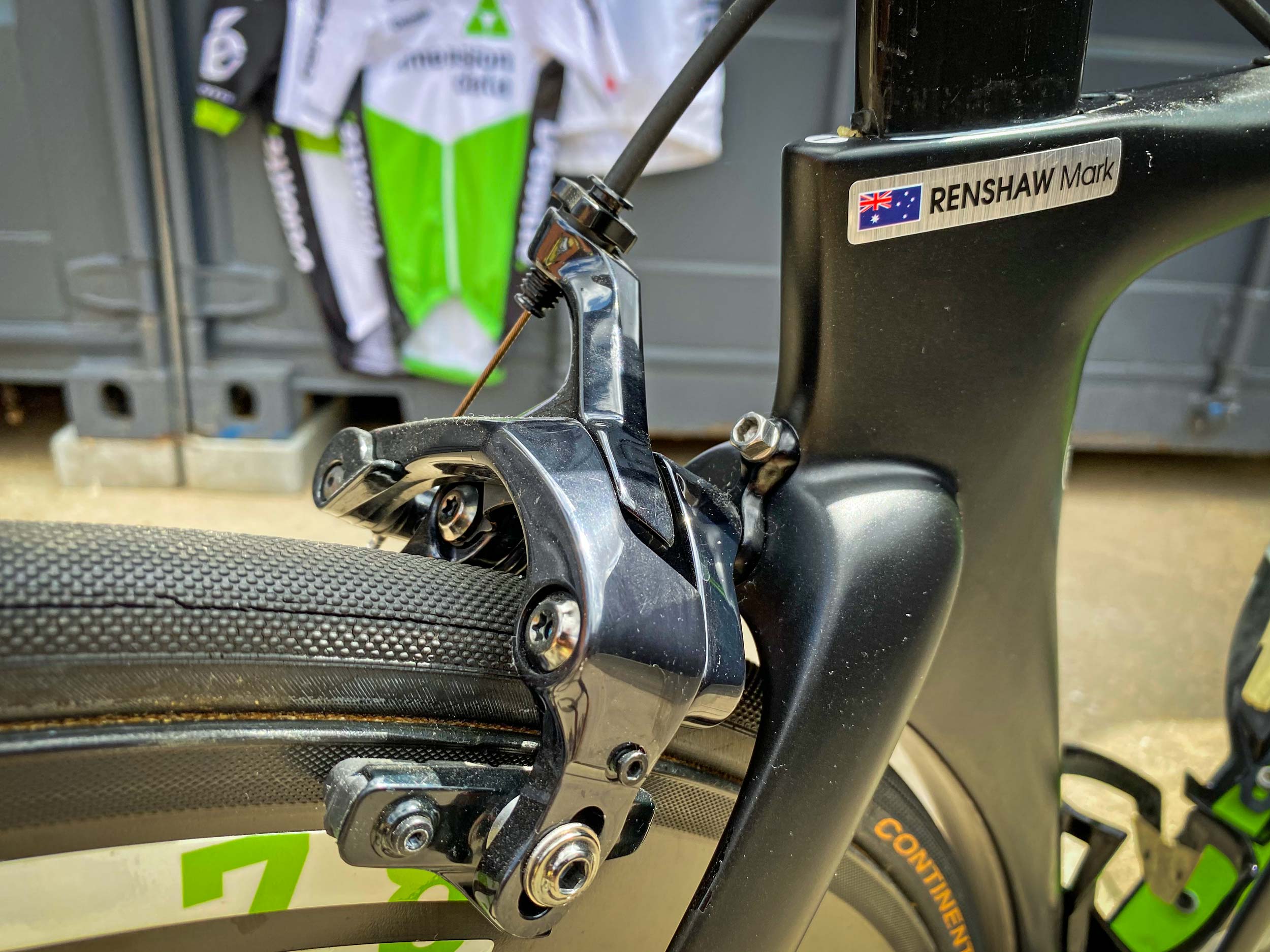 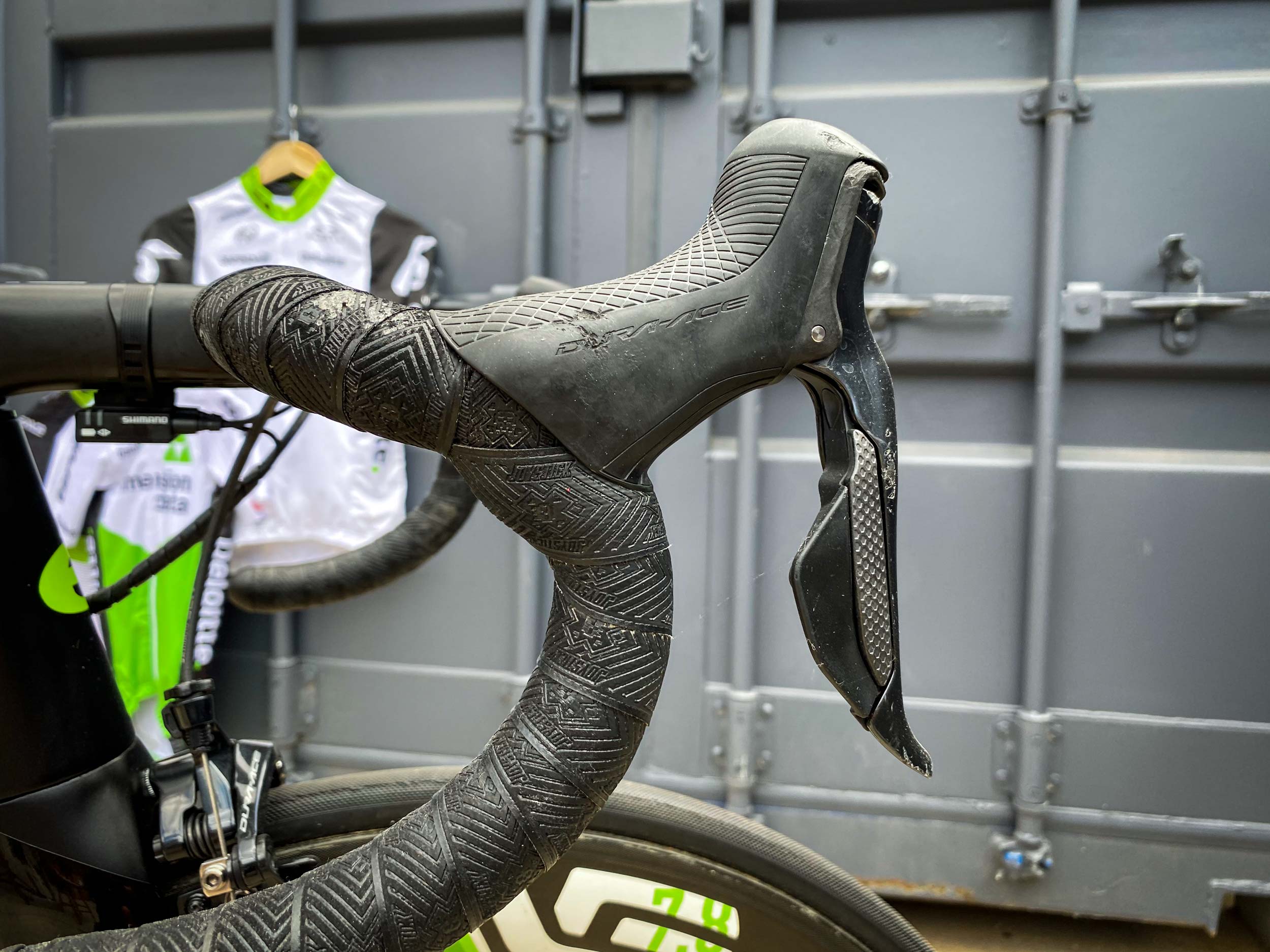 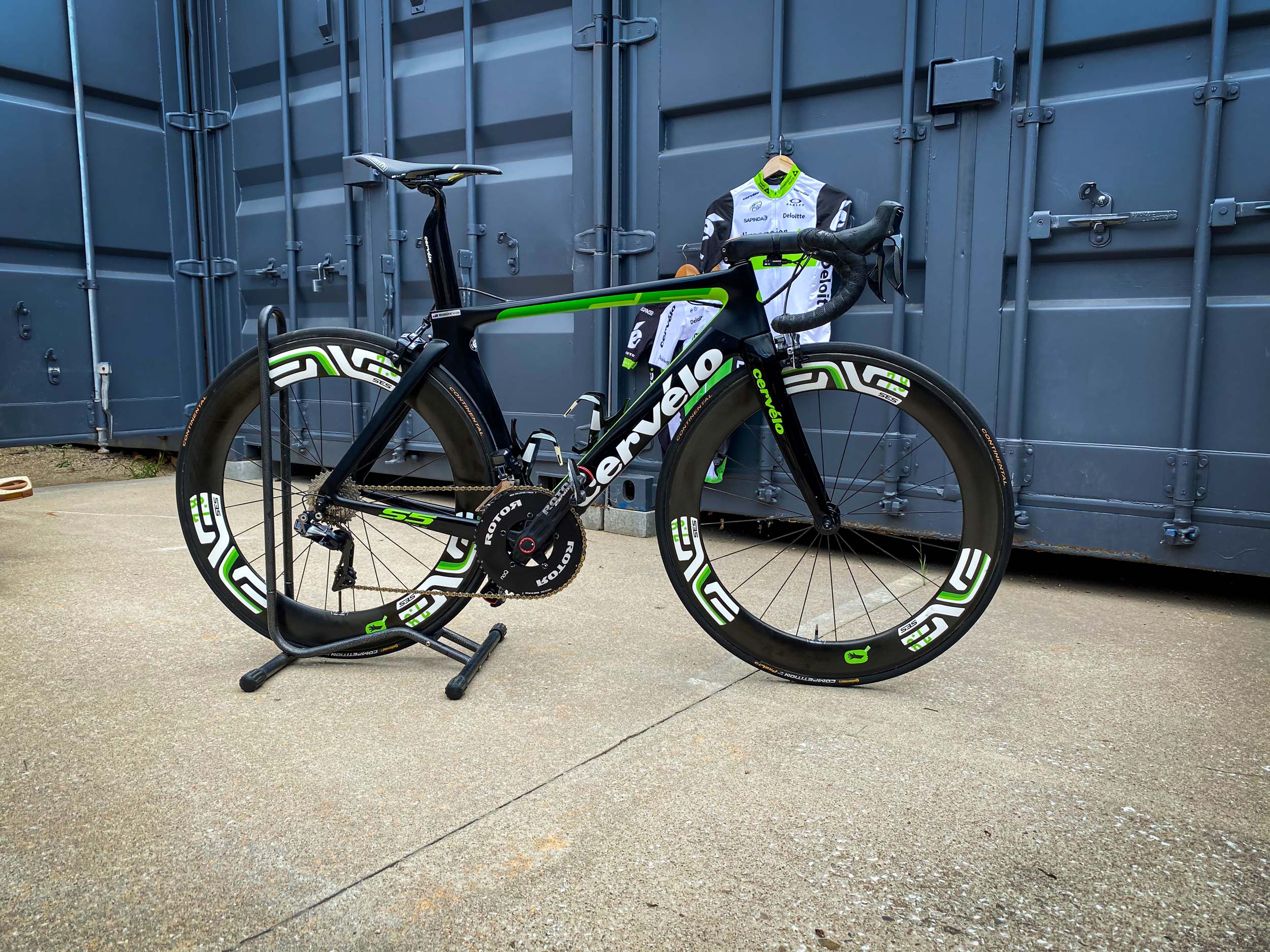