Lightweight, cool looking, and from a brand that has a long history in cycling, the Time XPRO 12 pedals have got me thinking about changing systems. This is part of an ongoing review…

Changing pedal systems can be a big deal. If you’ve found something that suits your cycling needs, it’s common to stay with that for years… if not always. After a long time using Shimano’s system, there was an opportunity to review Time’s XPRO 12 pedals. I made the switch and, despite my hesitation to change, it’s been an interesting experiment.

After a little over a month of use, it feels as though I’ll stay with the Time system. It took a while to make the adjustment after so long with Shimano’s SPD-SL pedals but the review has reminded me that it’s good to shop around and try something different. 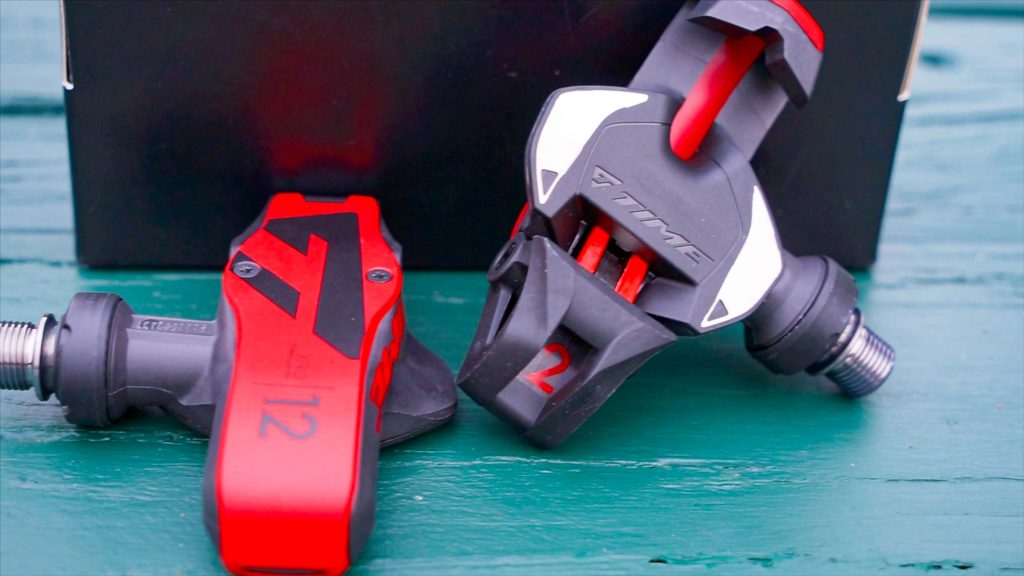 My early thoughts about the Time ‘iClic’ system are, most notably, that the nature of the float (16°, with the cleats that came with the pedals) is different, and that the tension setting could perhaps use a little extra strength.

(Note: there’s a no-float cleat option which I’ve not yet used and, as this is an ongoing review, I’ll report in when I’ve had the chance to try it.)

There are three tension settings; out of the box, they are set to the easiest release option. Turn a screw on the side of the pedal a quarter of a rotation (from the 12 o’clock position to 3 o’clock, if you like) and it’s the middle setting, another quarter turn and you’ll have the highest tension.

The ease of use – clipping in as well as out – had me believe that the tension was perhaps a little too loose (even in the hardest setting) but that might have been just mind games as I adjusted to the different float sensation and a different release mechanism. 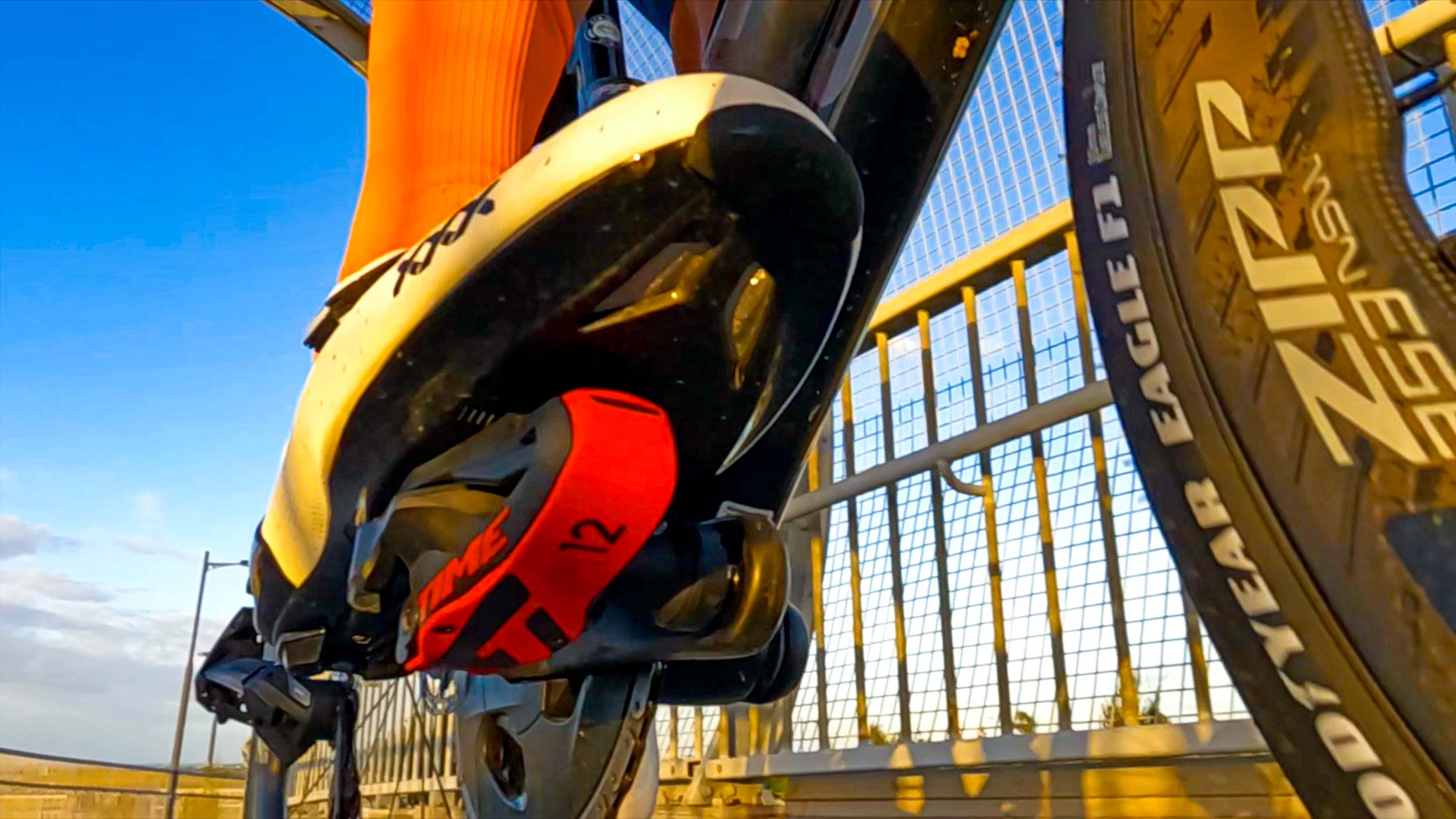 A highlight of the XPRO 12 is the ease of use; it is one of the easiest systems for engagement as the pedals welcome the cleat in a way that is not only intuitive but also particularly simple to clip in. Also, the larger platform gives a sense of surety that surprises me.

I’d never really considered that a bigger pedal would offer a different sensation underfoot because, I thought, the stiffness of current road cycling shoes means that most of the work is done by the sole rather than the pedal. That’s true to an extent, but I can feel the Time platform when riding; I’m not saying it improves my performance or distributes power better or any such claim, but it’s noticeable and I like it.

There is a different stack height between brands so there were a few rides where I fiddled with my saddle height until I found my sweet spot. Ultimately, there wasn’t much in it (ie. little difference from Shimano to Time) but the experiment has prompted me to push my saddle back about 1mm, while my saddle height is only a micro-millimetre higher.

The early rides were interrupted by stops to fiddle with my saddle positioning, but the cleat set-up was very simple and after only one minor change on my right shoe a few hundred metres after clipping in for the first time, I found the position I wanted.

The most immediate difference from Shimano is the nature of the float; with the Time system, the pivot is more in the middle of the pedal rather than swivelling from the front of the cleat (as per the Shimano arrangement). This feeling is obvious to begin with but the sensation settles quickly; it took around 30 minutes to adjust to and then it all seemed very natural. 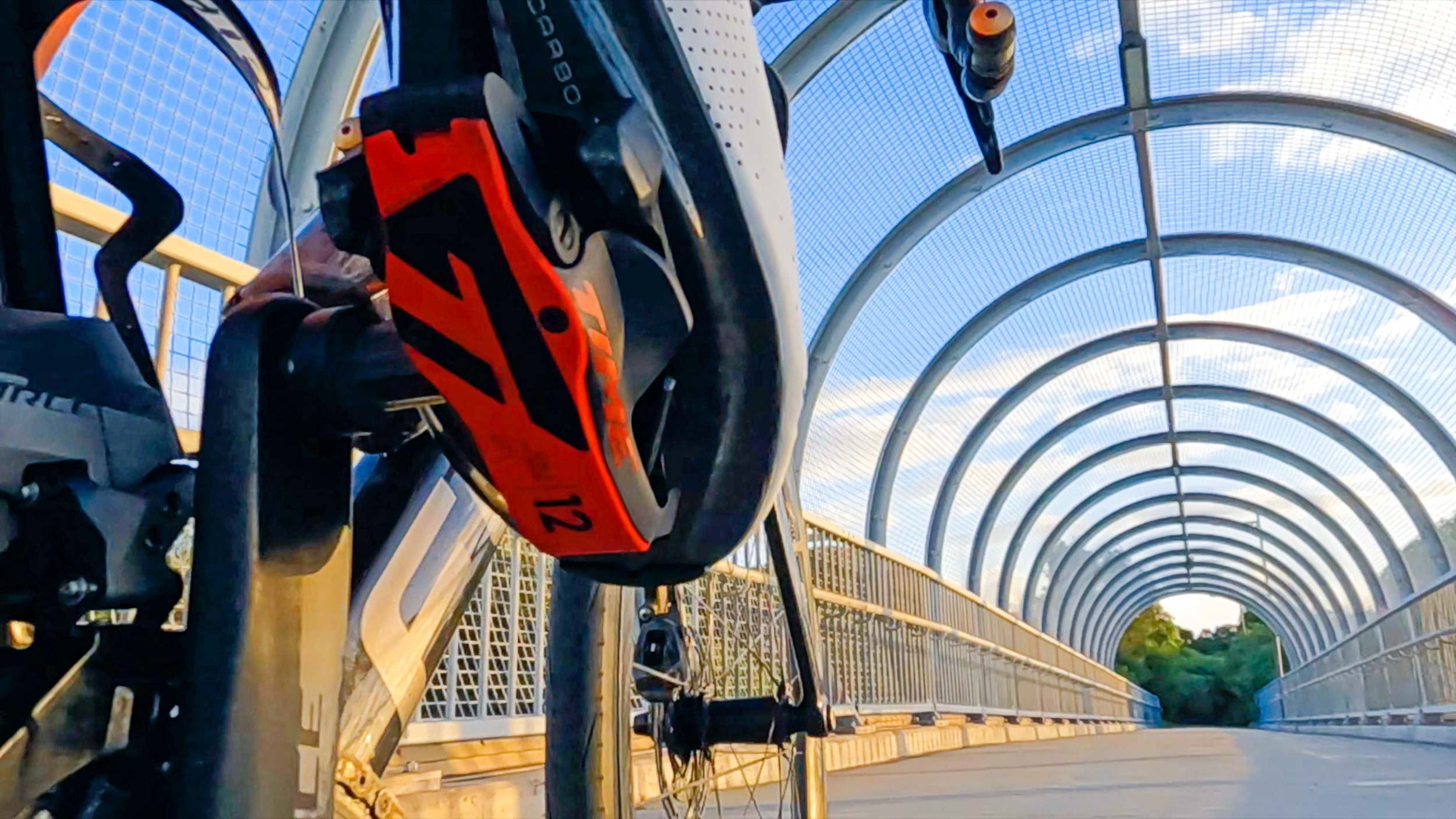 Watch the ‘First Ride’ video (link at the top of the page) to get my immediate impressions of the XPRO 12 pedals. I’ll write more about them as this test progresses but I’m already happy to have made the swap despite considerable hesitation to change from Shimano (as I say often while talking to camera about them while riding).

At AUD$452 (in March 2022), the XPRO 12 pedals aren’t cheap. They are the second-in-line in the Time range and they are lightweight and time will tell how robust they are.

After this initial month of use, I’ve found the right position for the cleat (within minutes of making the change) and I’m now used to the float/tension.

As you’ll see as I offload as many initial thoughts as possible, the change of pedals did get me thinking about all that is affected by one product swap.

Removing the SPD-SL pedals means that there is no longer any Shimano component on my bike and that’s worth referencing as Time is now part of the SRAM family of products so it ‘matches’ the Force AXS groupset I’ve been using for around two years. (Of course, that’s only a brand reference, and it doesn’t influence the ride characteristics of the bike at all.)

The Time pedals (94g each) are lighter than the Shimano Dura-Ace pedals from around 2012 that I’d been using (123g each). Out of the box, the XPRO 12 pedals seemed incredibly light even if it’s only a minor weight saving. Although you’d be pushing it to say you notice this while riding, it’s a few grams gone… and it all adds up. 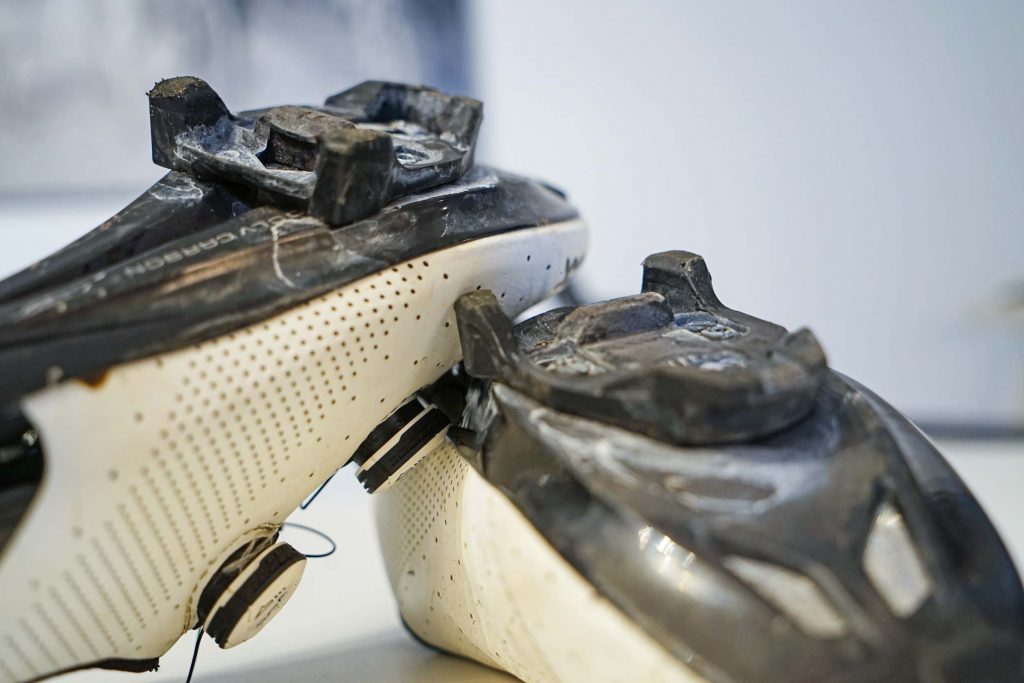 The cleats, after a month of solid use. This isn’t exactly a glamour shot of the Time cleats but it shows them in their true state after plenty of riding, and quite a lot of walking – including some rough terrain while sightseeing on recent rides. They are a bit scuffed but the large bits of plastic towards the rear don’t influence the engagement with the pedal, rather it is there to protect the functional part of the cleat from damage when you’re not on the bike.

What remains to be seen is how the Time XPRO 12 pedals last. Will the crispness of the iClic system dull a little over time? What about the cleats? How are they going to wear? And will they need replacing more often than the Shimano equivalent?

I don’t yet have the answers but I’ll be sure to report in when changes are made (ie. if I try the no-float cleat, etc). For now, I’m happy to have made the switch. It has been an interesting experiment already. If you have any questions, don’t hesitate to send an email and/or leave a comment on RIDE Media’s YouTube channel or other social media portals.