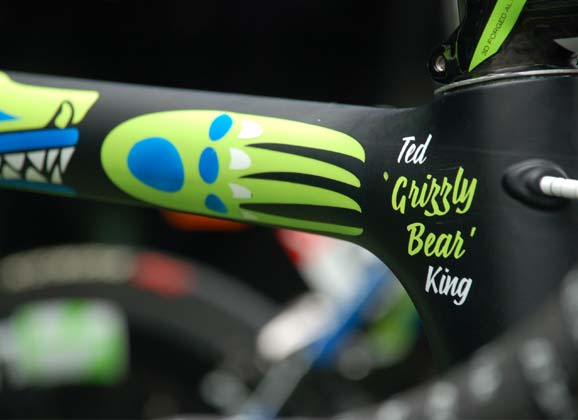 Cannondale’s animals and a wolverine

Of the 22 teams in the Tour de France five have title sponsors that are bike companies: Giant-Shimano, Trek Factory Racing, Cannondale, Lampre-Merida and BMC Racing. Two of these have unveiled custom themed frames for the 2014 race. BMC has issued special-issue bikes with riders showing the colours of their national flag on the top tube while Cannondale has oped for an animal themed concept this July… for all but one of their riders. Maciej Bodnar is ‘The Bison’, Alessandro De Marchi is ‘The Chameleon’, Ted King is ‘The Gizzly Bear’, Kristian Koren is ‘The Lion’, Elia Viviani is ‘The Puma’, Jean-Marc Marino is ‘The Fox’… while the team leader, Peter Sagan is ‘The Wolverine’.

Click the photo of Peter Sagan’s frame (below) to see a slideshow of the Cannondale bikes.

The Italian team will also be one of four in the opening stage of this year’s race that will have on-bike cameras to capture footage that will be used in a post-stage edit and broadcast on LeTour.fr. Cannondale is using Garmin’s Virb (below) – one mounted to the handlebars of one bike and another underneath the saddle of another bike. 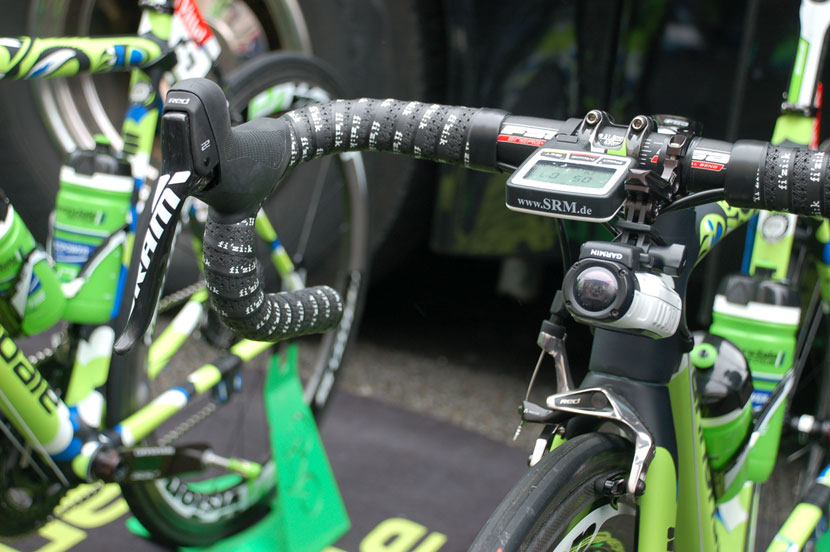 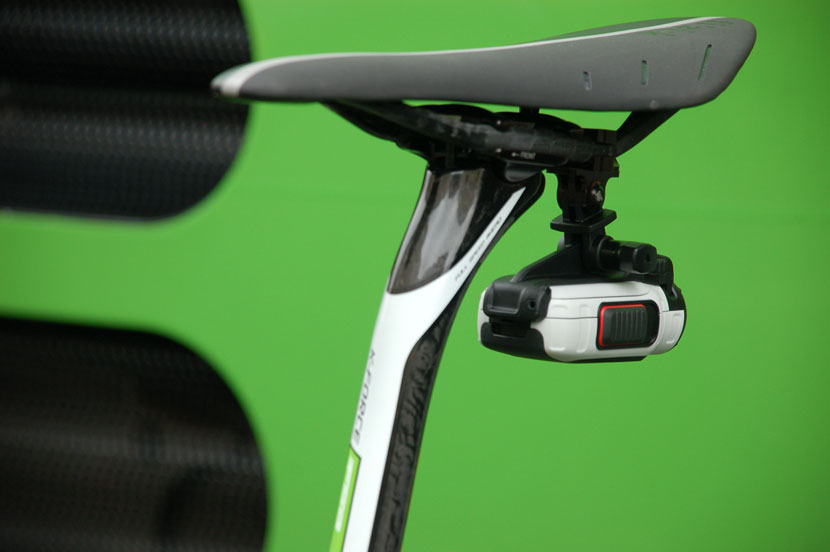 Meanwhile, outside the BMC team bus this morning was the company/team owner, Andy Rihs, proudly displaying a banner of his bikes (below). 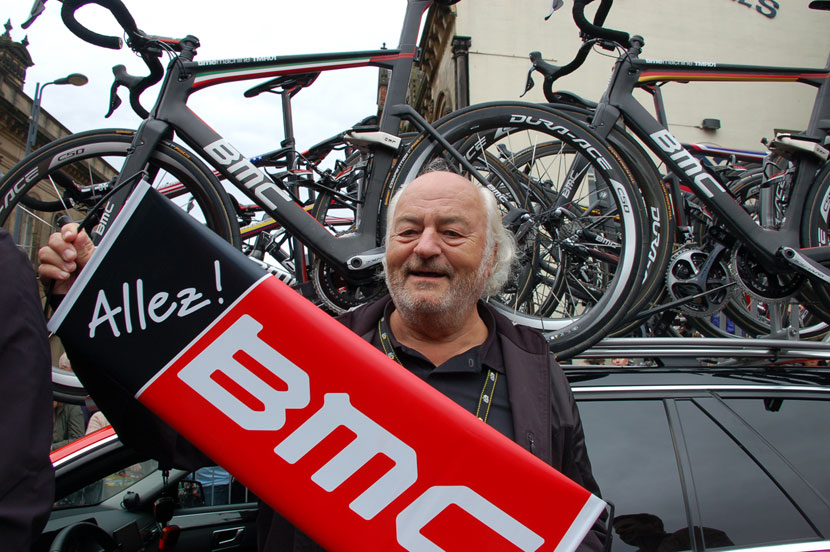