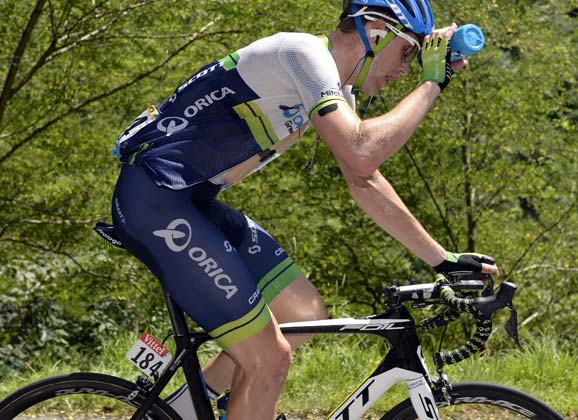 Durbridge… talks about his Tour debut

We spoke with Luke Durbridge before the Grand Départ in Leeds – remember that? It seems like a lifetime ago. The former Australian champion is still in there race. He’s optimistic about the TT that’s to come this Saturday but admits that there are moments when he wonders what he’s doing… the Tour can play tricks on the mind but Durbridge explained that he plays games of his own when we spoke to him an hour before the beginning of stage 18.

Here is a transcript of a brief exchange with Rob Arnold… 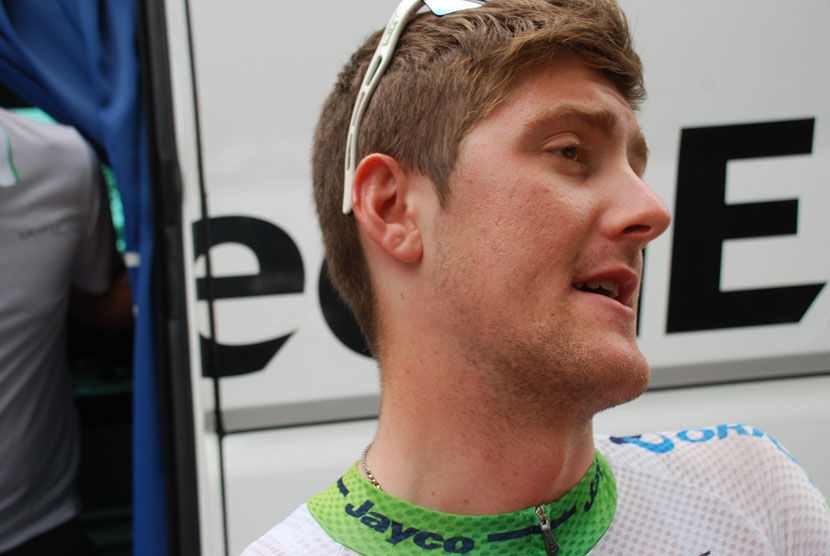 Luke Durbridge outside the Orica-GreenEdge bus in Pau just before the race to Hautacam was about to commence.
Photo: Rob Arnold

RIDE: Are you able to explain your experience in this year and how different this race is to others that you’ve done?

Luke Durbridge: “It’s a lot harder and I find it that way not purely because of the stages. Sometimes in the Giro d’Italia you’re doing very long stages over difficult mountain passes – which we still have here – but I think that, at the Tour, the pace of the bunch is just that much more intense.

“Everyone has something to lose… or, rather, not lose – something to gain. And so everyone is racing for every inch.

“In a stage like yesterday’s [to Pla d’Adet] in every other race, the break would have just gone and everyone would have just sat up, had a piss, and that would have been it. And we’d start racing towards the end of the stage. But it’s not like that at the Tour. Instead we see Katusha start to ride at an average of 51 kilometres an hour. We sprinted to the bottom of the first climb and you can’t really understand why it’s happening… and I find myself just looking down at my stem going, ‘Aaah! How fast are we going!? We haven’t even started the climbs yet!’

“I think that is one of the biggest things that I’m learning. You have to be on it every day.” 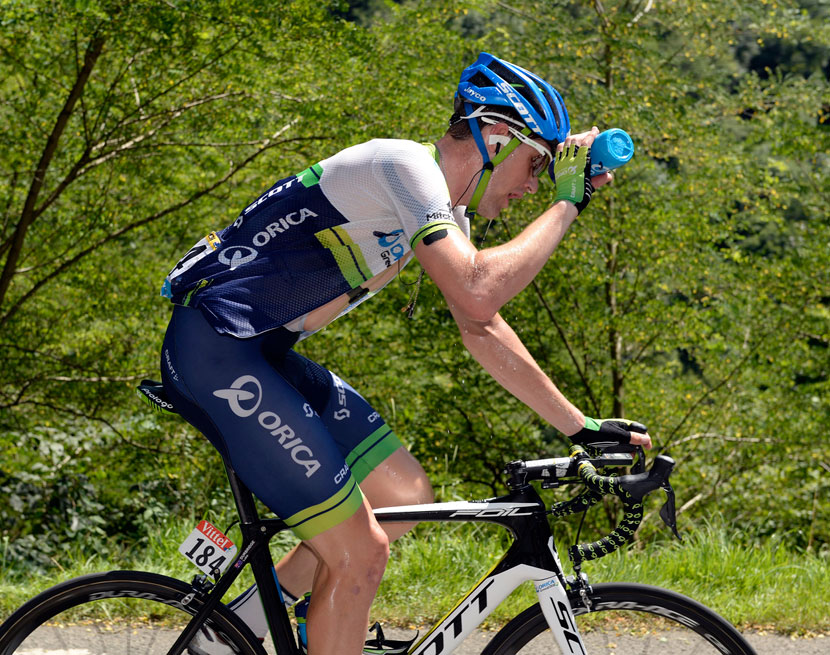 When you’re a young bike rider, you have dreams of doing the Tour de France. Now that it’s happening, how does it compare to the image you had in your mind when you’re watching it on TV?

“It’s a lot different. I would say that I’m still enjoying myself but I guess I’ve got to remind myself that it’s a ‘dream’ to do this and a couple of times, going up the climbs with the massive crowds and the amount of Australian supporters who are here, you’ve got to pinch yourself and go, ‘Hey, I’m here. I’m in the big league. This is the biggest race on the calendar and I’m doing it.’

“I think that’s the important thing; to acknowledge it. I did that a couple of times yesterday and that’s when I started to realise, ‘Hey, I’m happy to be doing this race!’

“But then, sometimes when you’re just doing day after day, stress after stress, and you’re trying to just avoid crashes… you might prefer to be lying on your couch watching the Tour on tellie.”

These really are questions for the first week but it’s nice to ask them in the third week when you can be a little jaded, or feel a little over it…

“Oh, for sure. There are times when you could hate it. But I’m going day to day, trying to keep the morale high but it’d be wrong to say that I was most chipper every day.

“I wake up some days and think, ‘I just don’t want to race today…’ or something like that but then I’m in the bunch and it’s only a few hours to the finish…

“Everyone goes through the Tour differently.

“I think it’s good to have a mission every day, it might be: ‘Okay, get over the first climb in the front group and then sit up and ride grupetto…’ or maybe it’s to get Simon Gerrans in the front with 10 kilometres to go.

“It’s good to have a mini-goal every single day and I think that keeps me motivated and gets me through every stage.”

Much like how you break down a time trial…

“Yeah, exactly. ‘In 500 metres time, I’m going to turn left and then I’m going to have a rest here…’ that’s the only thing that can keep you going.

“If you switch off completely then you’re last wheel and everything hurts.” 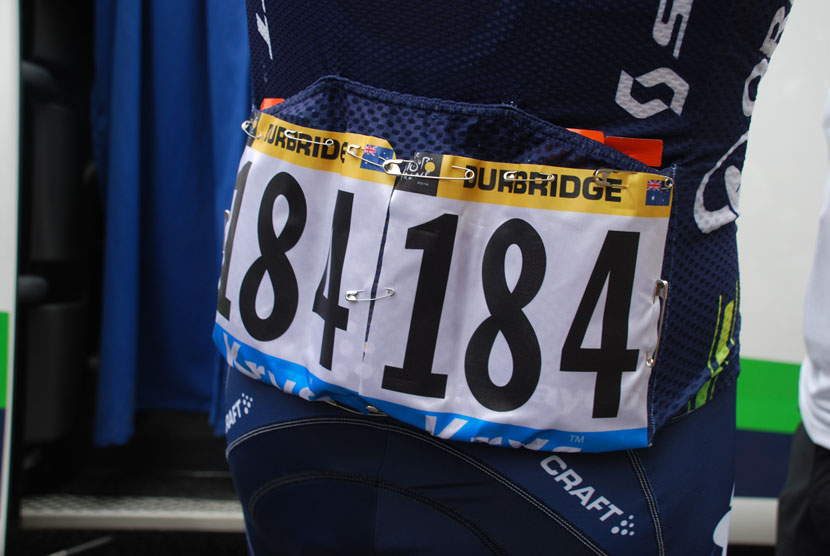 What happens to the morale of a team when you come in with certain objectives and then different things happen – ‘Gerro’ crashes, Michael Matthews not making the start, or Daryl’s last-minute incident… how does everyone in the team keep the mood high?

“We’re a good bunch of people and everyone keeps each other motivated. I think Dan Jones does a good job of keeping the spirits high. He’s got a good sense of humour and he introduces little aspects of everyday life that helps. We might watch and episode of Seinfeld or, yesterday for example, we had Superbad on the bus on the way to the hotel.

“We all keep each other in check and, at the end of the day, we’re just racing. We can’t control what happened and for sure, we’d loved to have won two stages and had the yellow jersey… so would every team. Maybe next year that’ll be the case but this year it wasn’t.