With a rider in second place on GC and another having just arrived at the site of the finish of the Tour de France, EF Education-Nippo is gaining exposure in and out of the race… it’s all part of a broader plan to explore the world with cycling. 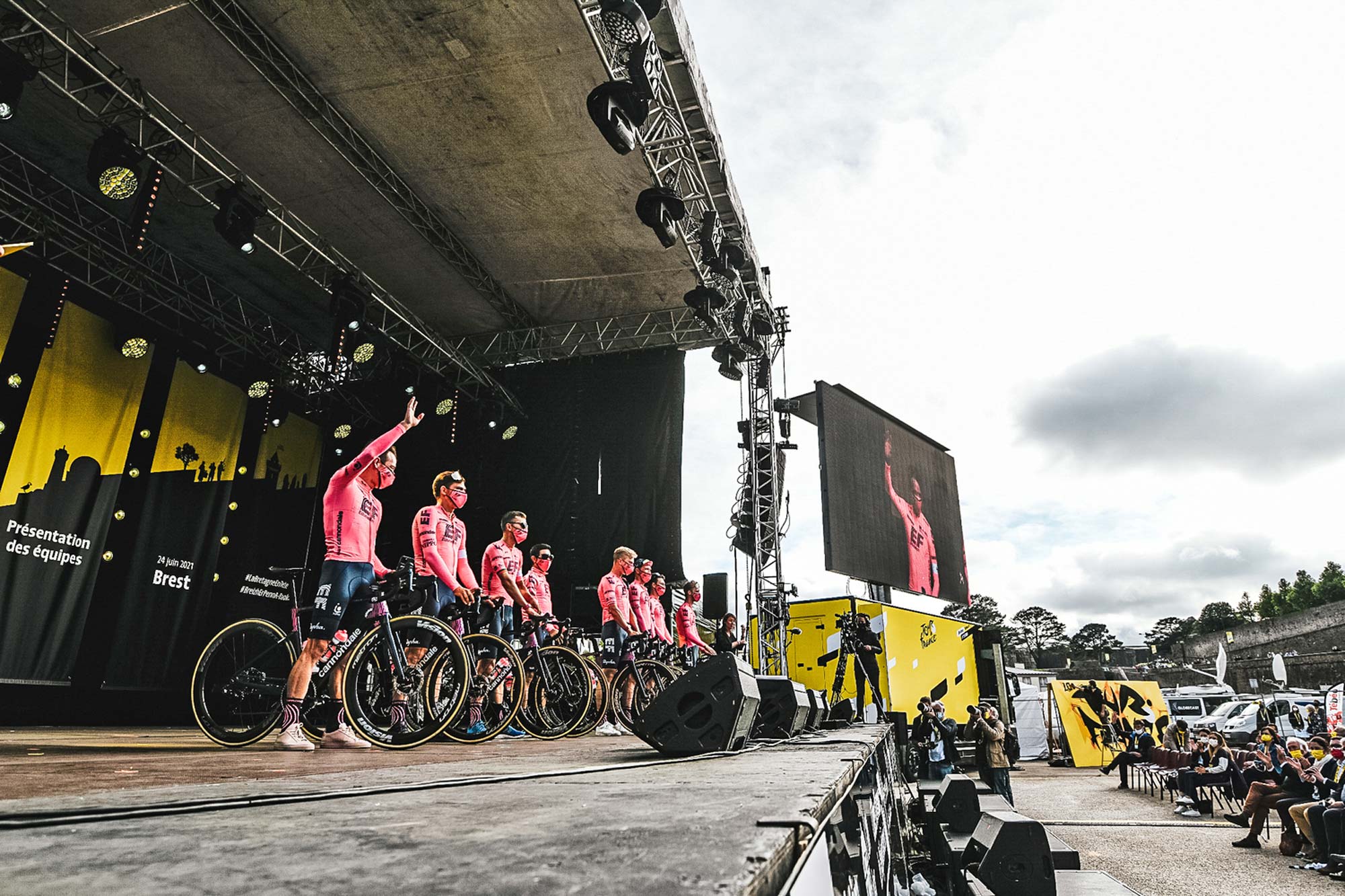 – The article below is from the EF Education-Nippo pages of the Official Tour de France Guide (2021 Australian edition), published by RIDE Media –

Let’s get disruptive. Let’s break with tradition. Let’s have a bit of fun. Let’s ride our bikes and explore the world. Let’s make cycling entertainment. Let’s push the envelope. Let’s take a new approach to how this game is played. Let’s race to win, but not as though that’s the only thing that matters.

Bike racing often takes itself too seriously, and along the way it loses some of the essence of what it’s really all about. Fundamentally it’s little more than riding from one line to another and then boasting about who did it the fastest. For many it has become a job but before anyone got paid to ride a bike, there was a passion for the activity.

The cycling life is a good one and that’s what this team’s sponsor, EF Education First, realised when it first became involved in the professional side of the sport. Eddie Hult is the CEO of the huge company that has offices around the world. He is also a bike rider and it’s this passion that drew him to the Slipstream project a few years ago. But he’s a bloke who likes to do things differently and after a couple of seasons with his logo on the jersey, there was a deliberate change to how his team approached the season.

Be serious by all means, but have a bit of fun too. That’s the message that eminates from EF Education-Nippo. 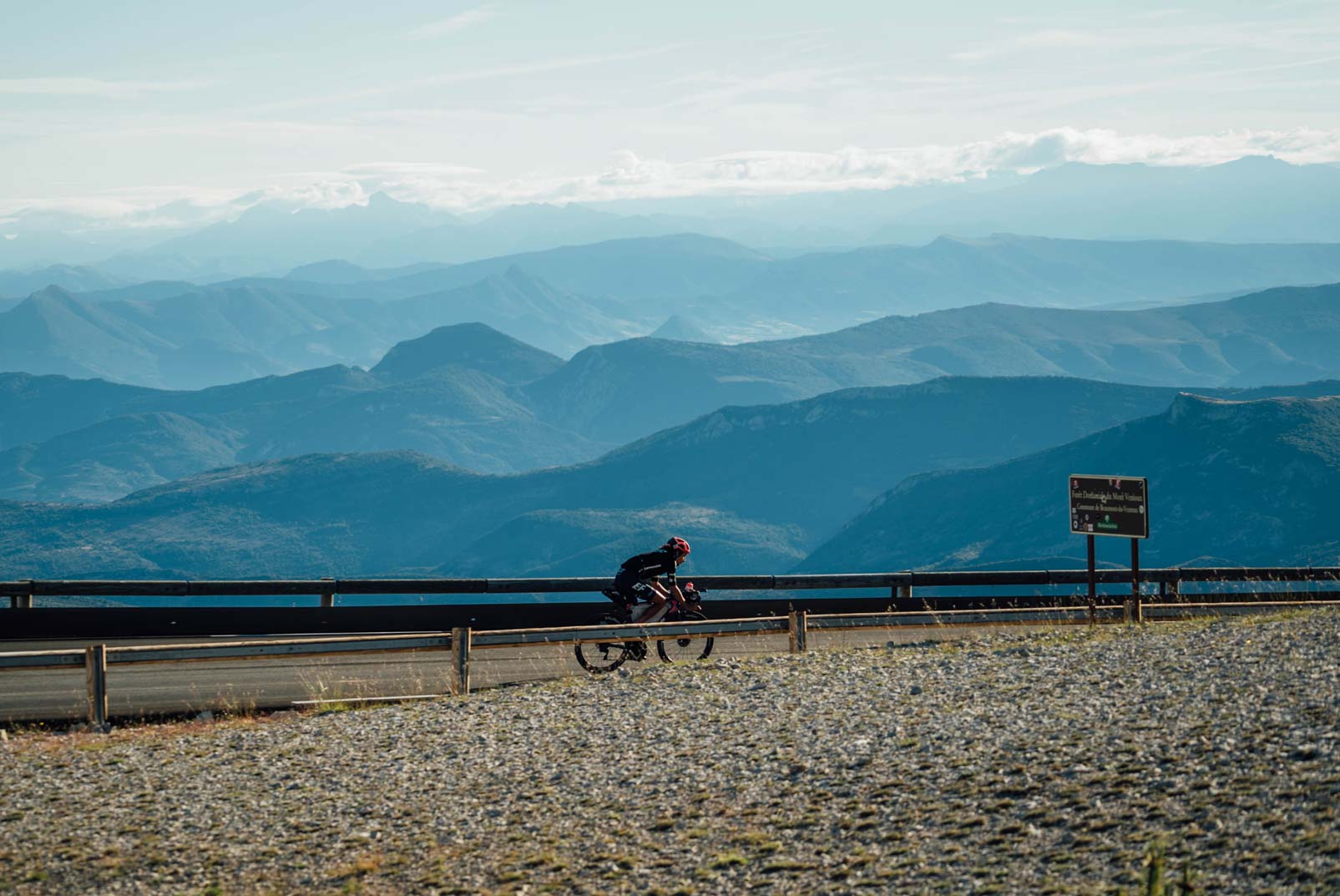 Over the past 18 days, Lachlan Morton has earned plenty of publicity for his team and its sponsors… by riding his bike around France.
Meanwhile, his Colombian EF Education-Nippo team-mate, Rigoberto Uran, has gone about his business in the Tour de France… he’s currently ranked 2nd on GC with less than a week to go. (Photo: Rapha / EF Education First)

At the end of the day, pro sport is entertainment and it’s the fans who create the atmosphere. If it’s only business, it gets boring pretty quickly and the appeal diminishes. That’s why the disruptive approach is a valid exercise, because it has helped showcase many other beautiful aspects of what bike riding can offer.

Yes, you can go fast, challenge others, win races and perhaps even pull on a prize jersey once in a while. But you can also enjoy the act of pedalling, without a crowd and with no pay cheque for your toil; rather you get a sense of satisfaction and a chance to explore the world. You might even learn a thing or two along the way.

Over the three weeks of this year’s Tour, you’re likely to see Rigoberto Uran in the front selection on the mountains. He could end up on the podium again because, frankly, he never seems to get older or slower. You may learn a little more about the latest TT wizard Stefan Bissegger who has shown that he can beat the best in his discipline. You could see little Sergio Higuita dance up steep inclines like they are flat. Or there’s a chance that Magnus Cort will impress in a sprint.

That’s a (very quick) overview of their day job, but they have also become cycling ambassadors and with this team’s disruptive attitude, you may find it enticing enough to do more than watch.

Grab a bike. Ride. Enjoy. When you do, you might get a greater appreciation of how ridiculously good the riders in the Tour de France really are. 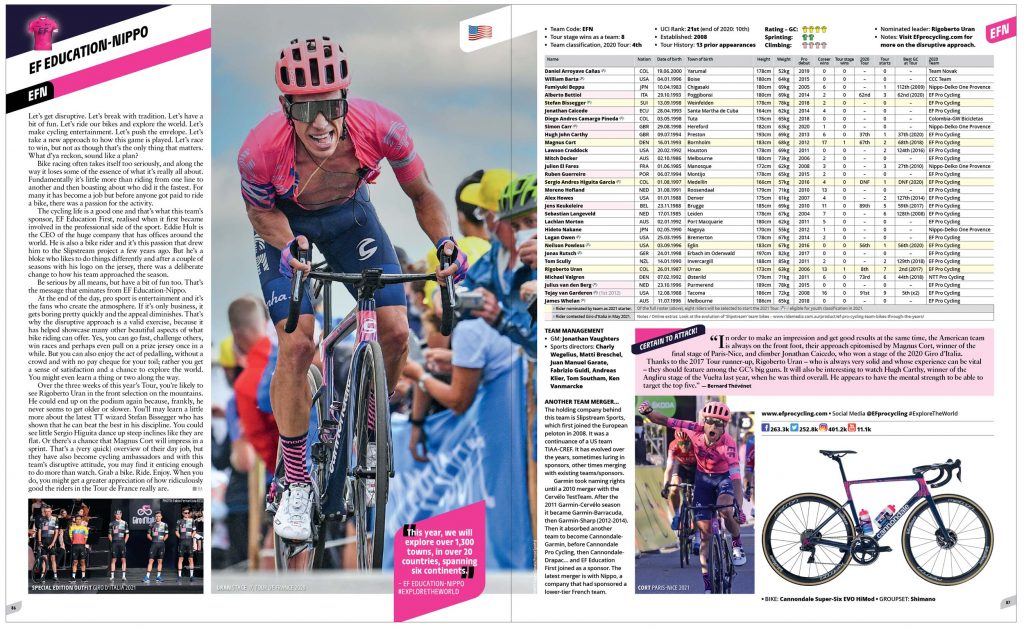