Egan Bernal rest day comments: “I was fighting until the final”

Egan Bernal’s bid for a second Tour de France title came crushing down in the final kilometres of stage 15. The 23-year-old knows his chance of victory in 2020 is over and now he’s thinking about what comes next…

“Firstly, I would like to recover a little bit,” says Egan at the end of a short video uploaded to YouTube by Ineos Grenadiers on Monday. He answers questions we don’t hear, and he tries to explain the scene that would have evoked heartbreak for many Colombian fans.

The champion of the 2019 Tour de France was well positioned after a fortnight of racing in 2020; ranked third overall at the beginning of stage 15, he was the main challenger to the Slovenian pair at the top of GC, Primoz Roglic and Tadej Pogacar. Then came the steep gradient of the Grand Colombier.

At the end of a 175km stage, with Roglic’s super-domestique Wout van Aert setting the tempo for an elite selection, Bernal lost contact. It was obvious that his energy was depleted and yet, as defending Tour champion, the cameras remained focused on him. We saw his suffering; it was human, real and somehow – even though this is only sport – it was also sad.

This is a young man who, on the Col d’Izoard in stage 19 of the 2019 Tour 415 days earlier, looked unbeatable. He is a force on the climbs, and a rider with race craft and the support of the biggest team in pro cycling. He is an elegant pedaller who rode his way into leadership at the age of just 22.

Bernal never won a stage of the Tour in the year he claimed the yellow jersey, but he won the hearts of Colombian fans by creating a bit of cycling history.

Now, on the second rest day of the 2020 Tour, he’s talking about collecting bidons for team-mates – to “do this kind of work that I have never done”. He speaks about regrets and pressure and suffering. He puts on a brave face and explains the reasons why he is still proud, even if he’s now considering domestique duties or breakaways.

With a Pinarello in the background, leaning against a giant 4X4 bearing the name of his team in 2020, Bernal seems content despite the disappointment. He works his way through his statement in English and reiterates positive sentiment without looking for excuses.

Although he doesn’t say sorry, per se, the expression speaks volumes. This isn’t a clip with any great insight, rather it seems like a repetition of things a coach would say to an athlete who has suffered a setback, but it’s still interesting to watch, even if just to see how Bernal copes with disappointment.

He knows the race is lost, that 13th on GC is a long way off what he and his team had hoped for in 2020, and he recognises that the fairy tale beginning to his career now includes a chapter he’d rather forget.

It’s an insight, of sorts, into a rider who still has a lot to offer cycling but – for the next six stages at least – won’t be quite the star of the show like he was 415 days earlier.

You can watch the clip (above) and / or read the verbatim transcript below. 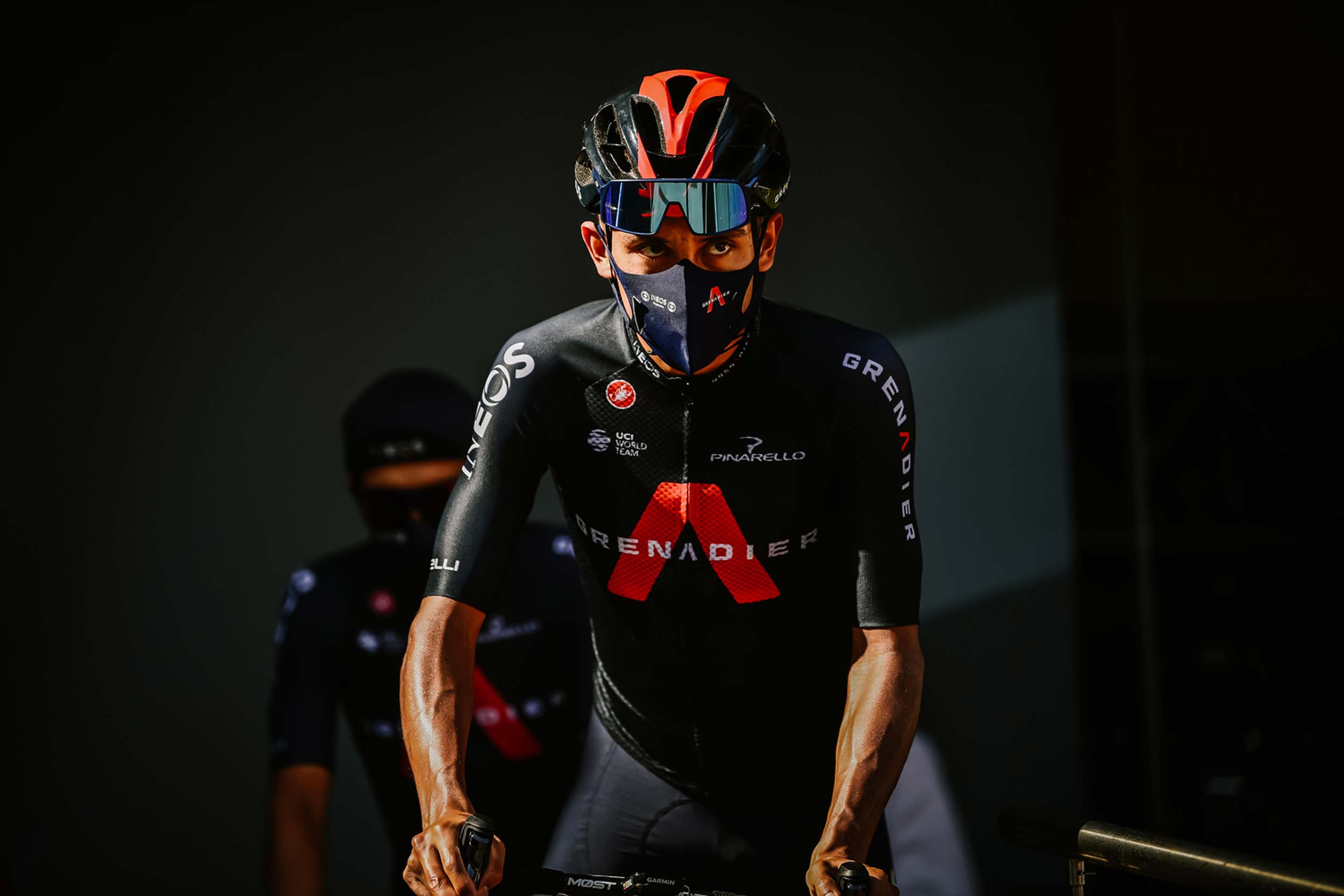 Bernal, at the start of stage 15 while still ranked 3rd on GC at the 2020 Tour de France. (Photo: Pauline Ballet, ASO)

“I feel a bit better today. I feel a bit more relaxed today because I think I have not regret about yesterday, about what I did during this season. I did my best. I tried my best.

“In every stage we did, we were fighting full-gas for this race – for this dream that we had since last Tour, so yeah I’m relaxed because of that because I gave everything I had.

“I was fighting until the final…

“From the first climb of yesterday’s stage I was suffering full-gas and I was almost dropped but I wanted to keep fighting until I could finally have been dropped. And that’s it, eh? I can’t change it.

“When I put, before the first stage, the number-one [on my jersey] I knew that it’s difficult to [do that] again, [wear] the number one for another year in the Tour de France.

“I just tried every day to do my best. I don’t think I felt pressure. I was more like a kind of respect for the race.

“I tried to arrive here and do my best because I know that it is the most difficult race in the world with the most… with the good riders as well.

“I think it’s not pressure but a kind of respect for the race and for the riders.

“I have won one Tour de France already, and no one can change it. And I was the first Colombian rider to win it, so I’m really, really proud of that – really proud of what I did last year.

“[At] 22 years, I have already won the Tour de France and I’m really proud of that, really happy because of that. And now, for sure, I will try again.

“I will try, and I want to win. I’m really hungry to win races but if I don’t win again, no one can change that. I have won already.”

“And then, I don’t know… maybe try to go in some breakaways, for sure, without thinking about GC, just trying to not loose time in the next few days. And then, if I feel good, try to go in a breakaway but it all depends on how the feelings are and also about my back, because it’s still a bit painful but we will see.”