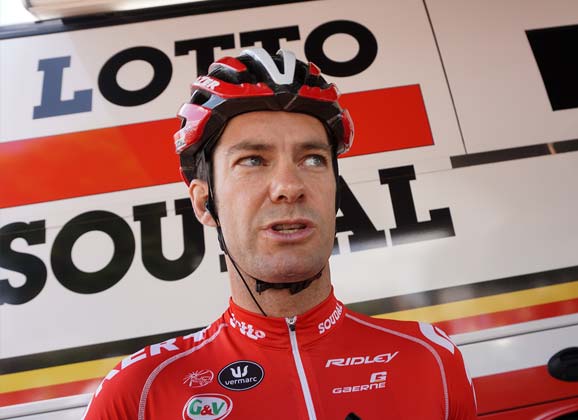 The crash in the third stage is still taking its toll on many riders in the peloton at the Tour de France. Greg Henderson was caught up in the accident but he remains in the race. Rob Arnold spoke to the Lotto-Soudal rider this morning to find out how he’s coping with his injuries. 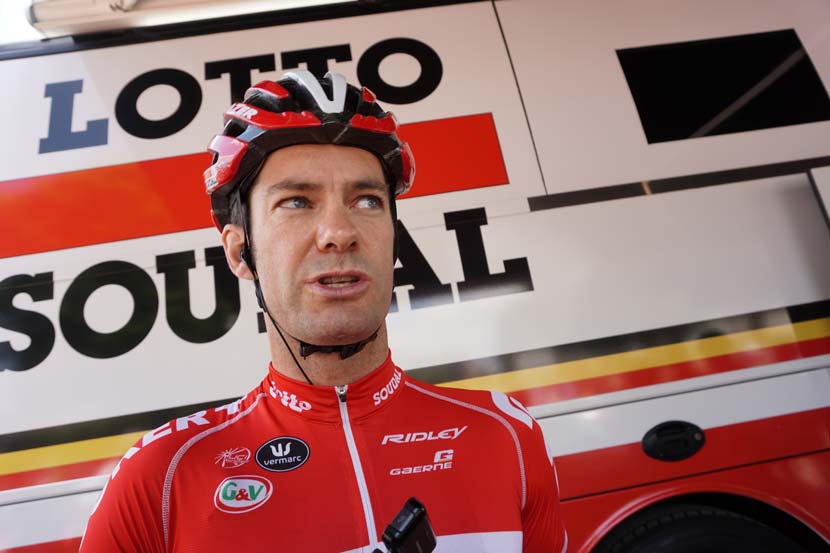 Greg Henderson before the start of stage six of the 2015 Tour de France… improving but still broken.
Photo: Rob Arnold

RIDE: I’m with Greg Henderson. He’s just come off the team bus and he’s going to start stage six… are you going to finish?

“Ah, limited. It’s the breathing that’s the problem. If we’re just riding along in the peloton, it’s really no problem – 300 watts sort of thing… but when they go full in the crosswinds or up a hill, I can’t take a full breath because, obviously, I’ve got two broken ribs and they expand too much.

“When I breathe, the ribs separate so I’m in big trouble when it goes super-hard.

“I had an improvement today. From yesterday morning to this morning it was a noticeable improvement. So I actually had a smile on my face this morning but yesterday, I think the cobbles [had an effect] and a lot of the bruising came out from the first crash.

“I was not confident yesterday morning, that’s for sure…”

You sound actually quite shaky, you’re not normally like that.

“No, I’m just in pain. When I put my clothes on, I get the sweats even – it’s that painful.

“They were trying to tape me before and it’s like… ‘Aargh!’ And I’m starting to sweat and [the doctors] are saying, ‘Don’t sweat… we can’t tape you!’”

So if it’s difficult to get dressed, how are you going to ride 191 kilometres up and down hills and in and out of winds…?

[At that point, Henderson dropped something on the ground and reached to retrieve it… and the pain was obvious. He struggled to stand up again…]

What about the holes all over your body? Are they not giving you too much grief?

“That’s the least of my worries at the moment. I’ve got seven stitches across my left hip, and two just above that [wound] but I don’t even feel those.”