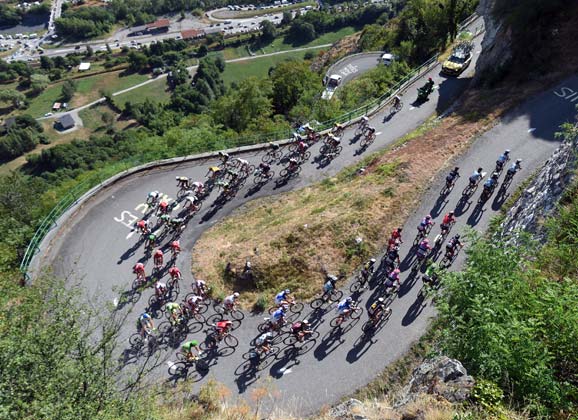 A new climb was featured in the 18th stage of the 102nd Tour de France and it offered something different to what is standard fare in this race… a few kilometres of quiet time. 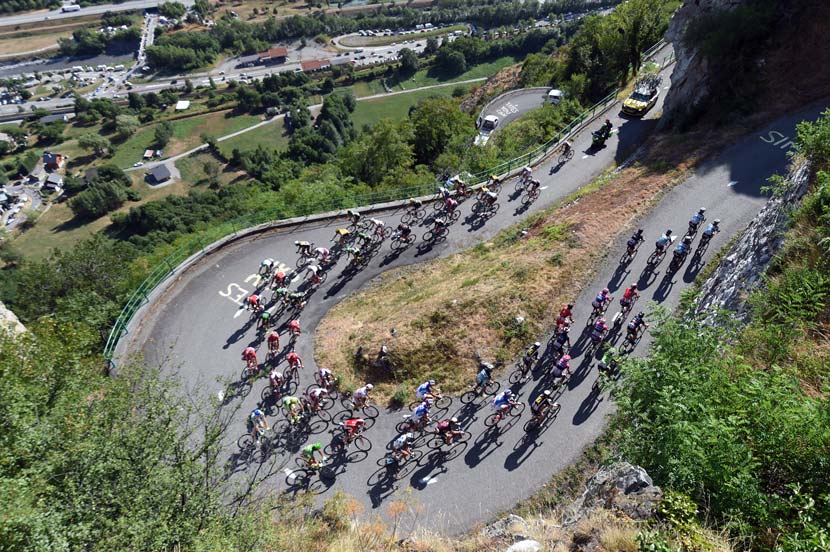 The peloton makes its way up the Lacets de Montvernier in stage 18 of the 2015 Tour de France.
Photo: Graham Watson

Discounting the presence of a fleet of helicopters hovering overhead, the team cars behind, and a few media motorcycles ahead, the peloton experienced something new in stage 18: a climb in the Tour de France without noise – at least nothing that could be heard from any spectators. The Lacets de Montvernier is a relatively short stretch of road and it’s spectacular. Nestled into a steep hill to the north-east of the A43 autoroute on the outskirts of St-Jean-de-Maurienne this climb is almost hidden from view if you speed past at 130km/h as is typical when driving on the motorways in France.

Take a glance at the GPS between exits 26 and 27 of the A43 and you’ll see quite a squiggle: a line so tight it seems more like a cartoon than something representing a road that could actually sent vehicles up from an altitude of 493m to 782m in a bit over three kilometres of switchbacks.

Left, right, left, right, left right… repeat. At an average gradient of 8.2 percent, it’s not a gentle slope, nor is it as brutal as some stretches of road that feature on the Tour’s itinerary. But the climb to at Montvernier is captivating. 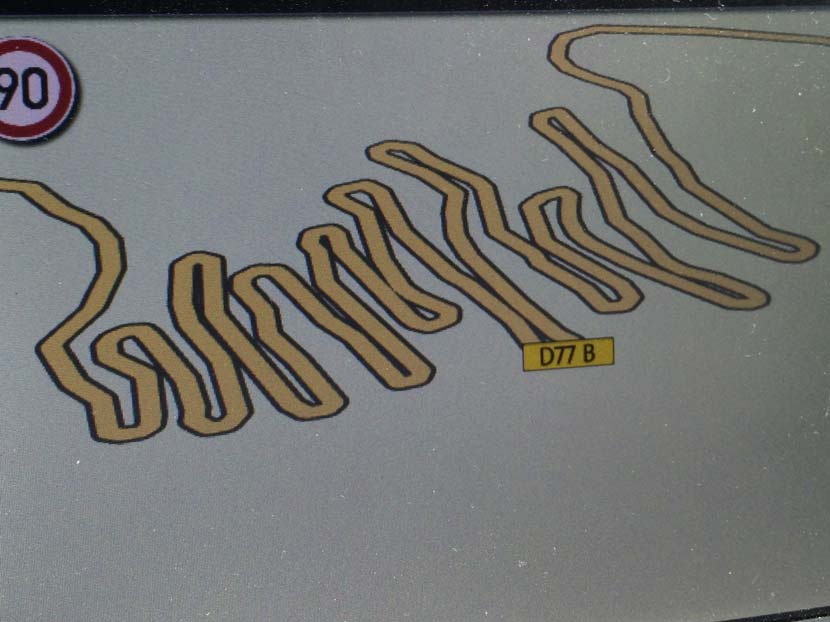 The squiggle of a road on the GPS.
Photo: Rob Arnold

Christian Prudhomme knows France well but he expressed shock when this sequence of 18 hairpin turns was revealed to him. Subsequently, it was included in the next parcours of the Tour.

The Lacets de Montvernier made its debut in the Tour today. The road is narrow and the drop (or rise) from one straight to the next is significant.

There’s a reason why the Tour organisers insisted that no spectators be allowed on the climb: there simply would not have been enough room. “You understand why there were no crowds up there,” Chris Froome said about the final climb of stage 18. “The road really was quite narrow and I really don’t think there would have been much space at all for spectators, especially for the cars to get through.”

Froome then paused, considered the scene and then concluded: “I think it’s going to be a completely different story up Alpe d’Huez.”

This climb is an anomaly in the Tour de France: it lacked the chorus of noise from the crowd and the periphery elements of what spectators offer  the peloton – the cheers, the flag waving… the punching, the spitting, and the piss throwing.

So what was the sensation like for the race leader? Did he notice? Did he hear the other riders breathing? No. Froome later admitted that it wasn’t until it was pointed out to him that people were absent from the roadside that he even realised that something was missing.

“It’s funny, I didn’t actually realise there weren’t any spectators up there. I think I was just in tunnel mode at that point and just following the wheels.

“It was actually almost…” he stopped speaking and recalled the brief span of time without noise and explained: “Yeah, now I think back to it, it’s almost feels a little bit strange in the race.

“Almost every kilometre of the race up until now you’ve had spectators all the way and [today] we had three kilometres where there was no one so that was definitely something quite different.”

The race started in 1903 and this is the 102nd edition. Yes, it’s covered a lot of territory but there is always something new at the Tour de France.

One quiet climb was discovered by the race director and it is really quite remarkable. It’s not Alpe d’Huez but it offered an atmosphere that makes it special, “definitely something quite different”. 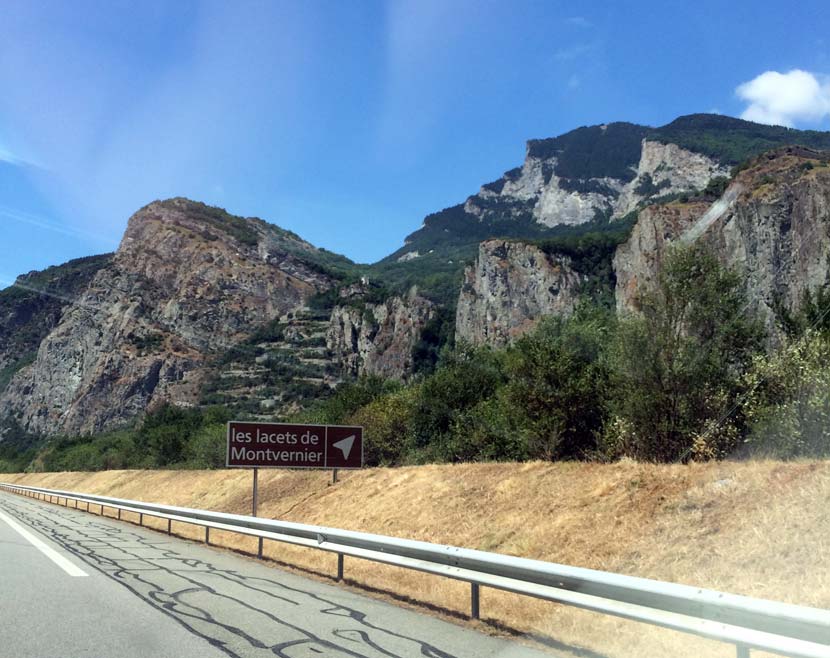 Behind the sign is the climb… but it doesn’t stand out too much from the A43 autoroute.
Photo: François Thomazeau