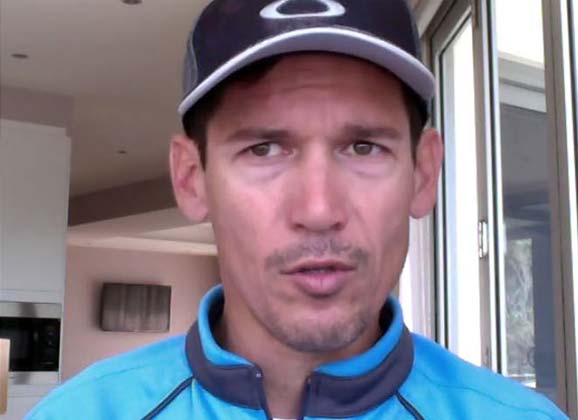 As a sprinter Robbie McEwen was one of the best of his generation. He is the winner of the green jersey at the Tour de France in 2002, 2004 and 2006. He was a rider with determination, speed, agility and a good dose of showmanship. He’s been retired for a couple of seasons now but remains in touch with the sport he loves. Still riding regularly, McEwen has also done his fair share of commentary and when we recently caught up for a post-Tour analysis of the sprinters and how they fared in 2014, we covered a range of topics. 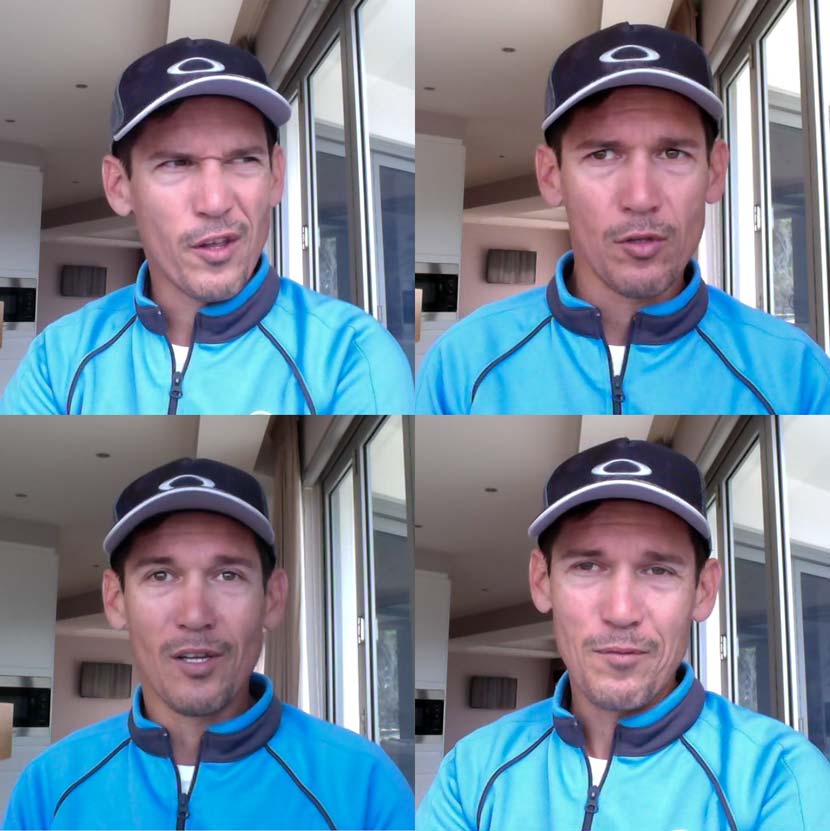 You can listen to the half-hour interview by clicking on the link to the SoundCloud file (below).

We’ll be publishing the transcript of the exchange in three parts which take in the main points of McEwen’s conversation with RIDE’s editor, Rob Arnold.

In the first instalment we discuss commentary and what McEwen’s plans are for calling cycling competitions in the future. He also offers his observations about the impact of on-bike cameras and a number of other matters.

In part two, McEwen offers his appraisal Le Tour 101: the sprinters and their victories in the 101st edition.

Finally, we take the opportunity to find out about the Robbie McEwen Gran Fondo on the Gold Coast this coming October that’s part of the Gold Coast Cycle Fest.

RIDE: I’m here with Robbie McEwen, having a chat on Skype.

We’ve just had a couple of weeks to reflect on [the 101st] Tour de France. And one thing that is prominent in July is the commentary about commentators. I know that you’ve been at the microphone a little bit of late and I know that you’ve been pretty well received by the public. When are you going to replace Phil and Paul, Robbie?

Robbie McEwen: “Well, I’ve done a little bit of commentary. I’ve actually done some commentary with Phil and Paul at the Tour Down Under and I’ve had a couple of little cameos at different things over the years.

“I enjoy it. I think it’s really fun to watch the race and then try and make a coherent commentary and give insights into what’s happening in the riders’ minds.

“I’d like to do more of it, although I don’t think I’d like to make a real full-time job out of the commentary role. It’s something I enjoy slipping into and out of, but I suppose I don’t like anything to take up too much of my time apart from holidays and family.”

“No, not really. Probably, if anything, even less because I’ve gotten used to being at home a lot more, spending a lot more time with the kids, being able to do my own thing… but at the same time, I’d like to do more commentary because I do enjoy it. And I still enjoy watching the sport.

“I enjoy making comments about the riders, the teams, the races… it’s always been a hobby for me, cycling. And being able to commentate on guys out there suffering is pretty fun.”

The big difference this year at the Tour de France is the ability to see some footage from inside the peloton. We saw the on-bike cameras [for the first time]. Did you pay much attention to that? Have you logged on and YouTubed those?

“I’ve watched a couple of them. What was disappointing for me was that none of the sprinters had [the cameras] on the front of their handlebars.

“We saw a bit from other riders leading out riders, domestiques… but I didn’t see any footage of someone actually winning a stage – the way they threaded through, and that’s what’s really missing.

“It’s good to see the other footage but when it comes down to the crunch you don’t see the winning move. You don’t see how [Marcel] Kittel manoeuvred himself to get in position. You don’t see how Alexander Kristoff did it when he won his couple of stages. Or even one of the sprinters who finished third or fourth… to see how it all panned out in front of them. That’s what I thought was missing.

“You saw all the lead-up work and then somebody basically pulled off to the side and the whole bunch goes past. It’s heading in the right direction but…

“I’ve been keen to see this for years and I did a couple in the very last races that I rode which were… okay, they were only criteriums, one in Noosa, one in Japan – but the one in Noosa was a winning video and having seen my own footage and how that looked I’d love to see stuff from the Tour de France, something from the highest level.”

When you think about commentating a race, can you imagine what it’d be like when you get that footage live and you are crossing to the bike? It’s going to open up cycling and take it to a whole new level isn’t it?

“Yeah, well, part of my commentary is trying to give everyone an insight into what the rider is thinking, what he is trying to do tactically. When you can also put those pictures up on the screen it’s also a lot easier to give people that insight into tactics – and even point out what the rider did right, what they did wrong… where the mistakes are.

“Also this sort of coverage opens up a whole bunch of new doors on a tactical level for teams to then look at how other sprinters ride or how other lead-out men do their job.

“It can be a great training tool for up-and-coming riders who maybe lack that experience: they can go watch these things.

“It’ll bring the sport to where other sports already are – Formula One, rally, V8 Supercars… and all the football codes have all these replays from multiple angles. It’s been great for the sport and the broadcast and for the fans.

“Cycling is getting there, but there’s still a little way to go and you’ve got to be able to bring it live: that’s what they’ve got to do next.”

If you’re talking about the analysis, do you think that the ability to put power data up there as well is going to influence tactics…? When you’re viewing it, would you be taking that into consideration?

“Not really. I think it’s impressive to see the numbers of some guys and how two guys can be doing the same speed and one guy is seemingly working a lot less because he’s more aerodynamic, sits better in the wheel – closer, harder up against the wheel in front of him… whatever – it might give some teams an insight into what’s needed to be a great lead-out rider, for example, and as a training tool what sort of wattages you need to be hitting and replicate that in training. But they know that, more or less, and when it comes down to the sprint, it’s a maximal effort: you either can or you can’t.

“If you know that somebody, for instance is doing 1,700 watts but you know your own maximum is 1,500 then you’ve just got to do your maximum and tactically work out the rest. [Seeing] the wattages won’t make a big difference on that front.

“It’s interesting to see. It’s another number to see.”

It’s cool to see and, obviously, there’s massive discrepancies if you consider, for example, Bryan Coquard who looks like he’s sprinting at about 65kg vs Marcel Kittel who’d be, what? Closing in on 75?

“Yeah, well… or closer to 80, I’d say, for Kittel. He’s using an enormous amount of power but I always say that cycling is a great leveller, especially sprinting.

“Absolute power is one thing but it depends on if the road is flat, slightly uphill or whatever. But it’s power-to-weight and surface area…

“It’s not just power-to-weight ratio: it’s how big you are and what you’ve got to push through the wind as well.

“It’s impressive to see big numbers but the big numbers don’t always win. I beat a lot of guys who did bigger numbers than me but I was lighter and smaller so that levelled things up.”