Mixed fortunes for Trek-Segafredo: Porte into top-10, Mollema out with fractured wrist

After 13 stages of the 2020 Tour, the top order of GC features two Slovenians, four Colombians, two Spaniards, a Brit and a Tasmanian. Richie Porte finished 13 seconds behind the yellow jersey on the Puy Mary climb and is now ninth overall, but his team-mate Bauke Mollema crashed out of the race with a fractured wrist.

On the massage table a few hours after finishing the 13th stage with a blistering effort up the steepest ramps of the cat-1 Puy Mary climb, Richie Porte reflected on a “bittersweet” stage for Trek-Segafredo.

#TDF2020 Listen to @richie_porte give his thoughts on a bittersweet Stage 13 for the Team which saw him move into 9th on GC 👇 pic.twitter.com/G1a76uR4w2 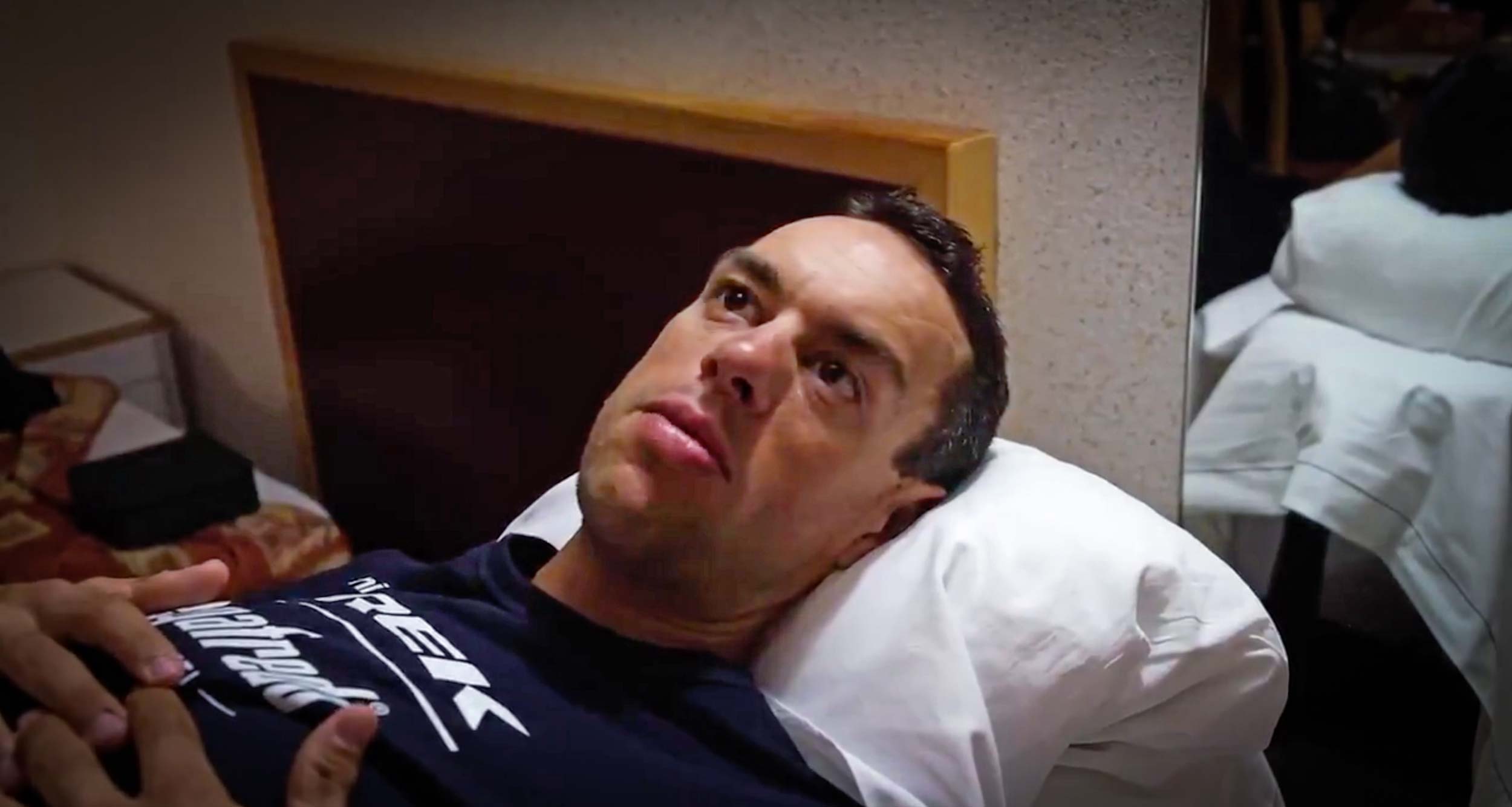 “We lost him in a crash after about 100km which is not nice,” says Porte about Bauke Mollema, the Dutchman who started the Tour as co-leader of the US-registered team. “It sounds like a complicated injury, so we wish him all the best.”

Porte is now ninth in the GC rankings, 2:06 behind the yellow jersey, Primoz Roglic, and only 1:02 shy of the other Slovenian, Tadej Pogacar, who moved up to second overall after stage 13.

“Afterwards,” says Porte of Mollema’s crash, “it’s obviously hard to focus on the race but I think it went well for us. The guys were good. They put me in a good position, and I had good legs today, so it is very bittersweet.

“The next two days are quite hard stages, so I’m hopeful that we can keep chipping away at the GC.”

It was a day when the GC order copped a considerable shake-up, a day when one Colombian, Dani Martinez of EF Pro Cycling, earned his maiden Tour stage victory and another Colombian, defending Tour champion Egan Bernal, suffered time losses to his key rivals.

Porte paced himself well over the final steep couple of kilometres of the stage, riding just behind the head-to-head battle being waged by Roglic and Pogacar. The Slovenians would finish together in 12th and 13th, while Richie was 14th only 13 seconds back.

“The penultimate climb was also super-hard and I think that’s where the real explosion was,” explains Porte from the massage table. “But, on the last climb, it was only the last kilometre that I recognised the climb from the 2016 Tour and it was an absolute grovel to the finishing line.

“The two Slovenian guys are the strongest here in this race, so to finish just behind them is a good result. And to put some time into some of the other guys in the top 10 felt good.”

He’s a man down after the 13th stage but Porte is still within striking distance of the podium and he knows that there are bigger challenges ahead and the potential to eke out some time gains and potentially move up the GC rankings.

“It was really only the last two kilometres that were hard so the time gaps were never going to be huge, but I think, on Sunday – on the Grand Colombier [in stage 15] – that’s where the time gaps are really going to be big.”