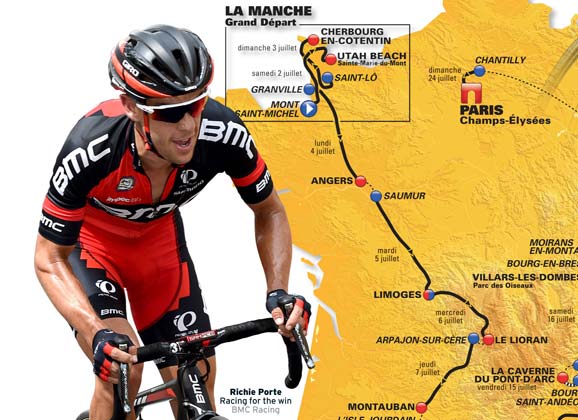 Each June for 14 years RIDE Media has published the Official Tour de France Guide (Australian edition). That tradition continues in 2016 with the release of another huge magazine and a comprehensive preview of the world’s biggest bike race. 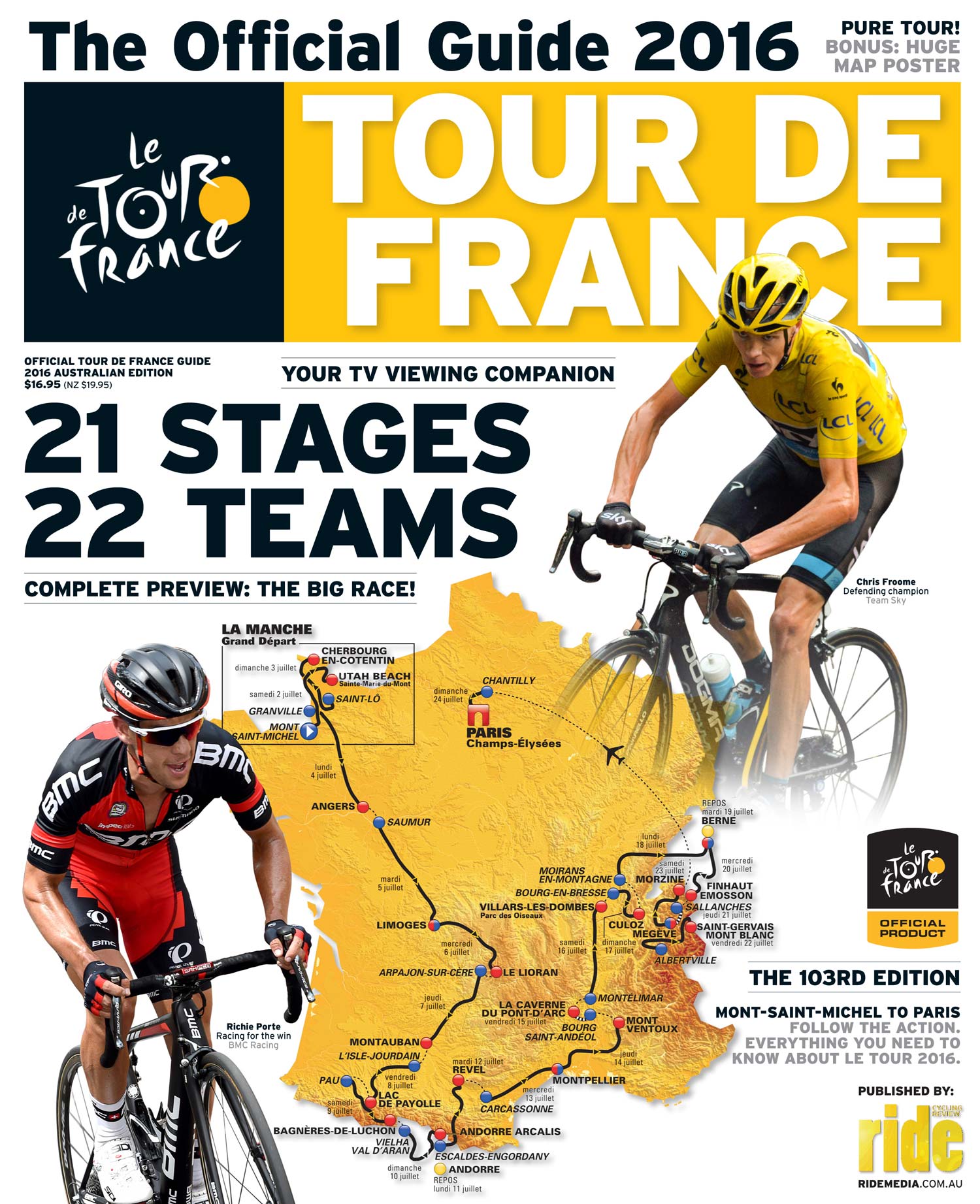 The Official Tour Guide offers full details of all 21 stages of the race from 2-24 July 2016: maps, profiles, start and finish times, broadcast information and more.

You’ll also find information about every one of the 590 riders who are eligible for selection for the race in 2016. The team pages include a statistics on all the riders and commentary about the team by Bernard Hinault.

You can see the bikes used by each team and understand the hopes and ambitions of the 22 squads which will make up the peloton this July. 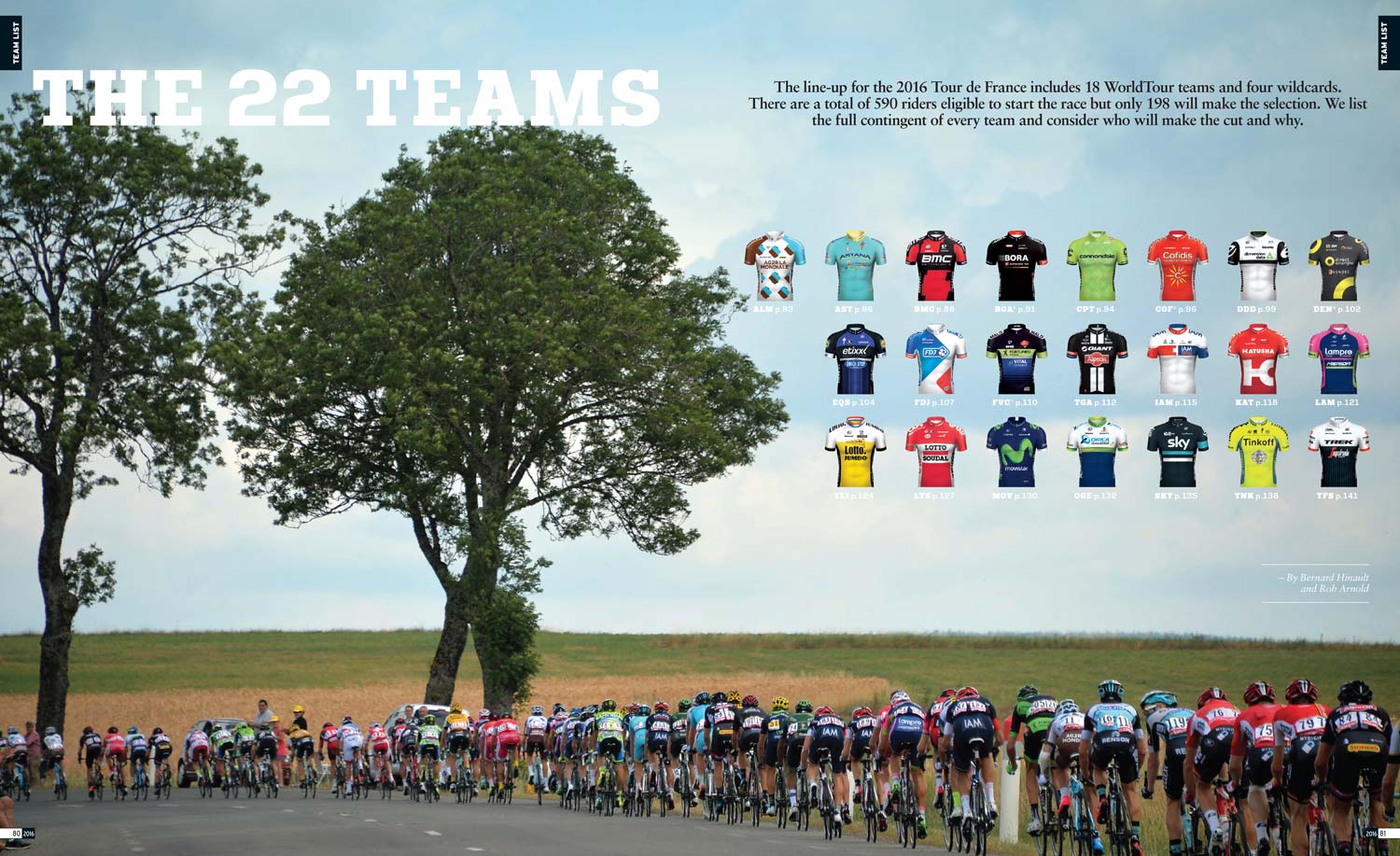 There are 228 pages with everything you need to know about the 103rd Tour de France, including a giant pull-out poster (600mm x 952mm) of the complete route for the 2016 edition. 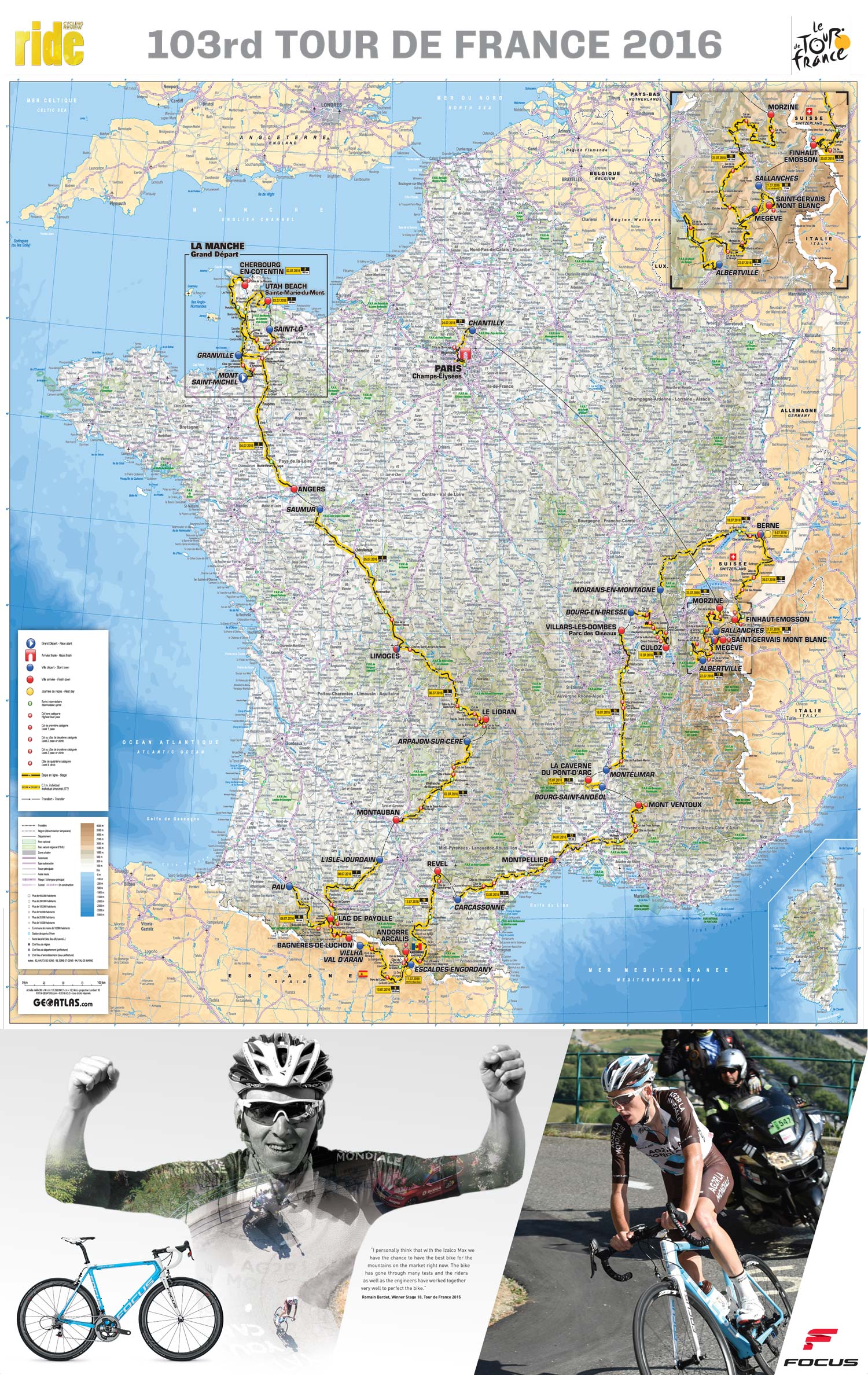 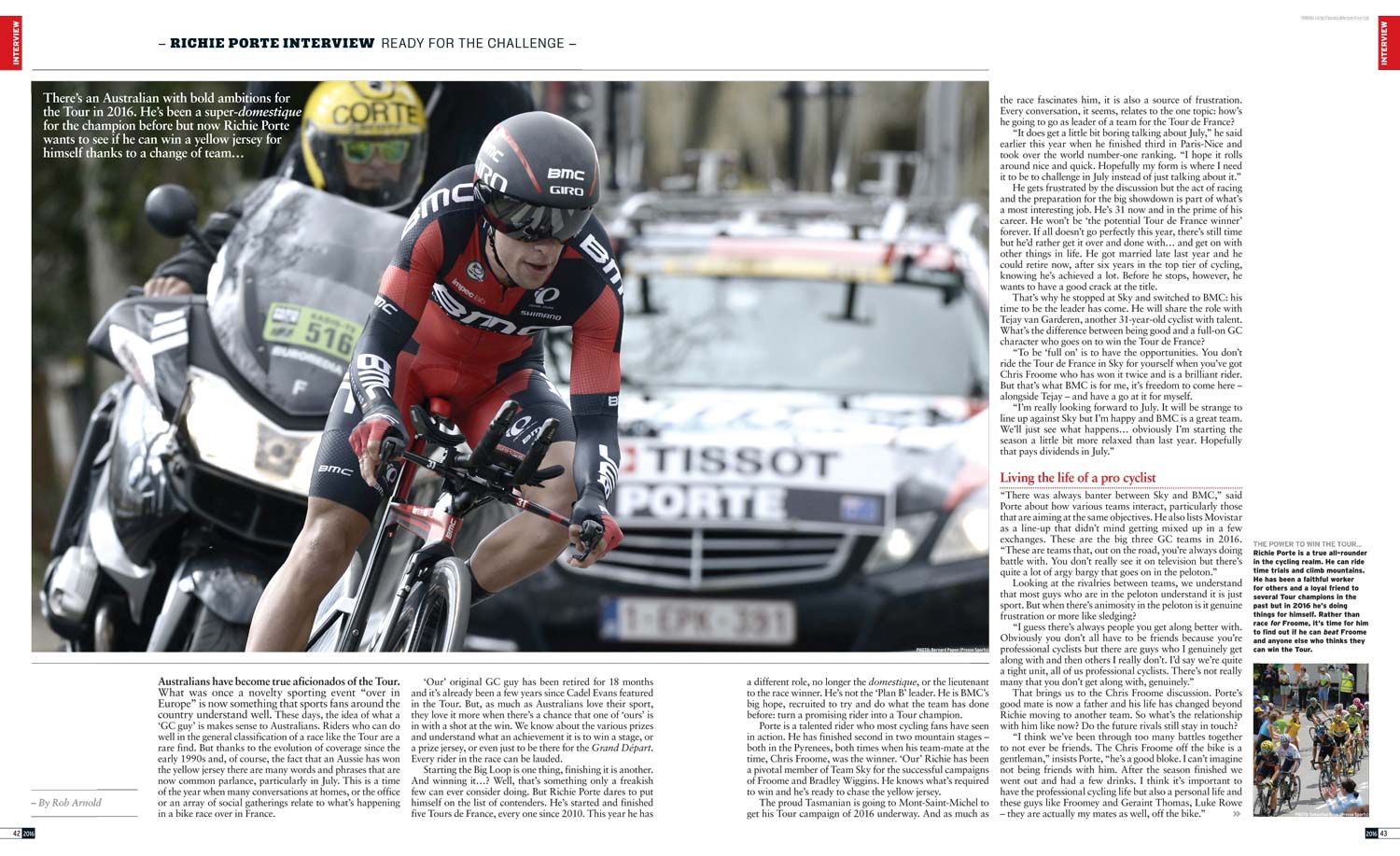 This is the first year that Richie Porte is racing for himself, rather than at the service of others – as he did with great success since he made his debut in the Tour in 2010. The Tasmanian has been part of the line-up that included the Tour champion in 2012, 2013 and 2015 but this year he hopes to arrive in Paris with the yellow jersey.

RIDE Media has an exclusive interview with the leader of BMC Racing and Porte discusses his passion for the Tour but also explains that he just wants to race it and stop having to talk about it.

“I’m really looking forward to July. It will be strange to line up against Sky but I’m happy and BMC is a great team,” says Porte. “We’ll just see what happens… obviously I’m starting the season a little bit more relaxed than last year. Hopefully that pays dividends in July.”

The Official Tour de France Guide is 228 pages packed with information about the race.

Be sure to get your copy this June and be ready for the race in July!