The anticipation is building: the start date of Le Tour 2020 is approaching rapidly. It has been over a year since the previous edition of the world’s biggest bike race, but the action is already heating up in Europe.

New Zealanders can now pre-order the Official Tour de France Guide, to get the complete overview of the 2020 race. With full team listings, and information about all the stages – with maps, profiles, analysis and the fantastic images you’ve come to expect from this popular cycling magazine – you’ll discover the route and more.

The Official Tour de France Guide (AUS/NZ edition) has been published by RIDE Media since 2003.
Usually also available in newsagents,
THE 2020 ‘TOUR GUIDE’ WILL BE DIRECT DELIVERY ONLY FOR NEW ZEALAND CUSTOMERS*. 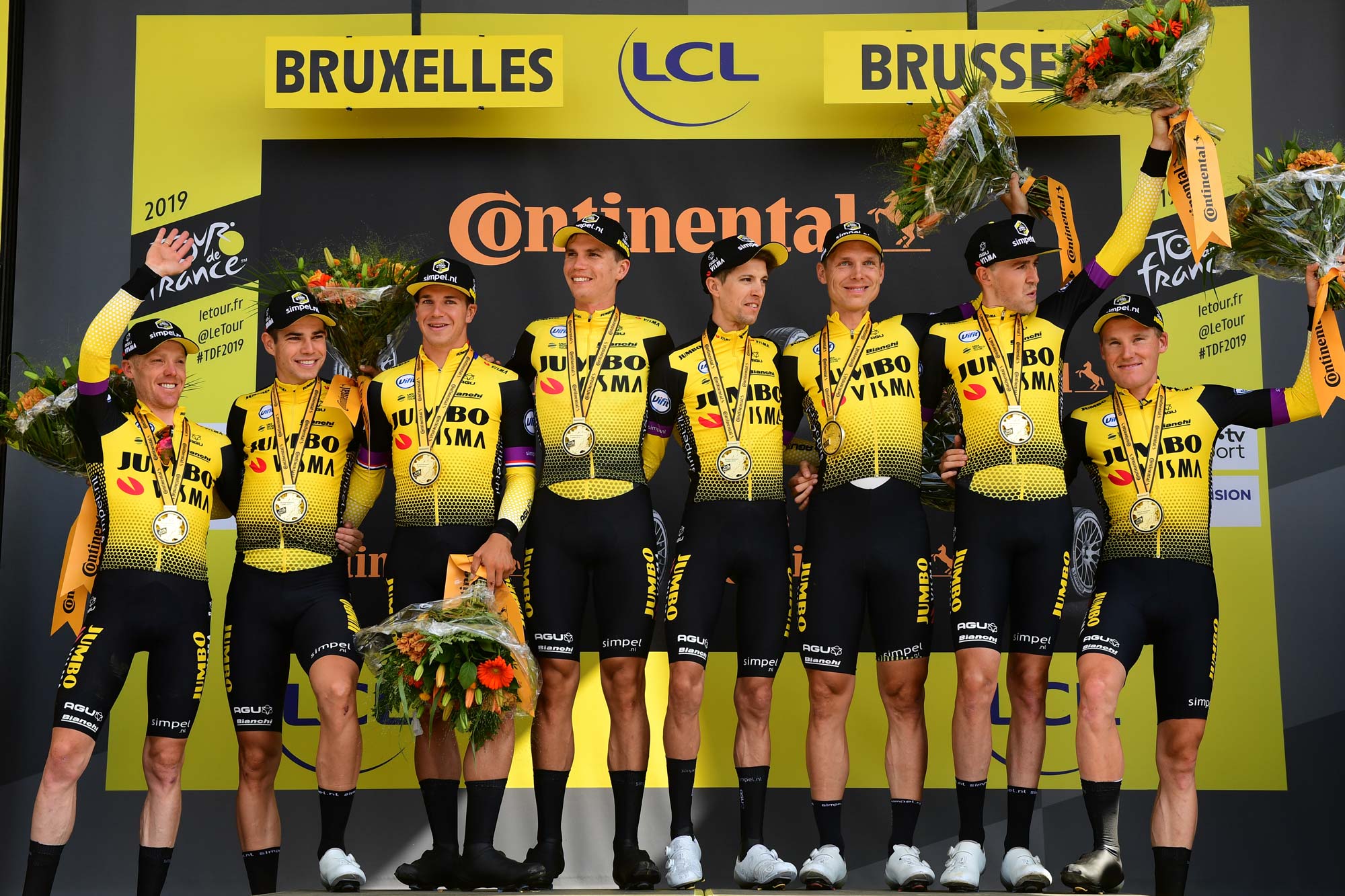 George Bennett (fifth from left) is the latest rider from New Zealand to have won a stage of the Tour de France. He is expected to return to the race in 2020, a year in which his Jumbo-Visma team boasts three of the favourites for the title.

Racing resumes: with a Kiwi influence

In the first major stage race since the hiatus prompted by the pandemic, Kiwi cycling fans have already got good reason to cheer: George Bennett is in fine form, finishing second in the tough third stage of the Vuelta a Burgos in Spain on Thursday.

“I am happy with this result,” said Bennett after finishing second, 18 seconds behind the young Belgian superstar Remco Evenepoel. “It was a fast stage, very hot and very hard.

“When [Esteban] Chaves attacked, I didn’t hesitate for a moment, but Evenepoel was just too strong today. We will see what is in store for us in the coming days. It’s going to be two more hard days.”

George Bennett was a genuine asset for the Jumbo-Visma team in last year’s Tour, offering displays of powerful, rhythmic climbing day after day… and he did all this as a domestique, forsaking personal glory for the sake of a team-mate. In 2020, he’s expected to do the same again… only this time, his Dutch team has three genuine title challengers – Steven Kruijswijk, Tom Dumoulin and Primoz Rogic.

This year’s Official Tour de France Guide (AUS/NZ edition) features a long interview with two of Bennett’s team leaders, Dumoulin and Roglic. They are planning to challenge for the yellow jersey and they will be relying on their Kiwi team-mate to help them when the going gets tough on the climbs.

Of the 606 riders who race on teams that are eligible to start the Tour de France in 2020, there are seven New Zealanders: Bennett, as well as Shane Archbold (Bora-Hansgrohe), Paddy Bevin (CCC Team), Tom Scully (EF Pro Cycling), Jack Bauer, Sam Bewley and Dion Smith (Mitchelton-Scott).

*The distribution agents in NZ have explained that delivery from Australia to New Zealand will take up to three weeks. As the Tour Guide is a time-relevant product, previewing a race that begins on 29 August, RIDE Media will not be selling the magazine in newsagents this year.