SBS has released its broadcast schedule for the 2020 Tour de France, the 30th year the network has shown the race in Australia.

The 107th edition of the Tour de France may be later than usual but Australian cycling fans can look forward to over 100 hours of racing being broadcast on SBS TV. The race begins in Nice on 29 August and concludes in Paris on 20 September.

For the first time since SBS began its long association with Le Tour, the commentary will be done from the studio in Australia, with the usual crew from SBS unable to be on the ground in France for obvious reasons.

There would have already been a strong Aussie accent to the coverage, as Matt Keenan and Robbie McEwen again form the core of the commentary team. In 2020, they will be joined by another TDF regular, David McKenzie who will provide additional insights along with former hour record holder, Bridie O’Donnell.

And, of course, Michael Tomalaris returns to anchor the production. He’s been doing that for 25 years now and, without his enthusiasm for the race – and cycling in general – it’s fair to say that cycling coverage on TV in Australia wouldn’t be as strong as it is in 2020. Many Australians have grown up watching ‘Tommo’ and co. do the show that has introduced thousands to the beauty of bike racing and that tradition continues… albeit without the trip to France.

“The Tour means so much to so many people for different reasons,” said Tomalaris yesterday when the network unveiled its broadcast schedule for August and September. “Sure, it’s a sporting event first and foremost, but throw in the magnificent scenery, the fascinating history, the journey through different regions and the cuisine offerings, and the Tour is an escape for SBS viewers tuning in on the other side of globe.

“It’s a cultural journey without having to leave your lounge room.”

SBS has committed over 100 hours of TV time to the 2020 Tour. The start and finish times vary slightly from day to day but look out for the broadcast from around 9.00pm each day of the race. There will also be highlights packages and coverage on the network’s Cycling Central site.

Below is a summary of the broadcast times for Le Tour de France 2020 on SBS TV. 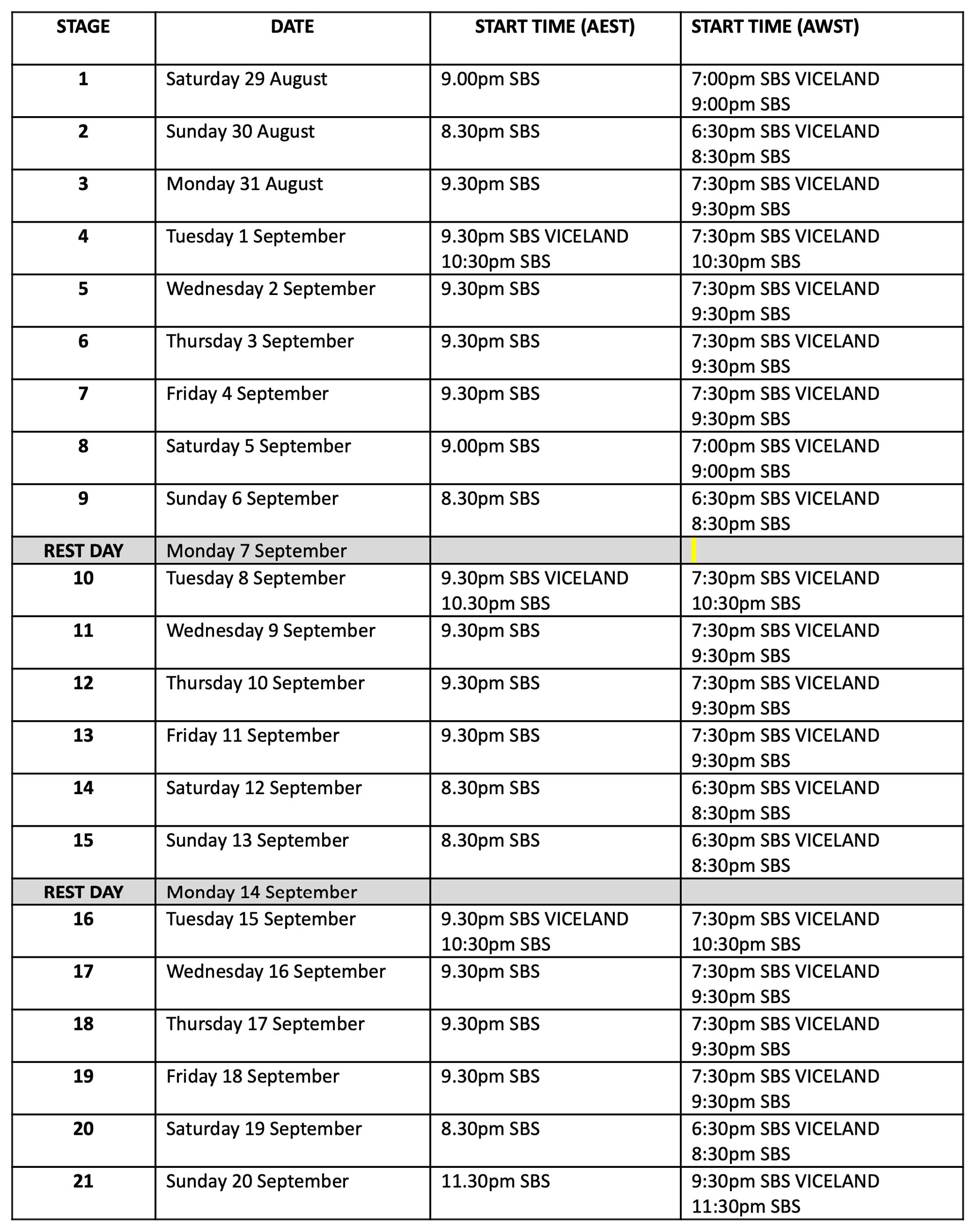